The Clipper 2017-18 Race teams left Seattle today ahead of embarking on their next adventure which takes them to Panama. The intense 4,000 nm Race 10: The Garmin American Challenge is one of two stages in Leg 7. This part of the competition should take the crews approximately 26 days as they sail down the West Coast of the United States towards Central America.

All of the Clipper Race’s eleven teams were given a heroes’ sendoff by large crowds of loved ones and Seattle locals who lined the harbor wall at The Port of Seattle’s Bell Harbor Marina. After a week in its home city, the Visit Seattle team had the honour of leading the Parade of Sail, with the boats showing off their team colours. This farewell celebration included a water cannon guard of honour by the Seattle Fire Department. The crews were also greeted by ‘Swordfish’ one of the US Coast Guard’s boats who accompanied the fleet’s spectacular sail through Elliot Bay. 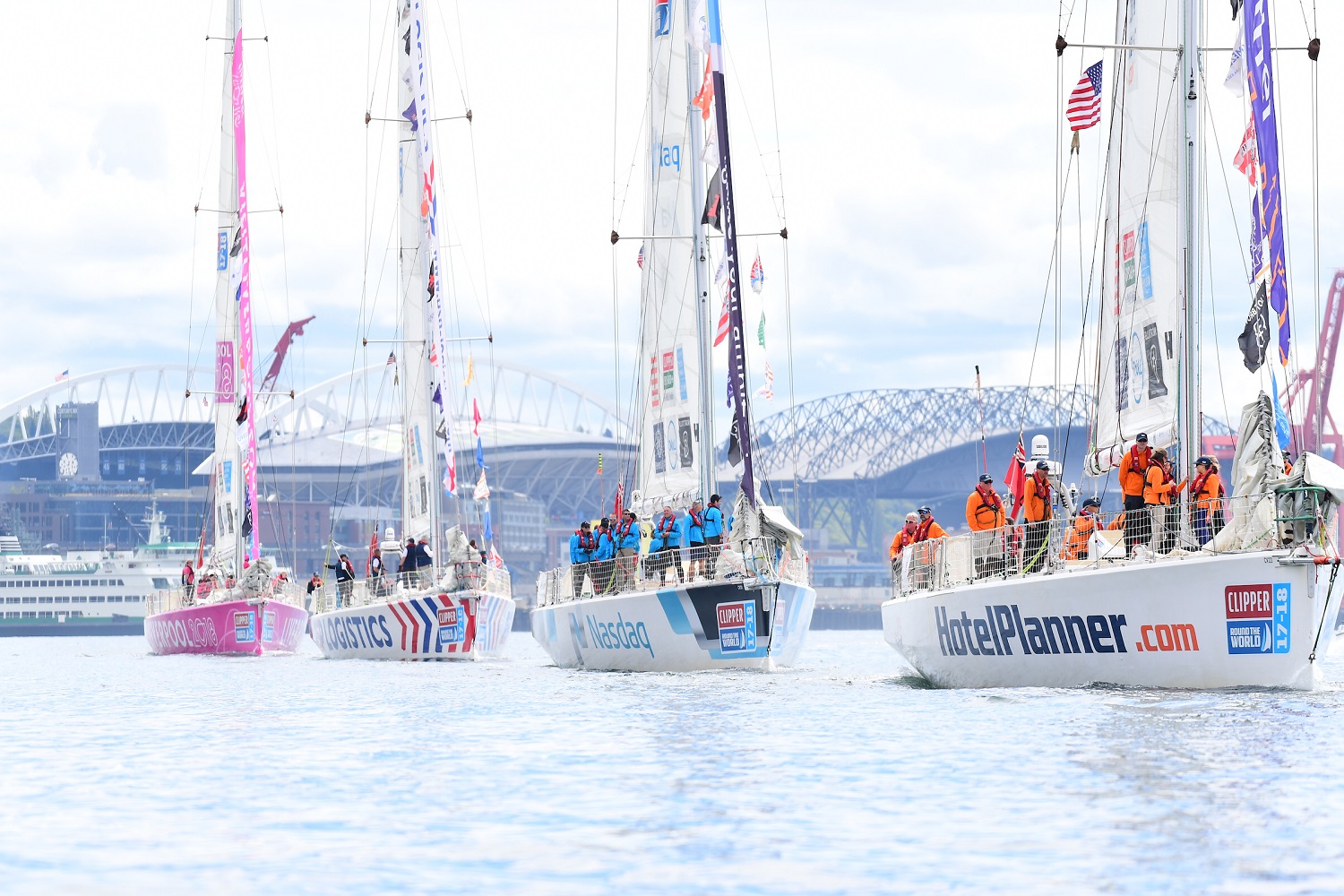 Following celebrations, the fleet then lined up for the start of a short inshore race in front of Seattle’s impressive skyline. There are no points awarded for the inshore race but the results do determine the race line up.

First across the start line was Unicef, closely followed by PSP Logistics in second and GREAT Britain in third. It was a successful start for GREAT Britain team which managed to work its way up into the lead as the fleet rounded the first mark and held off competition from home team Visit Seattle and HotelPlanner.com at the second mark. However, it was Visit Seattle which came out on top, scooping line honours ahead of Sanya Serenity Coast and Liverpool 2018 as it said goodbye to its home port.

Two Visit Seattle competitors have enjoyed some home comforts in the recent race stopover. Seattle residents, Shannon Dean (Nurse, 54) and Marek Omilian (Consultant, also 54) swapped their below deck bunks for their own beds this past week, after eight months away. They are both ‘Round The Worlders’ who were inspired to take part in the Clipper Race after seeing the fleet arrive into the city just two years ago.

Marek says; “It’s been the best stopover for me as I’ve been away from home since last summer. And it’s been phenomenal to have lots of friends and family come out to say goodbye as we head off again.

“In some ways it’s downhill from now on, as we’ve crossed the two biggest oceans (the North Pacific and Southern Oceans) but we’ve still got a big 10,000 miles left to sail. I’ll be welcoming the warmer weather but that brings its challenges as sometimes they’ll be no wind. We’ll also have migrating grey and humpback whales to watch out for as we sail south and they travel north to their feeding grounds.”

Teams are currently out on the water competing in a ‘short course’ race of two laps around Elliott Bay. The results will determine the starting order for Race 10’s Le Mans start which will take place on Monday 30 April after the crews have passed through Puget Sound and into the North Pacific Ocean. 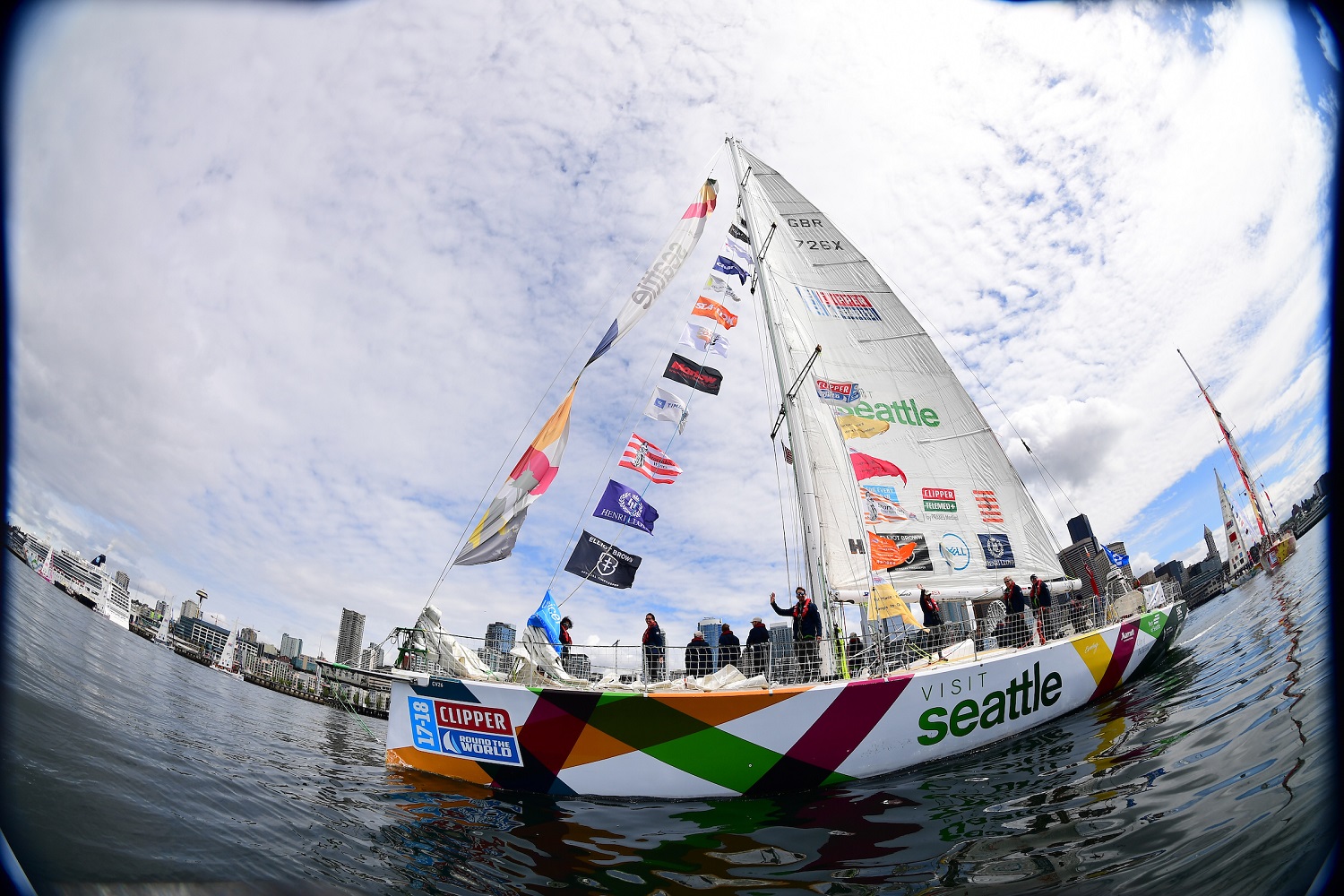 As the Clipper Race departs Seattle for the penultimate leg of its 40,000 nm circumnavigation of the planet, it will be engaging in pioneering scientific research. One of its racing yachts, Visit Seattle, has been fitted with a special sensor, for monitoring the effects of ocean acidification around the US Coast. Read more about this here. 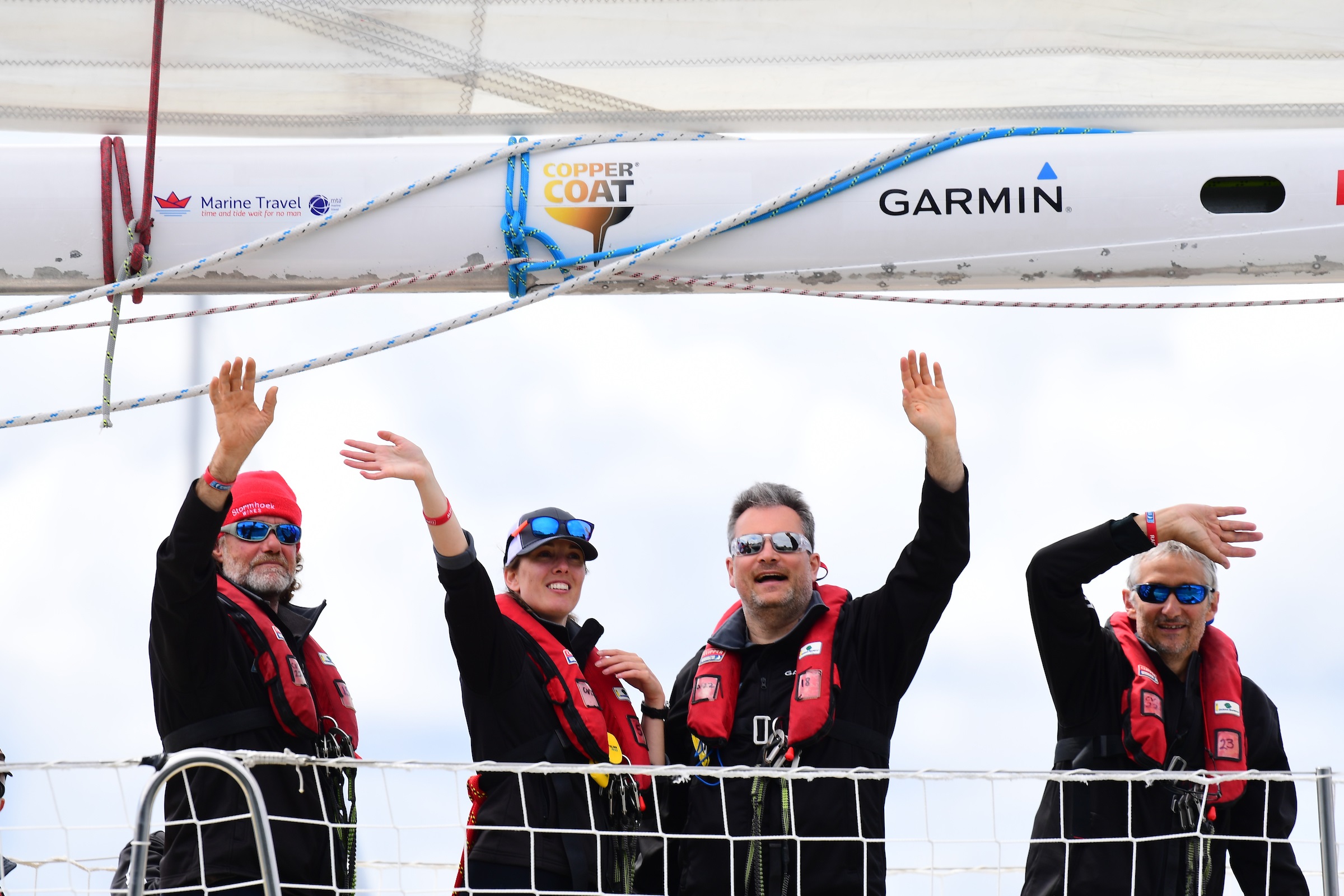 This time two years ago, 23-year old Boitumelo ‘Charlotte’ Malia, from South Africa, an ambassador for the Rainbow Foundation, had…