The Clipper Round the World Yacht Race is set to resume its 2019-20 edition after an almost two year delay caused by the pandemic. The sailing event, which trains people from all walks of life to become ocean racers, was suspended in March 2020 after sailing halfway around the world but is restarting from Subic Bay, Philippines in just three weeks time.

Race Crew from 21 different countries who are competing on this stage of the edition will take part in an intensive week of training from 7 March, before the first point scoring race begins. Once the fleet departs the Philippines, the sailors’ next big challenge will be tackling the mighty North Pacific Ocean, which is known as ‘the big one’. The teams will be racing towards Seattle and expected to arrive in the US city in mid April 2022.

The fleet will then race down the West Coast of America to Panama, where it will transit the Panama Canal, sail through the Caribbean and up to first time Host Port Bermuda. After some much needed R&R, the eleven ocean racing yachts will head to New York, before racing across the North Atlantic to Derry~Londonderry for the city’s Maritime Festival running from 20 July 20 –24 July of which the sailing fleet is the centre piece. Then there’s one final sprint, with London’s Royal Docks hosting Race Finish.

The Clipper Race is the only event of its kind which trains people from all walks of life to become ocean racers. Participants sign up to compete in one or multiple legs, or the full eleven month and 40,000nm circumnavigation. The age of its crew ranges from 18 to 70+ years old. Founded by Sir Robin Knox-Johnston, the first person to sail solo and non-stop around the world, the sailing event recently celebrated 25 years since its first edition in 1996. 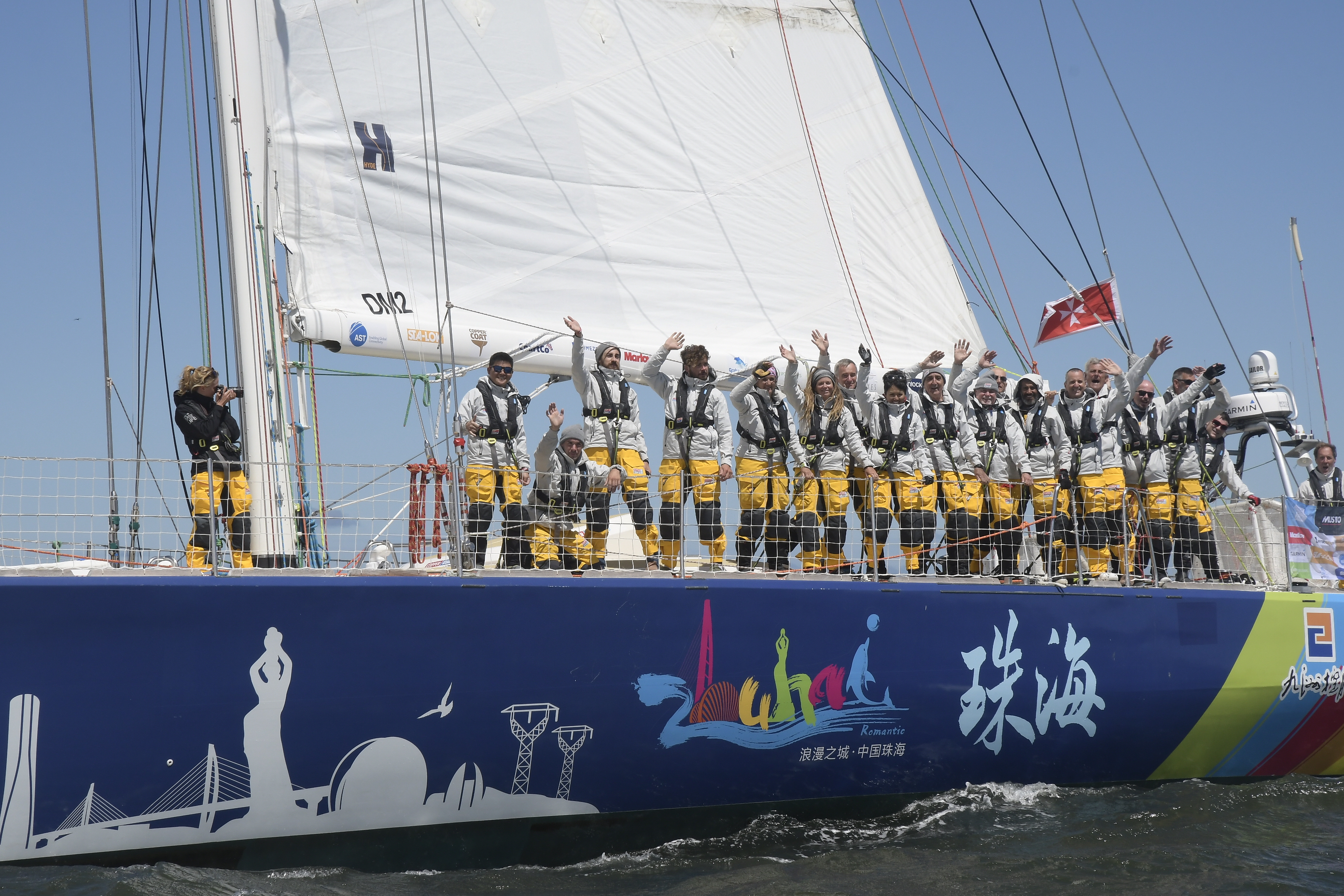 Image: The crew on board Zhuhai

Sir Robin said: “This will have been the longest edition in our 25 year history. We appreciate it has been a long wait for our crew competing in the outstanding stages of this circumnavigation but we can’t wait to get our teams racing again and continuing the Clipper 2019-20 Race.”

Prior to the event being put on hold, the teams had left London in September 2019, then raced over 20,000 nautical miles (nm) with stops in Portimão (Portugal), Punta del Este (Uruguay), Cape Town (South Africa), Fremantle and The Whitsundays (Australia). The Clipper Race fleet has remained in Subic Bay Yacht Club since March 2020 after organisers and Race Crew had to return home. 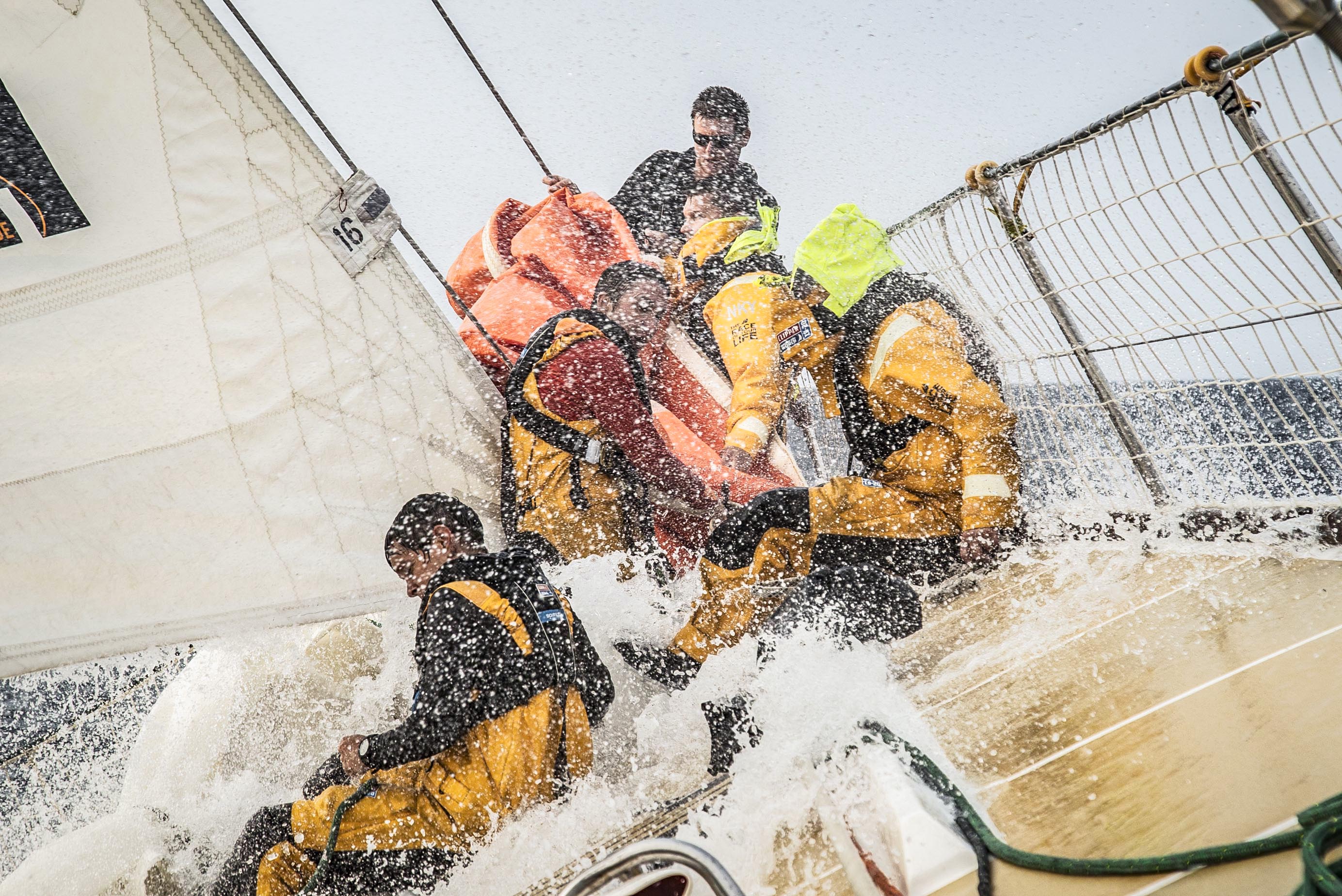 Before the current edition was postponed, Clipper Race Crew had crossed the Atlantic Ocean (North and South) and Indian Ocean, raced towards the Roaring Forties, and sailed around the Australian coast. They have also crossed the equator twice, experienced tropical heat and frigid cold and faced huge seas and flat calm.

Unfortunately, due to government restrictions, Chinese Host Ports, Sanya, Zhuhai and Qingdao are unable to secure the required permission to allow their cities to host the Clipper Race as planned. But the cities will still be present on the remainder of the sailing route through the three teams bearing each city’s name and the local people chosen as ambassadors to represent the Chinese destinations.

In November 2021, the Clipper Race received a special event permit from the Philippines and has since been working closely with its government and local departments in Subic Bay to arrange the entry and logistical requirements and health protocols for the event.

** This date is a best estimated date as Clipper Ventures is not in control of the Panama Canal scheduling. The race shall start as soon as all yachts are through the Canal and on the Caribbean side

Follow the race as it resumes via the Race Viewer.

After a lengthy pause due to the global pandemic, Clipper Race officials, skippers, additional qualified persons (AQPs) and crew members…

The support of family and friends is priceless for our Race Crew as they spend up to a year away from home racing around the world through some of the most remote and extreme expanses of ocean. Equally as invaluable is the support available…