Over the last five years the annual regatta has provided alumni crew of the race to come together and continue to celebrate their achievements on the water. The weekend kicked off with a gathering at the CRYC Clubhouse at Hardy’s of Haslar on Friday, followed by the crew members forming four teams on board the Clipper 68-foot ocean racers for two days racing.

The wind was very light but provided just enough gusto for a competitive race which saw line honours go to the team led by former 2011-12 race skipper, Ian Conchie, who dedicated the win to his father who passed away a month ago. Ian’s father Peter taught him to sail and passed on his love of the water.

Unfortunately, Ian and his team were disqualified from the race due to a direct hit with a water balloon which caused CRYC Commodore and former race crew member, Neil Withers to lose a lens from his sunglasses! This saw first place awarded to skipper Gareth Glover and his team and the "Oh so Close" award presented to skipper Emily Caruso and her team. Skipper Pete Stirling and his team walked away with this years 'De Mowbray' award for their efforts. 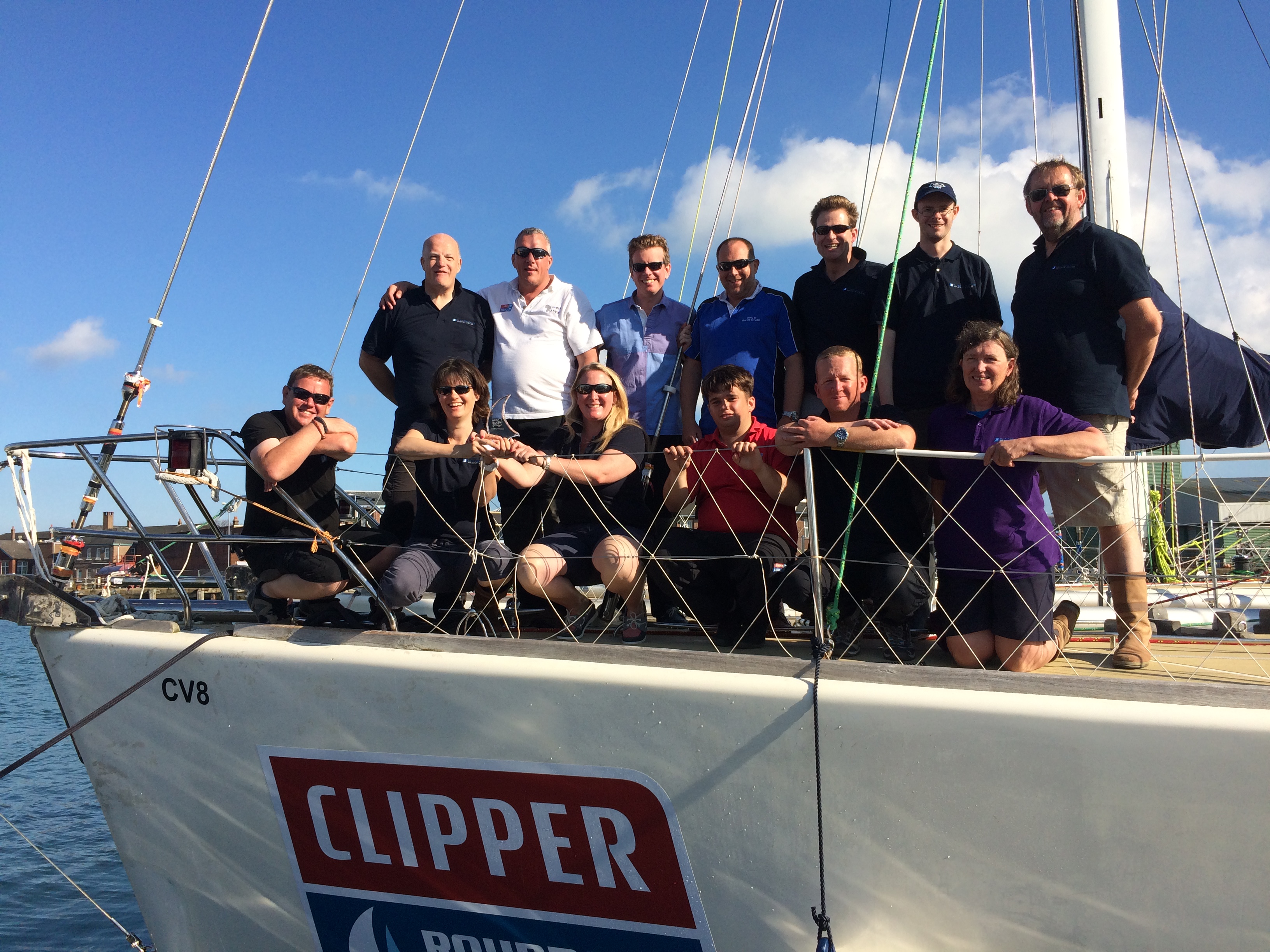 The weekend included the traditional Red Socks charity auction which raised an outstanding £4,200. CRYC events Coordinator, Emily Caruso said: “This year the CRYC wanted to pay respects to the late Andy Ashman on board IchorCoal during this year’s race and so as a staunch supporter of the lifeboats it was decided that funds raised would be donated to this cause. Friends of Andy and London Ambulance crew members Ian and Lesley joined for the evening and were presented by Sir Robin Knox-Johnston with the funds raised - A big thank you to all who donated to the cause.”

Last year the CRYC participated in the inaugural Bart's Bash, the event created by The Andrew Simpson Sailing Foundation to remember the Olympian Andrew Simpson that sadly passed away during the last Americas Cup campaign. This continued as members again took part in the global sailing event as part of the Red Socks celebration.

Overall the sun was shining and the breeze was enough to see skipper Ian Conchie take the Bart's Bash trophy from last year’s CRYC winner, Clipper 2013-14 Race skipper, Ollie Cotterell. Skipper Ian and his team were presented with the much coveted trophy in a small pontoon presentation to round off the weekend.

Emily adds: “An amazing time was had by all during a weekend that was inspired by three sailors - all of whom I'm sure were very much there with us in spirit.”

The Clipper Race Yacht Club was set up in 2009 and has more than 840 members worldwide. It is the only club in the world that requires an ocean crossing qualification and has more circumnavigators in its membership than any other club.

Membership is exclusive to anyone who has participated in the Clipper Round the World Yacht Race.

For more information on the CRYC and how to be part of this unique group of adventurers, click here.

After their global adventure some crew go back to their previous lives and occupations, some decide on a future in the marine industry, and some take time out to assess their next move in life or make a total career and life change – but…

More than 3,300 crew members from around the world have taken part in the Clipper Race since the pioneering crew…

As we approach the twentieth anniversary year of the race, we want to celebrate the years of adventures by sharing crew members favourite memories in our alumni photo competition.There is just a week left to enter the competition, which closes on 25 May and is…