It’s time to turn the focus on Dare To Lead and its Clipper 2017-18 Race highlights. The team, self-nicknamed ‘The Dark Horses’, was skippered by Dale Smyth and finished seventh in the overall standings.

Team Partner Dare To Lead is unique in that it promotes an inspirational concept rather than any particular organisation or geographical location. Founded by former Clipper Race crew member Dirk van Daele it sailed under the flag of teamwork, determination and leadership. These principles certainly came into play in Race 2 when Dare To Lead sealed second place with one of the closest podium finishes in race history. After leading the 3,560 nm race for most of the journey from Punta Del Esta, Uruguay to Cape Town, South Africa, the team finished just under 18 minutes behind first placed team Greenings.

Despite narrowingly missing the top spot, the team had played its Joker Card and so received a bounty of 22 points. And Skipper Dale is a Captonian, so arriving into his home city with a podium position was all the more sweeter. Dale said: “It’s incredible and this is going to be the highlight of my race for sure - a homecoming, seeing my kids and wife and just being in my city.” 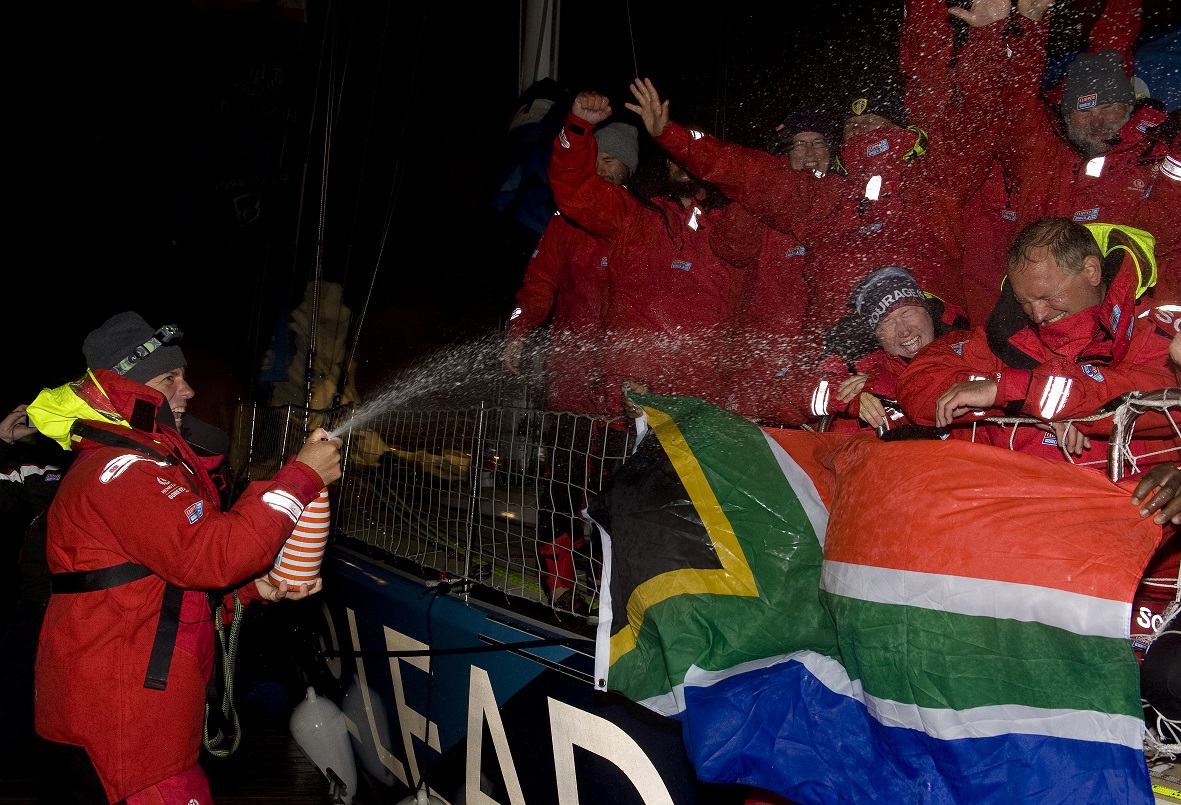 Cross race teamwork came into action in Race 7 when Dare To Lead came to the assistance of Liverpool 2018 who were in need of a replacement water maker. The transfer was carried out during the motoring phase of the Doldrums Corridor, in the race between the Whitsundays, Australia, and Sanya, China. The team was awarded redress for their efforts and so after crossing the finish line in third, the redress of 1 hour and 24 mins meant they scooped second place overall.

Race 7 also saw the teams in the Clipper Race cross the equator and it was a time for reflection for Jenny Hall, a Dare To Lead round the world crew member. Jenny said: “Still being excited six months in makes me feel incredibly lucky. There is an element of being on board that you have to choose your attitude. You have to wake up for every watch and choose to walk into the galley and on deck with a smile on your face. This is made much easier when you have a fun, 'up for it' crew and when you're sailing well and up amongst the front runners.” 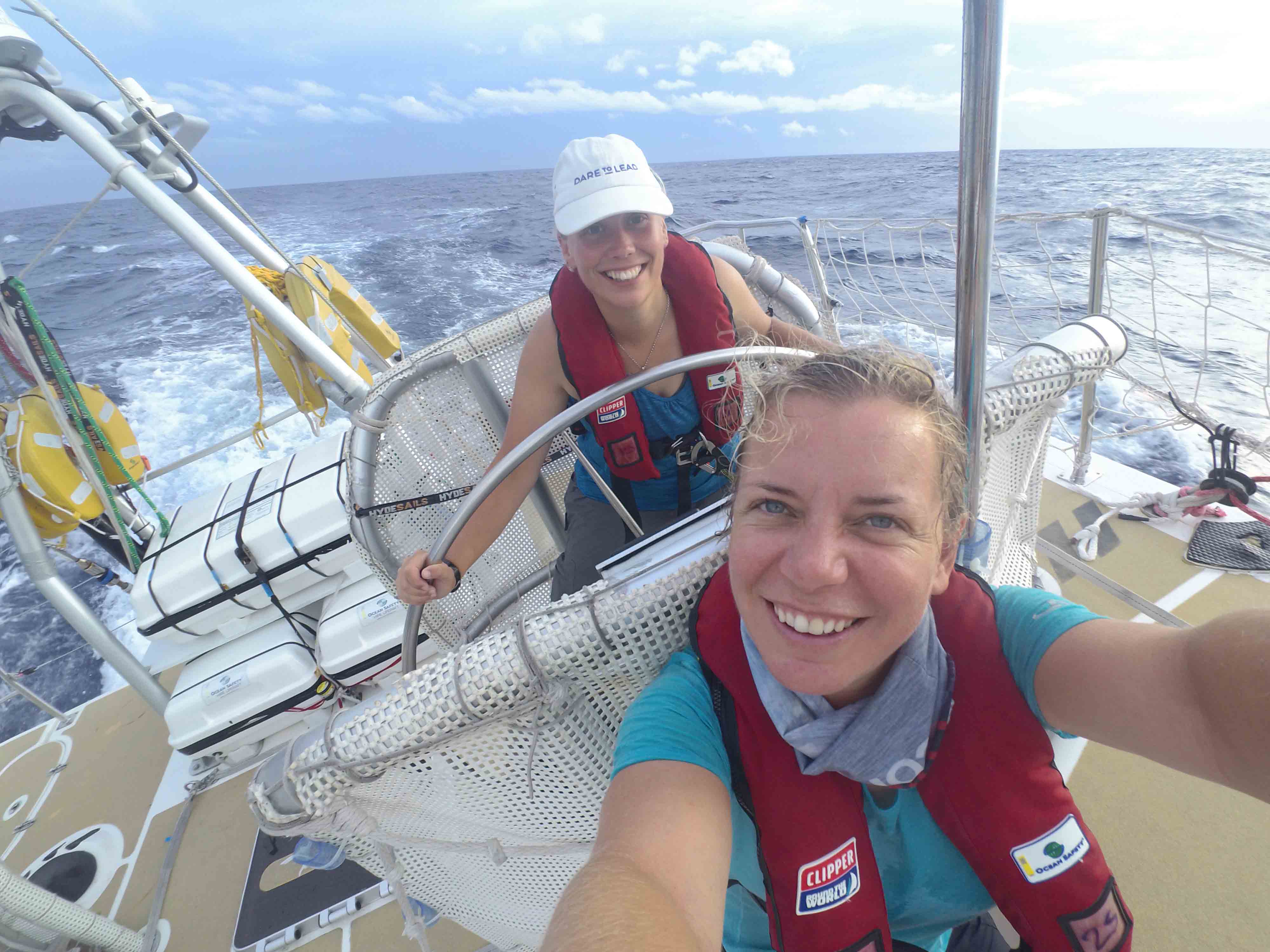 One of the best wildlife sightings of the entire Clipper Race was captured on camera by Dare To Lead. During Race 10: The Garmin American Challenge, from Seatte to Panama. The crew experienced an extraordinary encounter with a whale off the southwest coast of Mexico. The whale, almost in touching distance, swam alongside the yacht for just under an hour, showing off by rolling onto his back.

It was a race highlight for crew member Emily Dixon, from London, UK, saying: “I was in heaven for forty-five minutes as he swam from side to side, rolling over showing his belly, almost rubbing up against us. I laughed, cried and jumped for joy as he repeatedly came up to us and I really think he loved it as much as we did. I will never get bored of seeing such huge and graceful creatures out where they are meant to be, reminding me that I am as small as a pea in comparison.”

The whale was a lucky mascot for the team as they went on to win Race 7. The team took victory after displaying some brave tactics as they broke away from the rest of the pack who were hugging the Mexican coastline. Dare To Lead remained west and finished first ahead of Visit Seattle and GREAT Britain. 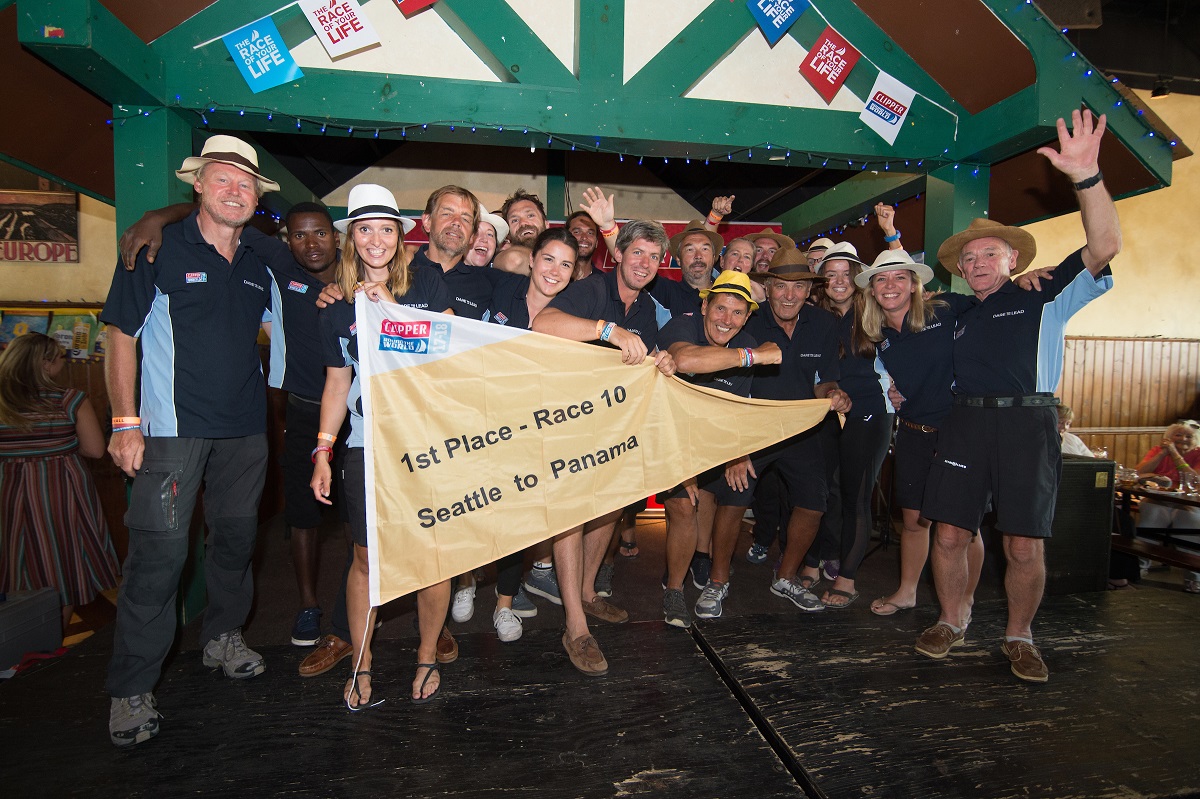 On the win, Skipper Dale Smyth spoke about how his team gave everything they could to keep ahead of their competition. He says: “We kept sailing and milking every little bit of boat speed we could muster in the 6 knots of wind and eventually crossed the line with 33 miles in the bag.” The team also gained three bonus points from the Elliot Brown Ocean Sprint, making it a race to remember.

Dare to Lead arrived into Liverpool in seventh place in the overall standings. Skipper Dale Smyth said: "I can hardly believe we have officially circumnavigated the globe! My crew have worked so very hard through relentless repetitive watches. Through cold and heat, through storms and suffocating calms, they have all individually and with their own characters added to the success of this epic achievement." 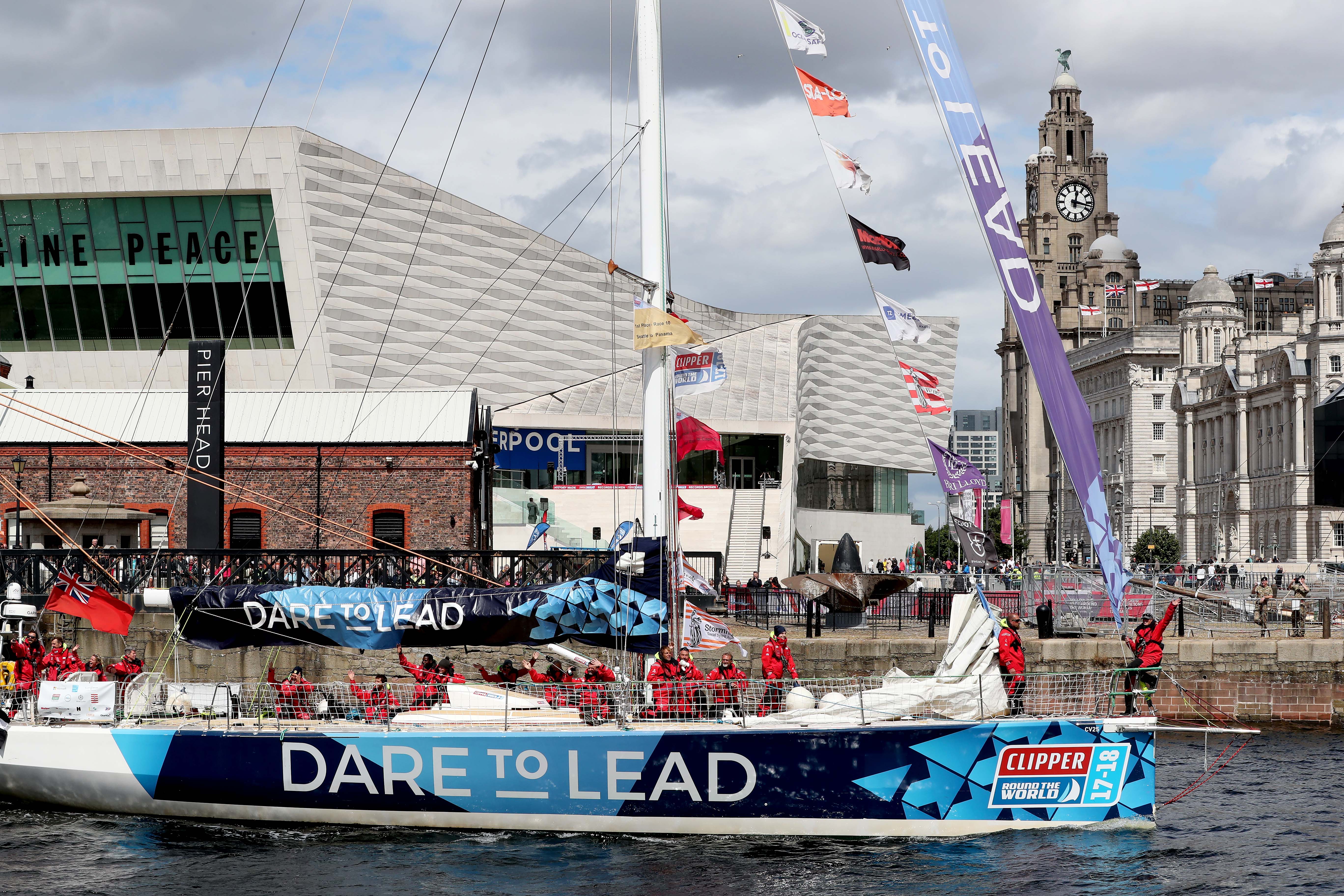 Charlotte Garratt, a circumnavigator aboard Dare To Lead has reflected on the Clipper Race being much more than just a competition. She says, “The sailing really does come second to the people on this race, we are all here for our own reasons yet come together as one to make sure that we get through this.

“I think it may take me a while to fully comprehend that its all over as well as all that I've achieved. I thank you and apologise in advance for all the stories that I shall be telling for the rest of my life!”

One year ago today, the World Heritage Royal Albert Dock Liverpool was a hive of activity as hundreds of Clipper Race crew members were waved off by friends, family, and the public as they embarked on an adventure of a lifetime.Much can…

As we continue to look back at Clipper 2017-18 Race team highlights, today we are shining the spotlight on Liverpool…