Clipper Race Crew, Skippers, AQPs, Race Office and Race Crew Supporters came together for a double celebration; the highly-anticipated Prizegiving Ceremony to honour the achievements made during both Race 9 (which took place in the Philippines pre-pandemic in 2020) and Race 10. The Prizegiving was set against Seattle’s stunning waterfront at the famous Ivar’s Acres of Clams. 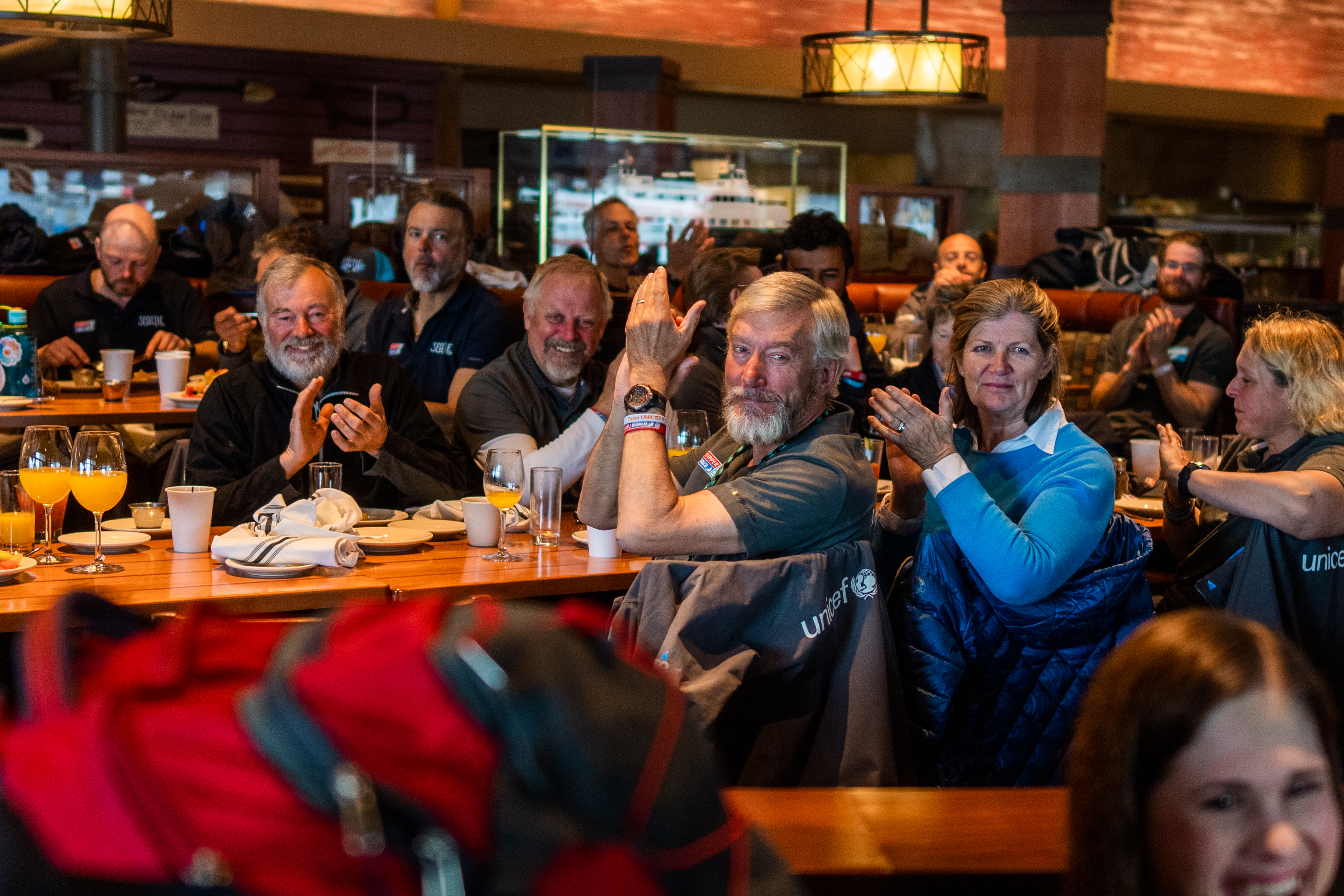 Following opening remarks from Clipper Race Director Mark Light, Clipper Race Founder and Chairman Sir Robin Knox-Johnston welcomed everyone, thanking the Host Port partners and congratulating the intrepid Clipper Race Crew on their remarkable achievements: “I want to say - fantastic! Well done. Not many people sail the North Pacific and not many people realise the weather conditions are identical to the roaring forties in the Southern Hemisphere. It’s a very tough leg - undoubtedly the toughest leg on The Clipper Race and you’ve come through it and that gives you bragging rights. Give yourself a big cheer as you have achieved!

He added: “I always say after the race you can say ‘that’s the best thing I’ve done in my life - so far!’” 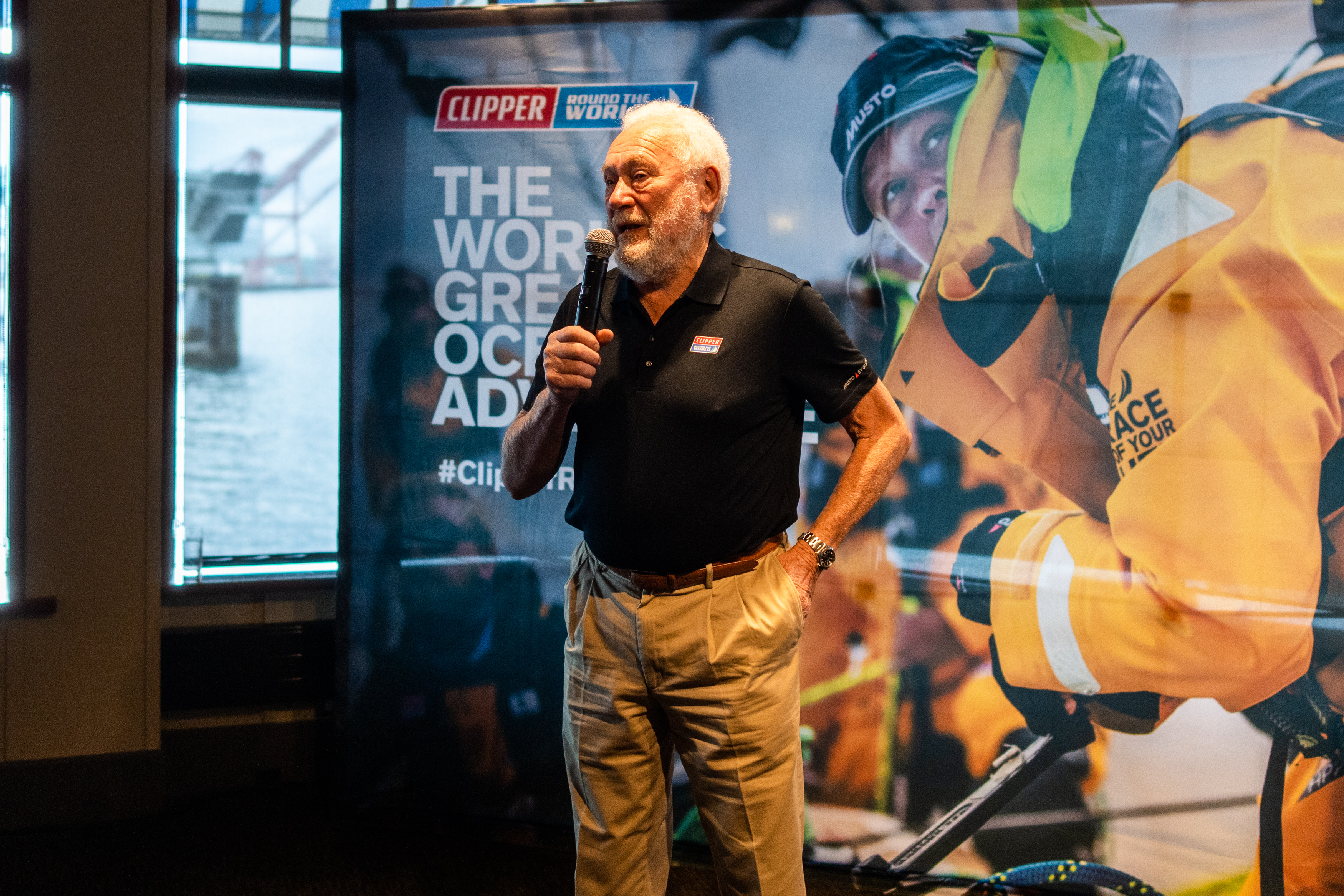 Beth Knox, President of Seattle Sports Commission, Rob Leslie, Director of Partnerships & Destination for Visit Seattle and Brad Olsen, Sr. Manager Maritime Marketing Port of Seattle, then provided a warm welcome to the Host Port of Seattle saying: “Welcome! I know your journey started nearly three years ago and you’ve been through so much. Not only have you had an arduous 35 days getting here but so much uncertainty leading up to this point. You are all truly an inspiration to all of us in Seattle.

“We are so happy you have stopped here and it’s a pleasure on behalf of The Seattle Sports Commission, Visit Seattle and The Port of Seattle to welcome you all here! Congratulations to you all.” 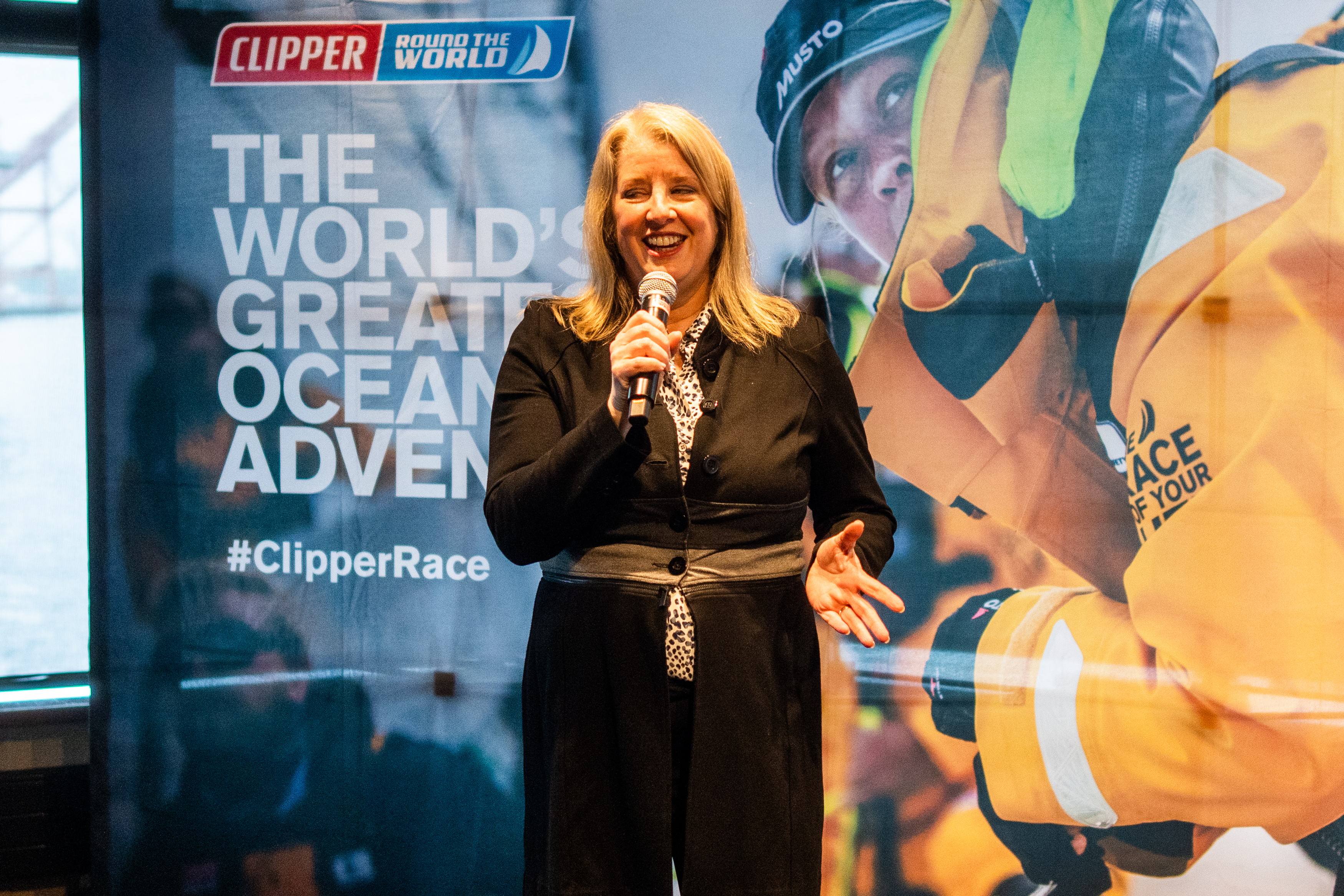 The first race to be celebrated was Race 9: The WTC Logistics Tri-Race. This race concluded in Subic Bay, The Philippines, in March 2020 and following a two year pause to proceedings due to the pandemic, memories of an eventful, tactical four days in the South China Sea competing in Race 9 came flooding back.

With the short unique point-collecting triangular route, including three Dell Latitude Rugged Ocean Sprints, of which teams had to declare which two of the three ocean sprints they would enter, it was a choppy, tactical race. Ha Long Bay, Viet Nam topped the podium for the second time in the 2019-20 edition and it was to be the sixth podium result out of eight races - a phenomenal achievement. Punta del Este and Visit Sanya, China clinched the other sought-after podium places respectively.

The Media Prize, which recognises the contributions made by the Race Crew in sharing the stories of their experience on board, was next to be awarded. When selecting the winner, the crew blogs, images and video footage are all taken into account. It’s a tough decision to be made by race organisers, with so many brilliant moments captured during the race that give supporters a glimpse of what life is like on board a Clipper 70. The award for Leg 6 went to Danny Lee on board Unicef, who captured the video titled '50 knots and I am still in Crocs’. Special mentions went to Chris Ball on Zhuhai for his ‘Big Wave’ video, and Maddie Church on GoToBermuda for her ‘Life on Board’ blog.

Danny Lee said: “I’m buzzing! I can’t believe how crazily viral the video has gone! I was hoping that I would win, and to get three media prizes in a row is amazing! For Unicef to get second place in the race and then to win the Media Prize- it’s just fantastic.” 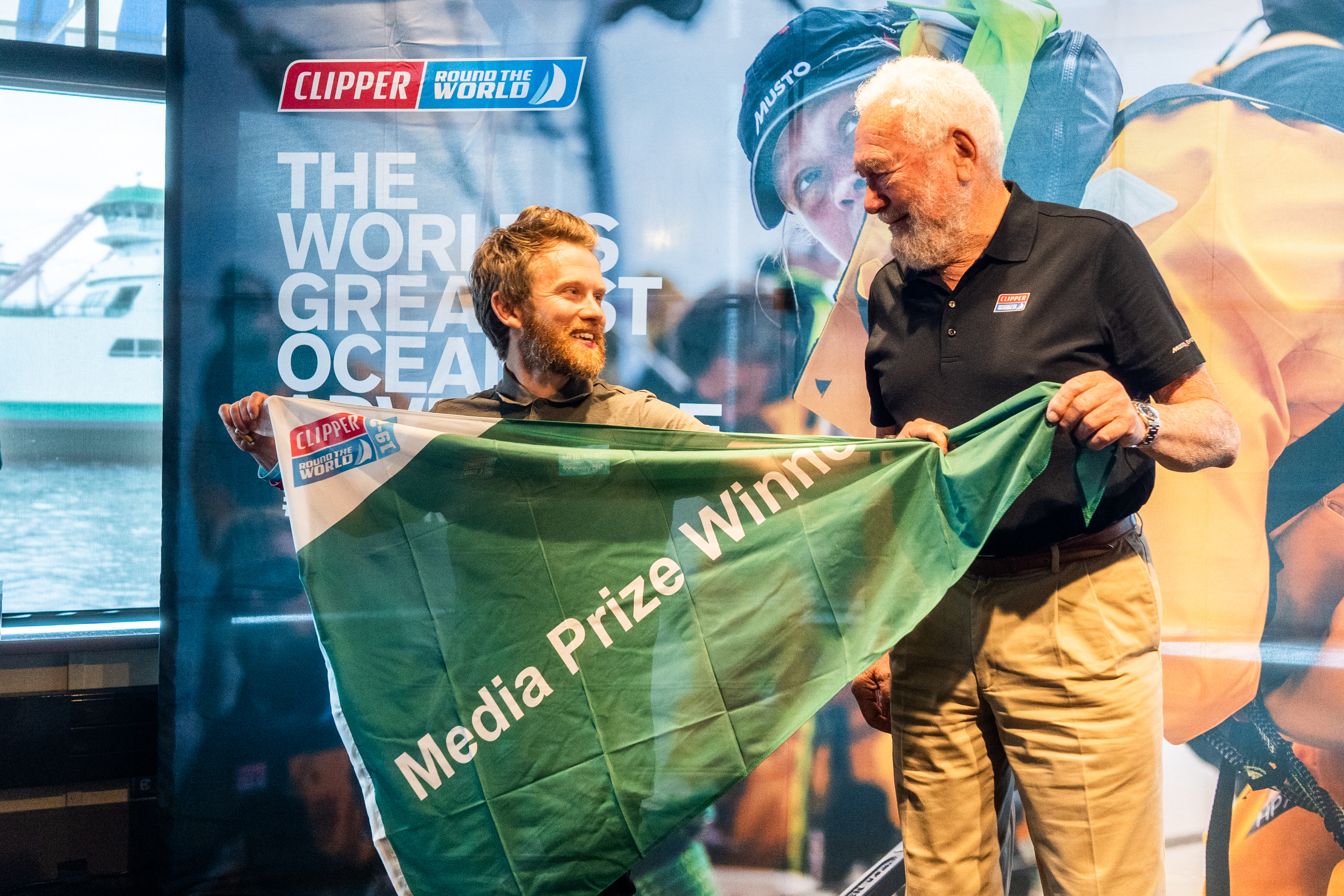 Further to the Media Prize was the announcement of the Hyatt photo competition. Crew on Leg 6 were encouraged to send in photos whilst racing that captured the rugged, stripped back conditions on a Clipper 70 in the North Pacific- the opposite of the comfort and luxury - to be in with a chance of winning a stay in one of Seattle’s Hyatt hotels. Inigo Barbed on Zhuhai, Charlotte Mitchell on WTC Logistics and Paul Harwood on Dare To Lead all won a night in one of the Hyatt hotels in Seattle during the stopover.

Mark Light, Clipper Race Director, then provided a Unicef fundraising update. So far, efforts of Clipper Race Crew, their supporter and the Race Office has totalled over £338,995. He congratulated everyone for all their fundraising efforts, and announced the top three fundraising teams. In third was Visit Sanya, China, then WTC Logistics in second and Unicef coming out on top having raised an incredible £100,964.48.

Finally, it was time for the biggest cheers and celebrations of the day as everyone came together to mark all that has been achieved in Race 10: Sailing City - Qingdao Cup, a mega bucket-list challenge, which turned out to be a thrilling race that came down to the wire.

The Scoring Gate podium spots, virtual gates where the first yacht to pass through secures three valuable bonus points, the second receives two and the third team through is awarded one point, were awarded to WTC Logistics (third place), GoToBermuda (second place) and Unicef (first place).

Onto the race podium, and after battling a wind hole in the final homestretch, Punta del Este sailed across the finish line in third place. The team was in great spirits as they took to the stage to celebrate their third podium of the 2019-20 edition, which also cements their position in third place on the overall leaderboard. 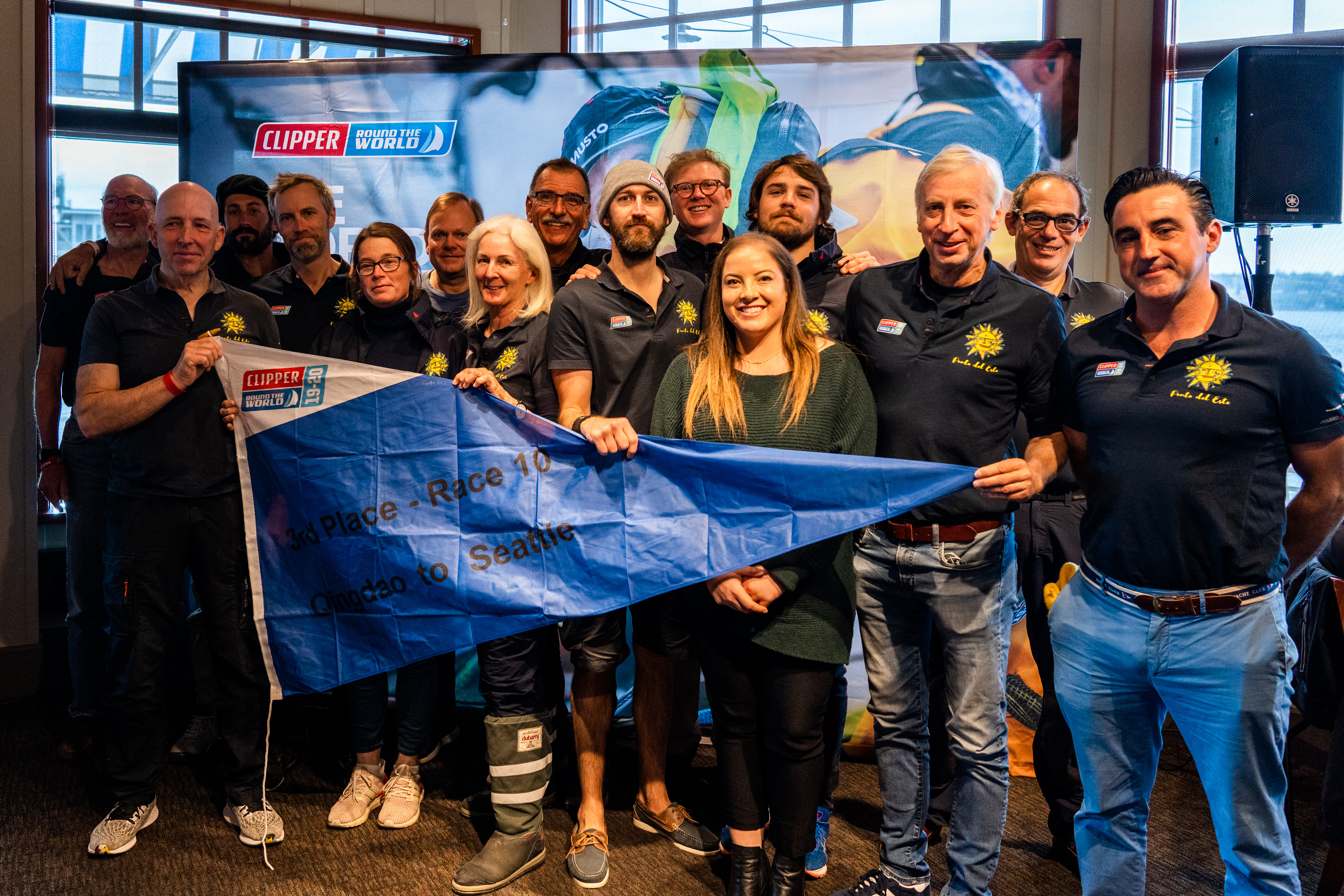 The Unicef team then took to the stage to celebrate their impressive second place result - crossing the finish line just 2 hours and 53 minutes after the frontrunners. 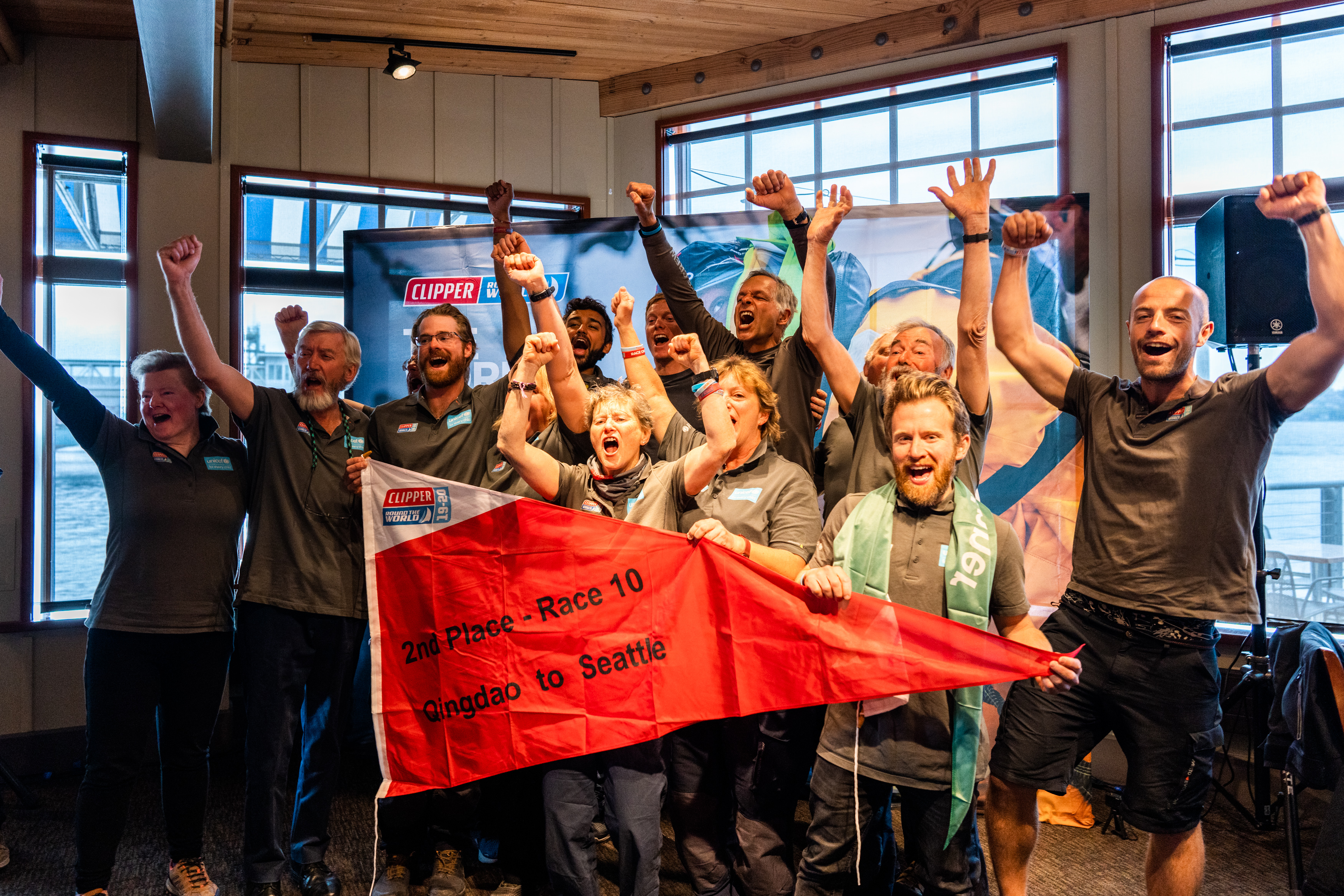 Victory for Race 10 was claimed by a jubilant WTC Logistics team, which received the biggest cheers of the day. Led by Skipper Dan Jones and First Mate Ineke van der Weijden, the crew were presented with their pennant by Beth Knox, President of the Seattle Sports Commission. 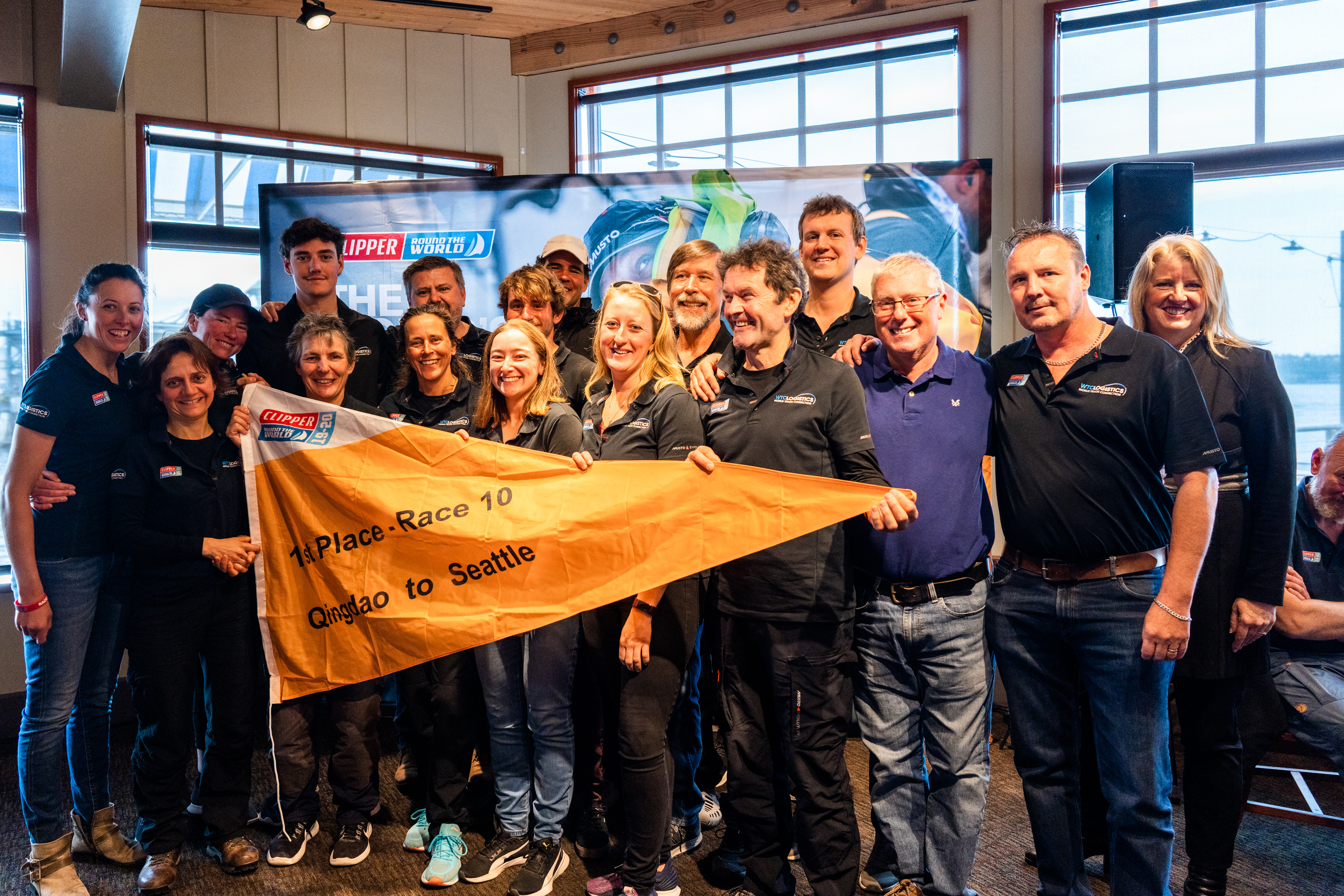 This latest leg, Leg 6, has offered a real chance to shake up the race standings, with points being collected from the multiple opportunities by a variety of the teams. Whilst the leaderboard is subject to change pending any penalty points, the leaderboard as its stands before Ocean Sprint results, which will be announced in the next few weeks, is: 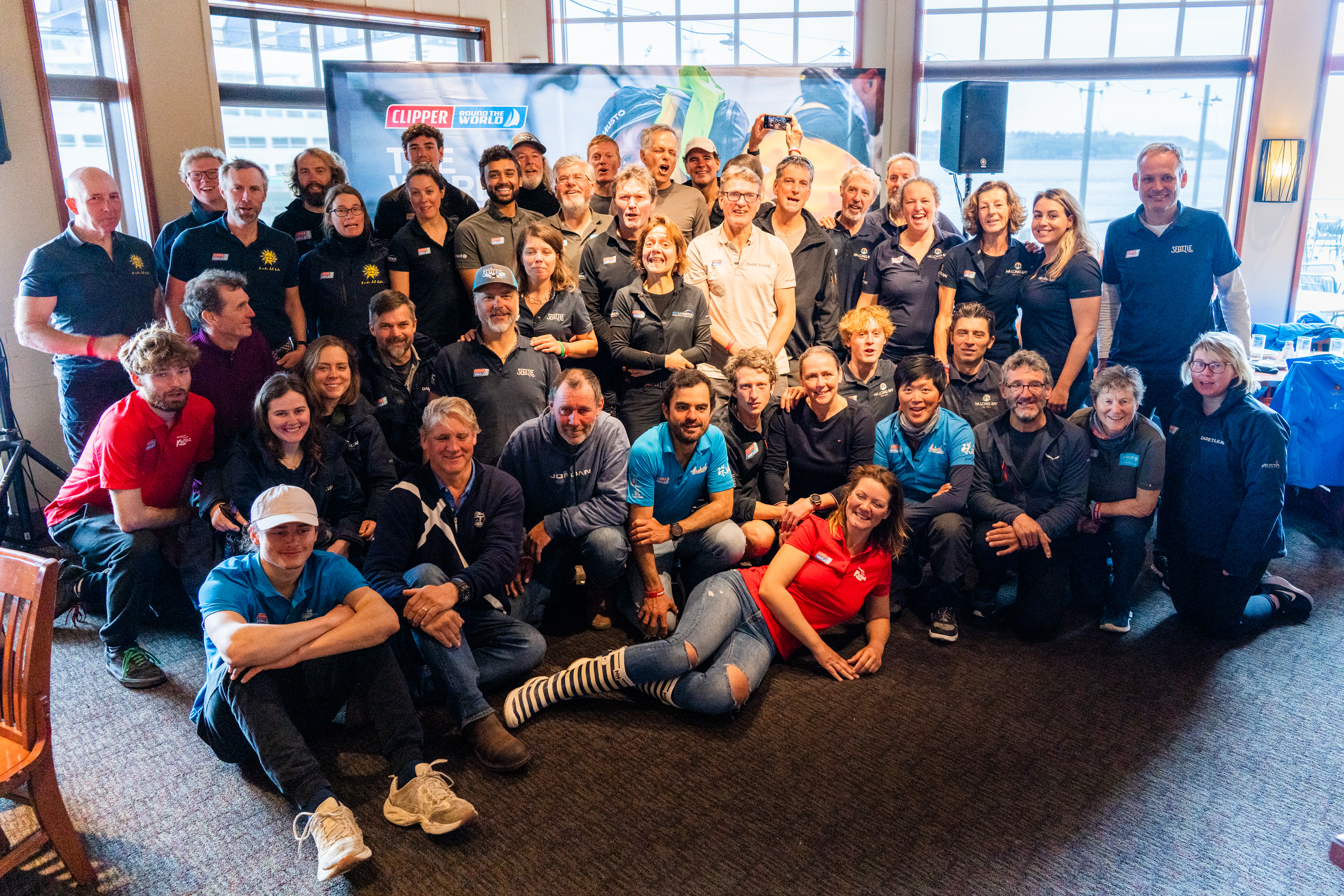 Now docked alongside in Seattle, the ten teams are preparing for the next leg, Leg 7, to get underway on Saturday 30 April - and taking in everything that the Emerald City has to offer. Keep an eye out on the News Hub and Clipper Race social media pages for stopover updates.