Climate action is the theme for today’s Earth Day 2020. The environmental movement is celebrating its 50th anniversary this year and this encourages the public to “seize all the tools and actions that we have, big and small, to change our lives and change our world, not for one day, but forever.”

The Clipper 2019-20 Race has been engaging in research efforts, collecting ocean and weather data, over two legs of the race. The data collection is being utilised around the world and the projects’ aims are to monitor climate change and the impact it is having on the ocean. This citizen-science driven project has empowered Clipper Race Crew from all walks of life to contribute to important global scientific research.

The global sailing event travels through some of the most remote places on the planet and therefore is able to collect data that would otherwise be difficult to access. In Cape Town, race organisers collaborated with a team of experts to enable the deployment of drifter buoys on the Southern Ocean Leg from Cape Town to Fremantle. 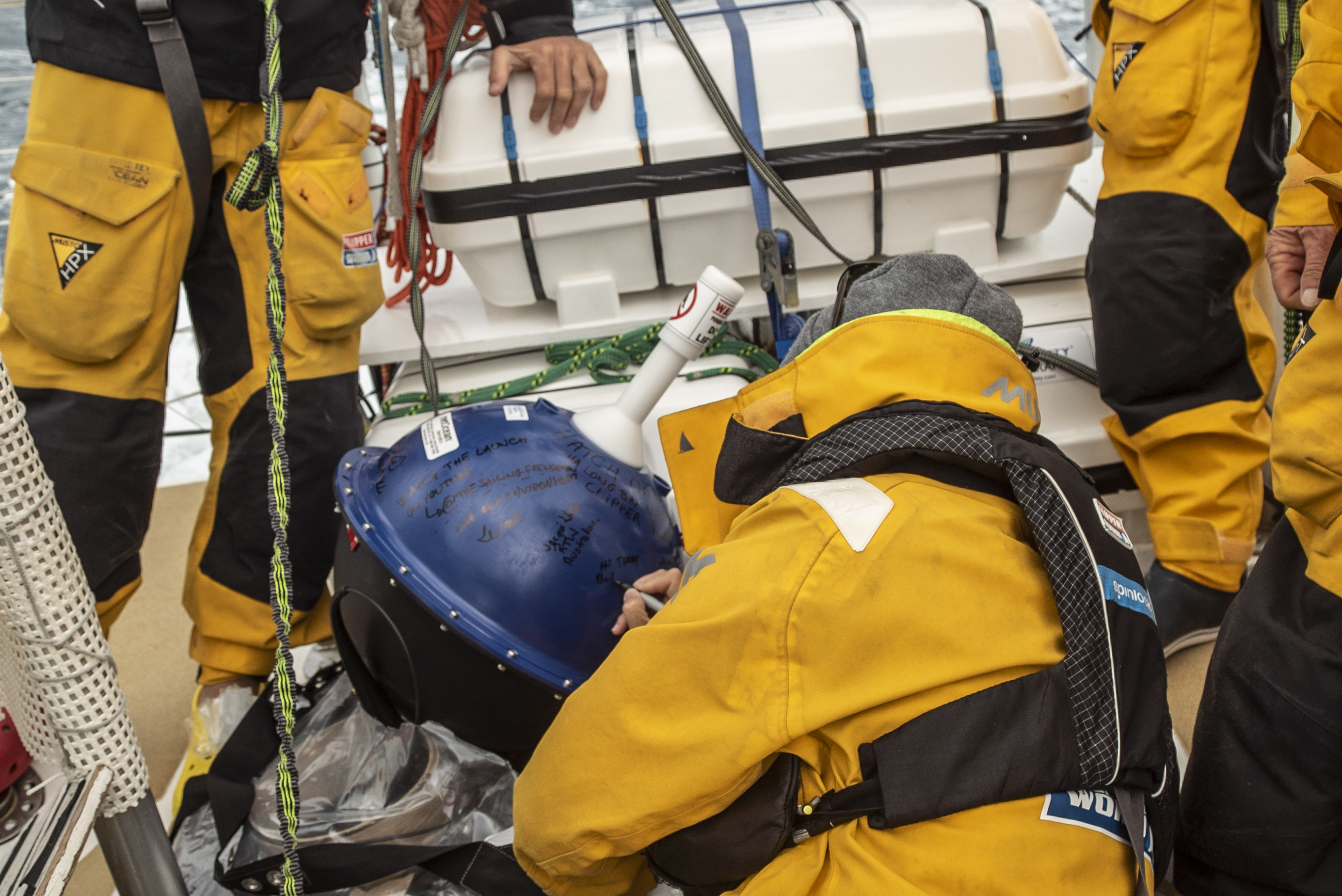 Ha Long Bay, Viet Nam crew sign their drifter buoy, before it is released into the ocean 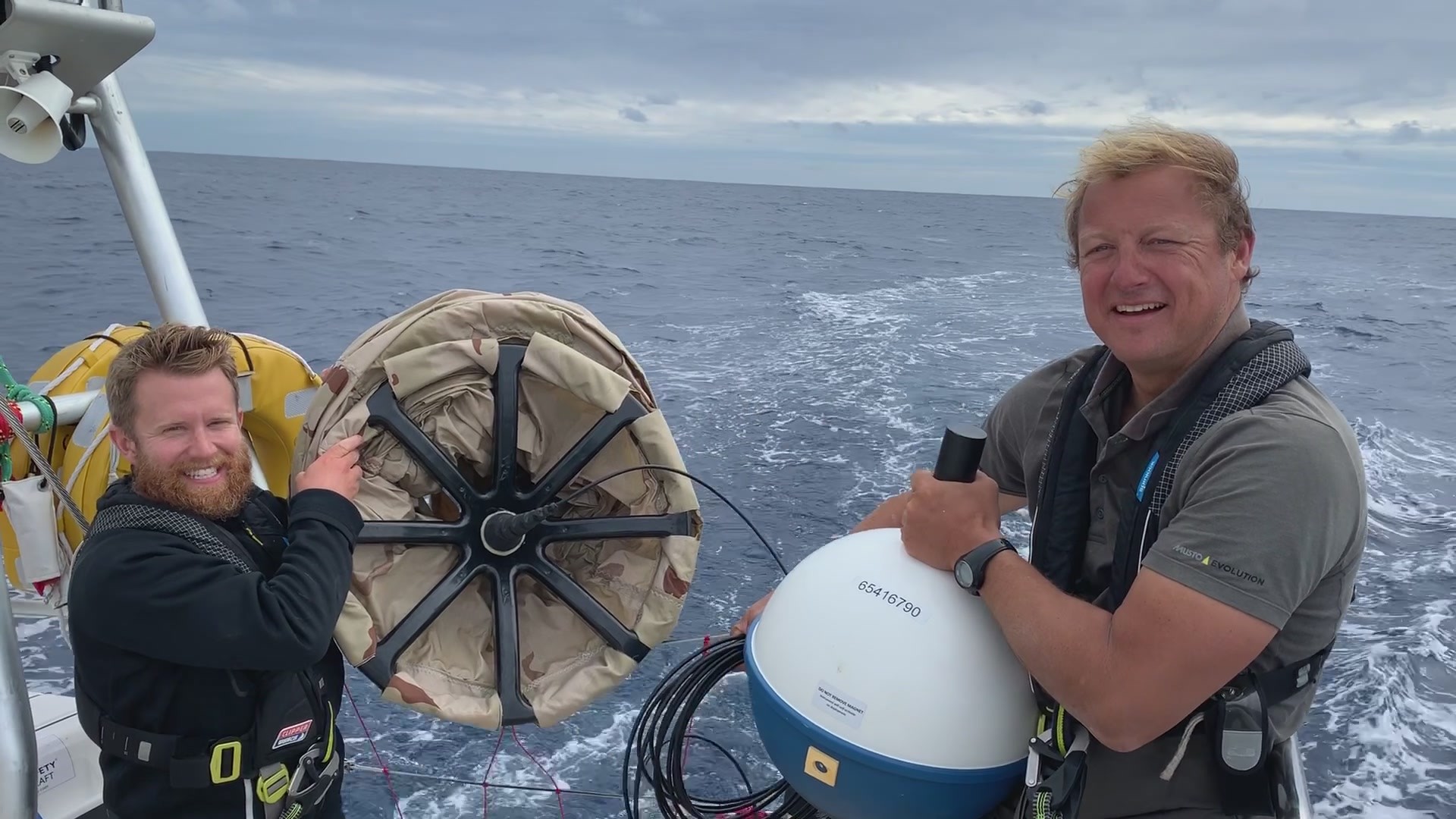 A drifter buoy is a device which floats on the ocean’s surface and underneath has a canvas tube, called a drogue, that travels with the surface layer of water. Every hour it sends back its GPS position, barometric pressure and sea surface temperature. Once activated, the buoys immediately start transmitting data and all of this information goes into weather forecasting models, to be utilised around the world. 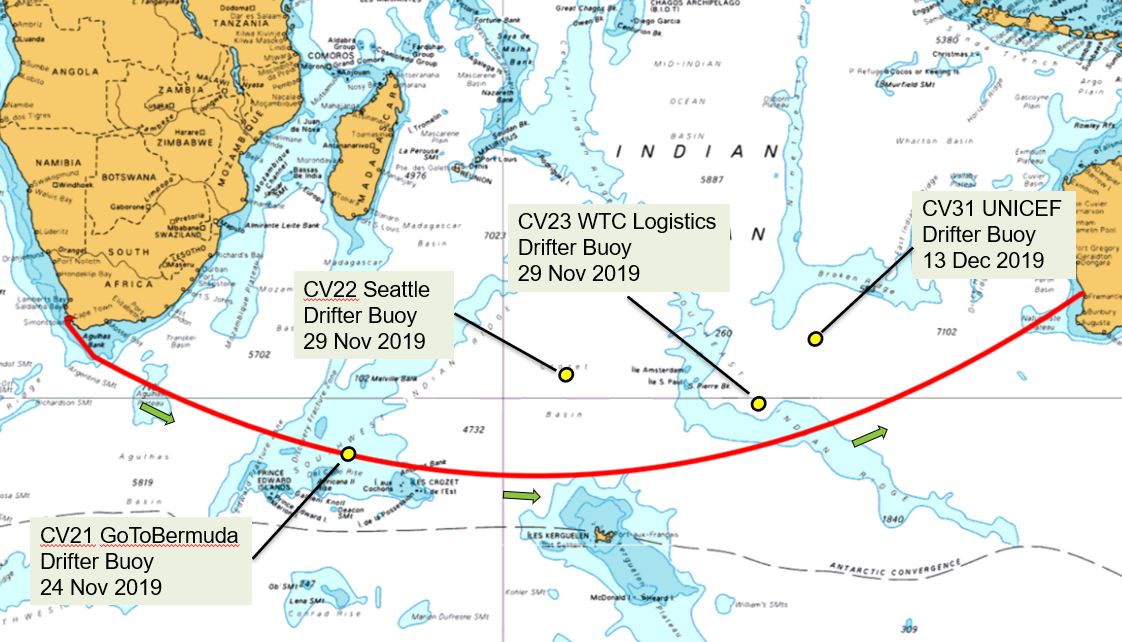 Global Ocean Observing System (GOOS) drifter buoys were put aboard four Clipper Race yachts and successfully deployed on Leg 3 by Unicef, Seattle, WTC Logistics and GoToBermuda during the Southern Ocean crossing. They had been donated to the South African Weather Service by NOAA (The United States’ National Oceanic and Atmospheric Administration), who the Clipper Race had previously worked with on the Ocean Acidification Programme during the 2017-18 edition. 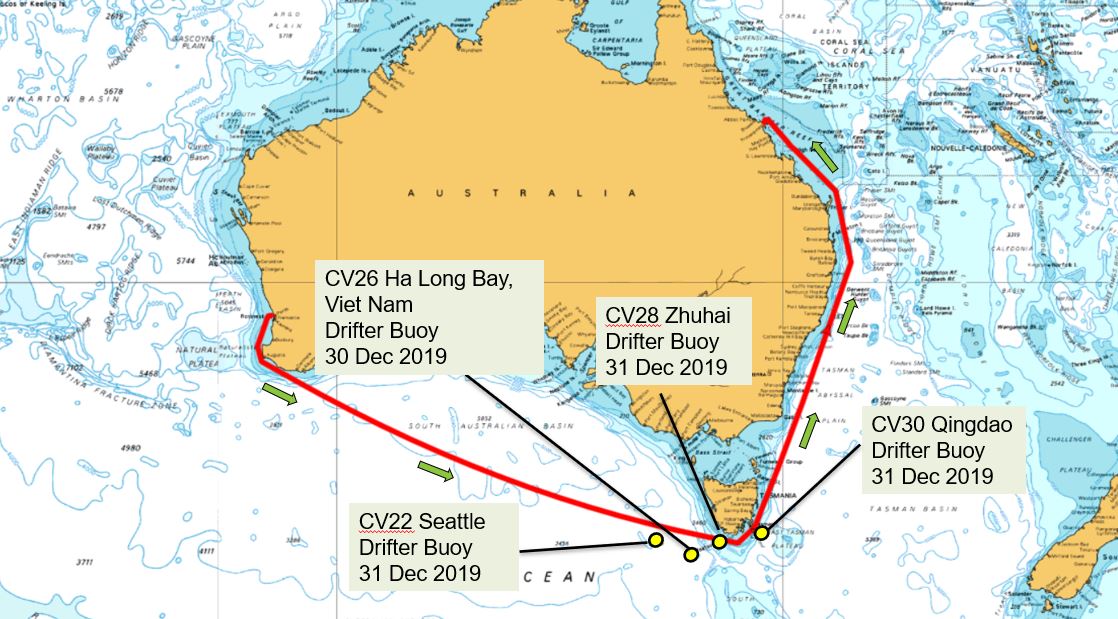 A further four buoys were deployed during the Australian Coast-to-Coast Leg, from Ha Long Bay, Viet Nam, Seattle, Zhuhai, Qingdao, as the teams raced from Fremantle to The Whitsundays. When the race returns in 2021, it is hoped that further buoys will be deployed as the fleet continues its circumnavigation.

In addition to the drifter deployments, two of the yachts have been provided with training on a Voluntary Observing Ship Scheme (VOS). Whilst racing, the teams had been reporting observations of barometer readings, visibility, cloud formation and sea state every 12 hours.

The Clipper Race hopes to engage in further climate and sustainability research projects as it continues its route around the world next year.