With less than three months to go before the Clipper Race fleet arrives into Seattle, the excitement is already building at the Seattle Boat Show, where it was announced that the locally produced television show, Evening, will be a Team Supporter of the Visit Seattle team. Evening airs weeknights at 1930 (PST) on KING 5, which is an NBC affiliate in Seattle, Washington.

After winning Race 6: The Wondrous Whitsundays Race, the Visit Seattle team is in buoyant mood and the producers of the Evening show hope that their support will help promote the team further as it continues its circumnavigation.

“The Clipper Round the World Yacht Race is not just a race; it is hundreds of individuals living an experience of a lifetime, with many stories to tell,” said Ralph Morton, Executive Director of the Seattle Sports Commission. “We are very pleased to have KING 5 and Evening Magazine as Team Supporters in the race, communicating the tales of these adventurers locally and globally, allowing the rest of us to live vicariously through each of these sailors.”

Lindsay Sieverkropp, Manager of Local Programming at KING 5, said: “Much like Visit Seattle, we hope our coverage of the race will inspire people around the world to come and see what the Pacific Northwest has to offer.

“We are also hoping to gain access to incredible video content of the Clipper Race that will allow us to tell stories that our viewers will enjoy. Our goal at Evening is not just to inform our viewers, but to inspire them to follow their dreams at any age.”

The Pacific Northwest has a very active boating community with many Clipper Race participants coming from Washington State over the years and 15 taking part in this year’s edition. Nine of them are on board Visit Seattle including circumnavigators Marek Omilian and Shannon Dean, while others are spread across the Clipper Race fleet.

The Evening show will be highlighting the stories of crew members who are from the local area in the build-up to the Seattle stopover and will be broadcasting from the Seattle Boat Show itself on Monday 29 January.

In the Clipper 2017-18 Race, Seattle is a Host Port partner for the second consecutive time and the teams are due to arrive between 14 – 19 April 2018 at the end of Leg 6 having crossed the Pacific Ocean. 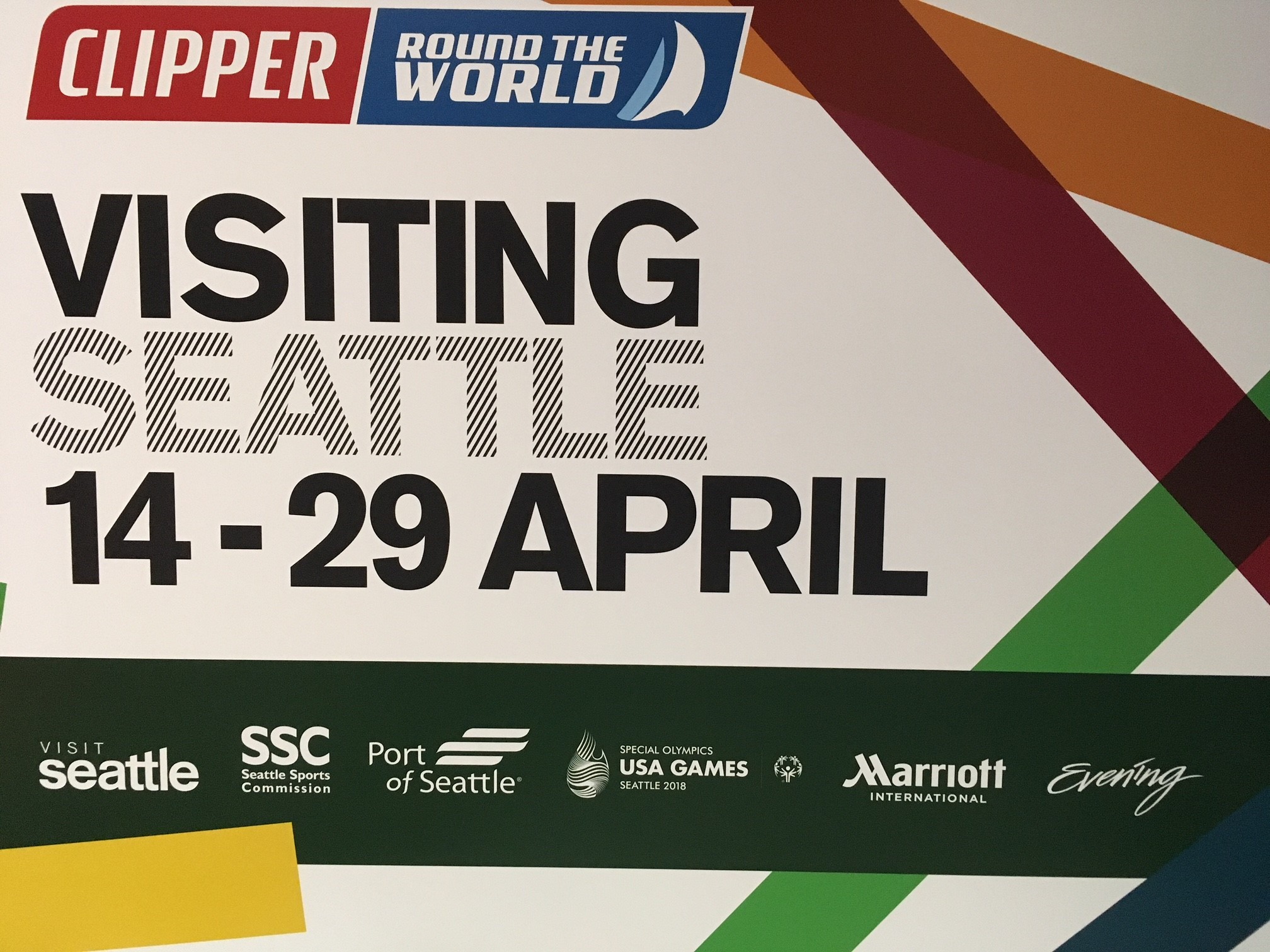 The eleven Clipper 70s will be berthed at Bell Harbor Marina for a stopover that is full of events for Clipper Race crew and supporters before heading off again on 29 April 2018 for Leg 7: The USA Coast-to-Coast Leg.

On 10 May, Qingdao will depart Schoonmaker Point Marina in Sausalito, bound for Mandatory Start Gate 1 in Race 11.Due to the team’s delay in finishing its North Pacific Ocean crossing, Qingdao was unable to join the rest of the fleet during the recent stopover…