We are deeply saddened to report the death of crew member Sarah Young (40), a company owner from London. Sarah was one of the crew aboard the IchorCoal boat (CV21). Next of kin have been informed and all our thoughts are now with Sarah’s family, teammates, and loved ones on and off the race.

Skipper Darren Ladd reports that Sarah was tidying the cockpit after reefing the mainsail in 35 - 40 knots of wind, when she was knocked from her position by a wave. She fell back toward the guard wire and was swept under it by another wave at 1127 UTC (2227 local). She was not tethered onto the yacht at this time and was swept away in strong winds.

The boat immediately applied its man overboard drill but was hampered by the conditions and lack of direct visual. Her body was recovered on board using her AIS signal at 1244 UTC (2344 local), and although resuscitation was attempted and telephone assistance provided by the Praxes Medical Group Doctors, the Clipper Race’s remote telemedicine support service, she never regained consciousness. The cause of death is yet to be confirmed but is suspected as drowning or exposure. All other crew are reported safe and well and the team are working with Race Officials to evaluate the options on diversion or continuing to Seattle.

The incident happened on day 12 of the ninth race in the 14-stage Clipper Round the World Yacht Race, at 39 North, 160 East, approaching the International Date Line. This current race takes crew across the Pacific Ocean from Qingdao, China, to Seattle, USA and has over 3,242 miles left to its destination.

Sarah was the owner of a personal lifestyle company providing services for private high net worth individuals. A keen adventurer, the Clipper Race had been an ambition of hers for some years, and she said celebrating her 40th birthday just before setting sail from London was the perfect way to start her adventure.

Prior to the Clipper Race she had done other expeditions including spending a year in Sabah, northern Borneo, working for Raleigh Malaysia. Sarah had also led teams in Zambia, Botswana and Namibia, had been mountaineering in Nepal and did a world-first 18 day trek down the Skeleton Coast unsupported. Sarah had also run a marathon and was a Divemaster. She leaves a partner but no children.

Sarah was one of the round the world crew and aside from missing a couple of races in Australia due to the passing of her Mother, she had sailed more than half the way round the world, with 20,000 nautical miles of racing under her belt between London and China, where the yacht left on March 21.

A full investigation will now be carried out, as is standard practice, into the full details of the incident in cooperation with the appropriate authorities. Race Officials are now supporting the Skipper and the crew through this tragic ordeal.

Clipper Race Founder Sir Robin Knox-Johnston stated: “On behalf of everyone at Clipper Ventures, I am deeply saddened by the loss of Sarah. She was a very popular and integral member of the Clipper Race family and knew our boats well, having sailed with us since London last summer. The safety of our crew has always been and continues to be our main priority and we shall investigate the incident immediately in full cooperation with the authorities.”

The Clipper Race was established almost 20 years ago and this is its tenth edition. This is the second fatality in the history of the race. Over 4,000 amateur crew have been trained and participated in previous races. Nearly 700 crew are participating in the 2015-16 edition which left London at the end of August, and will return there on 30 July 2016. 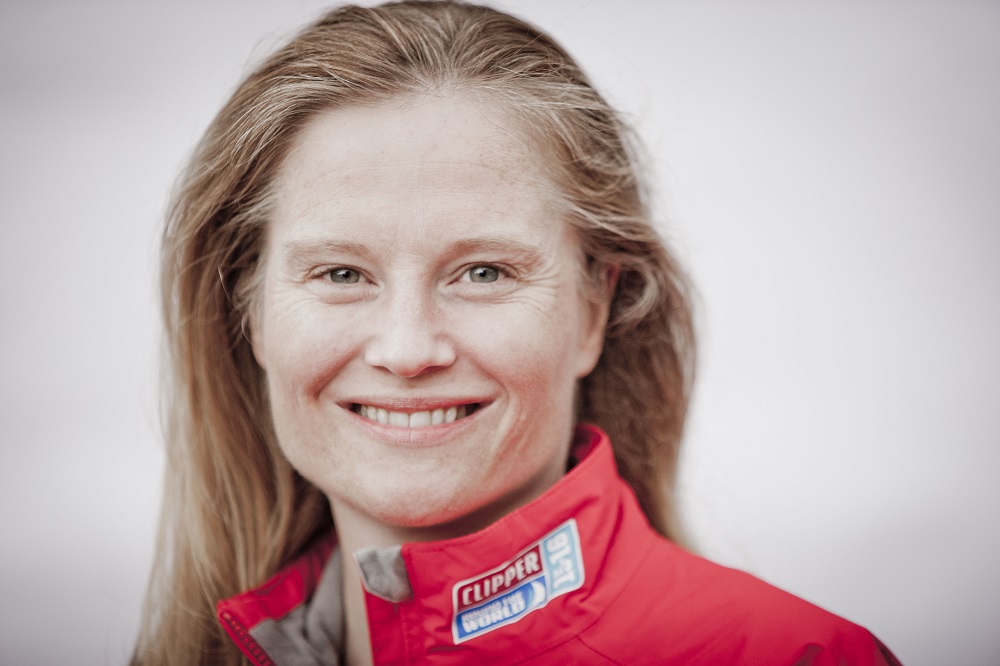 Today we continue our insight into the experience of the Clipper Race supporters. It wouldn't be a Clipper Race stopover without the familiar presence of Gabrielle ‘Gay’ Dowling, partner of Derry~Londondery~Doire round the worlder Tony Milsom. Always there, and always dressed in the team purple…

OFFICIAL STATEMENT - 1 APRIL 2016We are deeply saddened to report the death of crew member Sarah Young (40), a…

The upcoming Scoring Gate is on the minds of the Skippers as they debate weather options and the routing implications for the next four days on the Seattle Pacific Challenge.With another low forecast further north, the teams must decide whether they head further north to…

When the Clipper Race teams set sail for the Pacific Ocean, for many crew members they finally felt they were…

The Race Committee has announced the penalty points for the Asian Pacific Challenge from Australia to China via Vietnam.Penalty points…