After a mammoth journey across the North Pacific spending 36 days at sea, the longest race in Clipper Race history, crew arrived in Bell Harbor Marina, Seattle on Sunday.

The North Pacific is a true test physically, mentally and emotionally for those who dare to cross it - a true rollercoaster of soaring highs and crashing lows. On crossing the finish line, we asked the Race Crew to share their best and lowest moments with us: 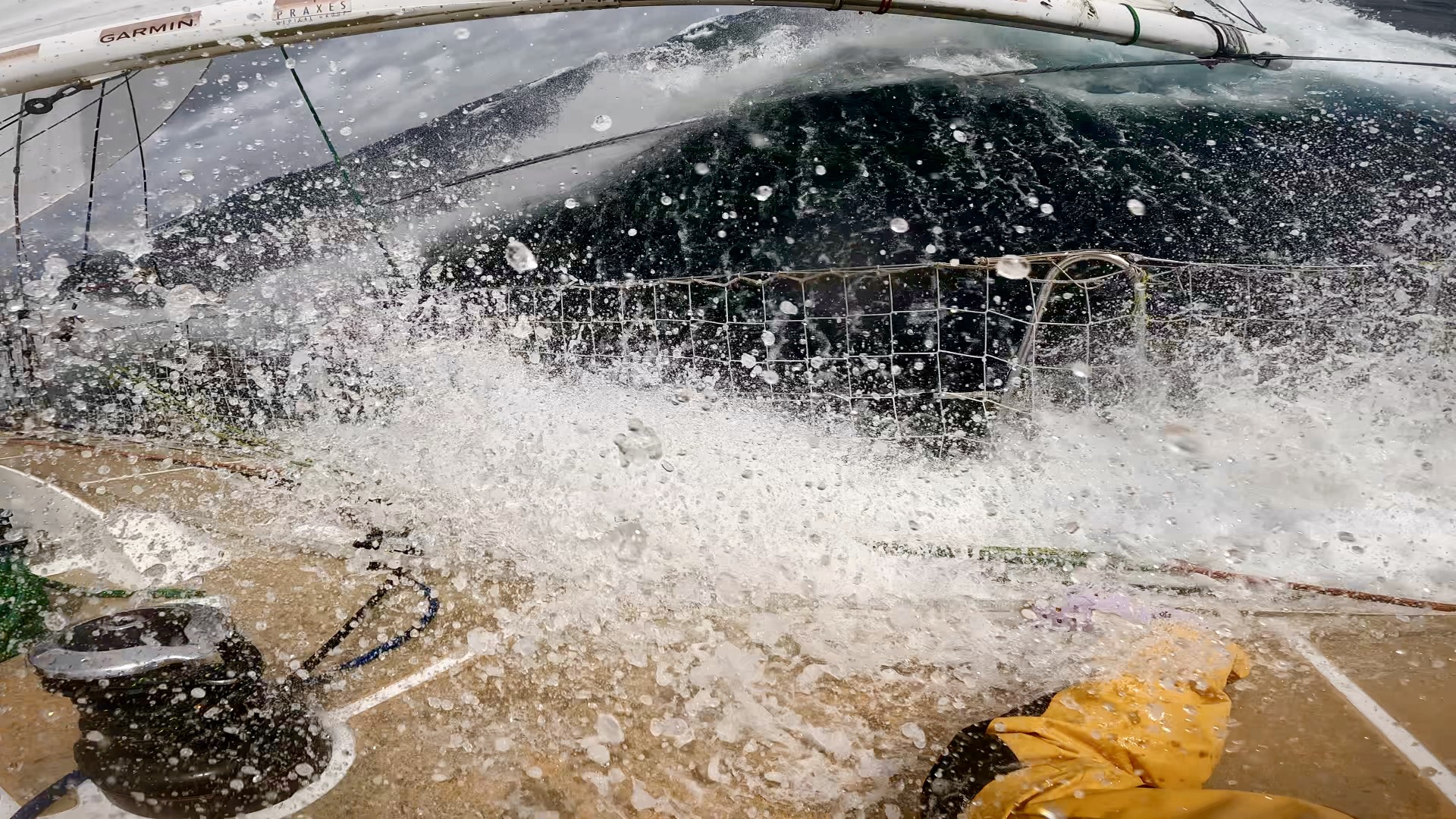 Maisie Bristow, Dare To Lead- “The high was dancing on deck in the sun, the low was the 3am watch change, getting out of bed in the cold and dark.”

Bettina Neid, Dare To Lead- “The high was crossing the finish line, and when we left the Philippines!

Steven Mishaan, Dare To Lead- “The best thing was being able to complete the challenge of the crossing! Low: Missing my dear ones a lot. Being wet and cold all the time!” 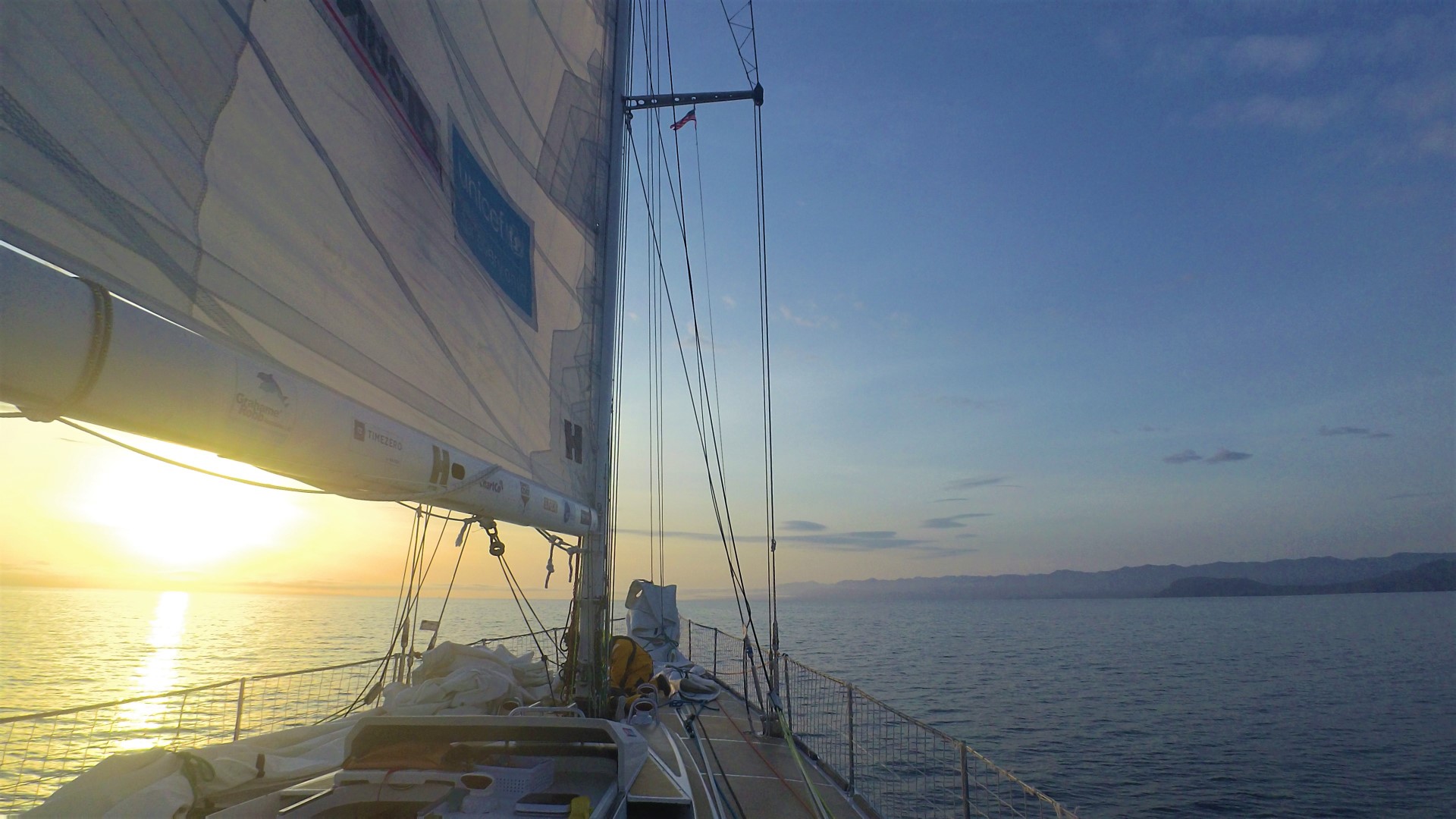 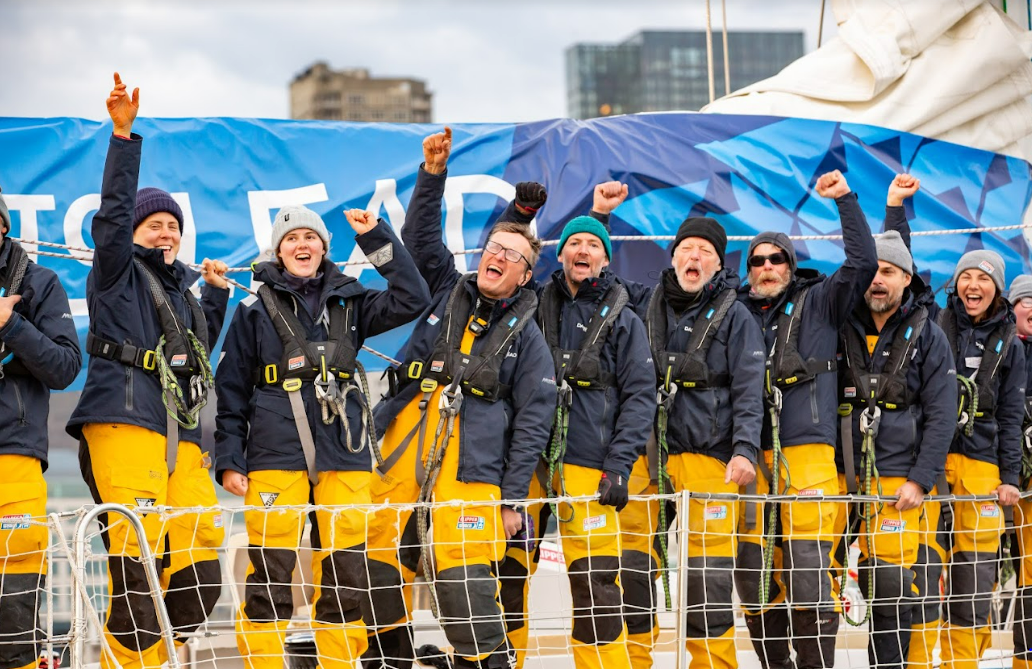 Heather Broadbent, GoToBermuda: “After leaving London in 2019 I can’t believe I have finally crossed the mighty North Pacific. The last ocean of my circumnavigation, an enormous feeling of accomplishment that I have come so far. I am buzzing that GoToBermuda has raced so brilliantly as a team, smashing this race.”

Maddie Church, who sailed across the North Pacific with her father, Chris Church on GoToBermuda: “I got to know a whole different side of my dad. I don’t think many people are able to say they have shared 36 days straight confined to a 70ft space with their father. At one point the relationship dissolves from father/daughter to teammate/best friend- thanks for that Clipper Race! We have been living in our own world out here on the Race. It’s been refreshing being disconnected from everything and everyone and I owe that to the crew on GoToBermuda. The 16 of us all bring something different to the table and work together like a well-oiled machine.”

Chris Church, GoToBermuda: “The sense of elation and satisfaction of having crossed one of the most remote and challenging oceans in the world with my fellow crew mates.” 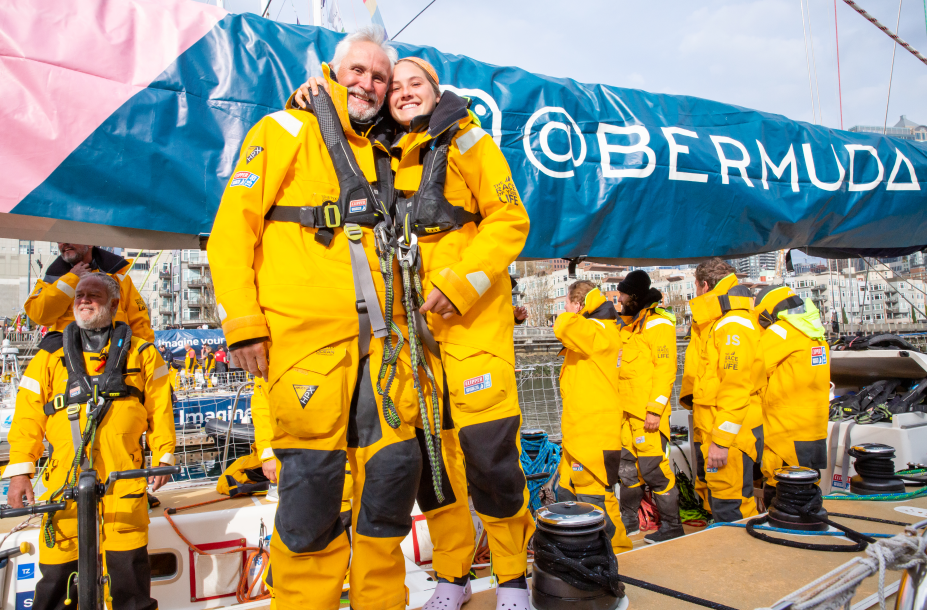 Keith Winstanley, Unicef: “Leg 6 was my main motivation to sign up to the race in the first place. The highs for me were returning to the Unicef team and the bond we formed, and in particular the crew members in the watch I was in. Another highlight was the cut and thrust of the tactics and the closeness of racing with the other teams for the scoring gate, the International Date Line and the finish. The most frustrating part turned out to be the final 3 miles of a 7,200 mile race, battling light winds and strong currents to get across the finish line.”

Jeronimo Lestido grew up sailing in the Yacht Club Punta del Este, and crossed the North Pacific on his team yacht Punta del Este, to be greeted by his father on arrival in Seattle: “The biggest high of the race is the amazing sense of achievement for what I’ve just done, I just can't believe it! The weather conditions hit me hard, especially the cold! I’m looking forward to continuing onto Leg 7, but not before a nice hot shower and comfy bed!”

Andy Rocke, Dare To Lead: “High was getting to Seattle. Low was the watch system, getting up in the cold 3 times a day and always being damp.”

Nora Havel, Dare To Lead: “Highs: Lots of lessons learned – especially about adapting to challenging situations and sailing of course. Lows: I didn’t see lots of marine life which makes me wonder how bad the effects of overfishing the oceans really are.” 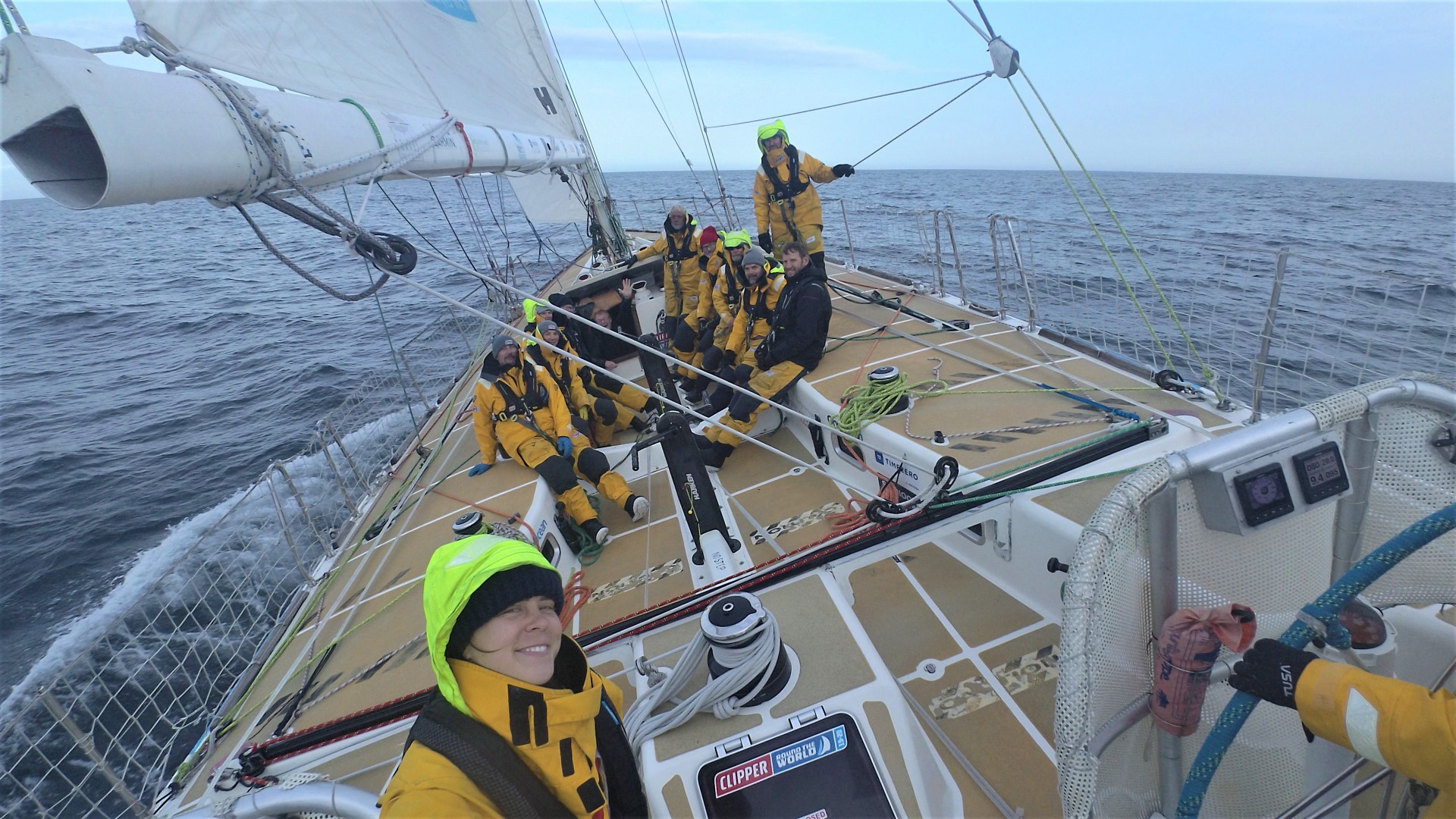 Image: Last happy hour on board Dare To Lead

Candela Guo, GoToBermuda “It took me a day and a half to fly from the US to Subic Bay for race start. It took me five weeks to sail back. I have definitely enjoyed the long route.”

Stephanie Stewart, Dare To Lead: “The high was Kevin’s mini chocolate eggs, and the low was the wind holes!”

Paul Harwood, Dare To Lead: “High: Surfing down 10 metre waves in a beautiful dawn in the middle of the Pacific. Low: Getting into cold and wet foulies at 3 o’clock in the morning each day.”

Wojciech Duda, GoToBermuda: “The crew was a lot younger than my previous race in 2017/18 race. It’s amazing how much they can inspire me and motivate me to do my best. My days were filled with tons of laughs and jokes and my stomach filled with too much chocolate.”

Matus Harman, GoToBermuda: “Crossing the NP was the ultimate challenge in endurance and patience for me. I was very impressed with how strong and supportive the team was. The entire experience made me a better person.”

Mikhail Mabourakh, GoToBermuda: “A high of the trip was surfing down waves and hitting top speeds. A low was when Wavy and Chris beat my top speed. But I still have two more legs to get back on top.” 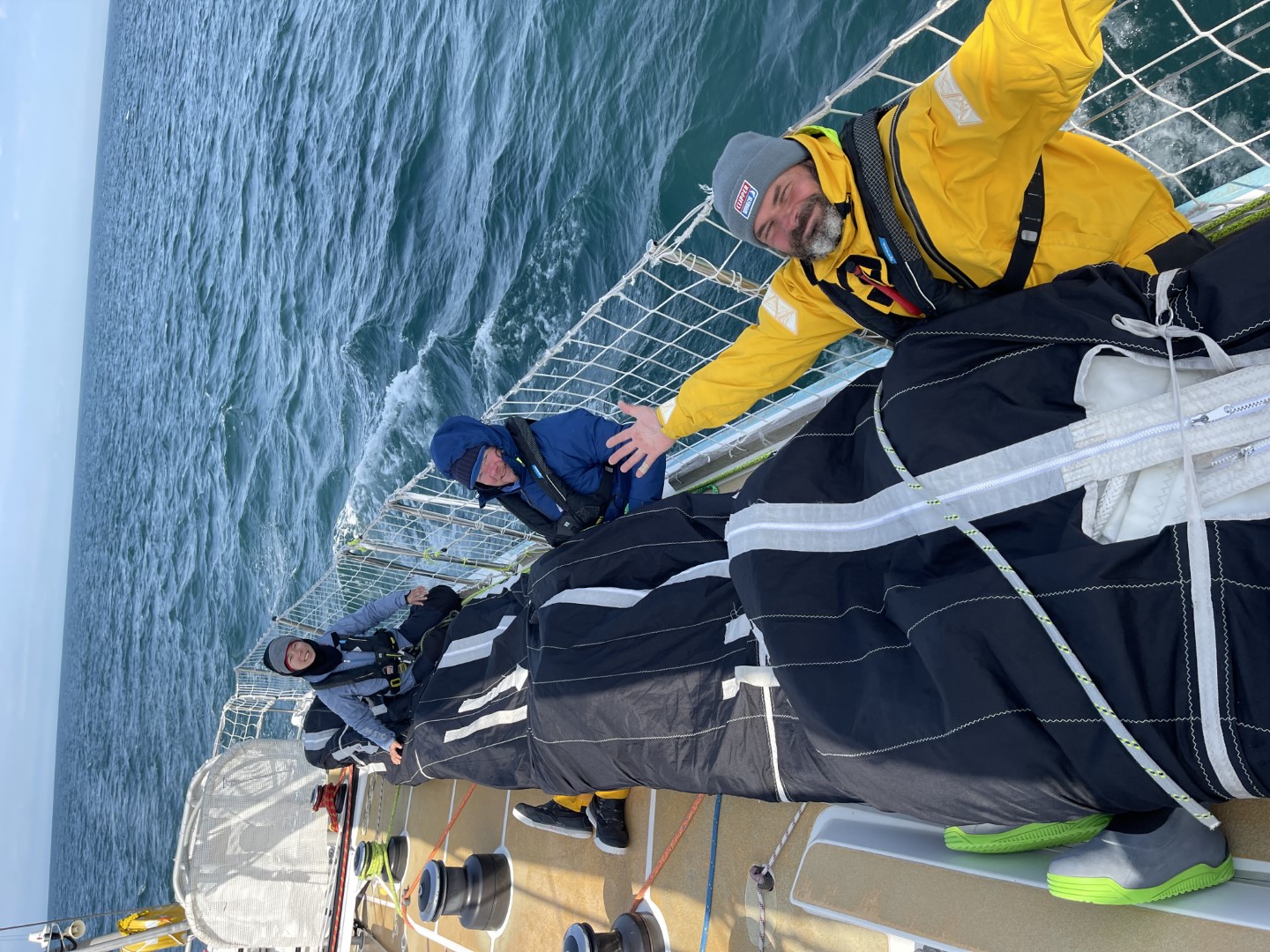 Michiel Kool, Unicef: “The obvious high was aiming for a podium, working for 36 days with an outstanding crew and finishing second within sight of first and third, which shows that this is a real race where everything matters. Another highlight was being part of a really cohesive, caring, supportive, hard working and fun loving crew. Finally, evolutions! Being on the foredeck running evolutions like a Formula 1 pitstop!”

Emily Edwards, GoToBermuda: “My high is laughing in the galley. My low is the slimy washy walls in the heads.”

Oliver Horsford, Unicef: “The race made me hugely appreciate the art of ocean racing and respect all of the Skippers and AQPs being able to create a space to keep the crew together for 30 plus days. I wouldn’t do the North Pacific again but it was my first ocean crossing and I’d like to do many others. I’ve learnt I have more patience than I realised.”

Anne Hough, Punta del Este “High was getting a Podium finish, Lowest part was the week of beating upwind and exhaustion set in. Looking forward to getting lots of sleep, in a bed that's flat!”

Charles Freeman, Punta del Este: “Best part was the 2/3 days we were flying the kite and absolutely gunning it! Complete opposite end was the low of the last 4 days and being stuck in the windhole so close to the finish.” 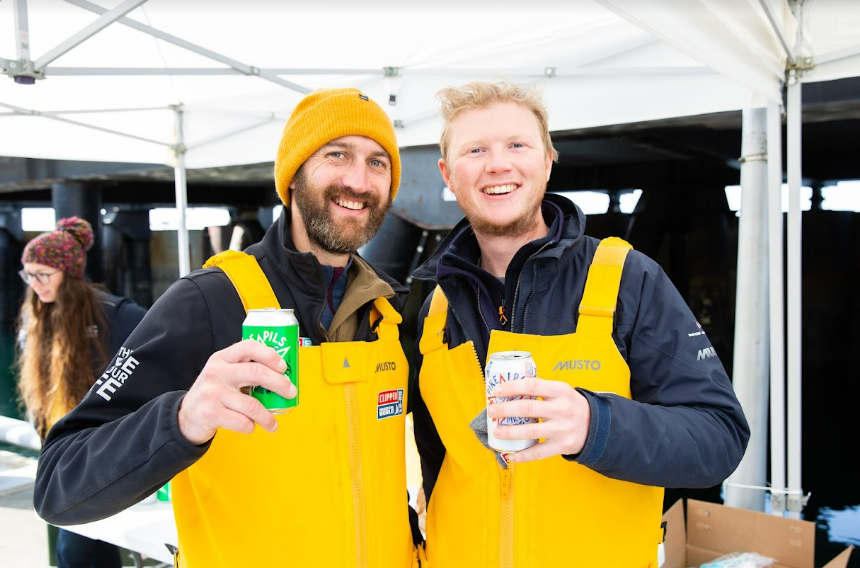 George Streitman, Punta del Este: “Happy to be back on home soil, it's been the biggest challenge of my life, especially physically. Building great meaningful relationships with the crew has been amazing. The biggest low was the windhole and seeing our early arrival slip away.”

Danny Lee, Unicef: “It was an epic race with 4 of us swapping the top places over and over again. 7,200 miles, 37 days at sea and we finished 6 miles behind the winner. Incredible stuff. Such a challenge but I’ve loved it. Had a little something in my eye as I finished my last watch of the race.”

Shaneil Patel, Unicef, “I think highs and lows sums it up. Highs include winning the scoring gate – such a confidence booster after enduring such hardship to get there. Pretty low after being so long at sea and realising there was still another half to go.”

Alex Cavaghan, Unicef: “Fantastic race. Really quite tough. The highs were being with the team and helming as the US appeared over the horizon this morning. The lows are when you’re tired, but you keep going.”

James Thomas, Punta del Este: “Biggest high was probably seeing a pod of whales up close to the boat!”

Sue Lucas, Unicef, “Brutal, but it’s not called the Mighty Pacific for nothing. Highs, achieving a long held goal. Lows, finding things harder than when I was 30.” 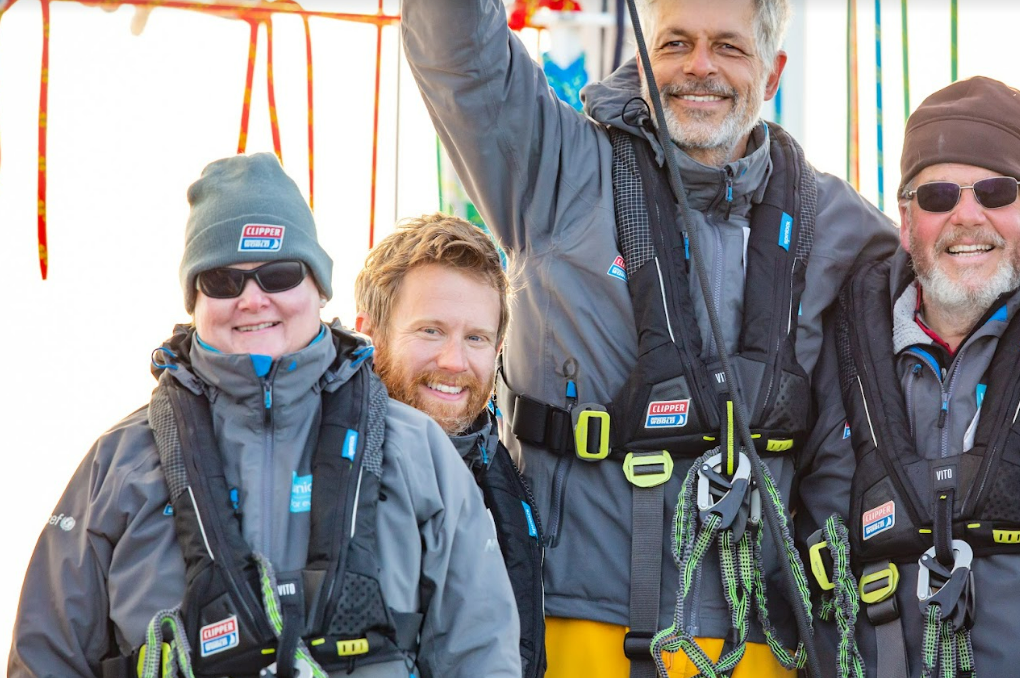 Nano Antia, Punta del Este First Mate: “The high was celebrating my 2nd Birthday in the Pacific, during a squall of 50 knots, in a beam reach, flying at 20knts! Lowest part was being sat in a windhole for over 24hrs, so close to the finish!”

Lis Wilson, Unicef: “A high for me is coping with an environment that is totally alien with a really a great crew. The lows are the long, cold night watches where there is little to do.”

JD Fentie, Unicef, “The highs for me were the way the team worked together and being part of that. If I had to pick a low it was the challenge of being able to cope with the cold.”

Steve Smith, Punta del Este: “Highs for me were the big seas and conditions above deck but equally my lowest part was being below deck in the same conditions! The middle of the race was a big mental challenge, but so happy to have finally finished! Feeling an overwhelming sense of relief to be over the line, looking forward to some good food, drink and a bed I don't have to scale a wall to get into!”