We often tell stories of the positive impact that the Clipper Race has on the lives of Race Crew, and there are not many as inspiring as that of Lebalang Molobele.

When Lebalang, pictured third from right in the main banner image, was selected from over two hundred applicants to become part of an eight-person South African tag team who sailed on board the Invest Africa team in the Clipper 2013-14 Race, the realities of the challenge soon began to sink in for the then 22-year-old. Not only had she never left South Africa, set foot on a boat, or even seen the ocean before, but she was also scared of water.

However, fear was no barrier to Lebalang and the following year, she had successfully raced across the Atlantic Ocean and was left feeling empowered to channel her experiences in a life-changing way. Six years later, with a lot of hard work and perseverance, Lebalang has expressed gratitude to her Clipper Race mentor after securing a dream job at the World Health Organisation (WHO), a specialist agency of the United Nations. 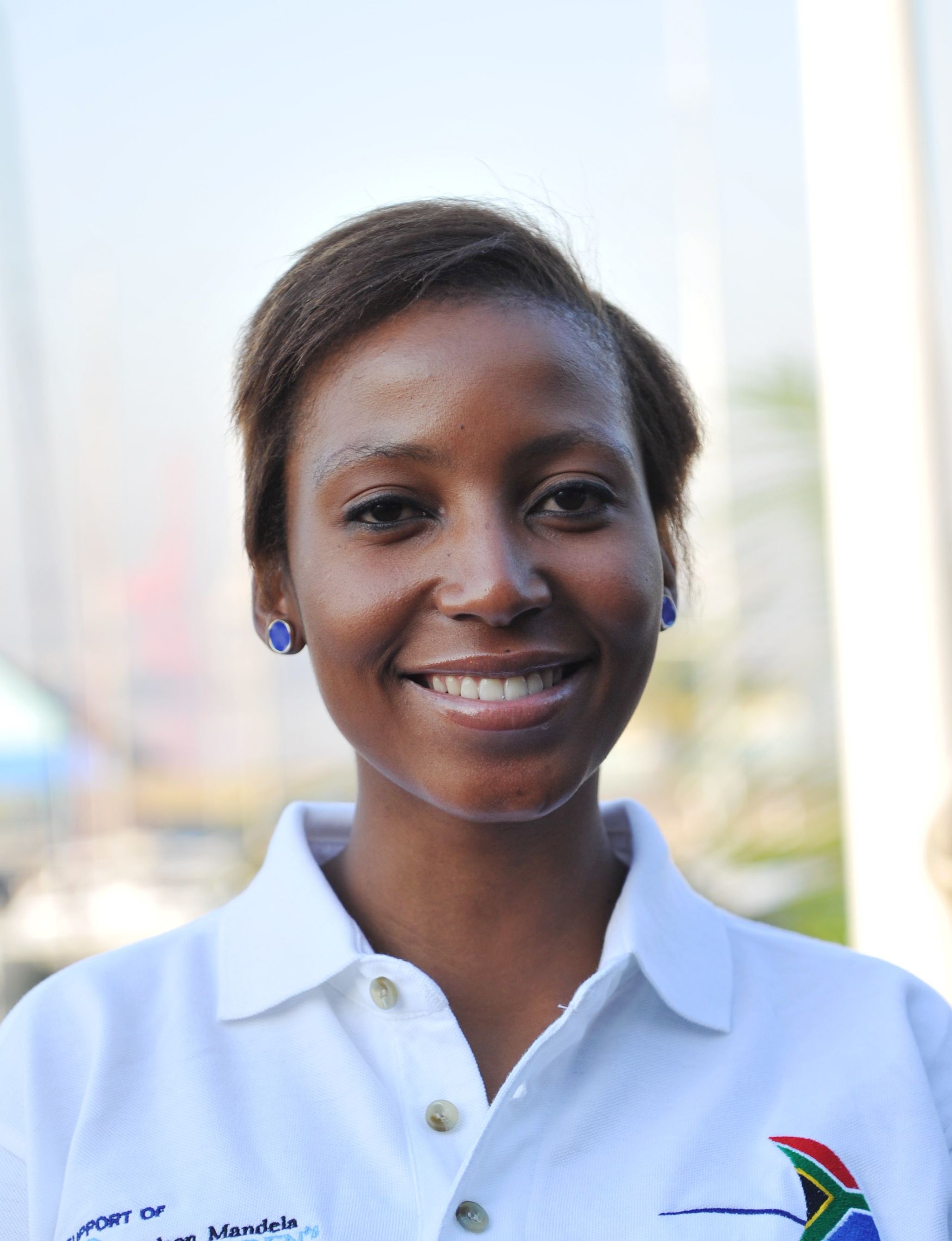 Writing in a letter to Rainbow Foundation founder Dirk van Daele and Clipper Race CEO William Ward, Lebalang shared: “It is often difficult to come up with words for the transition that happened in my life after participating in the Clipper Race, but I am going to attempt it in this note as I am full of gratitude and feel the need to share my experience.

“I always had a dream to become a change agent because society needs people who are willing to do extraordinary things in order to achieve remarkable impact...that is real impact.

“As I write to you today I work for the United Nations, which has been a dream and aspiration of mine for years ever since I was young. The journey has not been easy, I got pregnant and paused my studies and there were moments I wanted to give up but the resilience in me refused. Somehow I link my resilience and determination to what the Clipper Race afforded me which is a rare breed of life skills which equip an individual, young or older, to conquer and unleash their champion within." 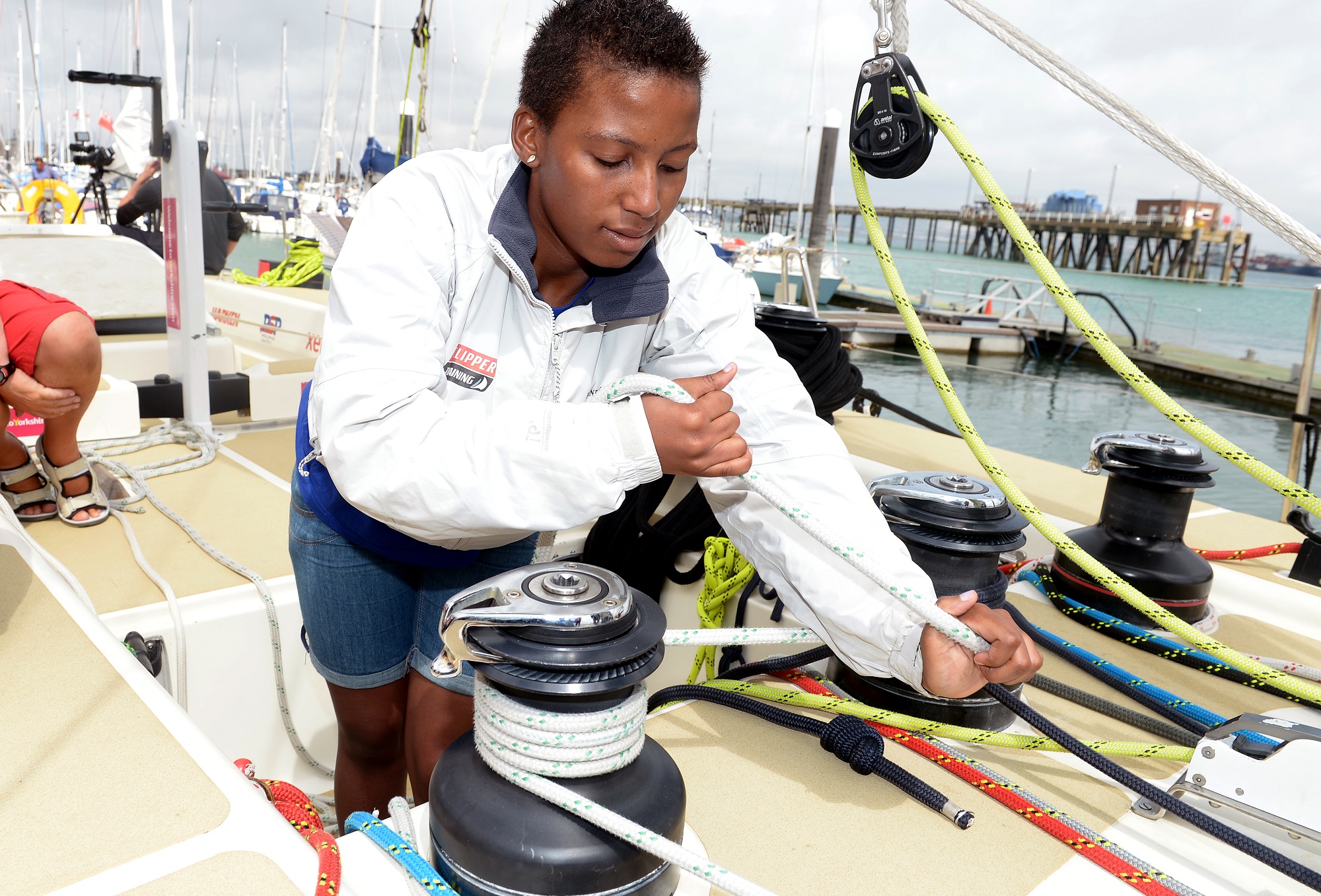 She concludes: “I am grateful and humbled by the experience even years later, so to Dirk and all those who made my experiences possible, I am just eternally profound and thankful.”

Before the Clipper Race, Lebalang was struggling to find a job whilst living in Soweto, the township brought to national attention by the violent protests in 1976. As part of the selection process to do the race Lebalang was asked which leg she was most interested in doing. She answered: "The leg which arrives in Paris." When David Cusworth, Crew Recrutiment Director, clarified that the race wouldn't be stopping in Paris, Lebalang responded: "I know, but I look where I am now and I have told myself that one day I will get out of this place and I will see the Eiffel Tower."

Lebalang was assigned to do the final leg of the Clipper Race and during the stopover in Den Helder, Holland, she did go to Paris, and whilst visiting Place de Sorbonne, a faculty of the University de Paris which specialises in Humanities, Lebalang commented that she would not stop until she was working for the United Nations."

After taking part in the Clipper Race, Lebalang re-enrolled at University of South Africa for her LLB Law degree, which she passed with distinction, and also became the Head Representative for future Rainbow Foundation participants. Six years on, she has managed to fulfil her dream as she was recently hired as a Programme Assistant at the United Nation’s World Health Organisation, South Africa. 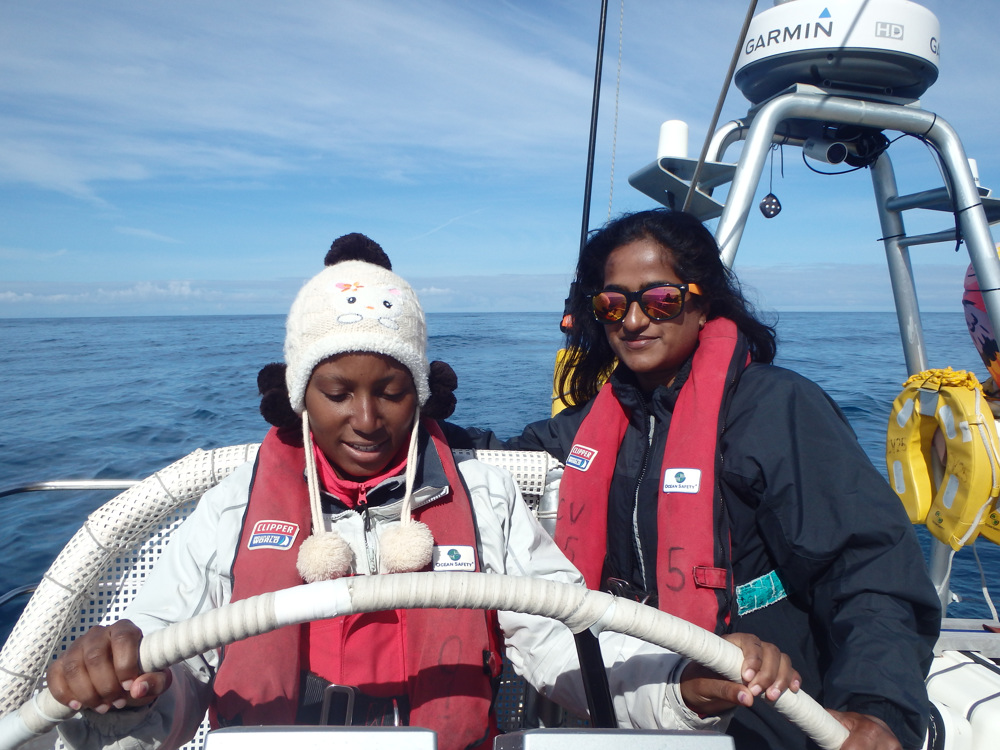 The Rainbow Foundation was initiated by Dirk van Daele who had participated in the Clipper Race himself in 2009-10 and saw a similar project make a profound difference for young people from deprived inner-city areas in Europe. For Dirk, the idea to take young people from disadvantaged backgrounds in South Africa and provide them with the opportunity to experience of the Clipper Race made sense. By learning to sail and becoming a trusted member of a team, they could build up their confidence and leadership abilities, and take these skills home to inspire their communities and hopefully pursue education and employment.

Dirk later developed two races under the Rainbow Foundation project name, into a wider concept named Dare To Lead. Sailing under the flag of teamwork, determination and leadership, Dare To Lead became a Team Partner in the last Clipper Race, aiming to inspire its diverse crew of racers. It sought to inspire its crew members to apply the life skills learnt during this ocean adventure to become catalysts for positive change in their personal lives, professional careers and social communities.

Commenting on Lebalang’s journey, Dirk says: “I have felt enormous pride in seeing Lebalang achieve her dreams over the years. From the moment we first met in 2013, when she applied to do the Clipper Race, it was clear that Lebalang not only had a drive to succeed herself, but that she always wanted to help others to do the same too.

“Lebalang’s journey has not been straight forward at times, but she is an inspiring example of someone who believed in her own potential, worked hard and never give up on her dreams. On behalf of all the Rainbow Foundation and Dare To Lead organisation, we wish her the very best in her new role at the United Nations, knowing she will now prove to be a highly inspirational leader to others to pursue a similar pathway in life.” 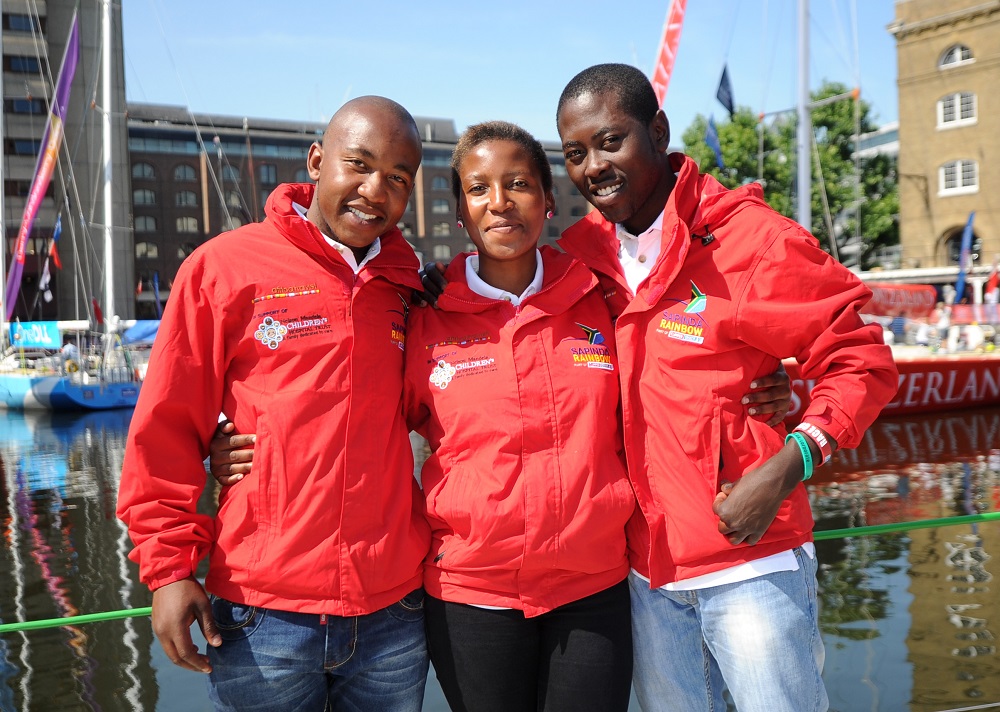 Lebalang with two of her fellow Rainbow Foundation members ahead of the Clipper 2013-14 Race.

On what drove Lebalang to succeed, she explains: “I have seen my mother take care of other people’s children and look after people who suffer from AIDS and her strength and courage humbles me. Women of the African continent have achieved so much oppression but we will continue to fight because we are born with the will to do more than we are expected to achieve.

“The Clipper Race has given me the chance to do something I would never normally get to do. I got off that boat far braver and decided to start something for myself. If the work was there, I aimed to start a business of my own – you have to make things happen in life.

“Being part of the Rainbow Foundation Project made me want more for myself and those around me. I’m so proud to be a part of it and am profoundly grateful for all the opportunities I have benefited from as well as the support, words of wisdom and encouragement. What the Clipper Race and the Rainbow Foundation has done for me is something no one can take away, and it all started with me crossing the Atlantic Ocean.”