The Greenings team claimed victory this evening in a thrilling finale to the Stormhoek Race to the Cape of Storms, which saw the top two teams finish approximately two miles apart after 14 days racing through the South Atlantic in the second stage of the Clipper 2017-18 Round the World Yacht Race, from Punta del Este, Uruguay.

Andy Woodruff is the Interim Skipper for Greenings after the original Skipper, David Hartshorn, suffered an injury on Leg 1 and said: “I feel great about the race. It’s really good for the team after what they went through on Leg 1. This time they went out and crossed the South Atlantic to South Africa and won again so I think that says more about the team than anything else.

“It’s all about keeping things simple and not working the crew too hard and having a good time. We did push the boat when the openings came up and took advantage of the tactical situations that arose.”

It is the second consecutive stage win for Greenings, which also set a new Clipper Race record for the most nautical miles covered in a 24-hour period after notching up 329 nautical miles on Day 9.

Narrowly behind in second place was Dare To Lead, skippered by Capetonian Dale Smyth, who fought hard and was in the lead for much of the race. The team has played its Joker Card and will double the number of points for this race once official positions are announced. 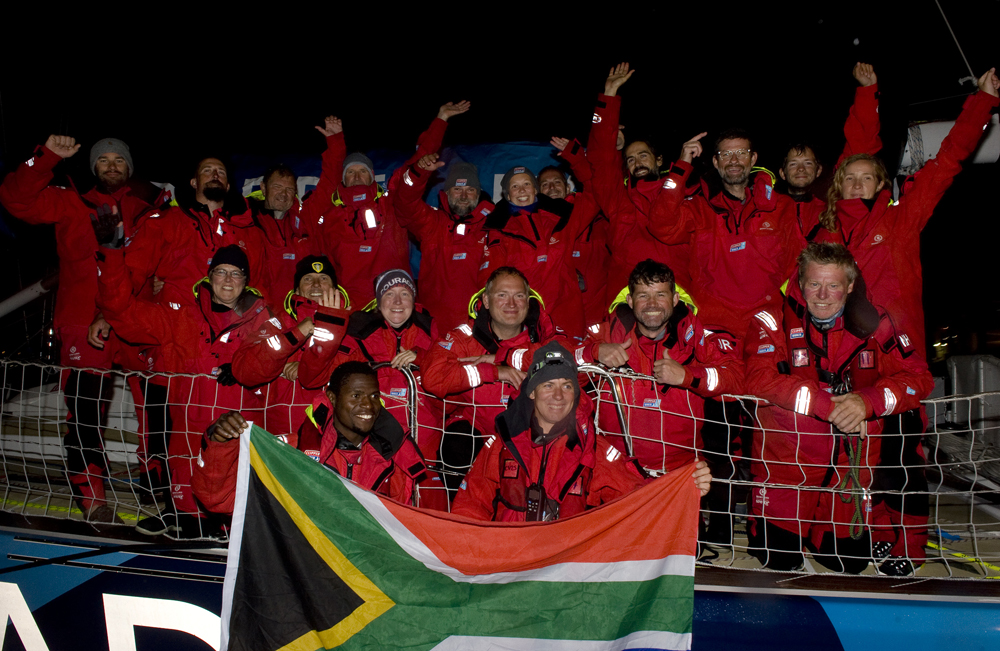 Upon arriving into his home city of Cape Town in second position, Dale said: “It’s incredible and this is going to be the highlight of my race for sure - homecoming, seeing my kids and my wife and just being in my city. To give Andy Woodruff, his due, we tried all sorts but he just had that little bit of pace on us. After 3500 nautical miles, he was around 3 miles ahead so we are talking very small margins. That’s the nature of this game.”

Completing the podium positions, Garmin finished in third place just over two-and-a-half hours behind the race winners. Skipper Gaëtan Thomas said: “It’s a good feeling to have clinched a podium, it’s a big relief after we worked so hard.” 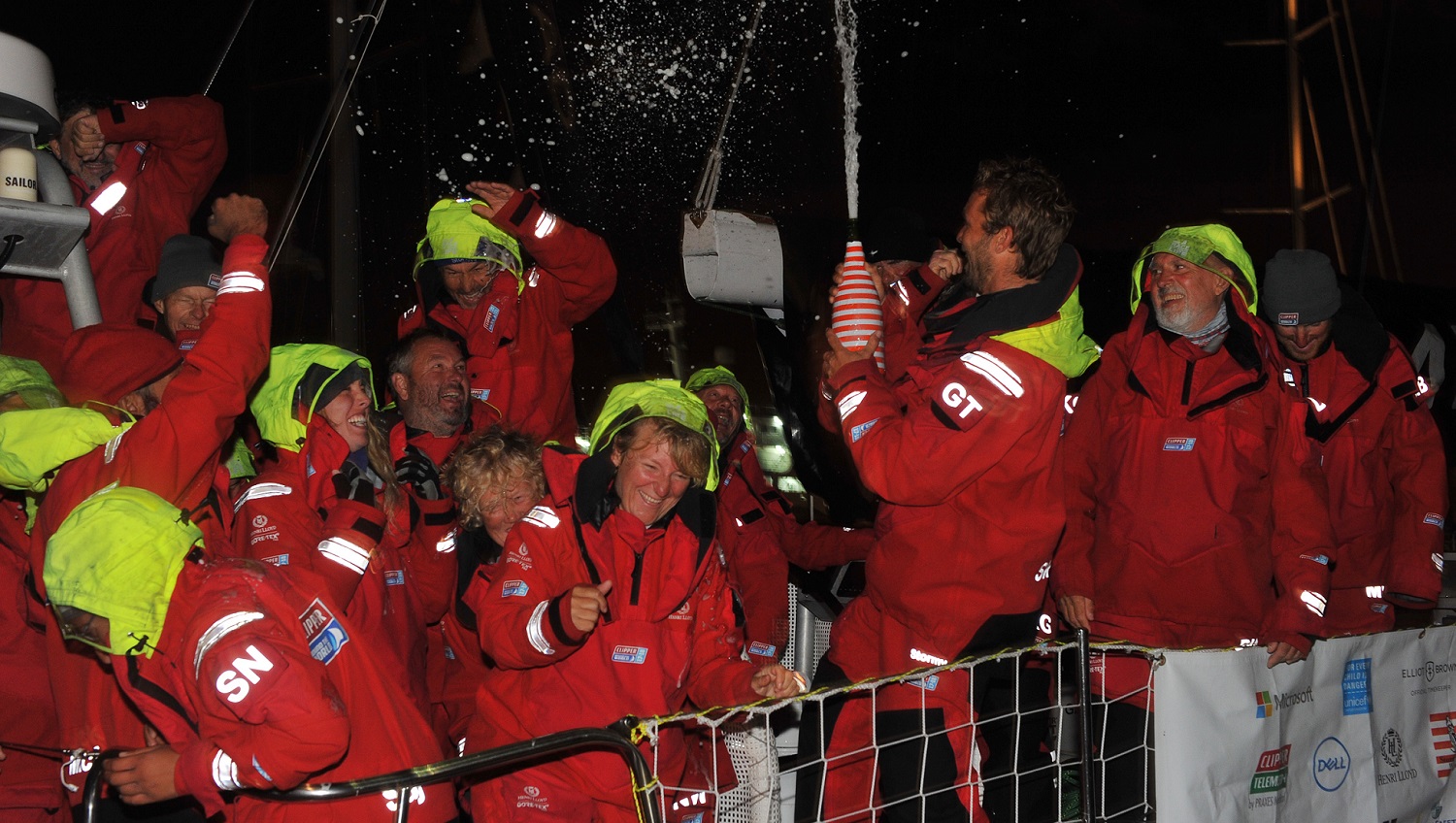 Congratulating the teams, Clipper Race Chairman Sir Robin Knox-Johnston said: “What an impressive race! Much like the first stage, it’s been another incredibly tight contest and was almost impossible to take your eyes off the Race Viewer, proving just how well matched these one-design yachts are.

“These teams have effectively been involved in a 3,500 nautical mile sprint, and keeping that level of intensity up for two weeks whilst across the South Atlantic is one tough test for any sailor. I have big respect for the effort put in by all the teams.”

Greenings is a first-time Team Partner in the Clipper 2017-18 Race and Managing Partner, Andrew Greening, said: “The team has kept us on the edge of our seats for the last two weeks and we are delighted that they have arrived safely in to Cape Town. Our company, and our clients have followed the team’s progress closely and are truly humbled by their efforts. There is the courage of a lion embedded in this team, embracing their third skipper in just two Legs of the Clipper Race and they have demonstrated that concentration and determination can lead to success. We wish the team a well-deserved welcome to The Cape!”

A close race across the fleet, ten of the twelve teams are expected into Cape Town within this first 24 hour arrival period.

This is the ninth time that the Clipper Race has visited South Africa in its eleven-edition history and the teams can expect generous hospitality in the picturesque setting of the V&A Waterfront, just under the view of Table Mountain, before departing on Leg 3 of the race on 31 October.

Track the progress of the rest of the fleet and watch the final miles play out for via the Clipper Race Viewer and look out for arrival quotes and images which will be posted on the Clipper Race news page once the teams arrive into port.

To watch live video of the teams arriving back to land, follow our Clipper Race Live page on Facebook. Please note teams will arrive into port approximately one hour after crossing the finish line.