Greenings, the eleventh team to cross the line in Punta del Este, has won the first race of 2017-18 edition, finishing at 18:03:55 UTC on Saturday 23 September in front of hundreds of spectators lining the harbour breakwater.

With the redress time of 2 days, 10 hours, 44 minutes and 51 second applied for the diversion to Porto, Portugal, following the medevac of the team Skipper, Dave Hartshorn, Greenings finishes in first place above Sanya Serenity Coast which finished at 16:46UTC on Thursday 21 September and PSP Logistics. 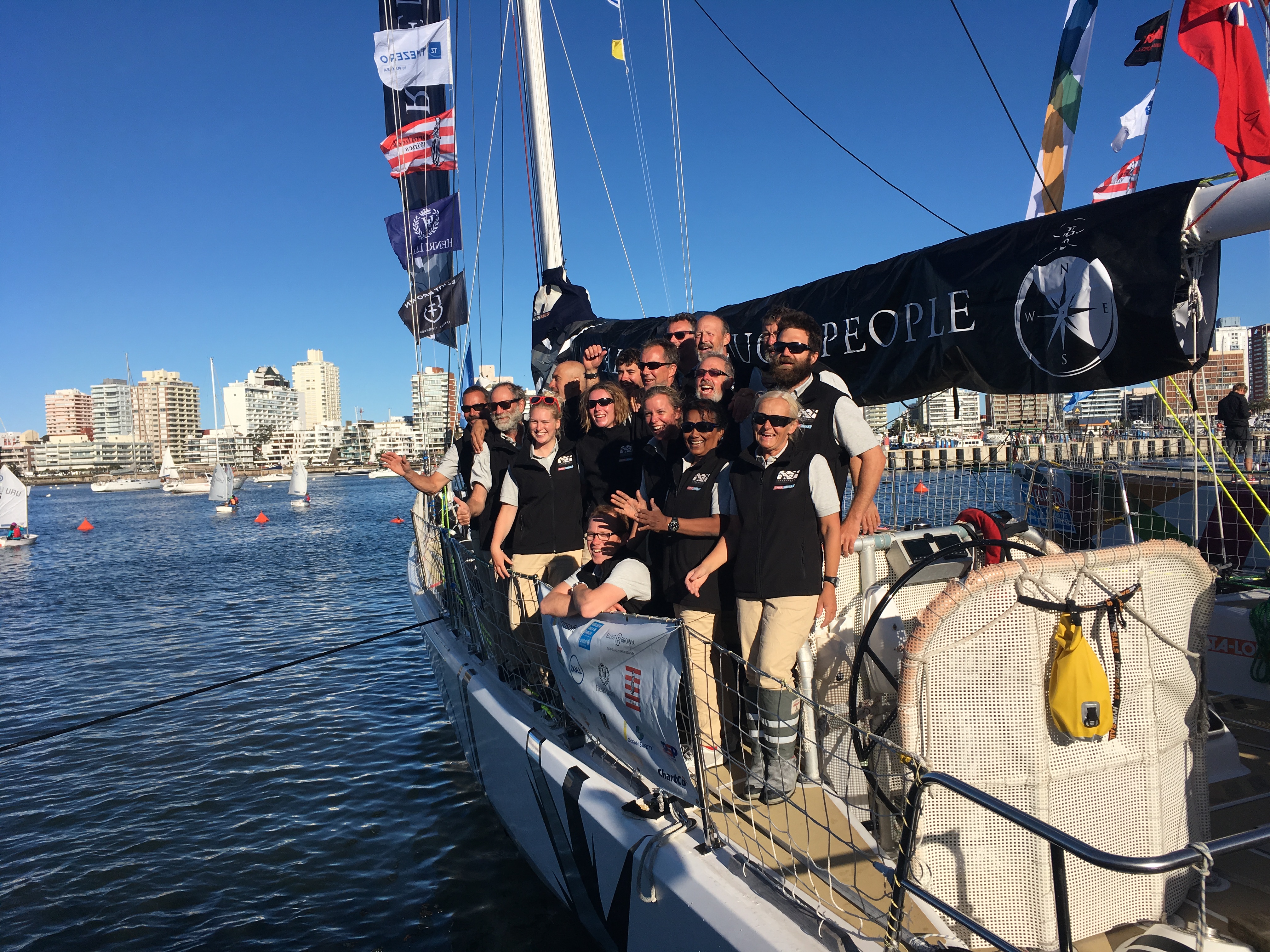 Following the diversion, Greenings, which was led by Interim Skipper and Clipper Race Deputy Director, Dan Smith, who led a team to second place overall during the 2015-16 edition of the race.

Speaking about taking the helm of Greenings, Dan says: “It was a very tough race for me. I got on a boat where I didn’t know any of the crew and they didn’t know me. We had to get to know each other, learn how each other work and also the crew were on the backfoot to start with.

“I am immensely proud of the crew; they have delivered a boat to Porto, Portugal, by themselves, got the team back together, picked things up, really got on with things." 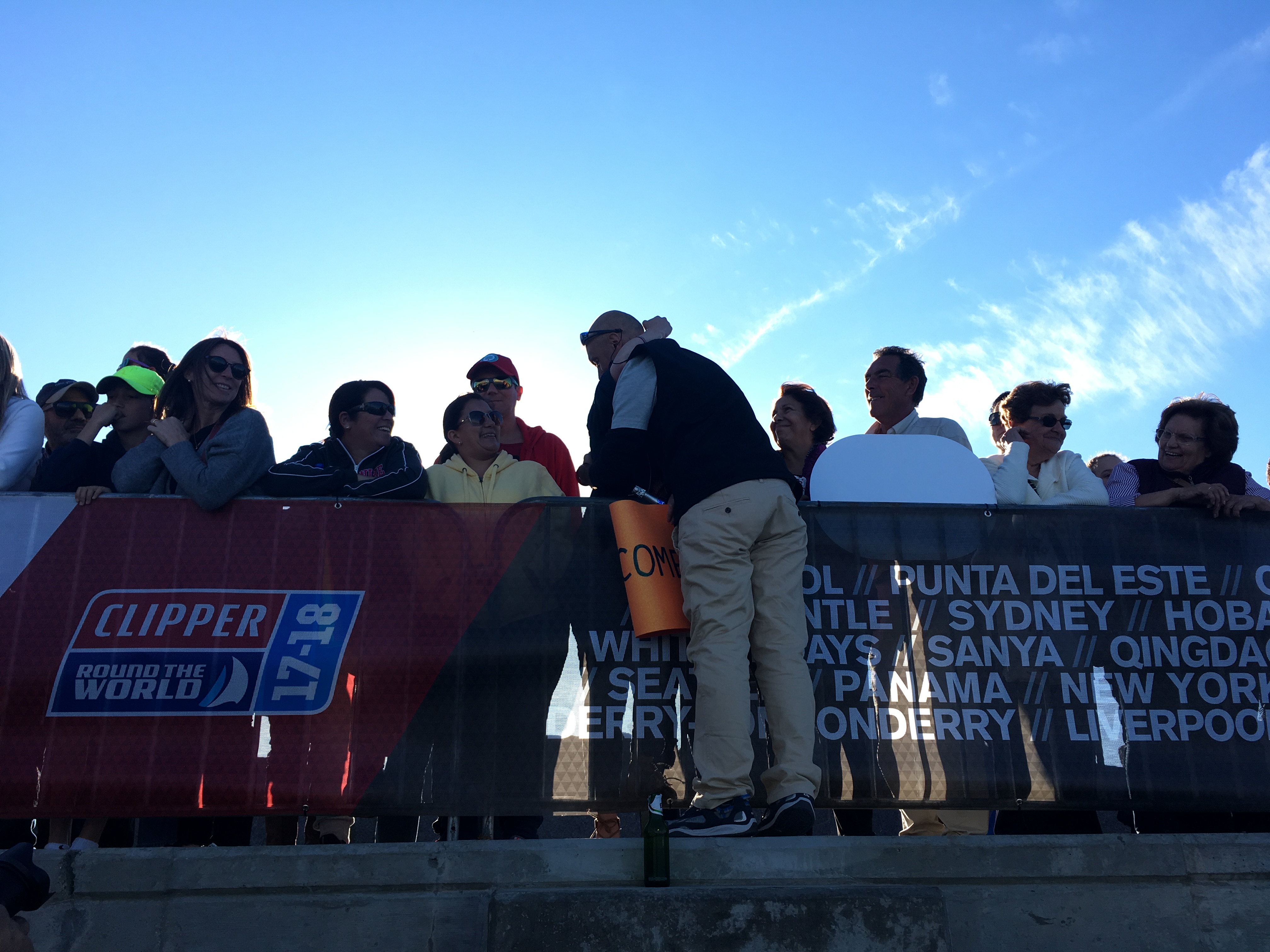 Following its diversion, Greenings made up significant ground on the rest of the fleet during the remainder of the race, taking first place and earning an additional three points for the quickest completion of the Elliot Brown Ocean Sprint ahead of Visit Seattle and Garmin.

CRCC crew member, Jeremy Hilton, who took charge of Greenings during its diversion to Porto, said: “What a journey! It has been hard work, it has been long hours, it has been tough but Dan has been an amazing interim skipper.

“As a race skipper from the last edition, Dan has pushed us hard but also taught us a lot, too, showing us what it takes to race, and to race hard. As a crew, our two watches worked well but we are still very much one coherent crew. Friendships made for life.”

The twelfth and final team to cross the finish line is Nasdaq which is due to arrive into Punta del Este between 1200-1800 local time on Sunday 24 September.