After 19 tough days at sea racing around the coast of Australia, the Ha Long Bay, Viet Nam team, skippered by Josh Stickland, has secured line honours in the fifth race of the global circumnavigation. The team, crewed by 16 non-professionals, crossed the finish line in the Whitsundays at 09:23:49 UTC. 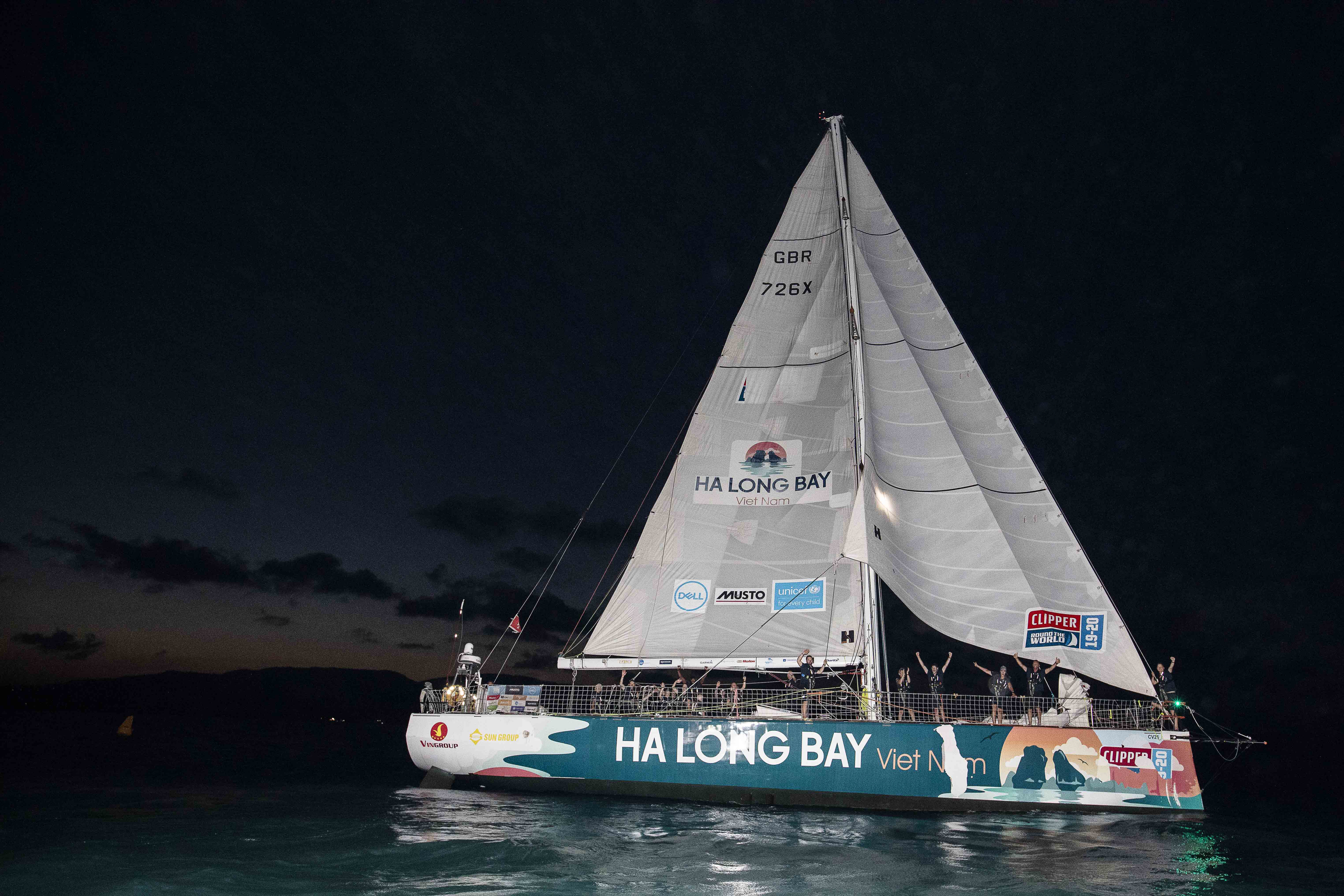 Ha Long Bay, Viet Nam took the lead on Christmas Eve and had held on since. On arrival, Skipper Josh Stickland said: “It’s been a long old race this one. If we remember, at the start we had a two day beat into 20-25 knots, then a lovely low pressure system zoomed us down to the bottom of Tassie, where we were met with wind hole after wind hole, then at the end we enjoyed the trades (bar the direction).

“It’s been a real test for me personally. I was finding decisions to be very high stake and fortunately most have paid off!” 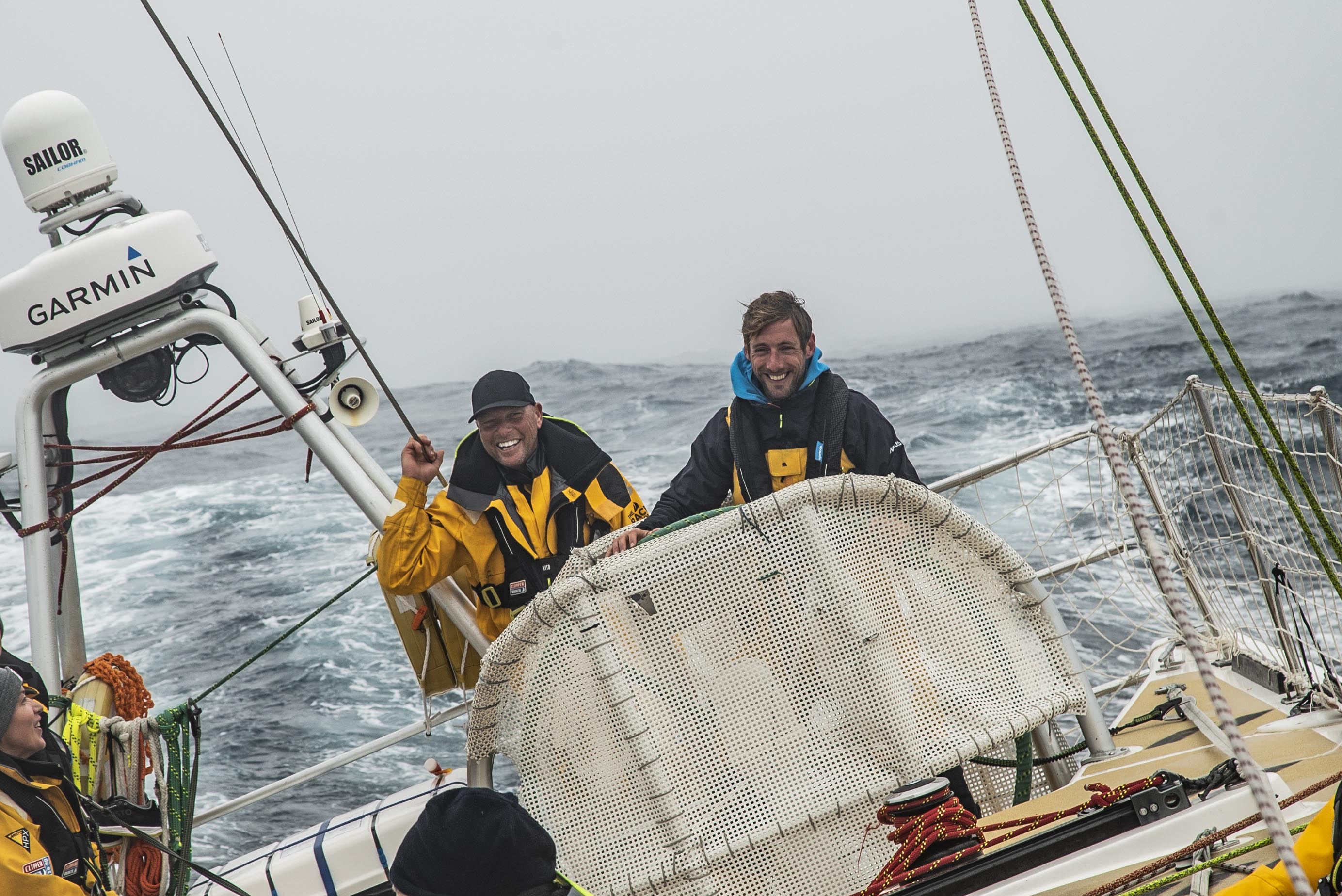 Race 5: the Whitsundays, Heart of the Great Barrier Reef, has seen thrilling competition with crew battling a full variety of conditions on the 3,415 nautical mile race. The teams have experienced the rolling swells, infamous huge waves and freezing temperatures of the Southern Ocean to the upwind beat, rising temperatures and variable weather systems heading north from Tasmania. The leaderboard has consistently shifted as different tactics have played out and the East Australian Current played its part in making this one of the most strategic races of the circumnavigation to date.

In praise of his crew, Skipper Josh added: “Wherever we are placed, the crew can stand tall. They have all given a good account of themselves.”

Despite claiming line honours, the Ha Long Bay, Viet Nam team will have a nail-biting wait over the next two days to find out its placing. Race 5 is being run on elapsed time, following three teams; Punta del Este, Visit Sanya, China and Unicef departing Fremantle exactly 48h hours after the first eight. If 48 hours passes, and these teams are still racing then Ha Long Bay, Viet Nam’s first race victory in the 2019-20 edition will be secured. All race points will be critical as the team currently sits in second place on the overall leaderboard.

John Broomfield from Noosa, Queensland, on arrival enthused: “It’s pretty good to sail around my home country. Coming into Fremantle was awesome after the Southern Ocean, but coming up into Queensland was coming home! We came past Noosa and it was pretty special. And when we arrived in the Whitsundays, a couple of my mates turned up with a big banner on a fishing boat, Matty Johns and Brett Coleman, it was pretty cool!” 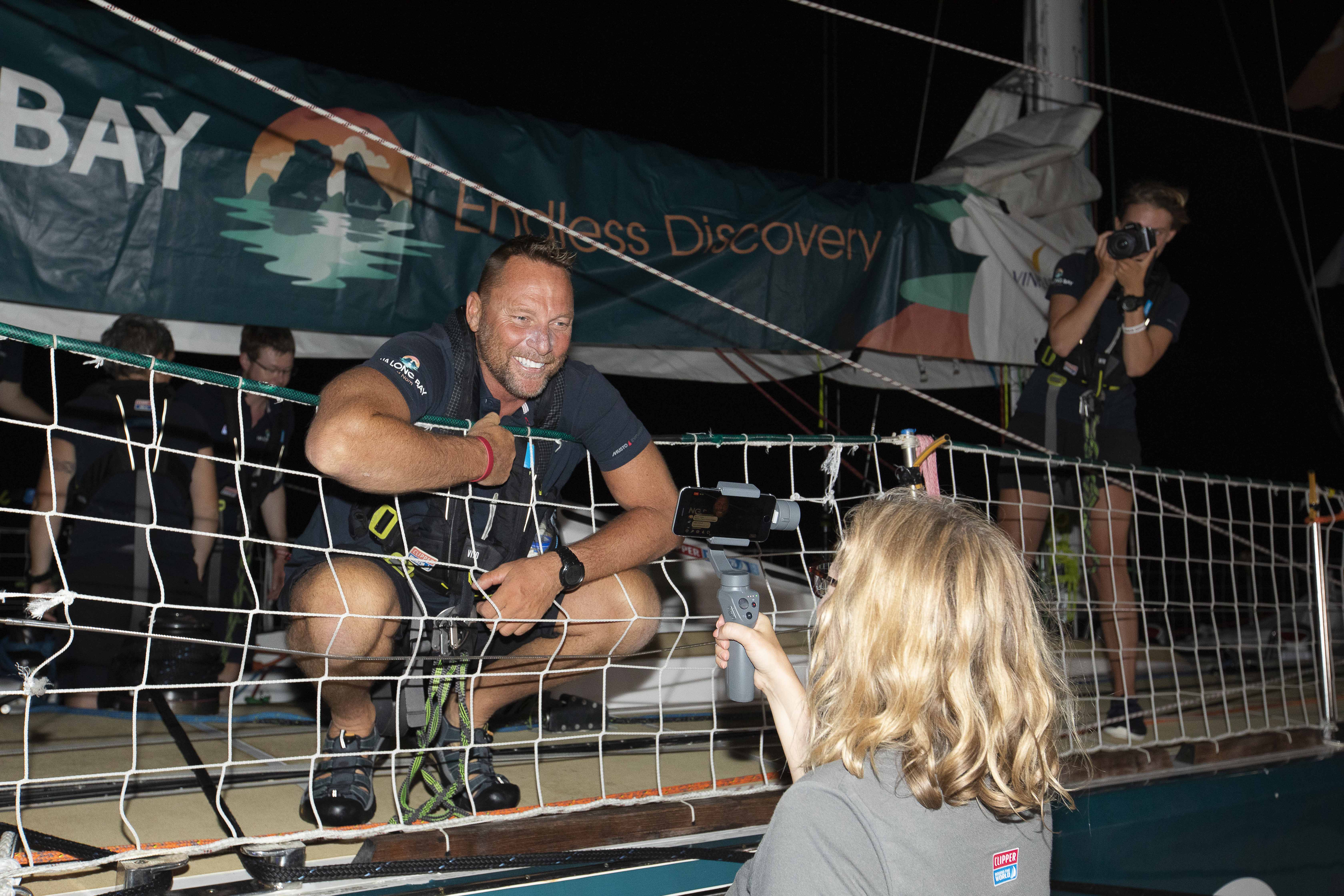 As someone who had never sailed before, John has now sailed halfway round the world and he added: “To any Australians thinking about it I say ‘do it!’. You look at all the YouTube videos and think you can’t, but you can! With the Clipper Race you can - you get all the training. Look at me, I’d never been on a boat, ever! And now I’ve sailed halfway around the world.”

The fleet will be berthed in Coral Sea Marina Resort, Airlie Beach for the duration of the stopover and awaiting the crew is a relaxing stopover in Whitsundays on the beautiful tropical coast of Queensland, Australia. Made up of 74 Island Wonders and located right in the heart of the UNESCO World Heritage Listed Great Barrier Reef, the Whitsundays will be a feast for the senses after a long ocean crossing.