Qingdao retains its place at the top of the overall leaderboard with its fourth win of the Clipper 2019-20 Race so far. The team will also collect an impressive six bonus points from the Scoring Gates, during this highly tactical Race 7: The Lakewood Hills, Zhuhai Race. 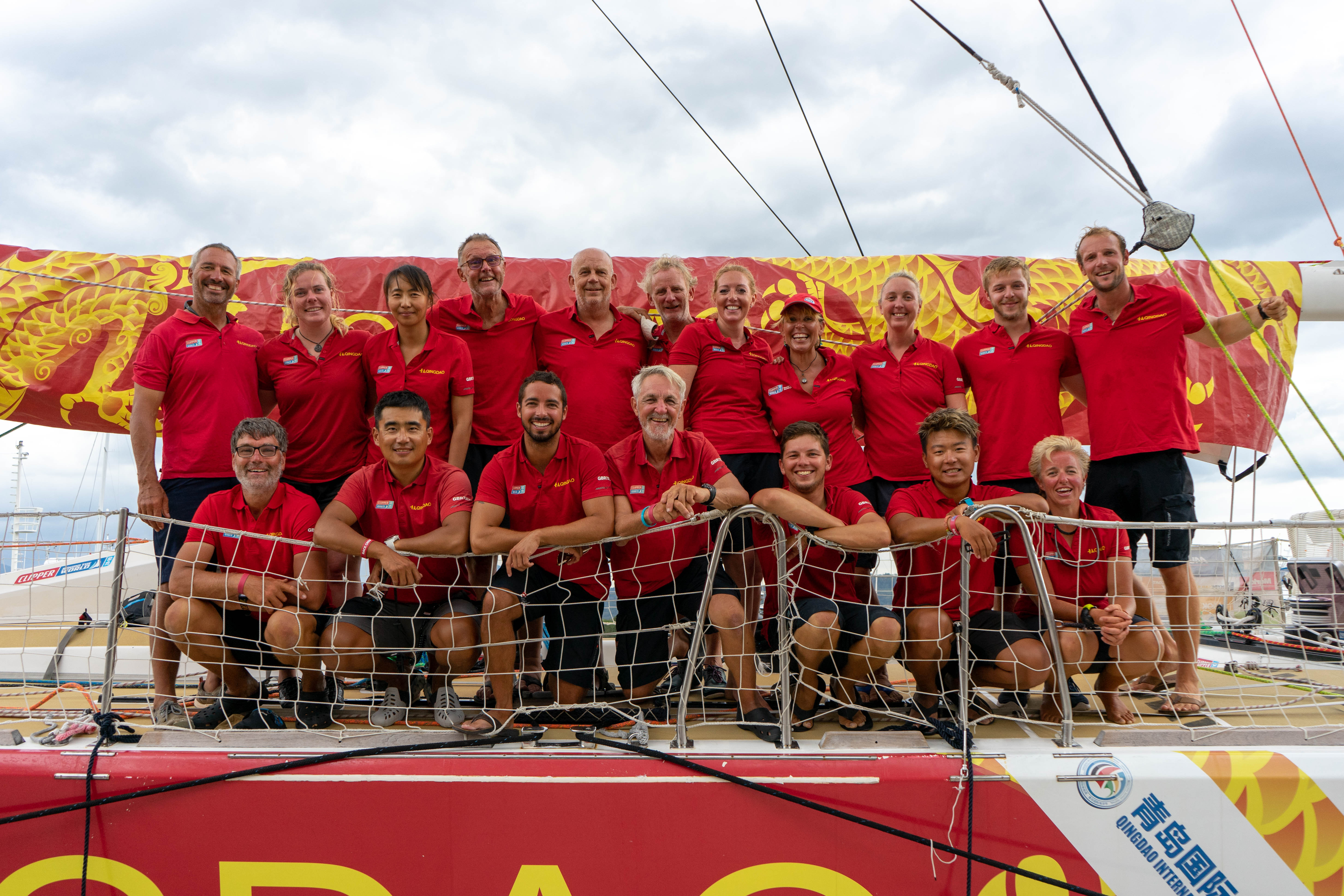 For the first half of the fleet, Race 7 concluded at Mandatory Finish Gate 2 and finishing positions have been determined for the yachts which crossed the gate and declared their finish time to the Race Office.

Having led from the front Chris Brooks, Skipper of Qingdao said: “It feels absolutely amazing to top the podium for a fourth time. It’s hard to find words to describe it, I am so happy to have been able to lead a fantastic team, and nice to be able to pull it out again.”

Commenting on the pressure from second placed Unicef Chris added: “It definitely keeps the team focused but do we make more mistakes under pressure? I think potentially but this race we've managed to hold it together. It certainly adds a huge amount of pressure to see a boat behind you and you know that one mistake and it could all be over in terms of achieving the top spot. They were fantastic competition, it's so nice to have another boat to give you that challenge, keeps you really concentrating.” 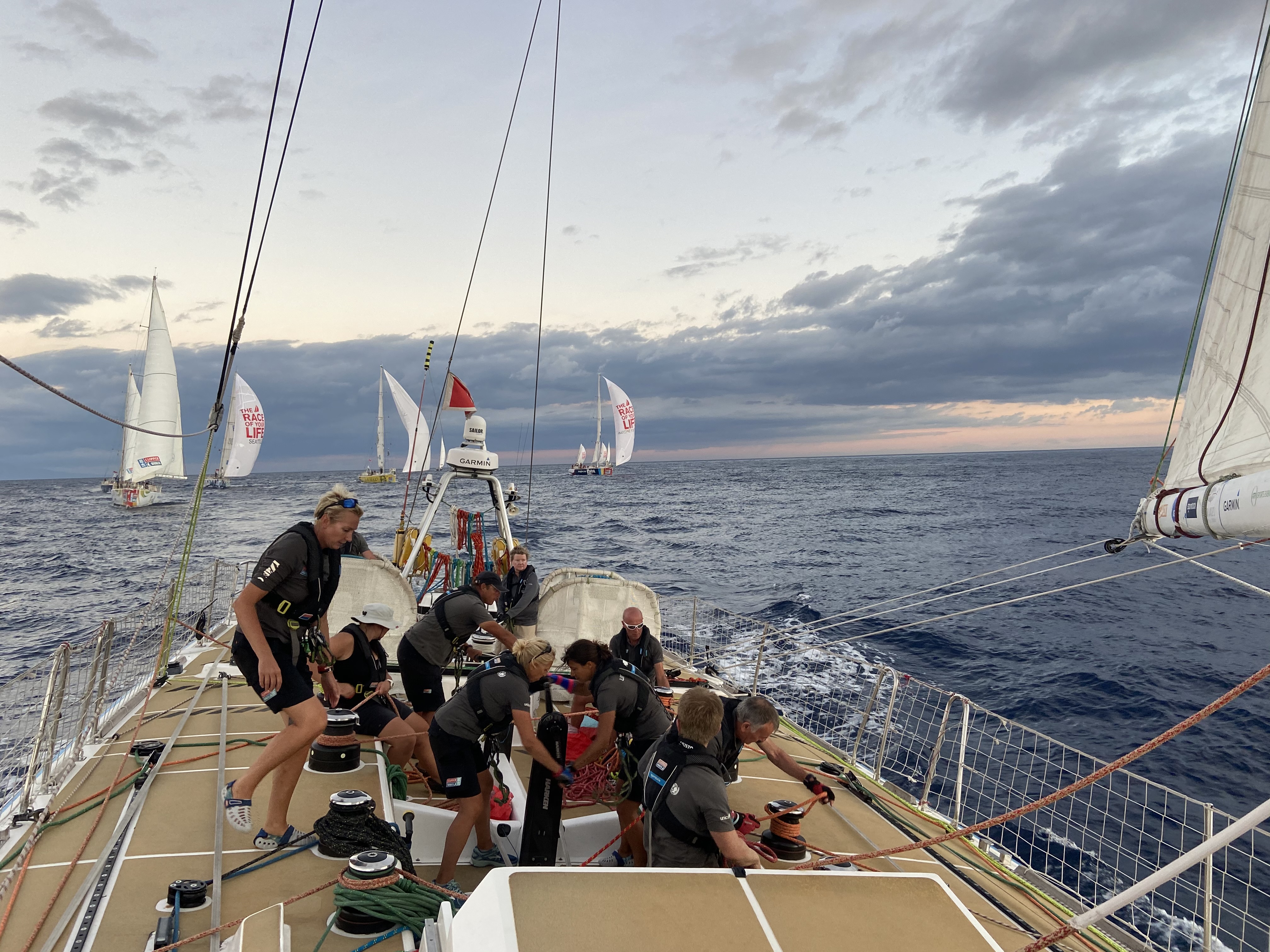 Qingdao Major International Sailing Events (Festivals) Organizing Committee said: “Congratulations to Qingdao on their continuous excellent performance in Race 7 of the Clipper 2019-20 Race, not only have they kept in the lead during the race, but also have obtained a maximum six points from the Scoring Gates, which has further secured the team’s lead in overall standing. Huge thanks to Skipper Chris and all the crew for their efforts and we look forward to the Qingdao yacht reaching more achievements.”

A return to the podium after a disappointing Race 6 has invigorated the Unicef crew. The team will add 10 race points plus four bonus points to its total.

Skipper of Unicef, Ian Wiggin, on arrival said: “It's a great finish for us, we finished eleventh in the last race, so to come back strong here just proves that we can do it. We were unlucky in the last one, but our self-belief is well deserved, and we should be confident going forward. The boat is running well, the equipment is being looked after and the team is really working well together trying to tune the boat and to pushing each other, it's a really nice place to live. We've got some big legs coming up so to have that attitude and focus on the boat is very encouraging for us.” 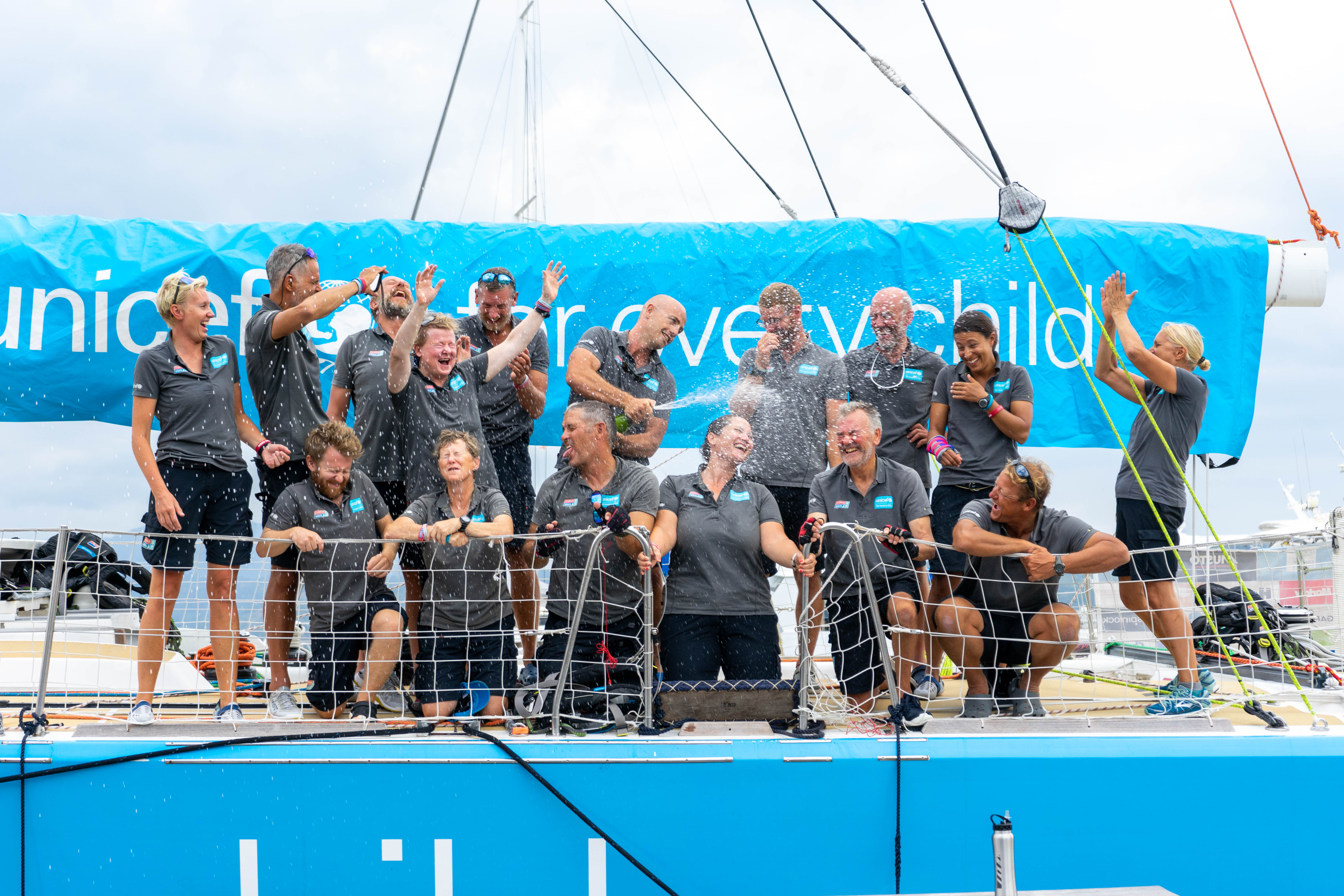 Sushil Thomas, Corporate Partnerships Executive for Unicef, said: “On behalf of the Unicef family, we would like to say a huge congratulations to Skipper Ian and all the Unicef crew on the amazing achievement of coming second in Race 7! We are all so proud.”

He continued, “Having shown incredible strength of character to bounce back from a difficult Race 6, the team has secured its third podium finish. Not only has the team been continuously plugging away with amazing fundraising efforts, inspiring others to do the same, but the crew has also shown a great amount of hard work and determination, so huge congratulations once again. Go Unicef!” 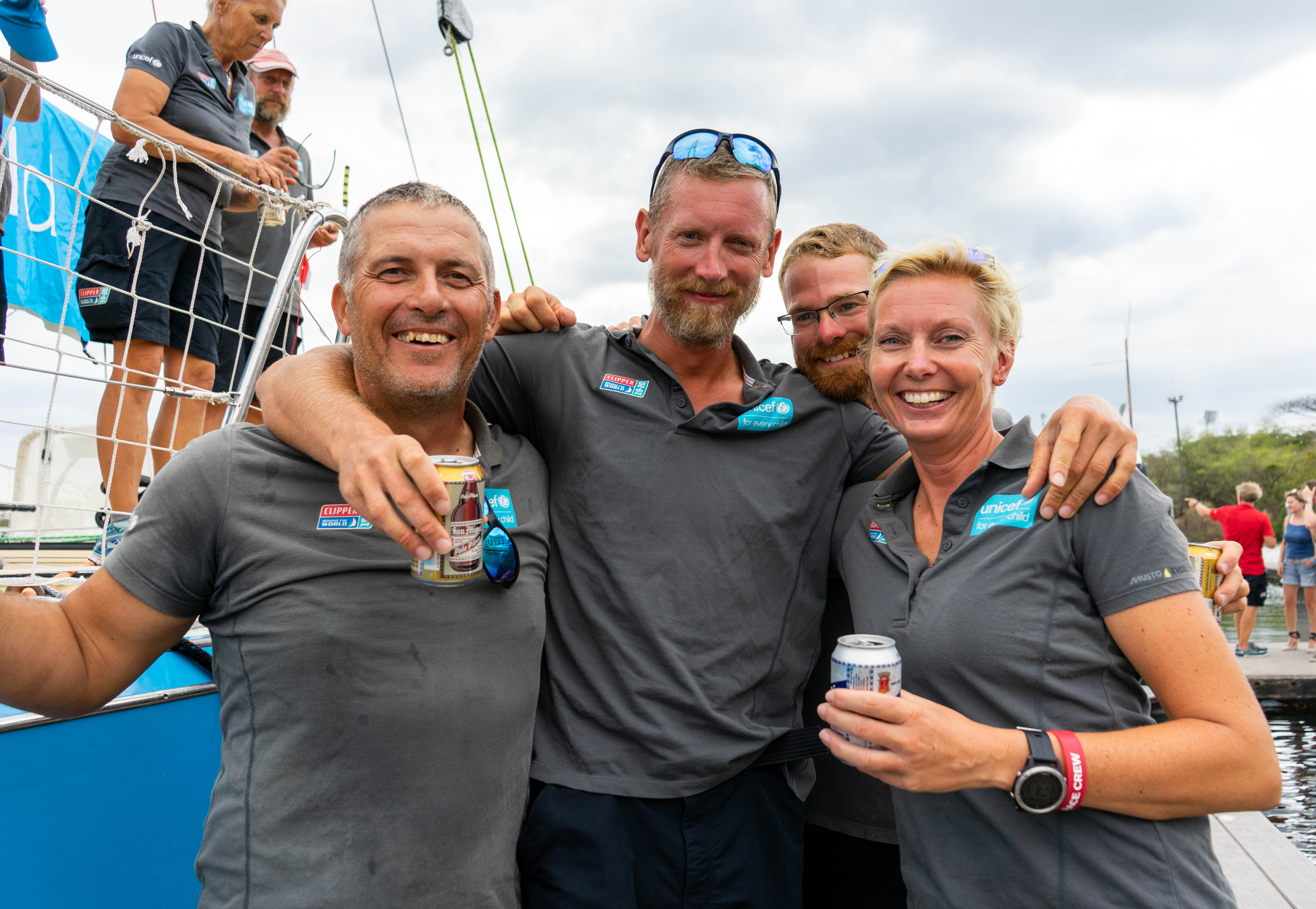 The seventh race in the Clipper 2019-20 Race edition, a 1,600 nautical mile race, named The Lakewood Hills, Zhuhai Race started downwind with the fleet in close quarters with each team hoping to make the most out of each gust in now renowned Luzon Strait and it was the inshore route which paid off. Once clear of the island, the wind was on the nose as the teams had a hard beat towards the northern part of the course.

Midway through the race the fleet was spread from east to west before converging to round the western most Japanese Ryukyu Islands. By this point Qingdao and Unicef had carved out a lead and with the increased wind in the second half the chasing pack could not close the gap. 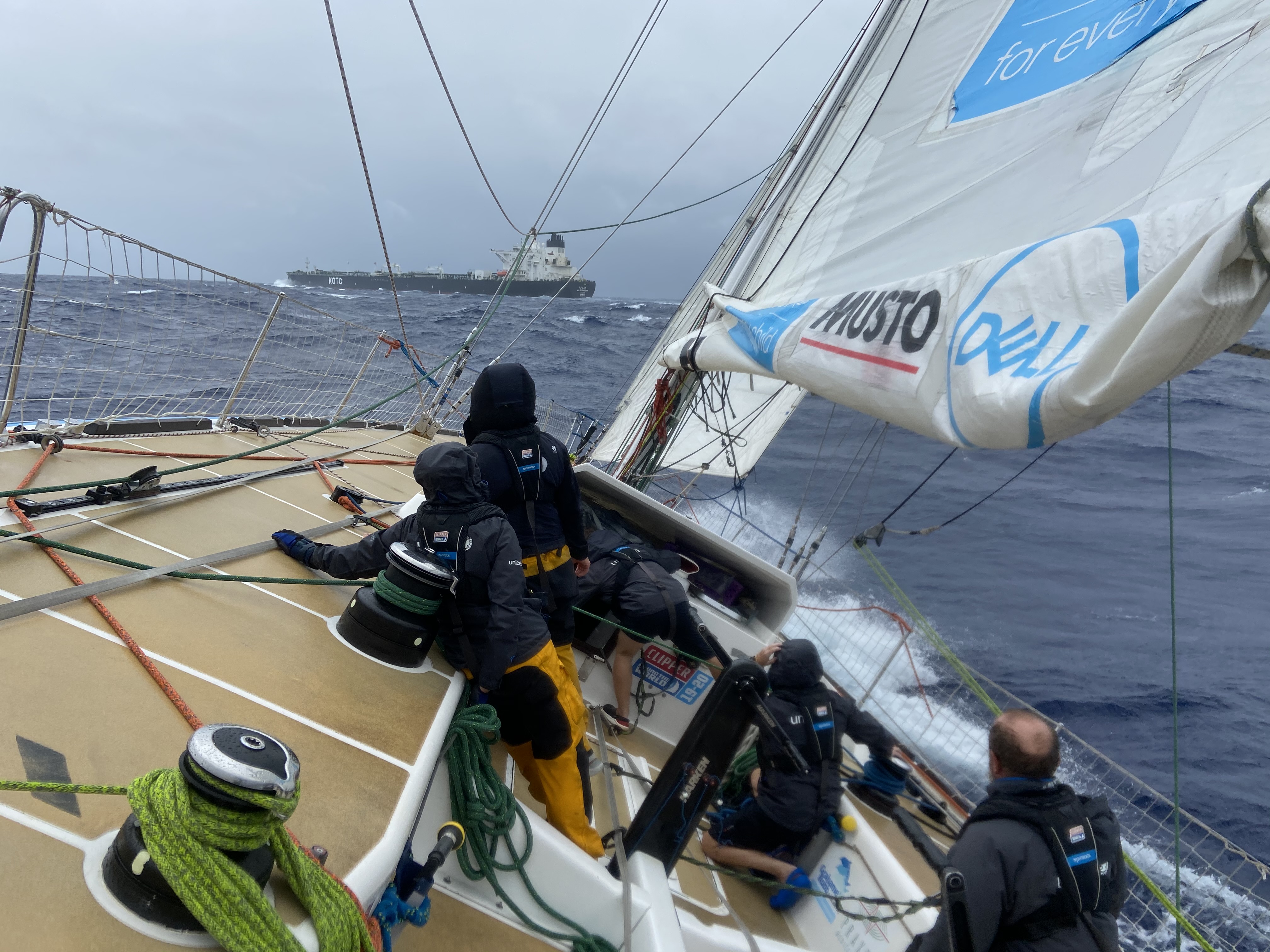 Race 7 included two scoring gates; virtual gates where the first yacht to pass through gets three bonus points, second receiving two and third awarded one. The wind and weather conditions contrived to present the opportunity for the leading teams to pass through the Scoring Gate East and then gybe, head due west and then pass through the Scoring gate West, thereby scooping up even more bonus points. Qingdao adds six, Unicef collects four and Visit Sanya, China picks up two points to add to their overall tallies.

With the Dell Latitude Rugged Ocean Sprint results to be revealed at Race 7 Prizegiving Ceremony (5 March), more points could still be added to these victorious teams’ results.

Completing the podium Imagine your Korea secured third place, crossing the finish line at 00:04:38UTC, making it a hattrick for podium positions across the race edition. 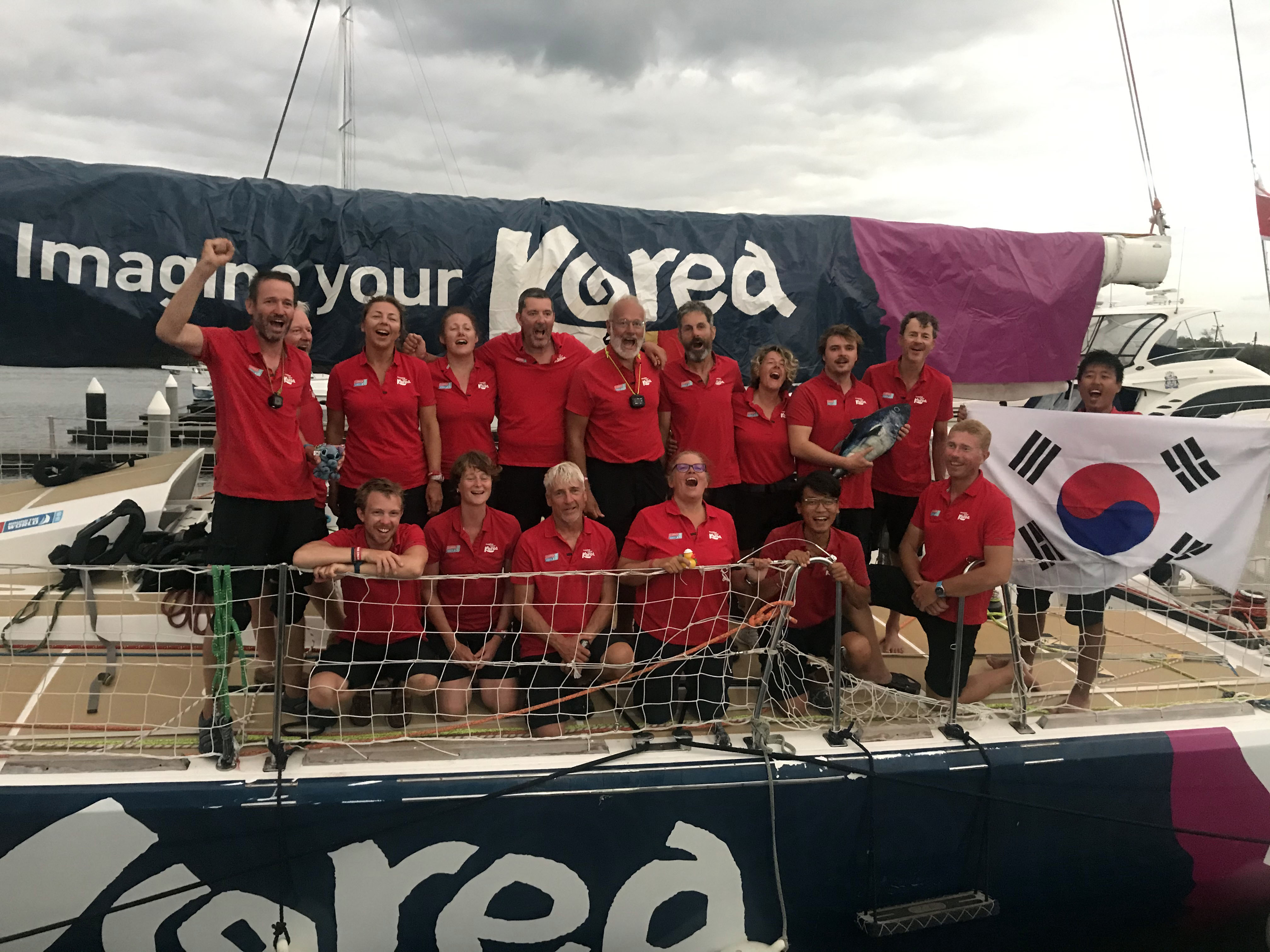 Han Kim, International Director for Korean Sailing Federation congratulated the team, saying: “Another podium for Imagine your Korea! Congratulations! The team’s efforts reflect what Koreans’ have done as a country, when faced with its current situation: overcoming challenges with courage, teamwork, determination, and openness. I thank the team for its encouragement towards the Korean people.”

Taking ten days, Race 7: The Lakewood Hills, Zhuhai Race concludes Leg 5 after the Clipper 2019-20 Race route was amended following the coronavirus (COVID-19) outbreak. The fleet will be berthed in Subic Bay Yacht Club for the duration of the stopover ahead of the start of Race 9.