The Race Village in Cape Town is a hive of activity as visitors to the V&A Waterfront Marina discover what life is like as an ocean racer ahead of the spectacular Race Start from the city on Saturday 31 October to Albany, Western Australia.

Free open boat tours have been running this week and finish today at 1800 but tomorrow our intrepid race crew will share their experience during Q&A sessions at the red Clipper Race dome from 1100 -1200 local time.

From extreme water polo to paddle boarding and on-the-water display shows, there are plenty of activities guaranteed to get visitors into the spirit of on-the-water adventure this weekend in conjunction with the South African Ocean Festival.

Amongst all the activity, Learning and Development Partner Mission Performance has been running high impact development coaching sessions for race skippers and crew members following the race to the Mother City and in preparation for the Southern Ocean Sleigh Ride to Australia.

The fleet also received a special visit from South African 1st Portland Pack, Mitchell's Plain and 3rd Fish Hoek Pack Brownie groups, invited to take a tour of a Clipper 70 by round the world crew member and UK 6th Fulham Brownie leader, Ruth Charles, who is taking part in this year’s race.

Michelle Thompson from GIRL GUIDES South Africa says: “It’s wonderful to meet Ruth and learn more about the race and her experience sailing around the world. It’s great to be able to show the girls what is possible in the world and what can be achieved, to challenge themselves and be adventurous. Girl Guiding is a global network, connecting with other people around the world and being here today is inspiring.” 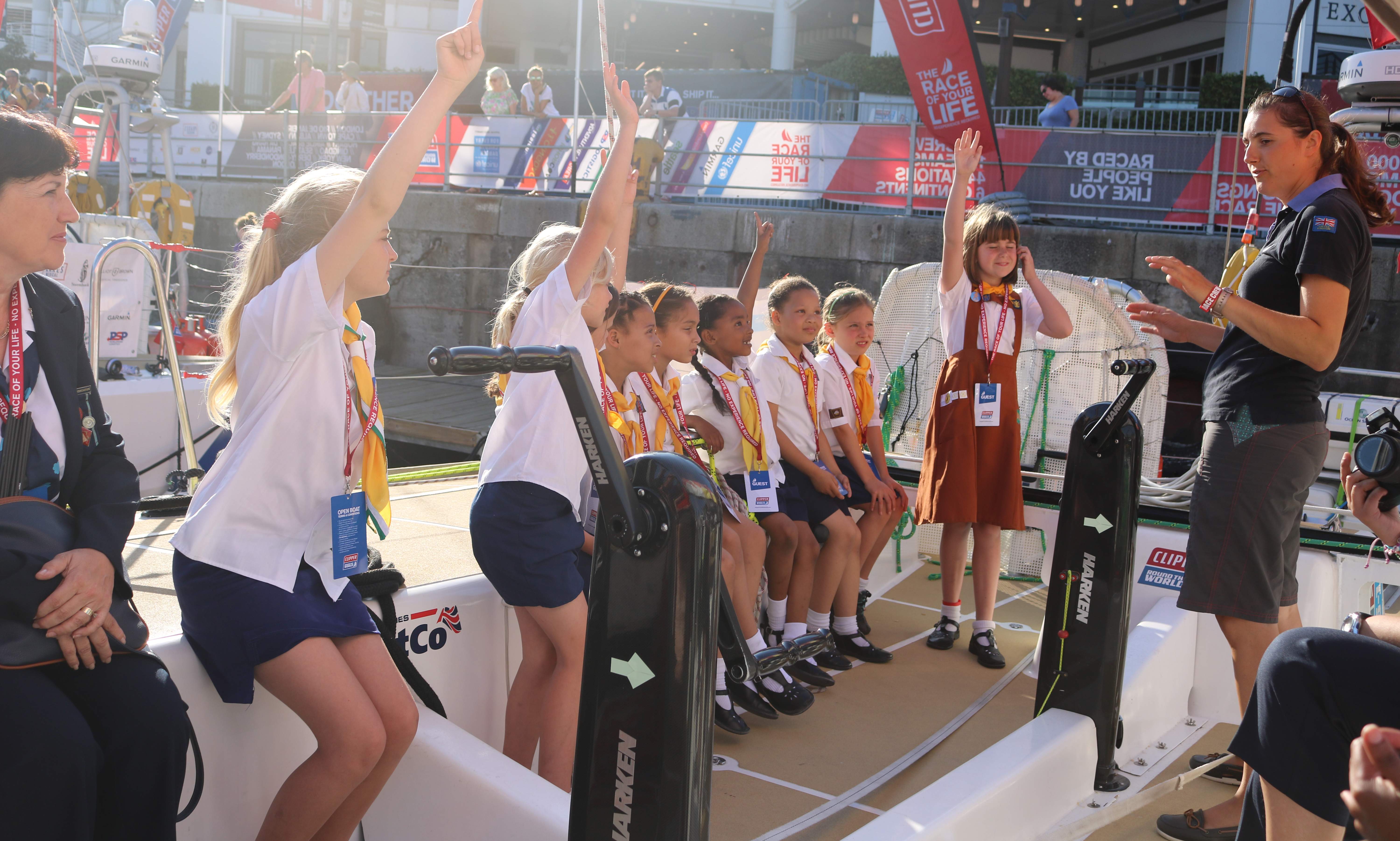 Race 3: The Wardan Whip starts on Saturday. Spectators can watch the twelve ocean racing yachts and support flotilla depart in a grand ceremonial parade against the spectacular backdrop of Table Mountain from mid-day.

Race 3 - Cape Town, South Africa, to Albany, Western Australia - will be called the Wardan Whip.Wardan means ‘ocean’ in Noongar, a dialect spoken by the Noongar people, traditional land owners of the south west Australia region; and the City of Albany naming competition…

Ahead of the start of the Southern Ocean Leg 3, we meet crew member Christina Cunningham, who has known about…