Former Clipper Race skipper Alex Thomson received a hero’s welcome today when he returned to his hometown of Gosport after beating the British Vendée Globe record.

Alex, who holds the record as the youngest skipper to win the Clipper Race, was welcomed back by hundreds of people who turned out on this snowy Saturday morning to cheer him in as he brought HUGO BOSS back into Portsmouth Harbour.

Following a thrilling sprint to the finish line in Les Sables d’Olonne, Alex finished the Vendée Globe in second place on 20th January after 74 days, 19 hours and 35 minutes at sea - just 16 hours and 31 seconds behind winner Armel Le Clèac’h. 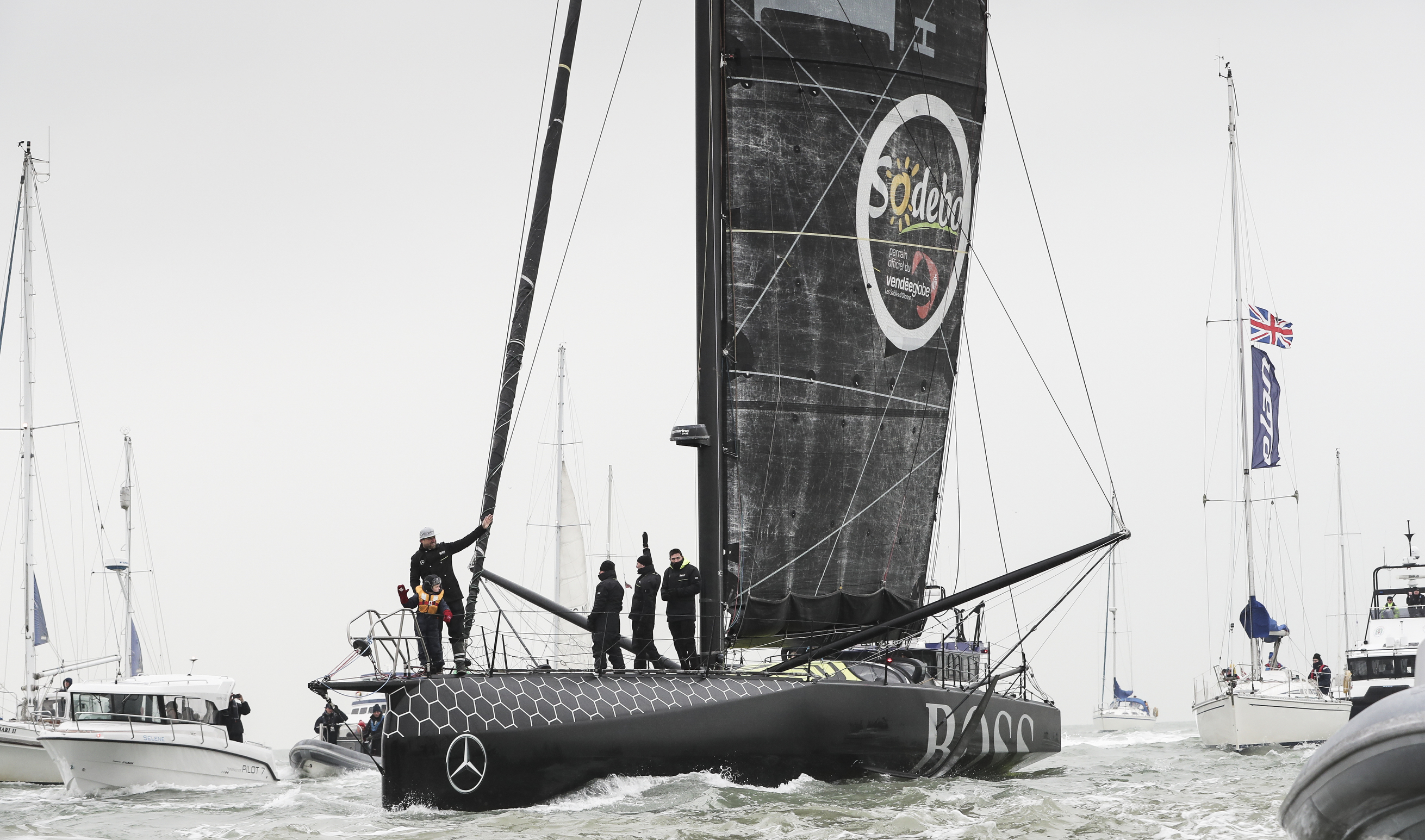 Speaking at his homecoming ceremony in Gosport, where the Clipper Race is also based, Alex said "The support I receive from the local community when I’m competing is always overwhelming and this Vendée Globe was no different. It was fantastic to sail HUGO BOSS into the harbour this morning and see the crowds come out, making it a very special day. It was really great to be met by the Clipper Ventures team as this is where I completed my first round the world race.

"When you do the Vendee Globe, anything can happen. You never really know if you're going to finish. Even in the last 24 hours one of my competitors, Conrad Colman, was very close to Spain and just lost his mast less than 1,000 miles from the finish. Anything can happen. So when you cross that finish line, that release of emotion is immense not just for me, but for the whole team."

Just like his record breaking Clipper Race victory in 1998, where he won the race aged 25 with his Ariel crew and set a still-to-be-broken record of six consecutive race victories, this was a remarkable race for Alex. As well as smashing his own British Vendée Globe record of 80 days, Alex broke the world sailing record twice – travelling 536.81 nautical miles in 24 hours to hold the record of fastest solo sailor on a 60ft monohull in a 24-hour period.

Clipper Race Chairman Sir Robin Knox-Johnston remains the only Brit to win a solo, continuous circumnavigation, after claiming victory in the forerunner to the Vendée Globe, The Golden Globe, in 1969.

Sir Robin said “It is high time that record was broken and I would have been delighted if Alex could have done it. Not quite this time but I hope he does in 2020.

“He did extraordinarily well considering his boat was partially crippled early on by breaking one of his foils. To us, he will always be one of our Clipper Race family. We’re all very proud of him.

“We are sending one of our Clipper Race boats out to welcome Alex back to Gosport, where our training base is also located. We have one of our former Skippers, along with staff and some crew members heading out to welcome him back. I hope it will be a huge reception to recognise what Alex has achieved. Ocean racing is very demanding, as Alex well demonstrated, but his success can only be good profile raising for our sport.”

When asked about participation in the next Vendée Globe in 2020, Alex confirmed that he had found time to to discuss it with his wife, Kate, saying "I have checked with the boss, and she says it is okay!"

16-19 February: Join us at the Telegraph Outdoor Adventure and Camping Show

Looking to test yourself in the great outdoors and have a great day out in London? Then the Clipper Race stand at the Telegraph Outdoor Adventure and Camping Show is for you!As one of the toughest endurance challenges on the planet, the Clipper Race is…

Less than two years since it was formed, Clipper Connect, the business networking group for former Clipper Race…

Kia ora and happy Waitangi Day!The Clipper Race has always been warmly embraced by New Zealanders, and after seeing race after race, how well our many Kiwi crew handle one of the world’s toughest endurance challenges, the feeling is mutual. There has only been one…