A high point for the teams as they get ready for the adventure of a lifetime is the time which is dedicated to them; their official naming ceremonies. The audience is made up of crew, their supporters and partners as the boats officially get christened before they depart on Sunday 1 September. On Thursday 29 August, three teams enjoyed their moment in the limelight to celebrate what it means to be part of the team, and for supporters to wish them good fortune and safe travels during the Clipper 2019-20 Round the World Yacht Race. 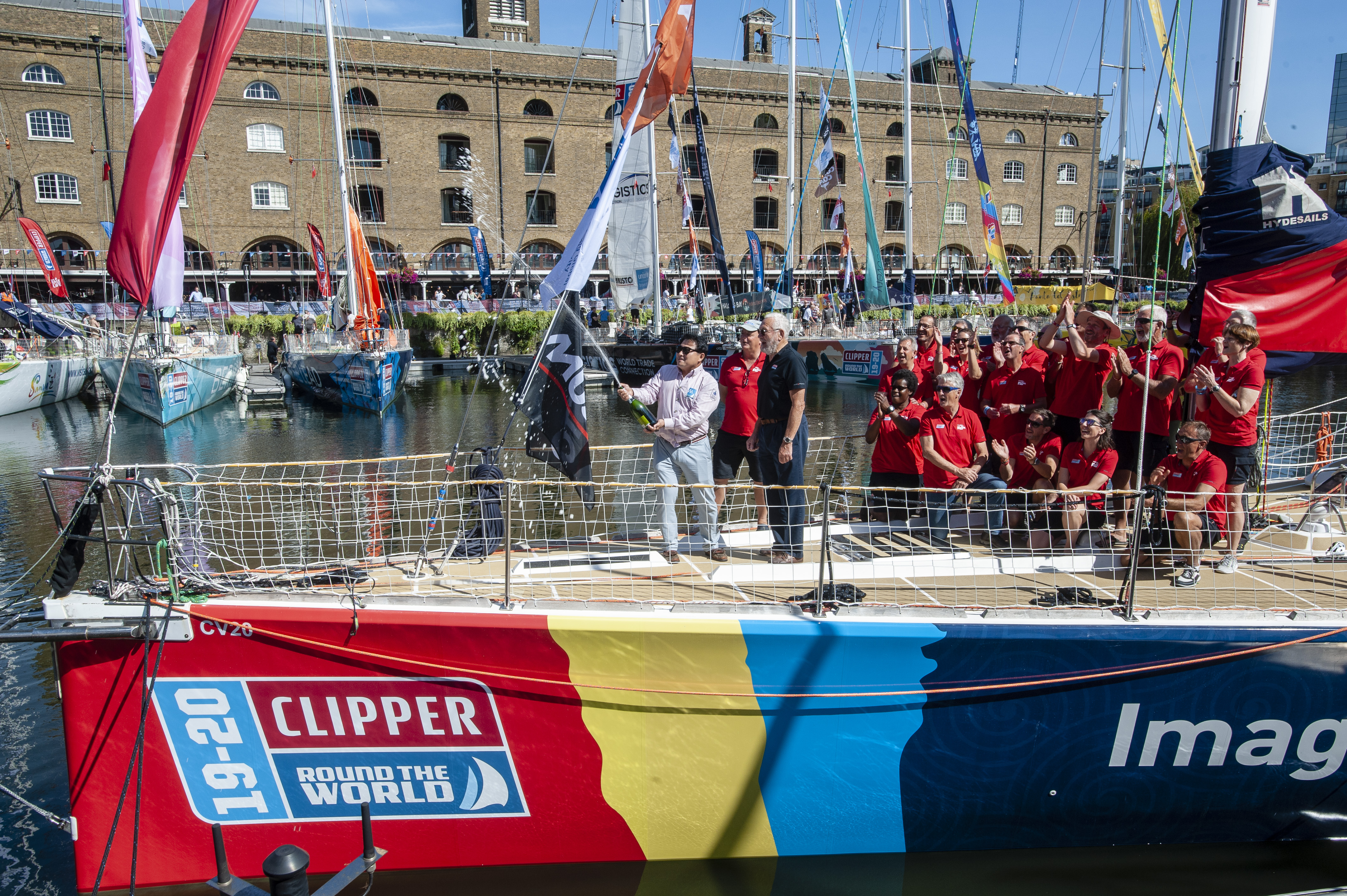 Kicking off the day’s celebrations under the London sunshine yesterday saw all eyes on the debut Korean team entry Imagine your Korea. Sir Robin Knox-Johnston spoke with enthusiasm as he spoke to the crew and welcomed Han KIM, the Imagine your Korea’s representative and Clipper Race alumni crew member.

Han KIM said: “We have been working very hard to have Korea involved and will continue looking forward to the 2021-22 race. As a Clipper Race alumni and the first Korean round the world, I can say that you will all go through difficult times and some really happy times but at the end of it all it will be AMAZING!”

The partnership is supported by the Korea Tourism Organisation, Gin-A Co. Ltd, The Korean Sailing Federation and The Yeosu Yisunsin Marina. The team will fly the flag for Korea’s sailing opportunities as they race around the world. 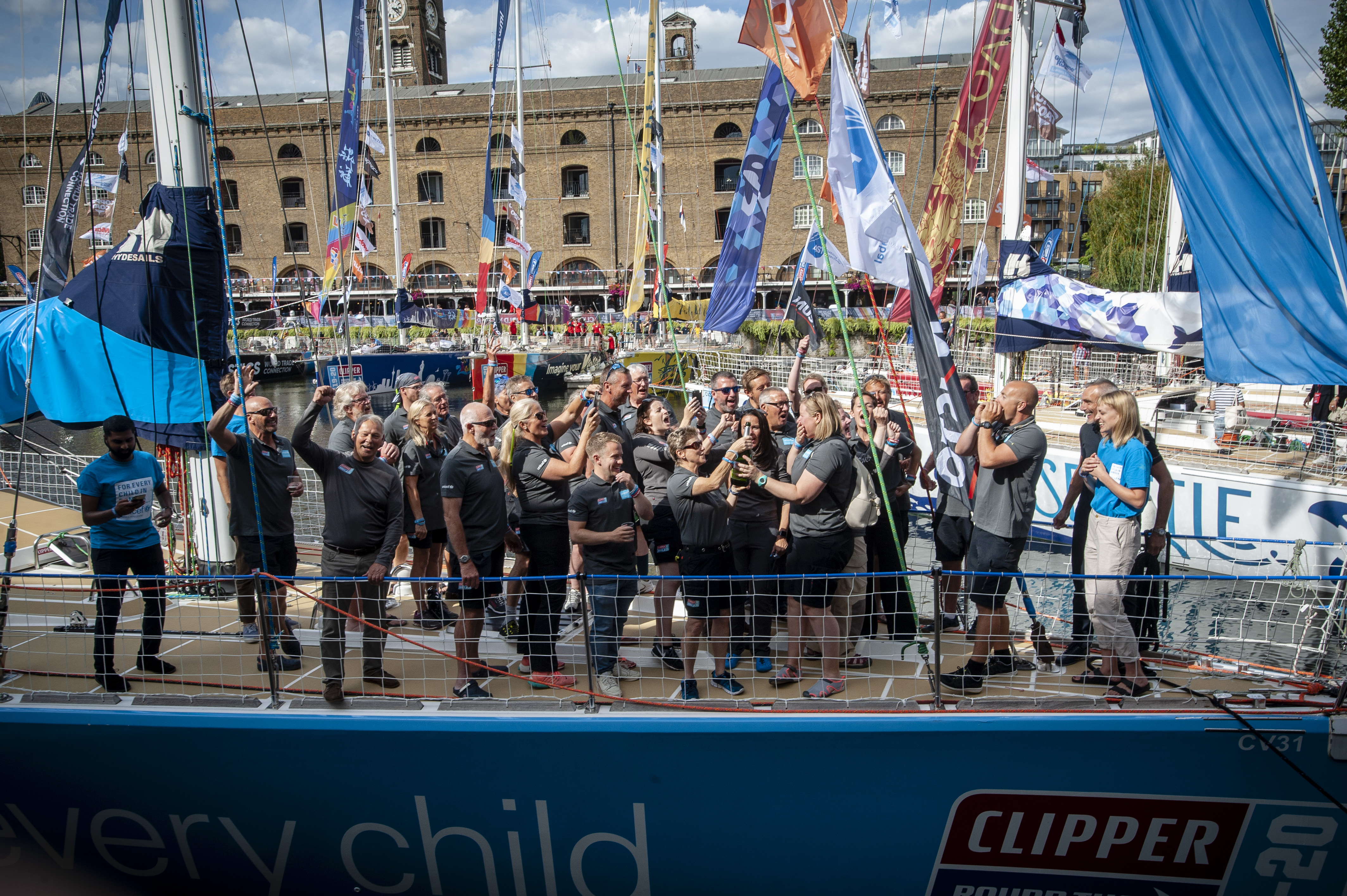 Each and every one of the eleven yachts have been busy fundraising for Unicef UK and in the afternoon the team dedicated to the charity had their moment. The team from Unicef UK thanked the Unicef crew for already raising over £42,000 for the charity already smashing their team target. The total raised by all crew and supporters now stands at £104,202 and counting.

Finally, the pontoon was filled with colour as another new partnership was celebrated, The Ha Long Bay, Viet Nam team put on a spectacular display, complete with traditional Vietnamese dress. There were beaming smiles as the debut team partner was introduced to mark them being part of the Clipper 2019-20 and then return as both a team and host partner in 2021-22. 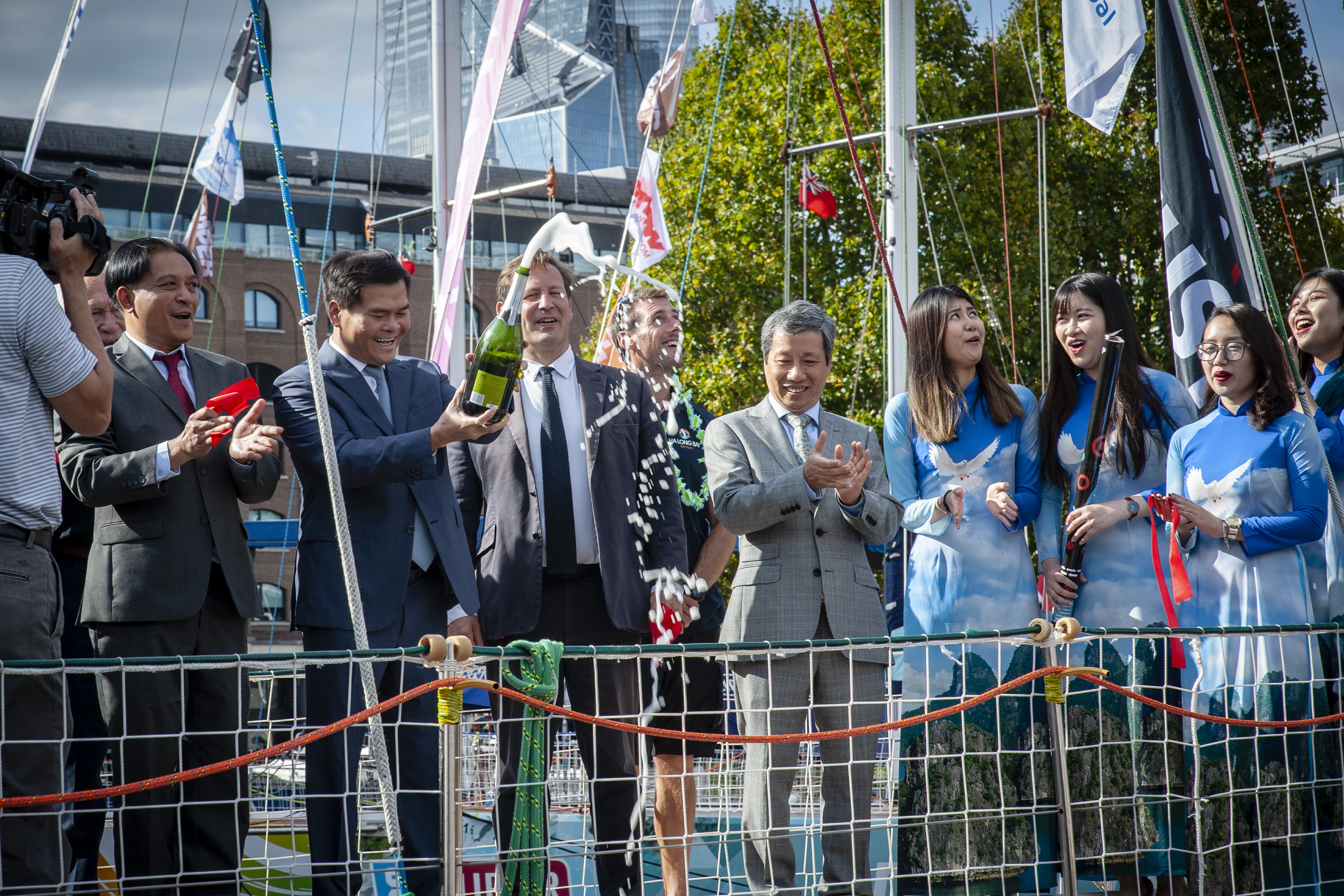 The festivities continued all week as the teams are flooded with well wishes ahead of Race Start on Sunday.