A testing first 24 hours of Race 7: The Forever Tropical Paradise Race has seen the Clipper Race fleet make slow progress whilst at the mercy of a light wind lottery. With soaring temperatures to contend with and only a light breeze to fill the sails, teams have been working hard to try and break away from the main pack in patches of breeze.

The lack of wind, which has burdened the fleet since the race officially started yesterday, has kept teams closely together and has also brought about changes across the leaderboard.

Sanya Serenity Coast has pipped Dare To Lead to take first place today and whilst the leading team is beginning to make some progress towards the yacht’s home port of Sanya, the light wind conditions remain testing for the crew. Skipper Wendy Tuck explains: “It’s hot, the competition is even hotter with yachts all around us, the big Code 1 (lightweight spinnaker) is up, although it had a little rest last night as the breeze was really light and the Windseeker made an appearance for a few hours.”

Second placed Dare To Lead is being chased by PSP Logistics, now in third place, for the second consecutive day but as PSP Logistics Skipper Matt Mitchell explains, progress remains slow for both teams: “So, you may have noticed that we haven't made very good progress over the last 24 hours, well we haven't. Wind holes galore where every point of a knot of boat speed was worked hard for.” 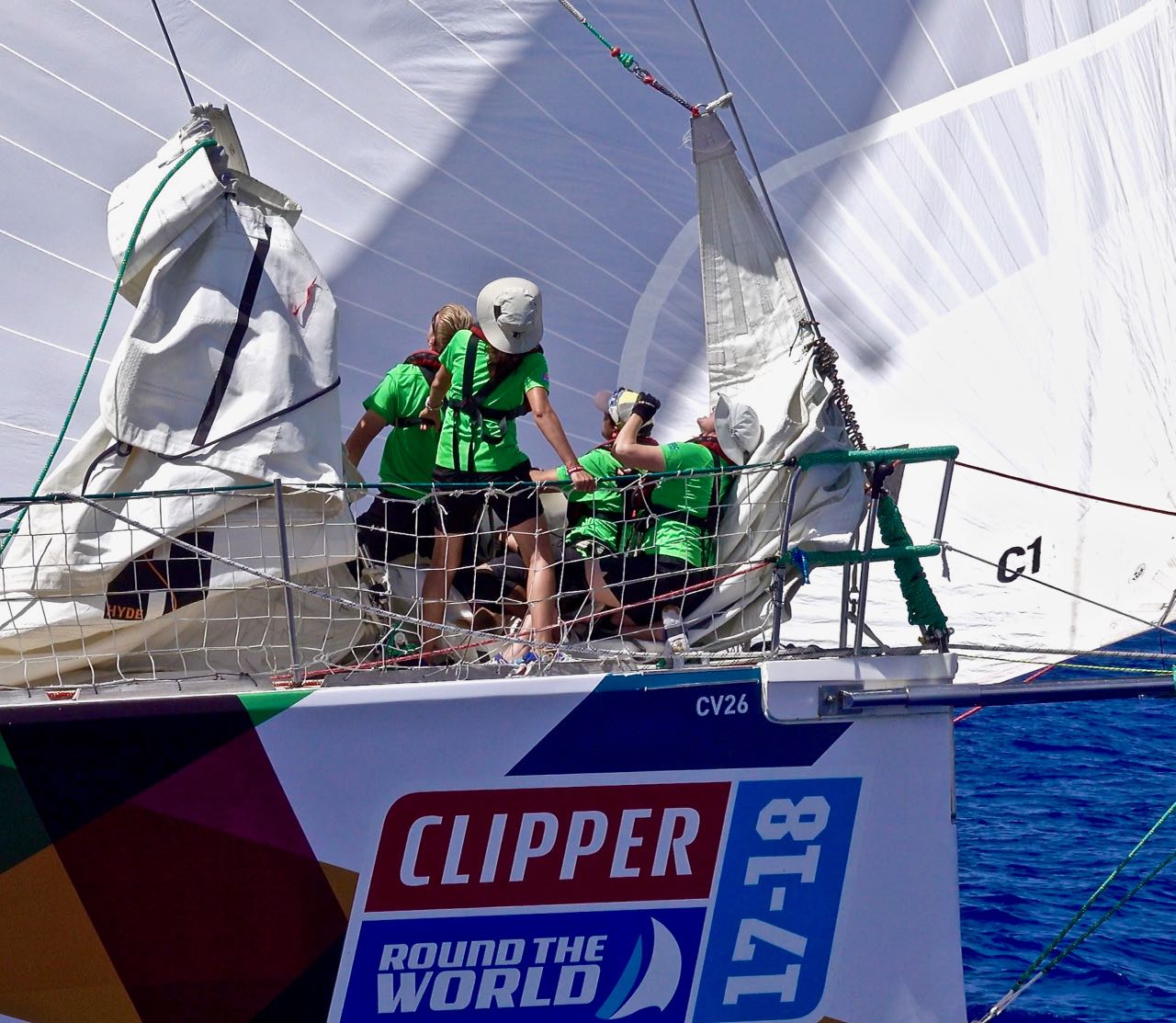 Slightly behind the frontrunners, Unicef, now in fourth place, has moved up the leaderboard from fifth yesterday overtaking Visit Seattle which has dropped to fifth. Whilst Qingdao has managed to hold onto sixth place for the second consecutive day.

HotelPlanner.com, in seventh place, has been busy clawing back some valuable miles on the fleet and is match racing with Garmin, currently eighth.

However, with such fickle wind speeds, positions have been changing continuously as the fleet heads for the virtual course mark ‘Light’ where key tactical decisions will start to take effect. HotelPlanner.com Skipper Conall Morrison reports: “We traded places with Qingdao during the night and early morning as we performed better at one stage under Windseeker, and then with a little more breeze they passed us under Code 1 (lightweight spinnaker). Right now, we are trying to match speed with Garmin.”

Whilst Garmin Skipper Gaetan Thomas is eager to start breaking away: “This morning we were the first boat to gybe and just after PSP Logistics and HotelPlanner.com did the same and later all the fleet did. Too bad, I was trying to do something tactical and sneaky but when we are all on AIS (Automatic Identification System) range, it seems that the fleet loves to stick like flies.”

The jostling of positions continues towards the back of the leaderboard but at only 15nm behind the leader, Nasdaq Skipper Rob Graham is staying optimistic, reporting: “The gentle conditions have allowed everybody to find their sea legs without passing through the seasickness stage, and allowed our new joiners in particular to concentrate on learning.”

Despite slipping to tenth place David Hartshorn, Skipper of GREAT Britain, is pleased with the progress of the team in the opening stages and has used the light airs as an opportunity for joining crew to perfect spinnaker helming skills. After a mid-fleet start yesterday Liverpool 2018 is now in eleventh place.

Looking ahead, the next 24 hours should provide the teams with some cooler and faster conditions but Clipper Race Weather Guru Simon Rowell explains that the tropical depression which was due to bring big winds has moved further East of the course and is bringing less wind than initially forecast.

Race 7: The Forever Tropical Paradise Race will finish in Sanya Serenity Marina in Sanya, and the fleet is expected to arrive between 21 – 25 February after roughly 23-27 days at sea.

Although Race 7: The Forever Tropical Paradise Race may only be in its opening hours, Dare To Lead has managed to pull away and currently has a two nautical mile advantage on the pack which, after the first Le Mans start…