Vice Mayor of Liverpool, Councillor Gary Millar, has spent an afternoon with the City’s Clipper Race Team Entry, Liverpool 2018, during the stopover in Qingdao, China, as he strengthens ties in the country as part of a visit that includes attendance to the Clipper Race partner GREAT Britain’s GREAT Festival of Innovation, held in Hong Kong from 21 to 24 March.

Councillor Gary Millar took the opportunity during his visit to Qingdao, which included meetings with key members of the Qingdao Municipal Government, to meet some of the Liverpool 2018 team members and Skipper Lance Shepherd. The team has been representing the city around the globe in Punta del Este, Uruguay; Cape Town, South Africa; Fremantle, Sydney, Hobart and the Whitsundays, Australia; and Sanya and Qingdao, China, since the fleet departed from Albert Dock on 20 August last year.

Speaking during his visit to the brand-new Clipper Race Stopover in Wanda Marina, Qingdao, Councillor Millar said: “Liverpool built its past and future on the blue economy and Qingdao, China’s Sailing City, is a fantastic place to host the Clipper Round the World Yacht Race.

“Qingdao is a great friend to Liverpool, it has a Liverpool Centre in the West Coast New Area, so we are already growing a blossoming relationship between the two cities.

“To have the opportunity to meet the skipper and crew of the Liverpool 2018 boat is great and the yacht, the ‘Pink Panther’ as it has affectionately been named, looks stunning and is a fantastic way to mark the tenth year from Liverpool being the European Capital of Culture.” 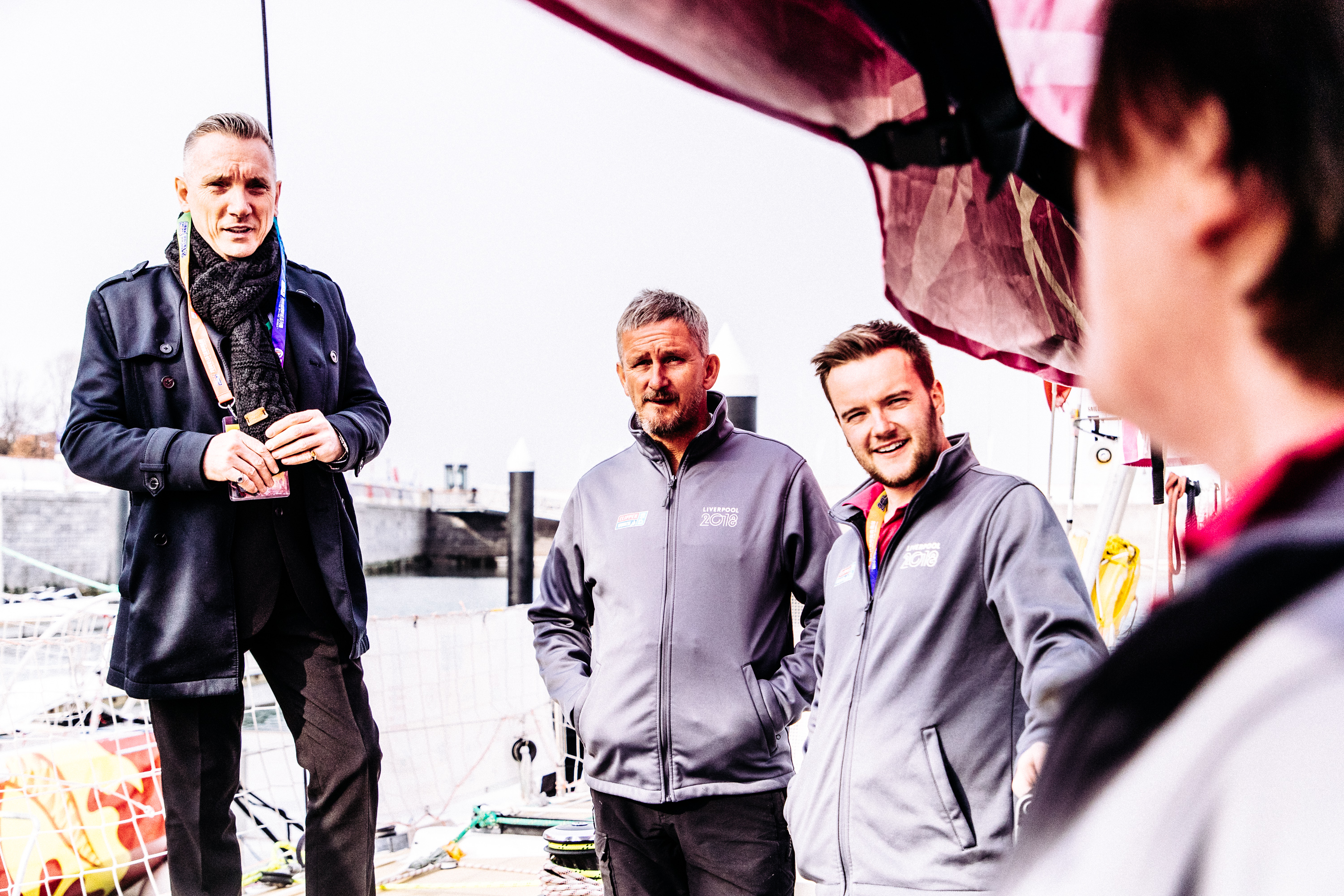 Following a tour of the team yacht by crew members, Councillor Miller added: “I am shocked by how close it is down below. It has fantastic facilities but it is all so compact below decks and space is at an optimum.

“It’s so compact that not everyone can sleep at the same time, and nor would they want to. Hats off to Skipper Lance and the crew members for what they have been, and are still to, take on!” 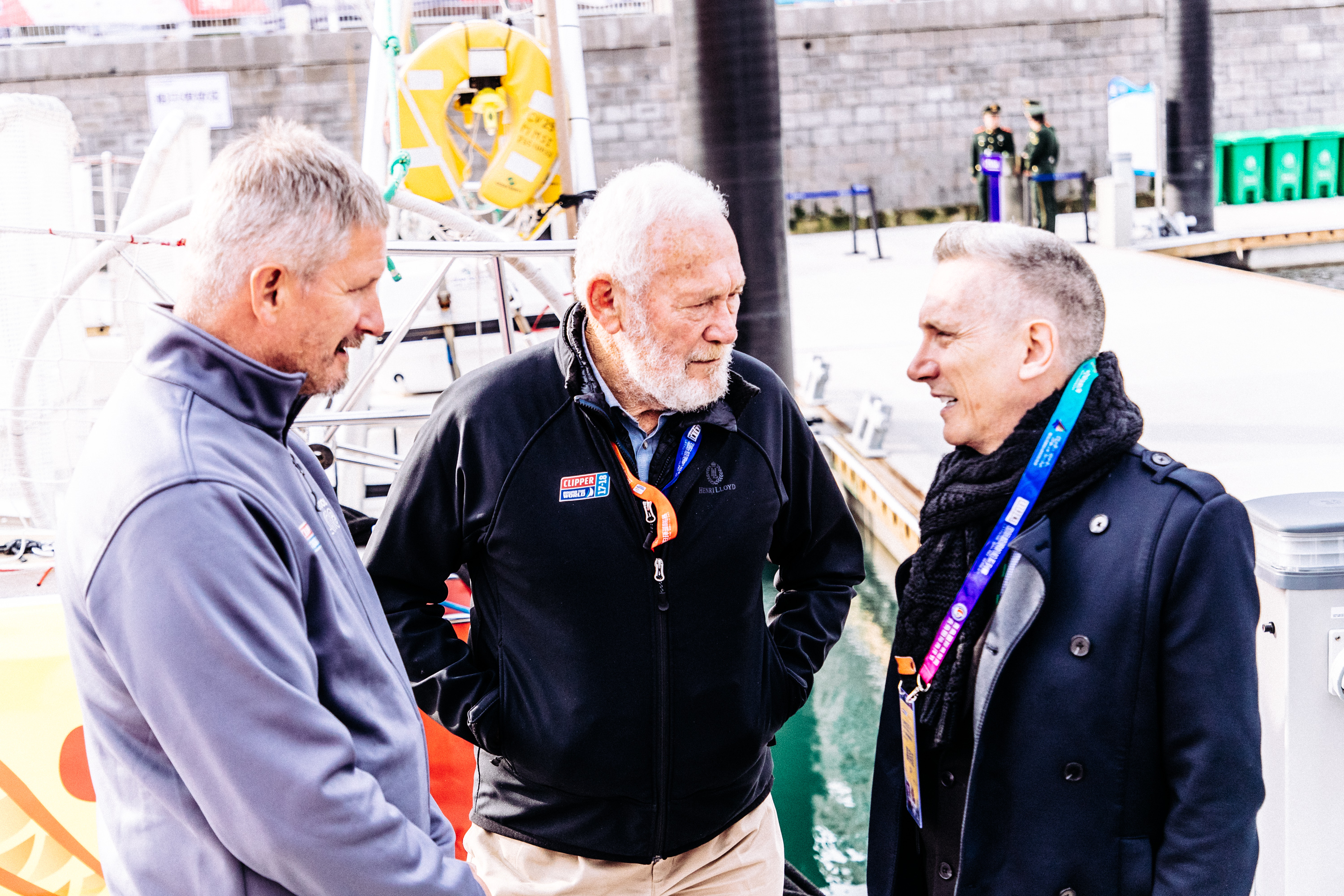 The visit comes just two days before the team embarks on what is thought of as the most challenging Leg of the Clipper Race; The Mighty Pacific Leg. Taking approximately 24-29 days and covering a distance of 5,600 nautical miles, the Liverpool 2018 team will sail across the North Pacific Ocean from Qingdao, China to Seattle, USA.

Speaking about the biggest challenge to date, returning crew member from Leg 1 Jonny Pillar, 27, from Manchester said: “I am really looking forward to getting back on board and taking on what I think is the biggest Leg of the entire circumnavigation.

“I cannot wait, I think the hardest part will be in the middle of the race when we expect big weather and waves. We will also cross the international date line, so we will go back in time which is bizarre! But it will be a great challenge and I am really looking forward to getting back on board.”

During the visit, Councillor Millar also attended Clipper Connect, a business networking group created to connect like-minded professionals from across the world. The Qingdao event looked into the development of waterfronts, a topic that is at the core of both Liverpool and Qingdao, and Councillor Millar addressed the 50-strong crowd alongside Clipper Race CEO William Ward OBE and Madame Zang AiMin, Executive Vice President of Qingdao Olympic Sailing City Development Association and Vice President of the Qingdao Major International Sailing Events Organising Committee, on the importance and key role of waterfront development in the city.