The Clipper 2019-20 Race restarted from the Philippines today with the eleven yachts, crewed by non-professional sailors, departing for the North Pacific crossing to Seattle. Race 10 is the first race to take place since the global sailing event was put on hold two years ago, due the pandemic.

The 6100nm race, named the ‘Sailing City | Qingdao Cup’ in honour of the Chinese city represented in this edition, will see the teams compete in one of the world’s most inhospitable places, the North Pacific Ocean. Expected to take just over a month, the some 150 Race Crew, from diverse walks of life, will face frigid temperatures with hurricane Force 12 winds not uncommon. Fast sailing is most definitely on the menu and the result will be some of the most exhilarating sailing experiences that can be gained anywhere in the world. 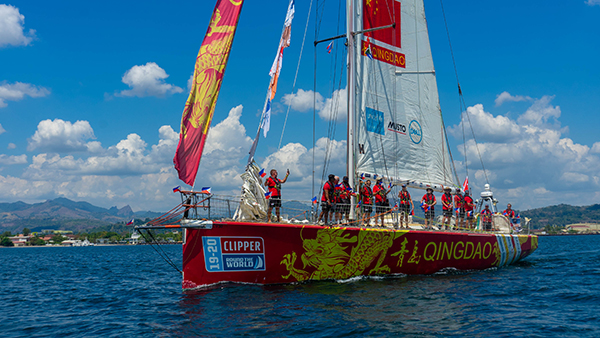 Says Clipper Race Director, Mark Light: “The mighty North Pacific Ocean is one of the most hostile places on earth and few people venture there, let alone race across in high tech state-of-the-art race yachts. The feeling of remoteness is matched only by the absolute beauty of nature and the power of all elements combining to give an awesome display of the natural world.

“Having a matched fleet of eleven Clipper Race yachts means that the closest competitors will be the best allies if needed and this offers comfort in that all yachts are reliant on each other for support as well as racing hard against each other.”

A congratulatory message was sent from Team and Host Port Partner, Qingdao. Mr Che Jinghua, Director General of Qingdao Municipal Sports Bureau, Secretary General of Qingdao Major International Sailing and a member of the Events (Festivals) Organising Committee, said: “I would like to extend my congratulations on the restart of Clipper 2019-20 Race, and my best wishes to our Race Skipper Chris Brooks and all the crew of Qingdao.

“I wish all of you safe sailing and a great performance in the coming race with your courage and skills, fighting against the waves and overcoming the impact of the Covid-19 pandemic. By naming Race 10, which sails to Seattle, the ‘Sailing City | Qingdao Cup’, we hope to make Qingdao, a vibrant, competitive and glamorous modern international metropolis known to more people who love the sport of sailing all over the world.”

Now that they have departed, the Clipper Race fleet will spend the following four days making their way up the western coast of Luzon, Philippines. This will be a period of final offshore race training and fine tuning ahead of the Le Mans Race Start on 24 March. It is approximately 290nm to the Le Mans Race Start area in position 19°00N, 120°30E. 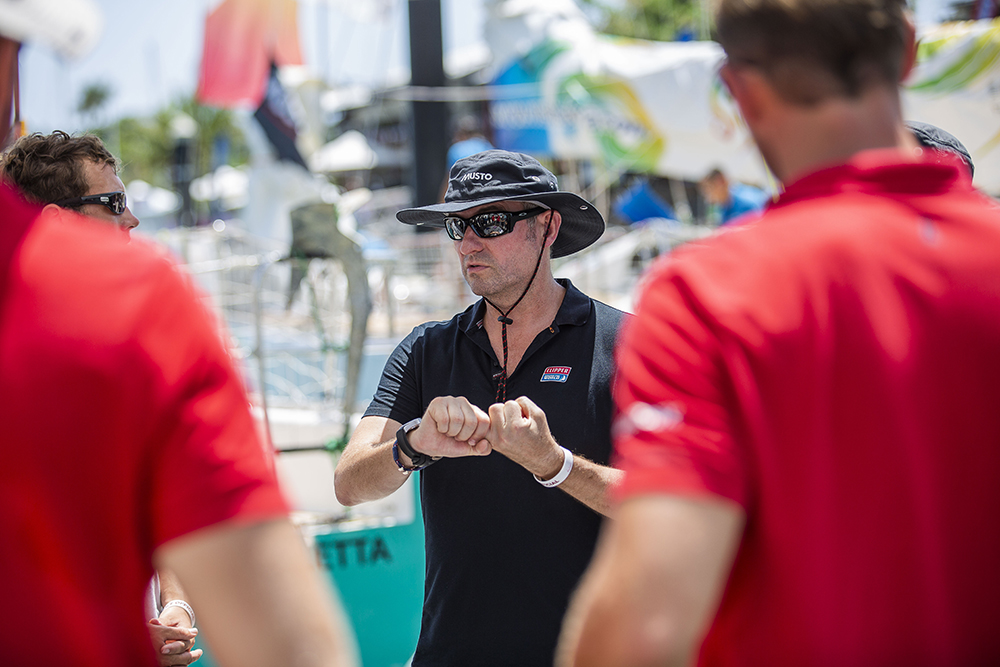 “In the Le Mans Start area in the Luzon Strait, the forecast is for moderate to strong upwind conditions as the fleet commence Race 10 into the typical north easterly monsoon winds. Wind strengths of 15 – 20 knots (Force 4 – 5) will be expected and may increase slightly and veer more to the east. As a result, we can expect the fleet to start their Le Mans upwind on a starboard tack heading in a northerly direction toward the southern tip of Taiwan.

“After the first 24 hours, the wind will veer further to the south-east and moderate to 10 – 15 knots giving a much more comfortable but fast reaching conditions. As the winds clock round to the south, spinnakers will be prominent with some really favourable downwind conditions. This looks to continue to be the case for the following two to three days which will give the fleet a really good and fast start to the race 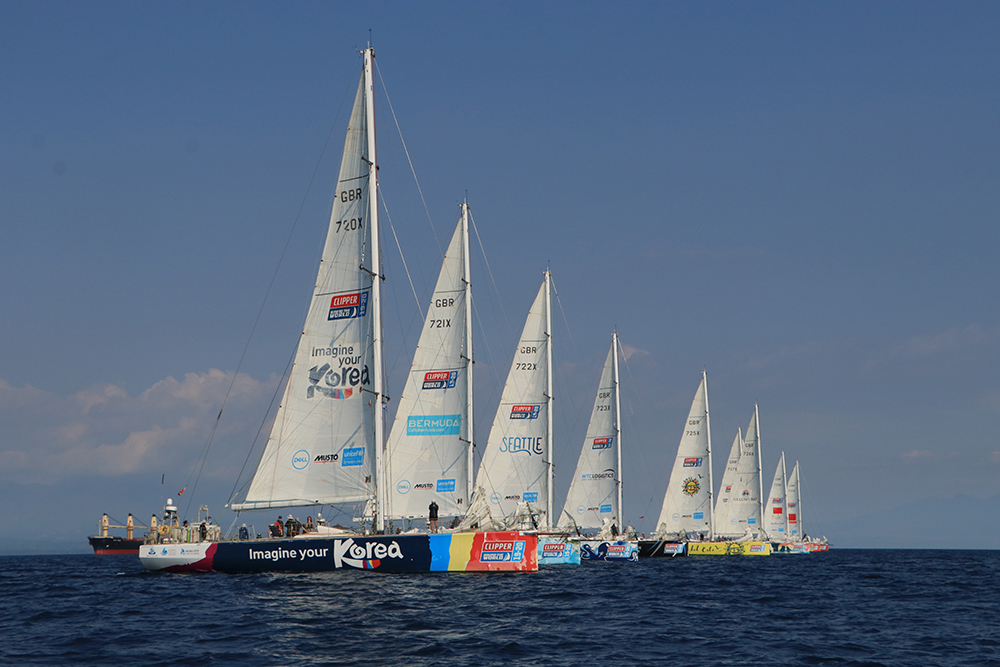 “Looking forwards, the yachts that can make ground to the north and east quickest may be the first to pick up the favourable westerly winds which will propel them across the North Pacific Ocean.

“Weather conditions across the North Pacific will be dominated by the large low pressure (depression) systems that roll across every few days. Moving into the great expanse of the ocean there are no land masses that impede these weather systems and this creates large sea states and big waves. The larger and more intense the depression, the stronger the winds and larger waves. Hurricane force 12 winds are not uncommon in the North Pacific but they are very predictable and easy to track in advance.

“The main tactic and key to a fast race is to position yourself on the correct side (the lower quadrant) of the depressions in order make best use of the strong westerly winds and fast downwind surfing conditions. The Clipper 70 yachts are best equipped when on downwind and reaching points of sail and they are very fast in these types of sea states.

“Race Crew can expect very wet and wild conditions through the vast majority of this race. Grey skies, cold temperatures and fast sailing is most definitely on the menu and the result will be some of the most exhilarating sailing experiences that can be gained anywhere in the world.

The atmosphere on the pontoons at the Subic Bay Yacht Club as the crews, and their eleven Clipper yachts, prepare…

Skipper thoughts ahead of ‘the big one’