After spending eight years living in London, firstly to study a Classics degree at Kings College and afterwards to pursue a career in advertising, Pip is ready for a new challenge.

“I quickly got into the routine of the nine to five treadmill of busy London working life. Every morning is spent fighting the tubes and having lived in London since starting university, I am ready to move on now!”

For Pip, who grew up in the countryside and is a lover of the outdoors, the opportunity to circumnavigate the globe despite having no sailing experience was just the lifestyle change and challenge she was looking for.

“I hadn’t sailed before I signed up for the Clipper Race but I have totally fallen in love with it! I’m leaving my job in central London and will be keeping my mind completely open after I return from completing my circumnavigation.” 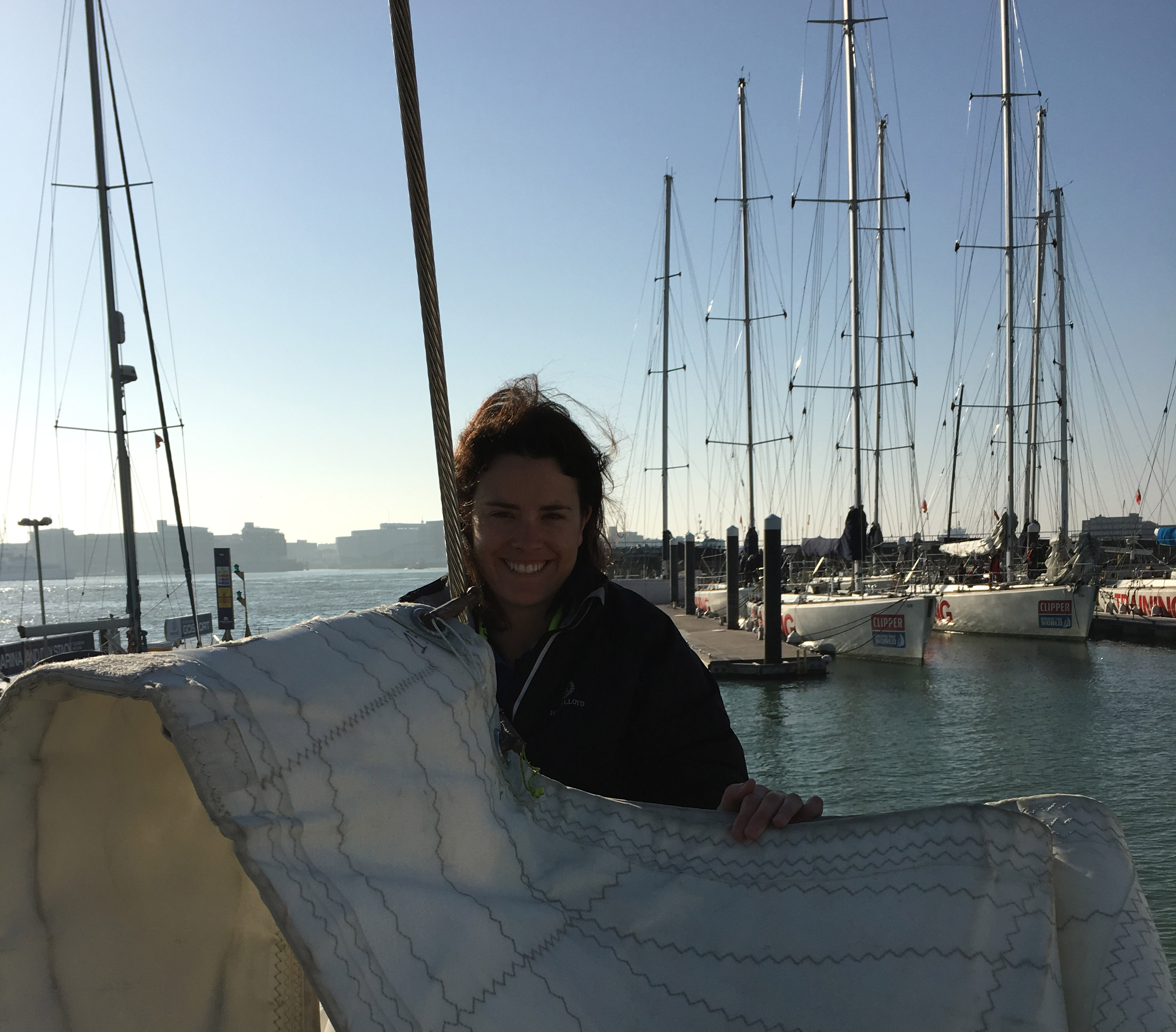 Pip has been working her way through Clipper Race training ahead of Race Start on 20 August. Speaking just after the completion of Level 3, Pip says: “I feel like I have come on so far from Level 1. I get on the boat and know what I should be doing and there’s been a few times where I’ve been able to help crew mates and show them how to do things.

“Level 3 was good, I really enjoyed it. It was tough, really hard work. We did 18 hour days which was challenging – but biscuits kept us going! Hopefully it is onwards and upwards and with Level 4 – and then Race Start!” adds a beaming Pip.

With a little over three months to go before the start of the Clipper 2017-18 Race in Liverpool, Pip has been hard at work outside of training, too. She says: “I learnt from previous training levels where I needed to improve my fitness so I have been going to the gym, going swimming and I’ve noticed such a difference when moving the sail bags and being able to sweat the mast. Its definitely made a massive difference and makes life below decks a lot easier as you can swing yourself around easily from one place to the next while the boat is at an angle.”

This isn’t, however, the first major challenge that Pip has undertaken.

“I did complete the London Marathon. The training was the hardest part. The race itself was really hard but the atmosphere was amazing. I was nearly picked up on the bus that picks up the stragglers but I made it!”

When asked how the Clipper Race compares, Pip says: “Clipper Race training is more intense because it’s for a longer period of time. You have to learn things you didn’t know before, pick up skills you didn’t have before. And then there is the physical aspect, too.” 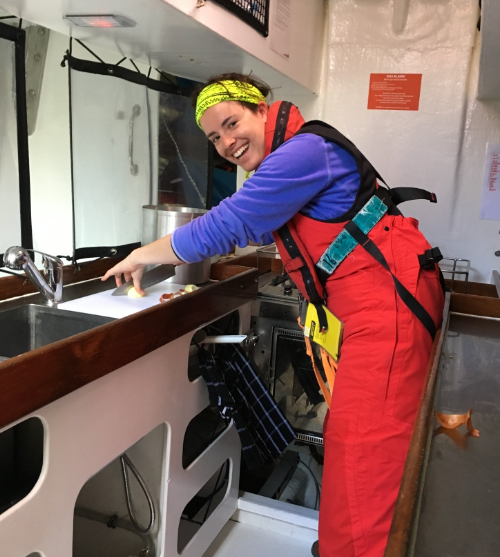 Pip’s Clipper Race blog, Twitter and Instagram posts have built her a strong support network as she prepares to complete the circumnavigation.

“Friends and family are all so excited. They are really supportive and all want to come out to see me in different ports. My Mum wants to be my media manager! She wants to update my Facebook and Instagram so I can continue to share my story as I go around the world.”

On longer term aspirations, Pip says: “I hope I could work in sailing when I return but I am keeping an open mind. I think I’d like to do some coaching, some motivational speaking and I’d quite like to write a book.”

But before then, Pip will be attending Clipper Race Crew Allocation day on 20 May in Portsmouth. “I’m very excited about that and also quite nervous. Nervous because that’s the point I feel it will be like this is it!”

Think you have what it takes? There are still limited opportunities to take part in the Clipper 2017-18 Race. No experience required and all training provided. To apply, click here.