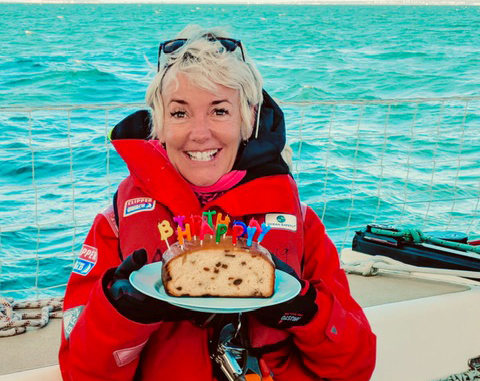 Fascination with the ocean and its vast seascapes are not uncommon amongst our intrepid Clipper Race crew. But for Becky Broudie, a Clipper 2019-20 Race crew member, her connection with the ocean runs far deeper than any fleeting daydream; it has been ingrained since she was a young child with a lively imagination who passed time by listening to the Shipping Forecast from her cosy bedroom.

Becky, who is due to find out for herself just what Mother Nature can serve up when she sets sail on Leg 1, says: “I used to listen to the Shipping Forecast from the warmth of my bed, imagining the boats out at sea, travelling through the darkness to their destination. I would wonder what it must be like to be in the vastness of the ocean.” 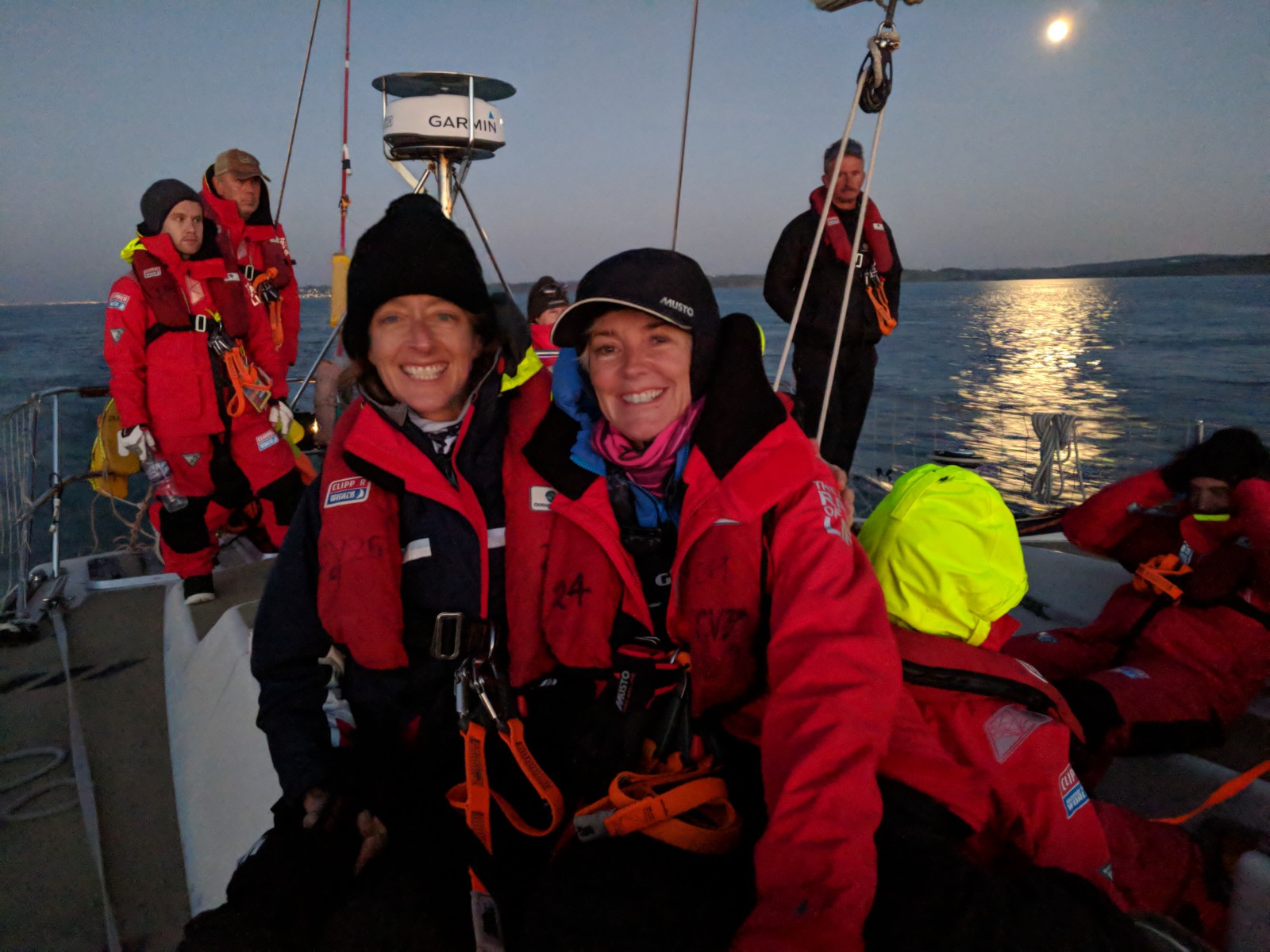 Becky’s love of the ocean was something that continued to stay with her as she was growing up. She explains: “When I was 21, I enrolled on a voyage from Southampton, UK, to St Malo, France, aboard a 134 ft Schooner. It was a six day round trip with strong winds and high seas and I loved every single moment of it! As soon as I touched land, I knew I had to continue sailing.”

After becoming a RYA Dinghy Instructor, Becky taught sailing on inland waters in the North of England for six years. She recalls: “At 27, I had my son and hung up my sailing boots for a while. But I knew I wanted to sail on the open seas some day and hoped that when I had more time, I would realise my dreams.” 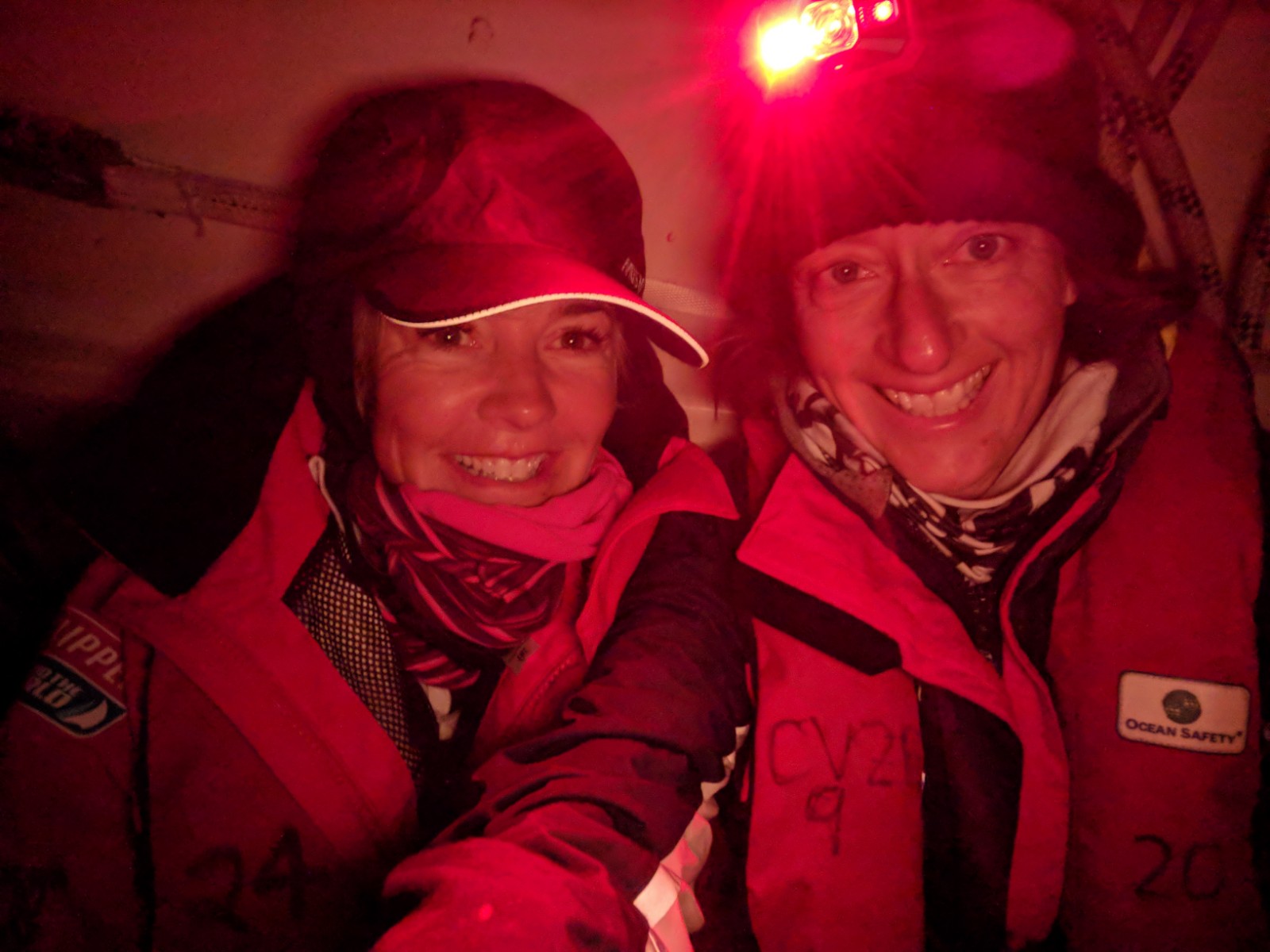 Now with her adventure within fingertip reach, Becky is still coming to terms it: “I have to pinch myself occasionally to believe it is really happening!”

Becky’s Clipper Race journey began in March 2018 after following her friend and Clipper Race Mate (Additionally Qualified Person, AQP) Sophie O’Neill race on board the Qingdao team. She explains: “I had taken part in the RORC 600 with an all-women sailing school. Our Skipper was Sophie O’Neill, and she was an inspiration to me.

“After the race,we became friends and stayed in touch. The next thing I heard, she had been asked to join the Qingdao team as AQP! I started following her adventure with the Clipper Race and thought how amazing it looked. I was curious but thought it would be ‘too hardcore’ for me.

“After tracking Sophie and the Qingdao team, I started to think that maybe I could achieve this. Qingdao arrived in port and a few days later I got a text message from Sophie saying that I would love the Clipper Race and maybe I should consider doing it. It was if she was reading my mind! Well, that was it. That afternoon I contacted its recruitment team and submitted my application.” 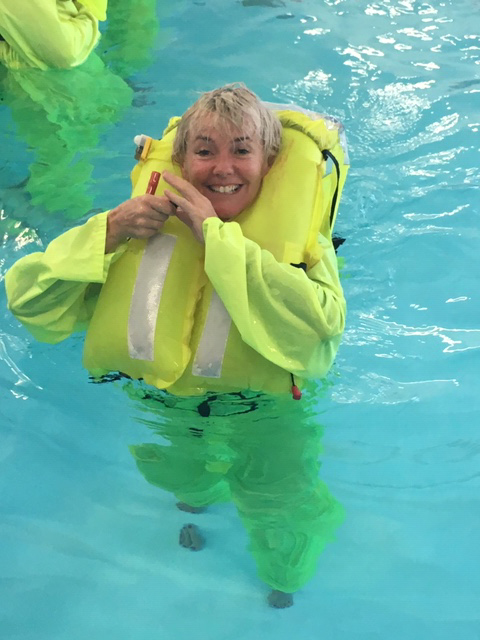 After much consideration, Becky chose to take part in Leg 1 however, after catching the Clipper Race bug, we hear she is hoping to add some more!

Not one to shy away from a challenge, over the last year Becky has been brushing up on her offshore racing and sailing and by the time the Clipper 2019-20 Race starts this summer, she will have crossed the Atlantic Ocean both east to west and west to east.

She adds: “I have learnt a lot, but still have lots more to learn. I have completed training Levels 1 and 2. They were incredibly thorough and challenging. I now have skills that are invaluable and also learnt everything on the Clipper 70s is much heavier than anything I’ve previously sailed with!” 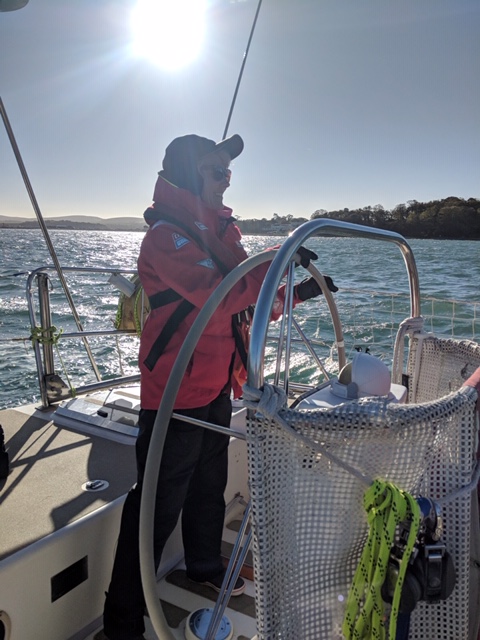 And talking about what her family and friends think of her upcoming challenge, she says: “My family think I’m a little crazy with my adventures as they are true landlubbers. But they are fully supportive and know I am at my happiest on the water. I tried for years to encourage my son (now 28) to sail. I took him on many sailing holidays! But I think he’s secretly quite relieved that now he can stay on terra firma whilst his mum is sailing on the high seas!”

Inspired by Becky’s story? You, too, could be lining up on the Clipper Race start line this summer to race through the world’s oceans in the toughest endurance test on the planet. All training provided, no previous sailing experience necessary. Hit the button below to find out more.

It has been a busy week in paradise as officials from the Clipper Race and Sanya teamed up to select 18 lucky thrill seekers who will represent the tropical holiday destination when the Clipper 2019-20 Race gets underway this summer.Following a gruelling selection process, sixteen…

Unicef UK has been announced as a team entry in the Clipper 2019-20 Race. This will be the third consecutive…