With all eleven Clipper 2019-20 Race Skippers now revealed, we are bringing you a closer introduction into their background and personalities, and what they might be like to live with on board.

Here’s what you need to know about Ben Keitch.

In being appointed as a Clipper Race Skipper, Ben, who has a truly diverse background in and out of sailing, is living out a childhood dream of sailing around the world.

Ben’s impressive 30-year sailing career started out with him racing dinghy and toppers at a national level, before going on to skipper and teach Oxford University’s sailing team. For the past 16 years, Ben has been teaching and leading novice crews which has included crossings of the Pacific and Atlantic Oceans. He has also raced on the winning team of many offshore races including the RORC Fastnet in the UK. 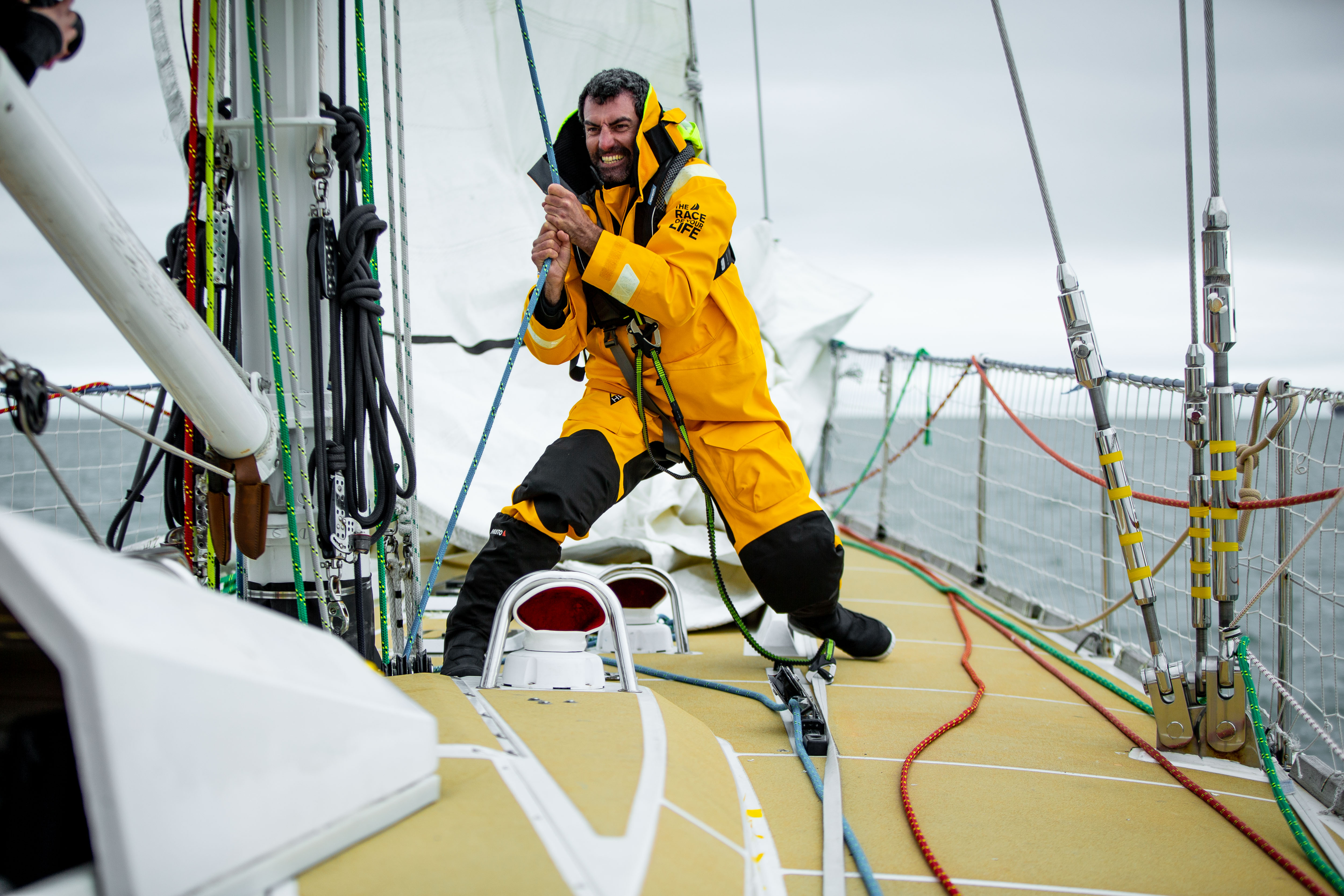 Sailing has been a major part of his life but his passion for adventure, education, and challenging environments has long been part of Ben’s lifestyle. His incredible career surely makes him one of the most diversely experienced of all the Clipper 2019-20 Skippers, with interests outside of sailing including scuba diving, physics (he has a PhD from Oxford University), electronics, environmental impact, and acrobatics.

His interests have led him to some incredible experiences, which have included 18 months with the British Antarctic Survey, running a festival in the Spanish desert, working in a travelling circus as an aerialist, and also consulting on various ocean rowing expeditions.

Ben describes himself as tenacious, ambitious and open-minded. He is most looking forward to sailing in the Indian Ocean and the South China Sea, as both are new challenges, and says his life motto is: “Adapt, improvise, overcome. Never give up.”

His most memorable moment at sea so far was crossing the Pacific Ocean and encountering a cyclone, and making landfall in the Faroes. If he wasn’t a professional sailor, he would likely have pursued a career as a scientist or an explorer.

Giving you an insight into his favourite things, and how to make him feel happiest on-board Ben’s favourite song is Riders on The Storm by the Doors; his drink of choice on land is a Dark and Stormy, and on board it’s freshly brewed coffee (though keep the coffee cups off the chart table please, that’s his biggest pet peeve). If he could choose his best meal at sea it would be fresh fish and fresh bread. There is a theme emerging for Ben’s crew. Keep it fresh!

Finally, Ben’s most important advice for his crew is: “It’s a long race, pace yourself, and keep your patience at all times.”

In this special Mother’s Day edition of our #ReasonToRace 'Meet the Crew' series, we are getting to know a mother and daughter duo, Melanie and Jasmine Morris, who will be taking on Legs 5 and 8 together in the Clipper 2019-20 Race.Name: Melanie MorrisAge:…

With the full line up of Clipper 2019-20 Race Skippers revealed, we caught up with Guy Waites, who will be…