A Clipper Race poster on the London Underground was the inspiration for Carola Göhlich, who hails from Switzerland, to sign up for Leg 1: The Atlantic Trade Winds Leg. When seeing the advertisement to race across oceans and sail around the world, there was an instant affinity for the then PHD student.

Having always loved the ocean, she took her first steps into the world of windward and leeward in her twenties. After a few years of training and lots of different boats and trips later, the dream of sailing round the world evolved. Making this dream a reality became Carola’s goal. Signing up to the first leg of the Clipper 2019-20 Race meant she could tick the Atlantic Ocean crossing off her bucket list, and move one step towards sailing round the world. 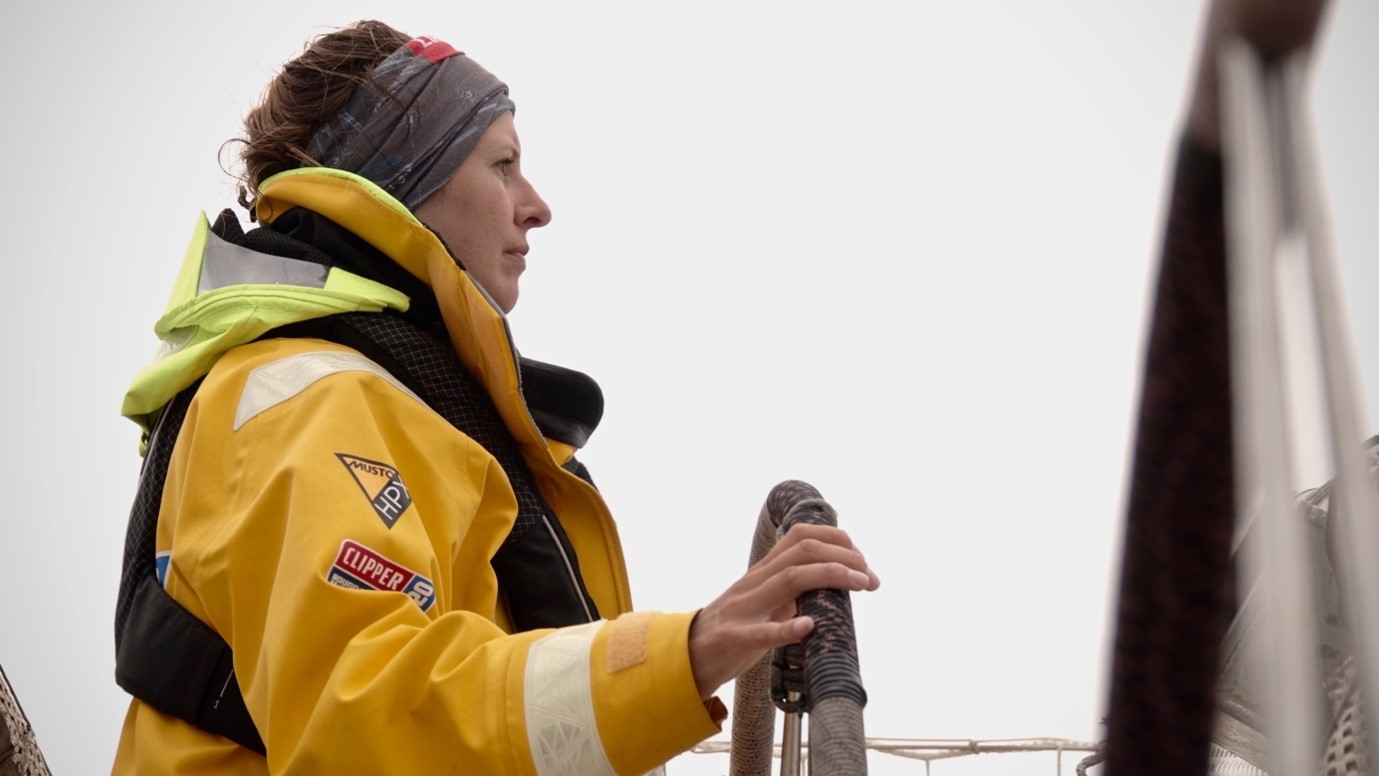 Now working as a Legal Officer in the maritime and shipping industry, Carola reflects on her experience of sailing over 6,300 nautical miles from London to Punta del Este (via Portimão) on board Imagine you Korea.

Had you ever embarked on an adventurous challenge like this before?

I have never done anything like the Clipper Race before. I was a passionate sailor looking for a way to cross an ocean. Crossing the Atlantic Ocean had been a dream of mine for some time. It was a quiet dream, a quiet voice in my head, but one that just wouldn’t shut up.

Why did you choose to sign up to Leg 1:The Atlantic Trade Winds Leg?

There is just something about the thought of starting in Europe, starting at home, and then just sailing until you get to another continent. That is incredible, isn’t it? I had never been to the Southern Hemisphere before I crossed the Equator on a Clipper 70, and I would say that there is just no better way to do it for the first time than on a boat watching the instruments until there is finally only zeros. Unfortunately, although I have been told otherwise, I don’t think that I saw the Southern Cross up in the sky.

I loved doing the first leg because that is where the journey started for all of us. We became a family so quickly.

What did your family and friends say when you told them you were taking part?

To my complete surprise, my mum was relieved when I told her. I waited until I could tell my parents in person, because I thought I would have to do a lot of explaining, but then she was mostly relieved that I didn’t just take off in a small boat all by myself. My dad still thought that I was crazy though. They were both, as well as all my friends, very happy and excited for me.

What was the build up to the start of your race like?

I remember a feeling of “it’s finally happening” when my first training started. I was already signed up for the race for more than six months by that time. I enjoyed all of it. Unfortunately, I could not be there for Crew Allocation, but I took part in the team building weekend and finally came back to Gosport for the last time when we set sail for the delivery trip to London. Leaving Gosport on that date almost felt like leaving home behind. 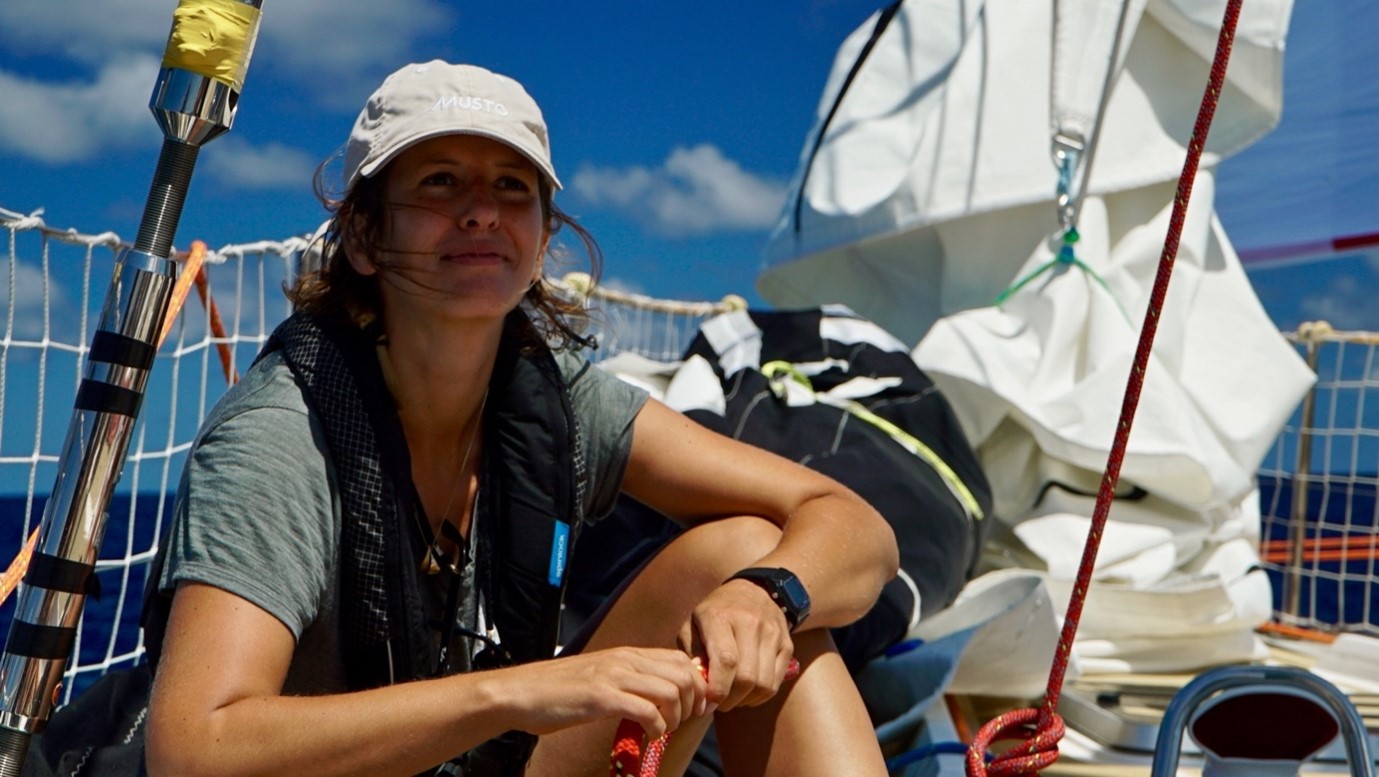 Can you describe the feelings ahead of Race Start?

In the afternoon, the day before we left London, I sat in a small café and wrote down the procedures of sail changes, of reefing, of all manoeuvres basically. I was going to be Watch Leader and was incredibly nervous.

I was also nervous and excited during the Parade of Sail (on the River Thames). Who can say that they had Tower Bridge opening up for them?! I wanted to take it all in, but at the same time I was too excited to actually realise any of it.

The night before Race Start, as we lay at anchor off Southend-on-Sea, I could not sleep at all. I spent my night perapring the sails. But then the race started, we set sail for good, went off to sea and it felt like I was where I belonged. 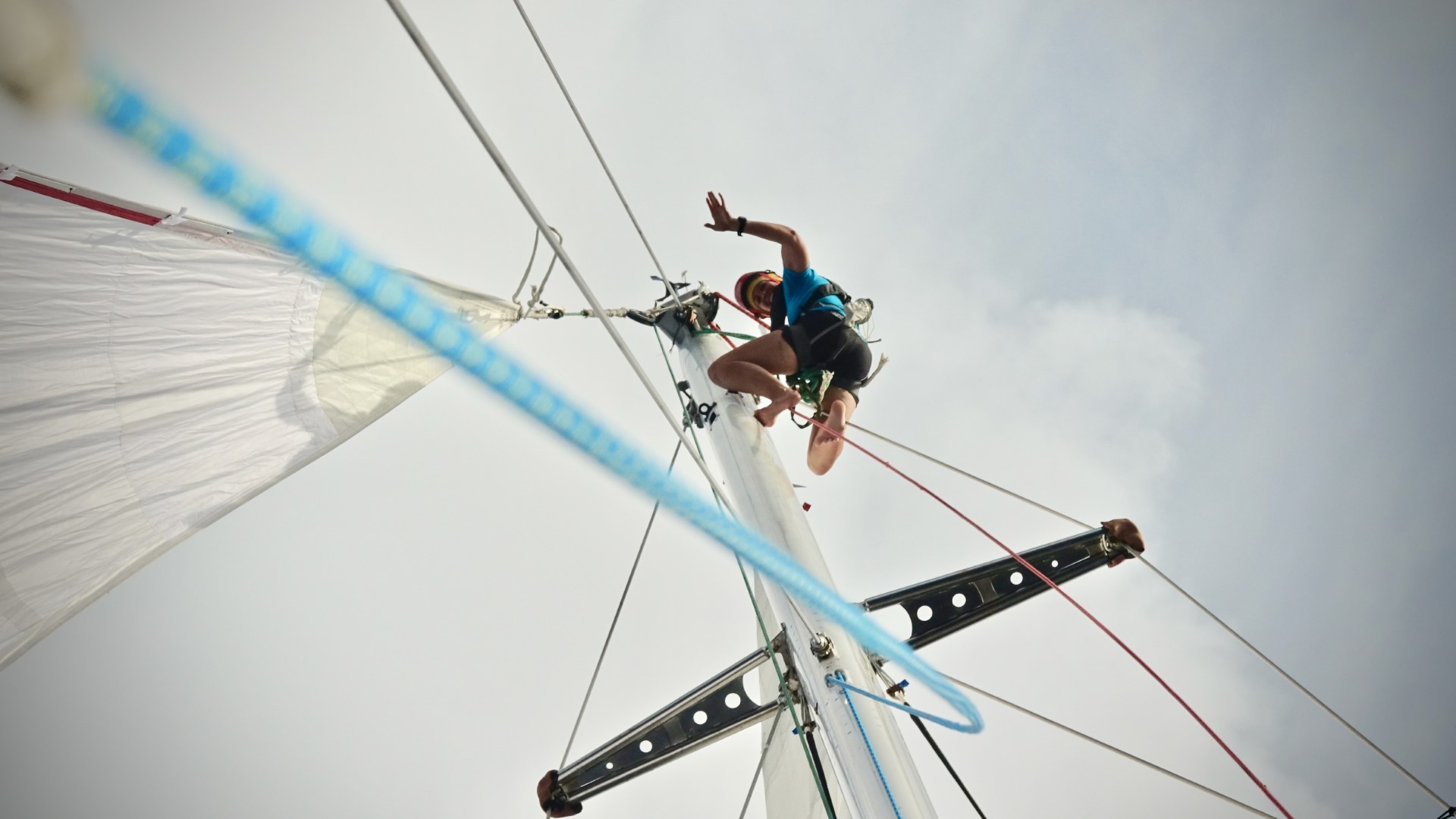 You sailed from London, to Portimao, across the Equator and on to Punta del Este. How did it feel to have accomplished such a feat?

I still cannot quite grasp that I have sailed across an ocean.

When we arrived into the Marina de Portimão, a lifetime before arriving in Punta, our boat looked like we had just sailed her through a hurricane. And that is how I felt. We sailed through storms, a sea that was smooth like a lake and everything in between.

Arriving into Yacht Club Punta del Este was the best and worst moment of the race for me. It was the moment where I had finally done it, I had accomplished my dream, but it was also the moment where it would all come to an end. It was one of these points in life where you know that this is going to change you forever. It was too much to bear really. So, I did the only sane thing to do in such a moment, I danced it off. At 0800 in the morning in Yacht Club Punta del Este, with my sailing clothes on, still smelling like having just crossed an ocean.

What was one of the toughest parts of the race?

Saying goodbye, without a doubt that was the hardest part of the race. When my team, and the fleet, left Punta del Este, I was left standing on the pontoon waving. Them leaving felt like them having forgotten me on a deserted island, it felt like being left behind. But you cannot not do something because you are afraid of it coming to an end at some point, right?! So for me all the moments on board made that goodbye worth it.

Clipper Race Crew are made up of 40 different nationalities, all ages and from all walks of life. How do you cope with living on board with such a diverse bunch of people?

One of my closest friends now is someone I met through the Clipper Race, someone who is more than 20 years older than me. The ocean does not discriminate between age or sex or the kind of ice cream flavor someone likes. As a Clipper Race Crew everyone is different and that makes everyone the same. We are all just a bunch of people crazy enough to sail across an ocean together. 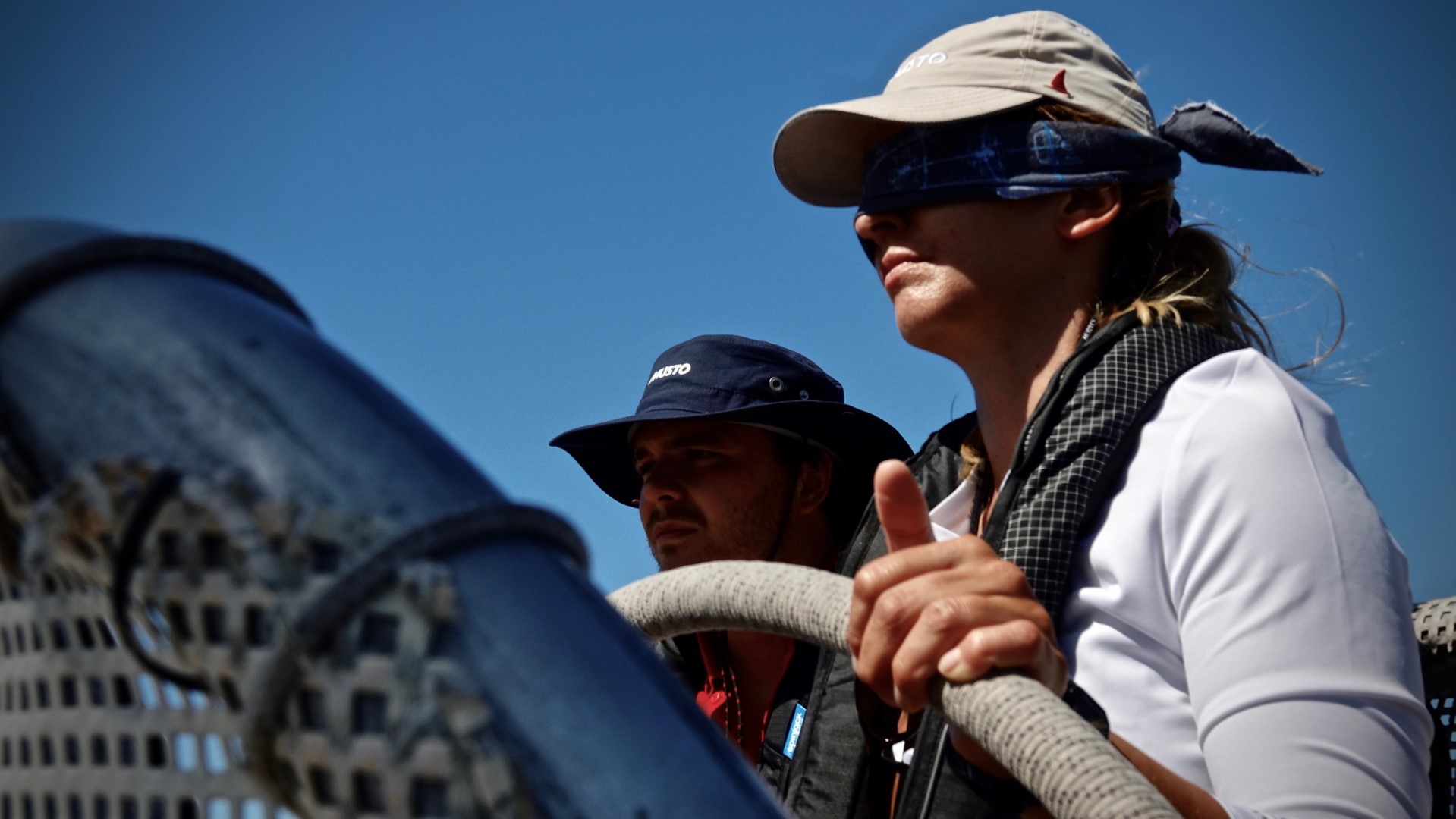 Looking back on the Clipper Race is there anything you have learnt or taken away with you from the experience?

I have learnt a lot of things. Things about sailing and boats, things about other people and also things about me. What I took away with me and what I will always cherish is the way I felt. Being in synchronization with the world, with nature.

Being far away from home but as much at home as I could ever wish to feel.

Do you have any advice for people thinking of taking part in the Clipper Race but who are nervous to sign up?

What I would say to the future crew is: Just do it! Do it and make sure that you enjoy every last minute of it. 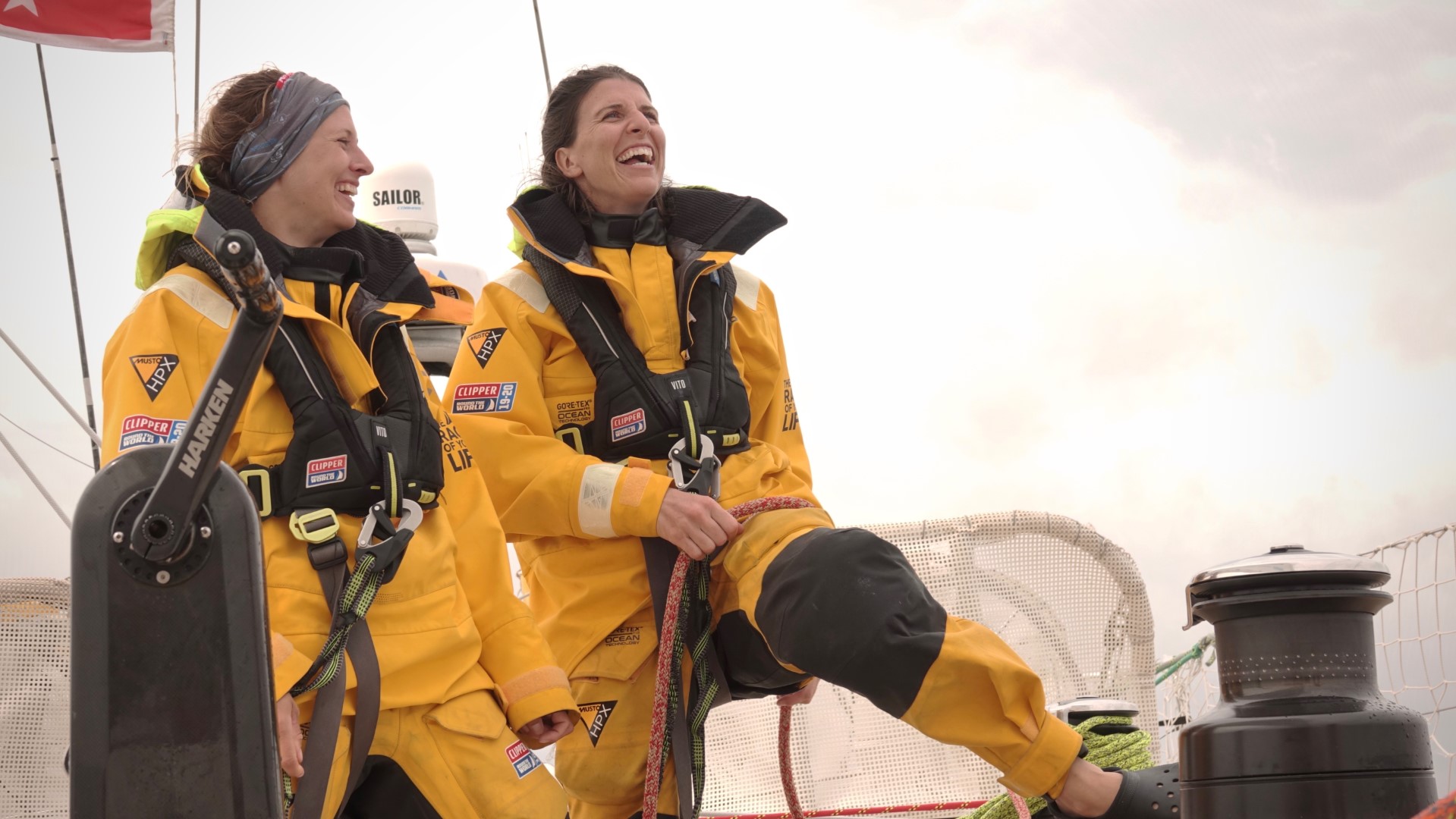 Inspired by Carola's story? Applications are open for the Clipper 2023-24 Race, find out more here.