The Clipper Race fleet has made a tremendous start to Race 4: The ClipperTelemed+ Tasman Test and is expected to arrive in to Sydney in around a week’s time. This means it is time once again for nominations to open for the next Stormhoek Social Spirit Award!

The Stormhoek Social Spirit Award celebrates the team spirit of the crew and gives Clipper Race followers the chance to nominate the team they believe has shown real strength throughout each of the 13 individual races. The award is open to teams regardless of finishing position and the prize is a Stormhoek Social Spirit pennant to decorate the yacht and widespread recognition of across the fleet.

In Punta del Este, the award was given to Greenings for Race 1, and in Cape Town, PSP Logistics took the pennant for Race 2.

The Fremantle Prizegiving Ceremony was particularly poignant after the award was given to the entire Clipper Race Family following the way crew, the Race Office, and supporters pulled together to support each other during the tragic and eventful times during Race 3 – which was the toughest in the event’s 21-year history. 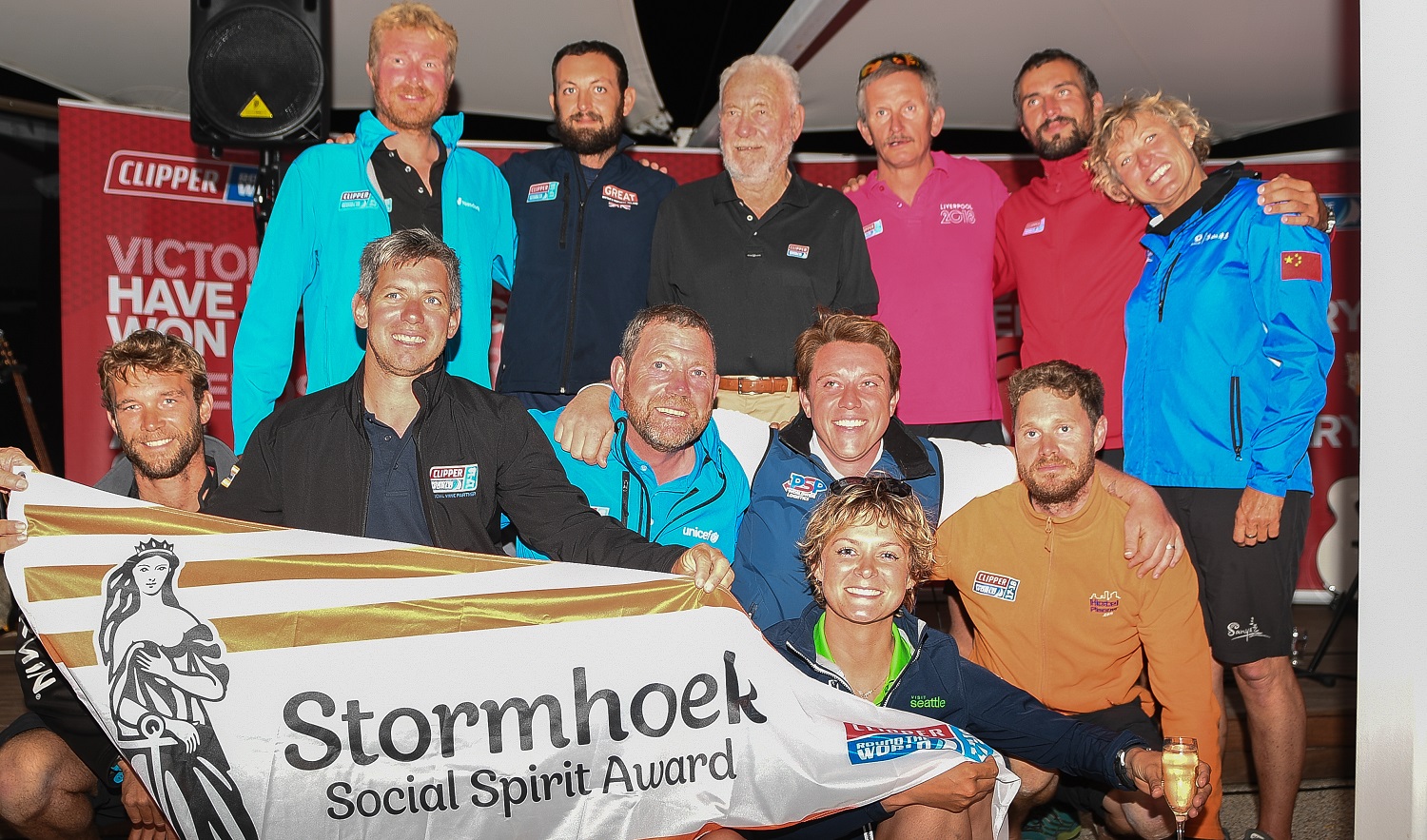 Following a short stopover in Fremantle, all teams have made a remarkable turnaround and have been sharing their experiences of the latest race with people back home. To read the Crew Diaries from Race 4: The ClipperTelemed+ Tasman Test, click here.

In order to nominate the team you would like to win the Stormhoek Social Spirit Award for Race 4, log on to the Stormhoek Wines Facebook page, submit your nomination and reason why. Nominations will close at 11.59pm on the first day of the Sydney arrival window (14 December 2017).