“There was a joke on the boat about me wearing my pearls, but you have to keep up standards!” said British Champion and Olympian-turned-Ocean-Racer Mary King.

Mary, 58, who has represented Great Britain at six Olympic Games swapped horses for yachts when she signed up to became a Clipper Race Crew member. 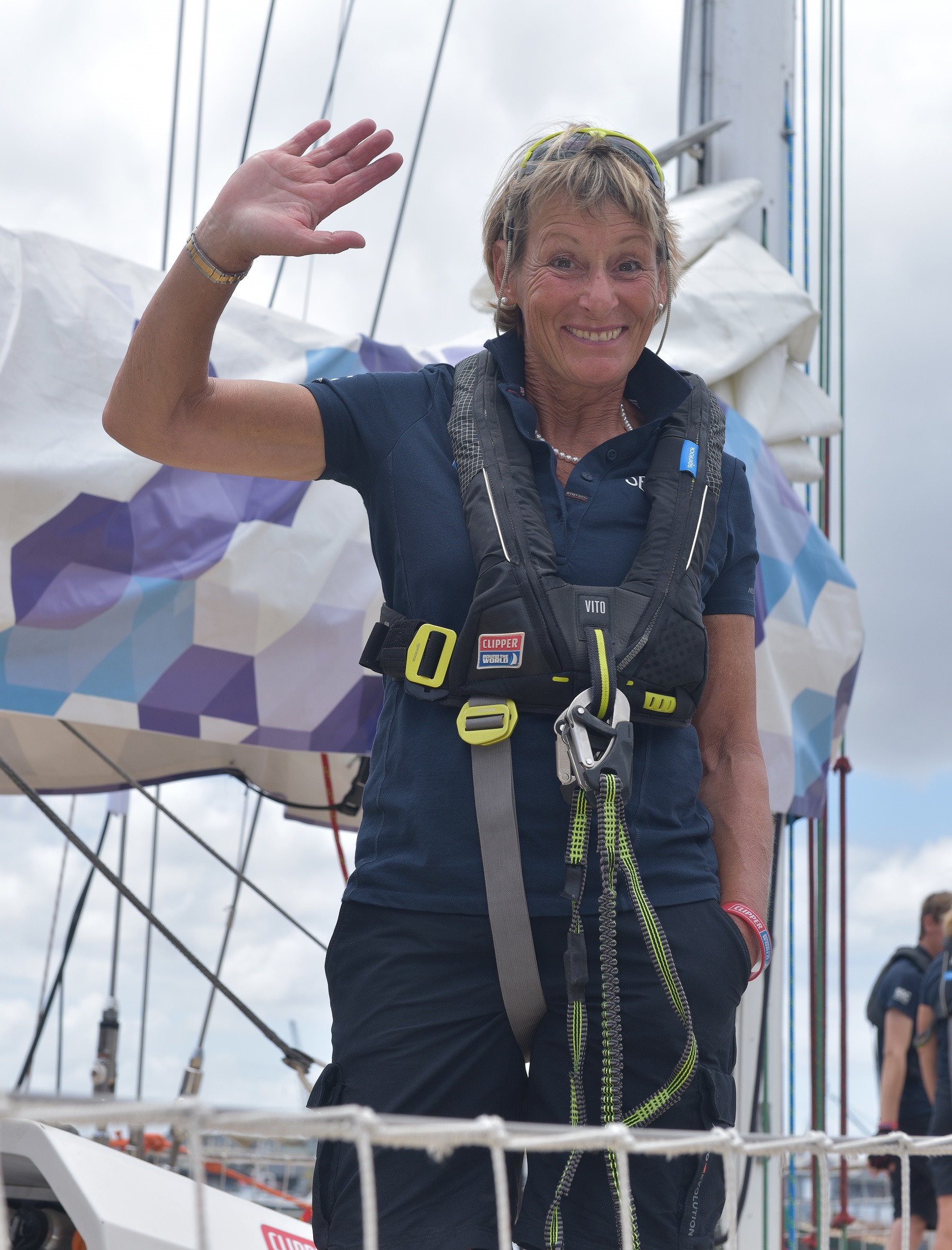 After racing around the clock for over three weeks, covering 4,750 miles from Cape Town, South Africa, to Fremantle in Western Australia, she faced 60mph wind speeds, freezing cold temperatures and waves as tall as apartment blocks. Mary says: “The roar of the wind and enormous waves make you feel so small and insignificant - it was incredible.” 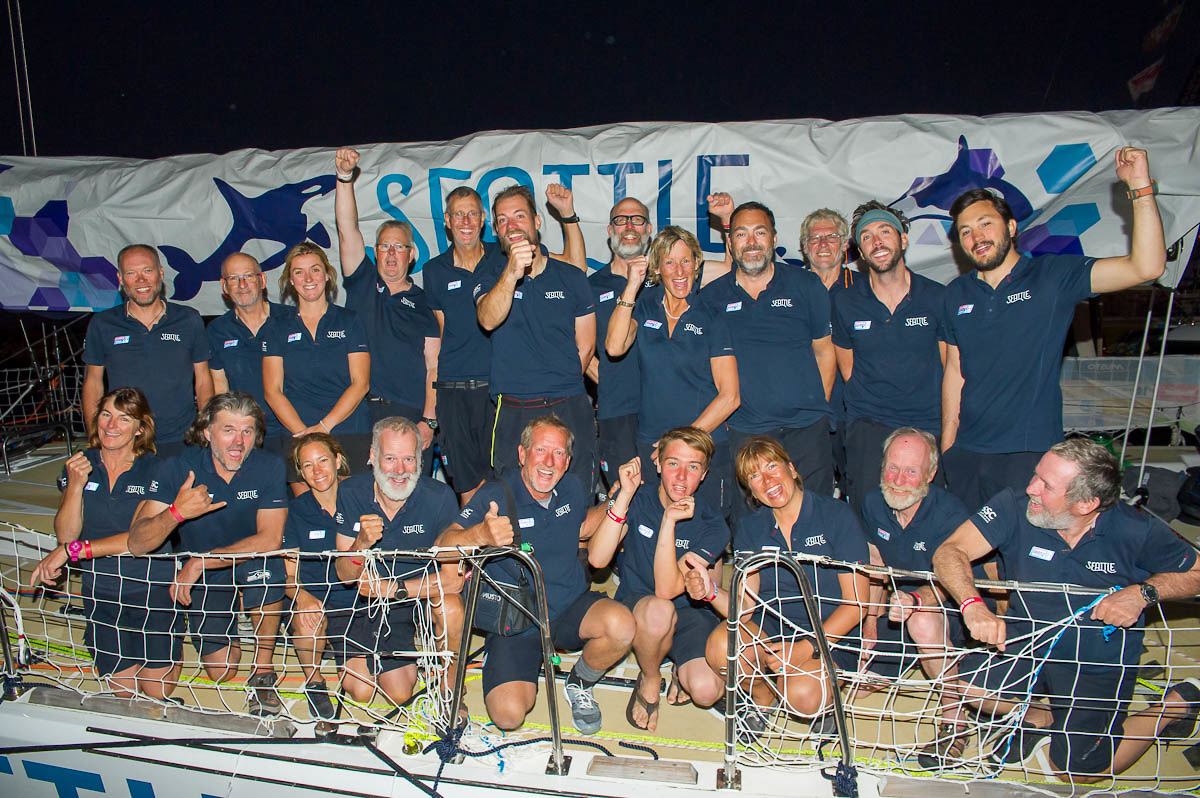 Image: Mary, centre of the standing row, celebrates with her Seattle teammates.

Mary was one of 20 crew members racing on board the Seattle team yacht - one of eleven identical 70ft yachts that are raced around the planet by people from many different walks of life. Speaking about the Southern Ocean, notorious for its storms and plummeting temperatures, Mary adds: “The toughest part was when we were in the depths of the Southern Ocean. It was so cold. So cold there was snow in the air and it’s impossible to get warm. The record was nine layers someone had on and it is quite difficult to get your wet weather gear on at an angle with the boat moving!”

Whilst Mary, who won team silver in Eventing at the 2004 and 2012 Olympic Games and bronze in 2008, is every part the equine professional, like every other Clipper Race Crew member, this was a totally new challenge. Mary said: “I have always had a real love for the sea and my father is a retired Royal Navy Officer. Horses were the number one aim and dream in my life, but I always thought if horses didn’t work out I would definitely go and work with boats somehow.”

As ‘horses did work out’, as Mary modestly describes it, the ocean had to take a backseat for a number of years. However, after a friend told her about the Clipper Race, turnkey solution for ocean racing, that doesn’t require its crew to have any previous sailing experience, or the need to have access to your own yacht, Mary realised she could do both. 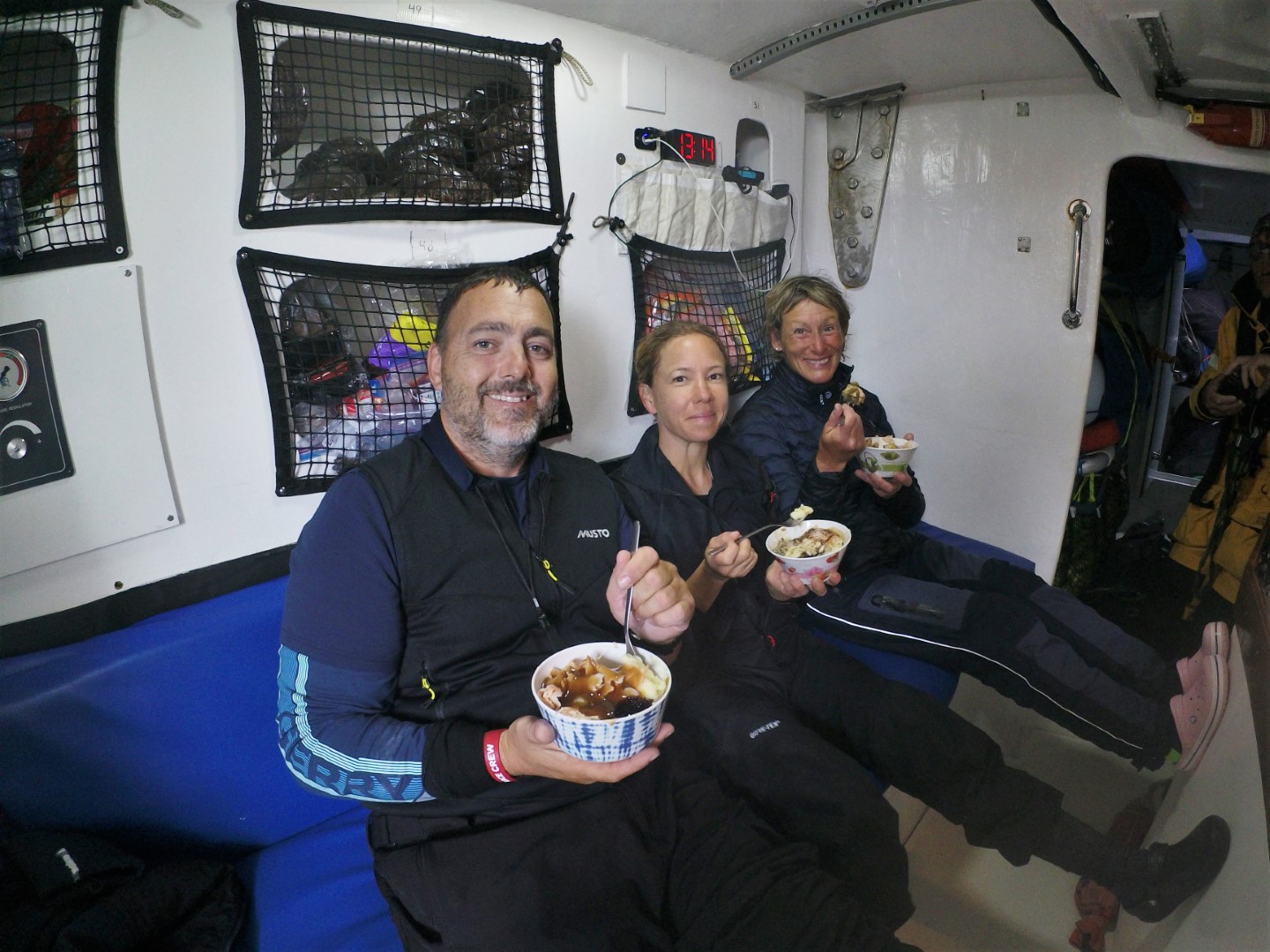 Image: Working on boats was going to be Mary's contingency plan if horses didn't work out.

“Being a competitive person, I would love to sail around the world but it's not possible when you are still competing. But somebody then sent me a link to the Clipper Race website, and the Southern Ocean is out of eventing season! So it is a good time to get the Southern Ocean ticked off my list.” she explained.

Whilst the Southern Ocean is worlds away from the eventing circuit, there were vast amounts of unlikely crossover. Mary explained: “ There is quite a lot of similarities with events I’ve experienced - a tough time you have to get through, get your head down and think of what you want to take away from the whole situation. Helmling (driving the boat) as a crew member was in a way similar to being a rider; you are guiding your boat, or horse, through rough weather, trying to make it as smooth a passage as possible so that you don’t go wrong. All that is similar and I am competitive!

“I’ll definitely take on another ocean in the future, I’d like to go around the world!”

The Clipper Race is the only event of its type that gives everyday people, regardless of previous sailing experience, the chance to race the world’s oceans. Each of the eleven teams are headed up by a professional Skipper and First Mate, the crews are formed of ordinary people from 43 different countries and every walk of life.

In total, almost 700 crew will take part in the 41,165 nautical mile circumnavigation which takes eleven months to complete. Crew can choose to race around the world or take part in one of more of the eight individual stages with the global route.

Want to follow in Mary's footsteps? You, too, could push yourself out of your comfort zone and race the Southern Ocean in the next edition of the Clipper Race. Hit the button below to find out more about joining us in the #RaceOfYourLife.

Dare To Lead has crossed the finish line into Fremantle this morning at 10:07 UTC and the team to claim…

Highly experienced sailor Rich Gould will take over as Clipper Race Skipper of WTC Logistics, to lead the team from Leg 4 and the remainder of Clipper 2019-20 Race circumnavigation. This follows the departure of Skipper Mark Burkes, who has resigned from his position for…

Another day brings another new arrival into Fremantle, Australia. This morning it was Zhuhai’s turn to feel the exhilarating rush…