Portimão was a stopover of firsts for the crew during the 2019-20 edition; first finish line, first Host Port, first arrival, first prize giving and first time the Clipper Race has based itself in Portugal’s stunning Algarve.

The fleet and more than 200 crew from 35 different countries called the beautiful Marina de Portimão home from 8 September 2019 until the race to Punta del Este in Uruguay began a week later.

Race 1 from London to Portimão gave the teams a real test of what was to come from the circumnavigation. The six day, 1,175nm initiation saw a downwind start, an upwind battle through the English channel, before a lumpy crossing of the bay of biscay and finally a nail biting finish into Portimão as the wind died and the leaders were left wallowing in a wind hole.

Punta del Este took first place, with Spanish skipper Jeronimo Santos Gonzalez using his local knowledge of the Portuguese coast to navigate his team from sixth place the previous day to finish first. Dare To Lead also fared well in the light conditions to snare second place after finishing one hour and three seconds behind Punta del Este, while Qingdao, which had led for the majority of the race, was third. Marina de Portimão provided welcome respite after the initial tough test of the 40,000nm circumnavigation.

Donna Von Tunk, circumnavigator on board Qingdao said: “After coming in third place we had sails to repair and lots of preparation for our first ocean crossing. We enjoyed oysters and wine on the Algarve and plenty of warm hospitality from Portugal and the Marina De Portimão.” 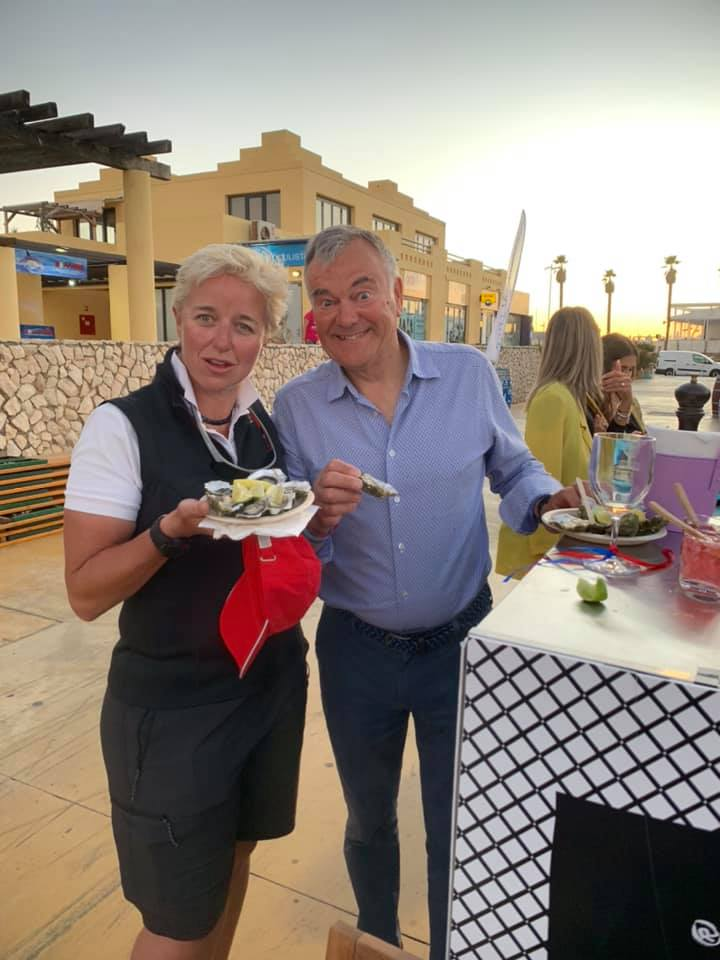 IMAGE: Donna Von Tunk shares a photo of herself and fellow circumnavigator John Dawson enjoying some of the local produce

The welcome was second to none, the Blue Flag awarded marina literally rolled out the red carpet for the crew setting a benchmark for the rest of the global route. With the aim of promoting itself as key tourism destination, Portimão put on a whole host of activities throughout the duration of the stopover, including: local food tasting experiences and wine fairs engaging numerous local businesses; crew happy hours; exclusive boat trips to Sea Caves; daily excursions to the Portimão Museum; and a special VIP trip for Race Skippers and AQPs to the Portugal Golf Open.

Behind the scenes a cohesive and experienced organising team from the Marina de Portimao ensured that the stopover essentials were in place but also that their event was unique and enjoyable for all the Race Crew and their supporters throughout their stay. A year on Rodrigo Moreira Rato, Media Manager for the Marina de Portimão, reflects on the stopover: “Looking back, we still think that the way we take care of people from the day they arrived until their departure was what made our event such a success; this is the mark of Portugal, the way we welcome those who visit us. The messages and words that everyone left us when the fleet left is proof that we did our job very well. 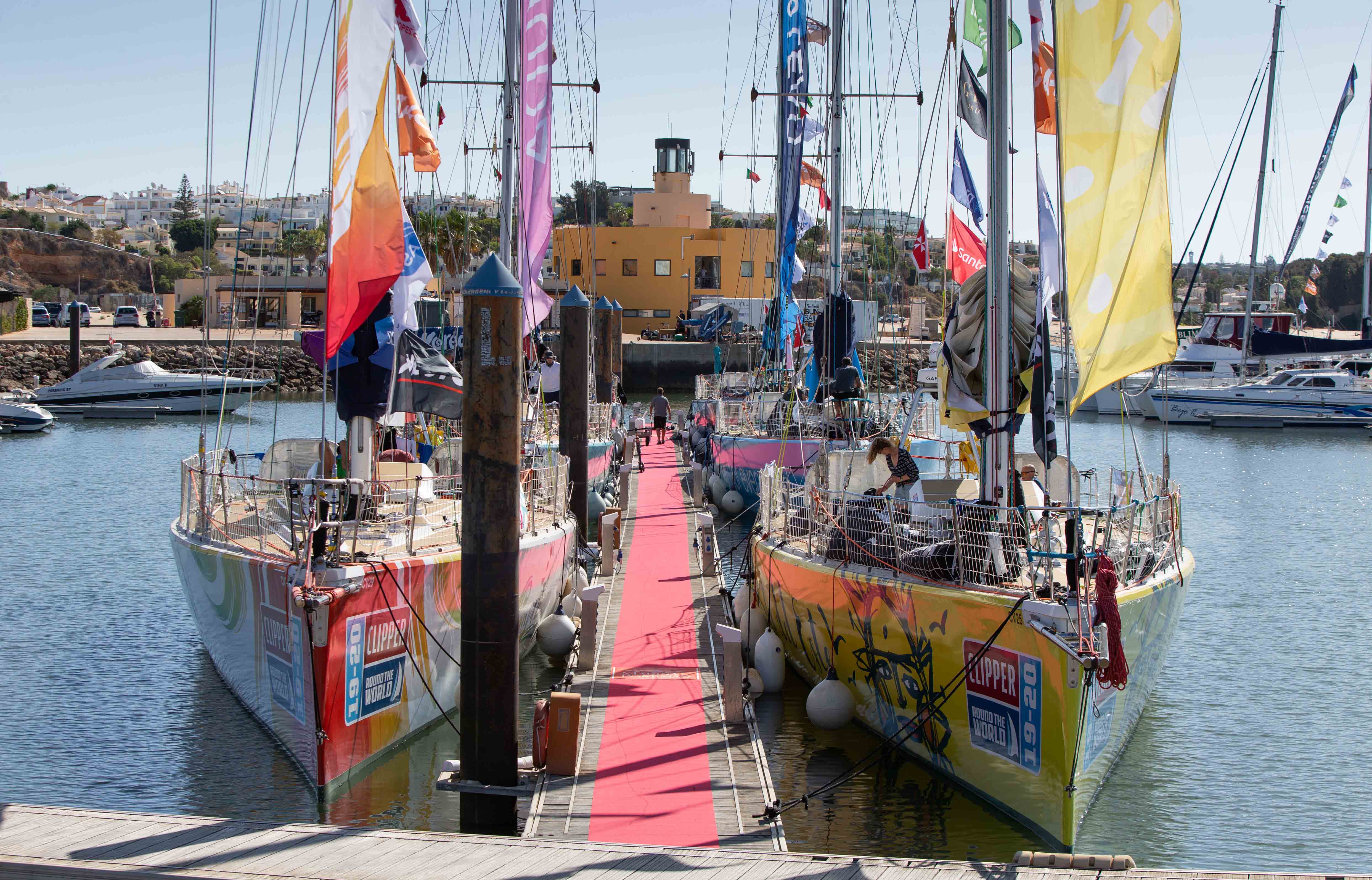 “From the drinks on arrival, the fantastic award ceremony, to our dedicated lounge that brought the entire Clipper Race family together daily at the end of the day, which also showcased local produce, there are too many highlights to choose from.”

The first stopover also saw a number of Clipper Race Partner activities. Hyde Sails, Official Sail Supplier, celebrated and cemented the new relationship with its first Portuguese distributor. Utilising the global platform that the Clipper Race offers to Race Partners, Hyde invited the owners of its new distributor in Portugal, Dune Sailmakers, to experience an afternoon of sailing along the Algarve coastline on one of the Clipper Race 70ft ocean racing yachts.

At the conclusion of the stopover crew were asked about their stay with more than 90 percent of those surveyed reporting to have never visited the region before, with half of those admitting that they might have never have come if not for the Clipper Race. And after eight days in the Algarve sunshine, 73 percent said they would return and a huge 82 percent would recommend others pay a visit.

The finale was a spectacular parade of sail and inshore race around the cans for the start of Race 2, to Punta del Este. With the teams enjoying the excellent and sporty sailing conditions just offshore from the Marina de Portimão and sands of Praia da Rocha before waving goodbye and setting off on their first ocean crossing.