Yacht Club Punta del Este hosted a stopover to remember. From the moment the Clipper Race Crew landed ashore, crowds of local supporters turned out to welcome them and celebrate the first ocean crossing of the 2019-20 edition. The spectacular arrivals set the tone for the rest of the stopover which saw a packed schedule of community engagement events, cultural activities and business activations take place.

A year on, Yacht Club Punta del Este Commodore, Juan Etcheverrito reflected: “Hosting the Clipper Round the World Yacht Race has been a milestone in our Club´s nautical history. It provided an outstanding promotion of our city - and our country - worldwide. It was such an incredible experience to welcome the fleet and be able to show the crews Punta del Este and its surroundings, our culture and everything we have to offer. It gave us great joy to hear so many people mentioning the great time they had here and how much they loved Uruguay. It was a pleasure and an honour to welcome them! 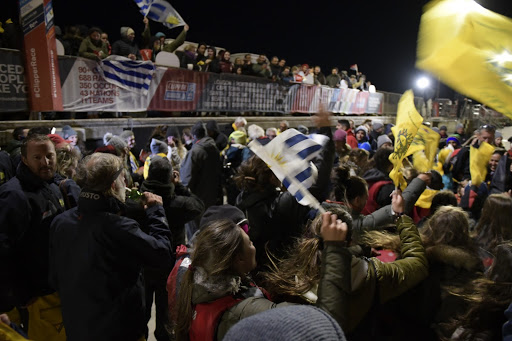 “For this edition our Club participated as a Team Partner, with our wonderful yacht Punta del Este representing us around the world. On top of this, we had four Uruguayan crew from the Club take part: members Alejandra Alvira and Sofía Strasser, and Sailing Instructors Fernando Antía and Darío Rodríguez.

“We are really proud of the Punta del Este team and Skipper Jerónimo. Not only for their excellent performance but also for their passion, commitment and spirit of achievement.”

Yacht Club Punta del Este along with its Team Supporters Urufarma, Garzon, Santander and Seguros SURA, set out to make the crew feel at home, and provide them with a taste of Uruguay throughout the stopover. This included organised cultural entertainment, from a wonderful prizegiving to the Garzon wine tasting and winery tour, tango shows and bus tours for those keen to explore the region to the famed Welcome Asado.

A highlight of the stopover was without doubt the ‘Welcome Asado’ that was organised by the Mayor of Maldonado. Held in the stunning surroundings of the Fundación Pablo Atchugarry Sculpture Park, everyone enjoyed a spectacular barbecue lunch, with live music played by a regional band to accompany the food and sunshine. It’s safe to say a great time was had by all.

Each crew member was also made an honorary member of the Yacht Club, with the Sailors’ Bar a focal point for crew to enjoy some well earned food and drink, along with time with their supporters. The Yacht Club also gifted attachés for each of the Clipper Race teams, all of whom were members of the Yacht Club themselves and who volunteered to support their nominated team with any help needed during their stay.

Chris Brooks, Skipper of Qingdao which took first place in Race 2: The Commodore's Cup, said: “We couldn't have been more welcomed then we were at Yacht Club Punta del Este. They provided us with great facilities in order to relax, recoup and where necessary little work spaces that allowed us to start planning our next events and just really get ourselves together again. Lots of people after a trip that long haven’t spoken to their families and so having a network of people around us to support us, that the yacht club provided, was really fantastic.” 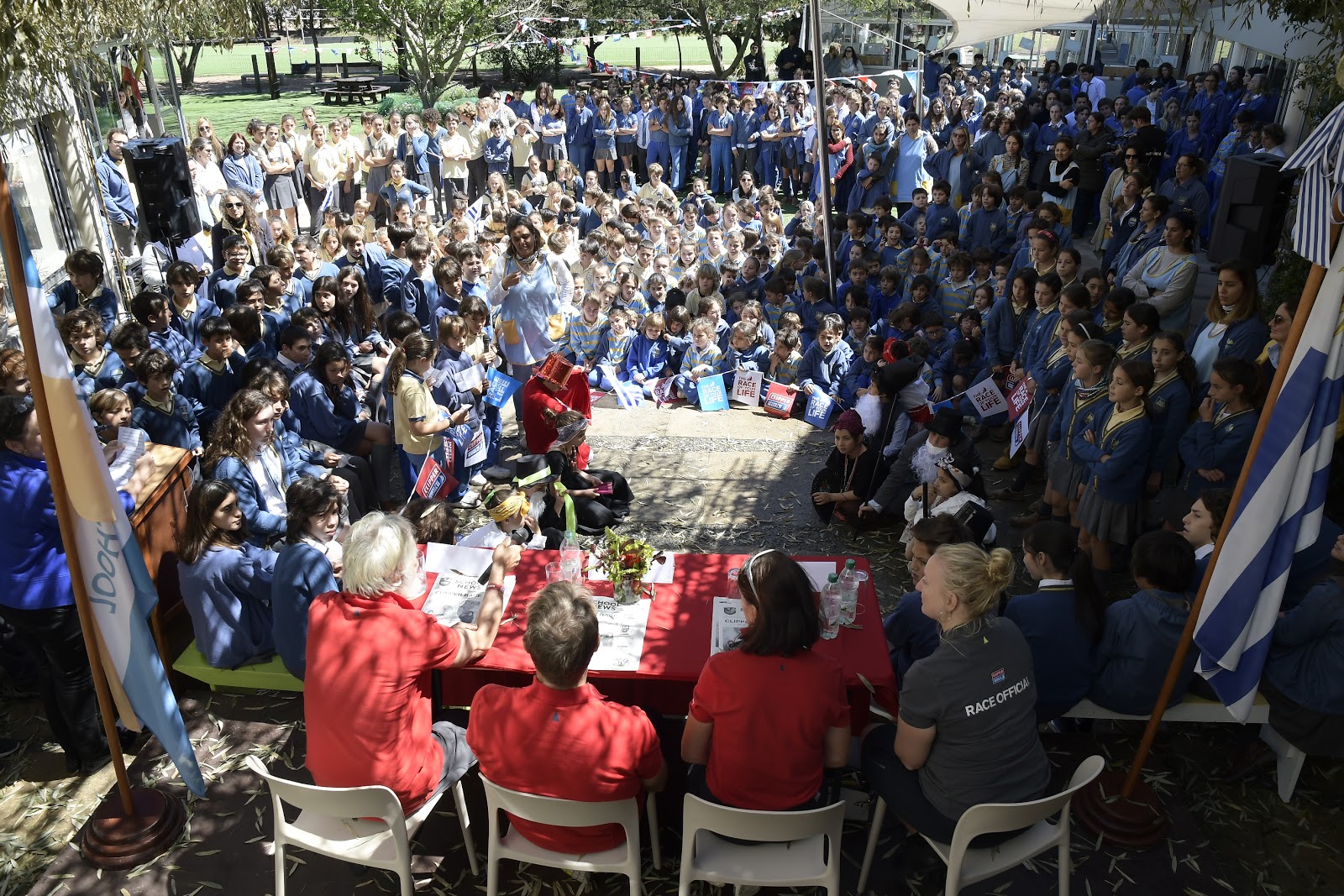 A key aim of the partnership was for the Clipper Race stopover to involve the community in sailing and activities to promote environmental awareness and sustainability. School trips were organised for international crew to share their experiences with students and the boat tours were a resounding success with Maria, a teacher from Escuelera Rural, saying: “The kids have been so excited to come and visit the boats, to learn about sailing and how they go around the world. It means so much that the Clipper Race has come to Punta del Este.”

Getting behind the ethos of the Clipper Race and supporting the Charity Partner Unicef, children from the sailing club and local schools put on an eco-kermesse (charity fair) to raise money and awareness for the charity. As well as selling sweet treats and hosting a raffle, the theme of the event was sustainability, one section of the fayre, locals demonstrated ways to recycle plastic and sails, turning them into bags. With sustainability firmly on the agenda, both Race Crew and children from Yacht Club Punta del Este organised a beach clean. 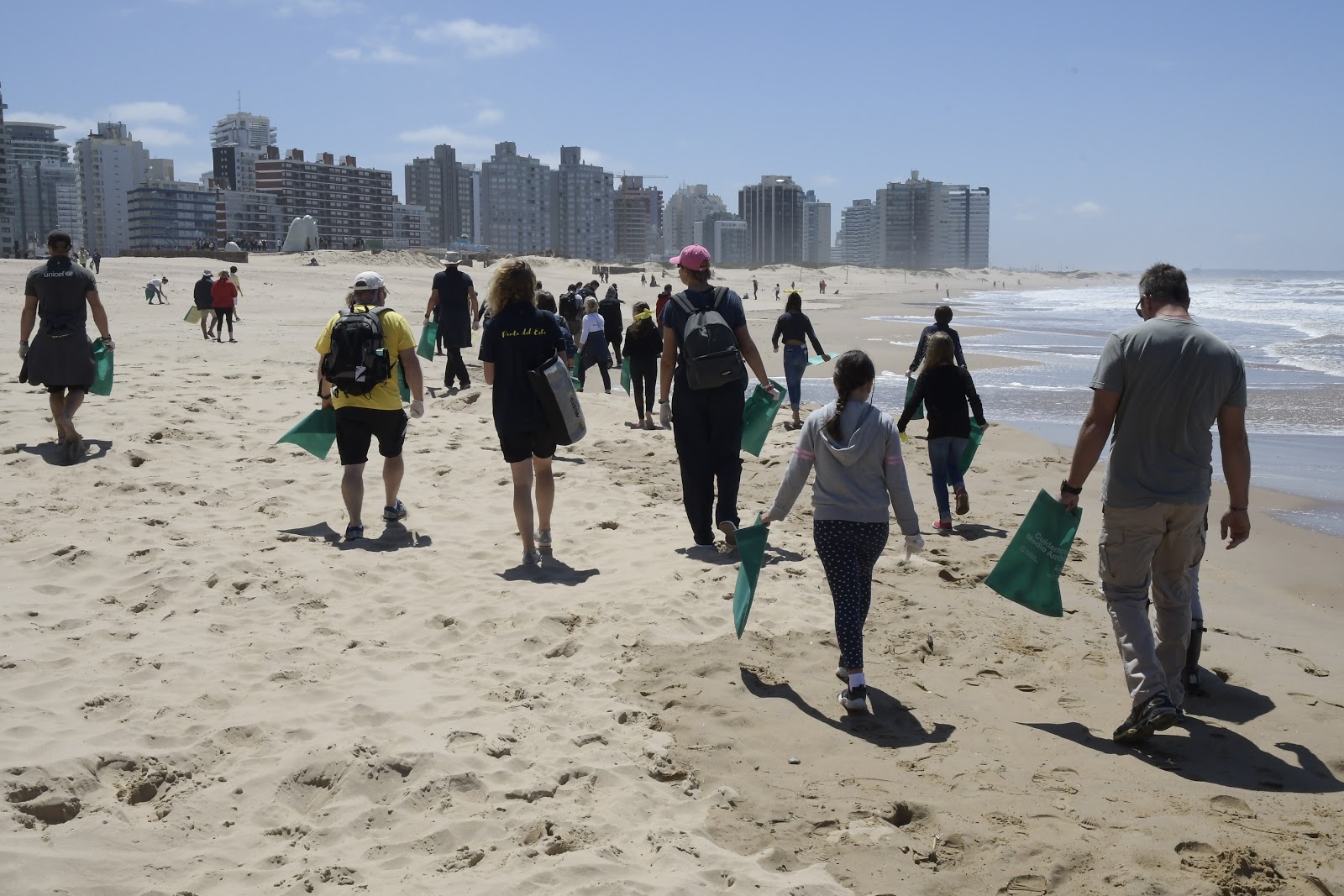 Utilising the Clipper Race’s global platform, the Yacht Club Punta del Este hosted the second event in the Clipper Connect 2019-20 Business Series. It centred on a theme of ‘Trade with Latin America’, allowing businesses and government officials to discuss the opportunities and benefits associated with trade and business in Latin America, and Uruguay in particular.

The event was a huge success, engaging Race Partners, Race Crew and members of the Yacht Club Punta del Este with a networking session and thought-provoking panel discussion where panellists provided an insight into the business opportunities provided by trade with Latin America. The panel was represented by participants from Bodega Garzón, Urufarma, the Foreign Office, the Department of Foreign Affairs and the Clipper Race itself.

Whilst the fleet was in Uruguay Race Partners utilised the South American destination to connect with international contacts and create content to share with their audiences. 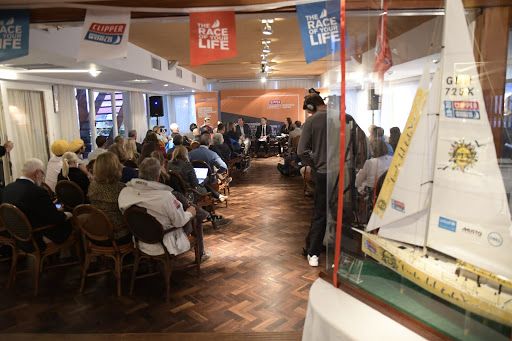 TIMEZERO by MaxSea used the stopover to give a couple of their local Uruguayan clients the opportunity to visit the marina and witness all the activities taking place. They stepped on board one of the yachts for an insightful discussion with the Skipper and AQP about their use of the navigational software. Although the guests were well aware of the TZ Professional product, this gave a truly unique insight into how the software is used by the entire Race Crew and how they manage the tool onboard whilst embarking on the unique journey of the Clipper Round the World Yacht Race.

Continuing the international relations H.E. Ambassador Wang was invited to visit the fleet and the three Chinese team entries whilst in Punta del Este. Wang Gang, H.E Ambassador of the People's Republic of China to Uruguay and a Government delegation from the Guangdong Province in South East China, came aboard for a tour. The Ambassador and delegation were greeted by Clipper Race CEO William Ward OBE and Commodore Juan Etcheverrito at the Yacht Club and then walked to see the fleet of 11 ocean racing yachts which includes the Qingdao, Visit Sanya, China and Zhuhai teams. 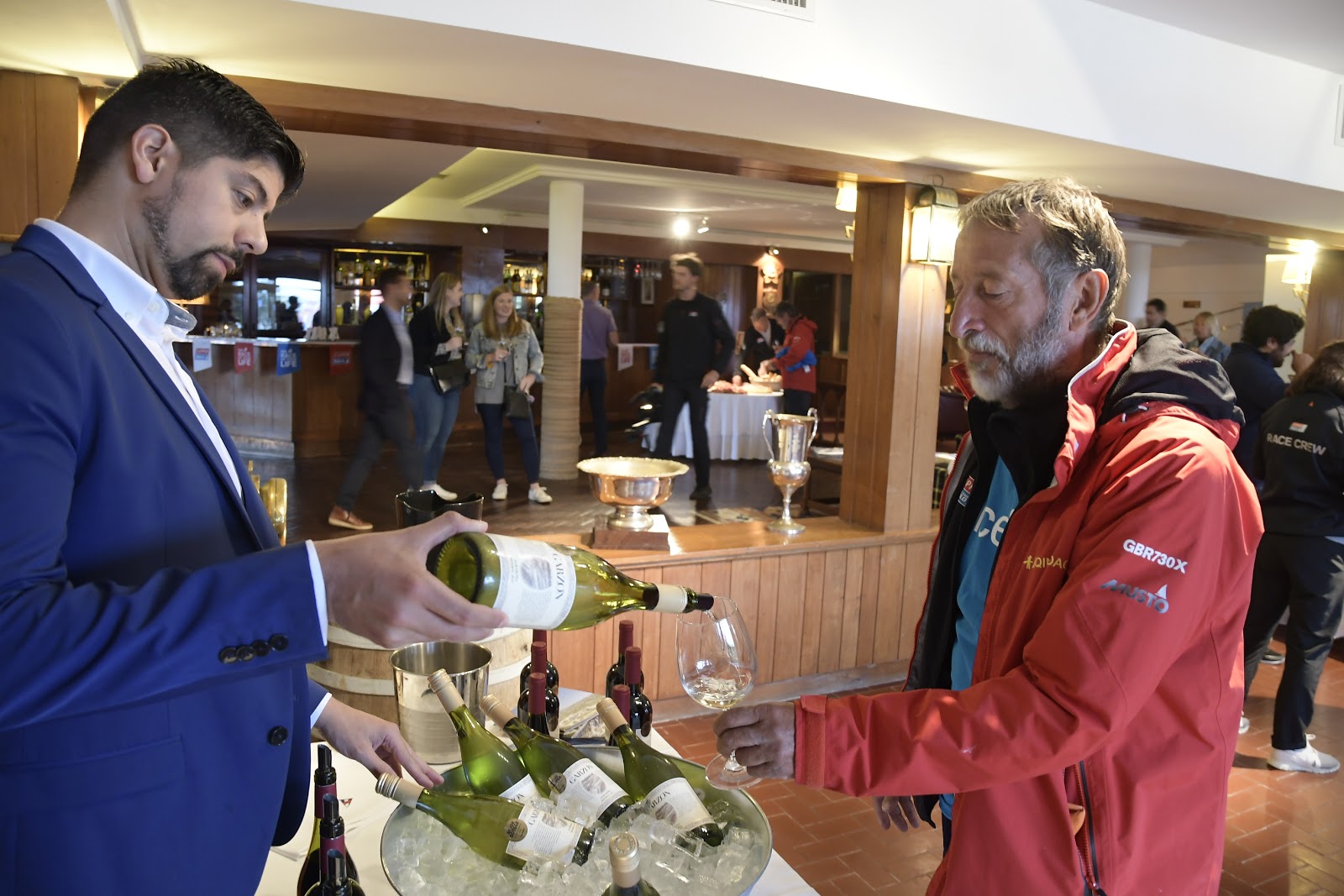 On joining the race in Punta del Este Zhuhai crew member Stephen Novis said: “I have just joined the race in Punta del Este arriving on the 17th October to be amazed by the impact of the arrival of the eleven Clippers Race yachts in the town. Everywhere around the marina where the boats were moored, proudly displaying their flags and livery, the presence of the yachts, the crew, the shore crew and the huge logistical support network was evident.

"I really did feel I was part of something big and very special.”

Punta del Este Skipper, Jeronimo Santos Gonzalez summed up the feeling of the stopover when he arrived into the city saying ‘it feels like home’. A year later he reflected back on the experience saying: “As a Spaniard I have been so proud to represent Uruguay in an international event of such calibre like the Clipper Race. Punta del Este has made me feel at home from day one.

“When we arrived I knew straight away we were going to have a truly Uruguayan experience. We started with a reception at the Yacht Club where our loyal sponsor Bodegas Garzón provided the much needed celebratory wines after almost a month of intense ocean racing.

"As the leader of the Punta del Este team, knowing the great effort the Yacht Club Punta del Este and the rest of our sponsors ( Bodegas Garzón, Seguros Sura, Santander Uruguay and Urufarma) have done to organise the stopover and have a team yacht in the race, I was ready to give them my all.”

View gallery of images from throughout the stopover here.