HotelPlanner.com has edged out PSP Logistics in a photo finish for fourth place in the epic marathon across the Mighty North Pacific Ocean to Seattle.

Despite spending 28 days racing approximately 5,600 nautical miles across the world’s largest and most inhospitable ocean, in the end, there was less than 5 minutes between fourth and fifth place.

Conall and his HotelPlanner.com team crossed the finish line off the northwest coast of the USA at 09:58:46 UTC on Friday 20 April, whilst PSP Logistics completed Race 9: The Race to the Emerald City at 10:03:00 UTC. 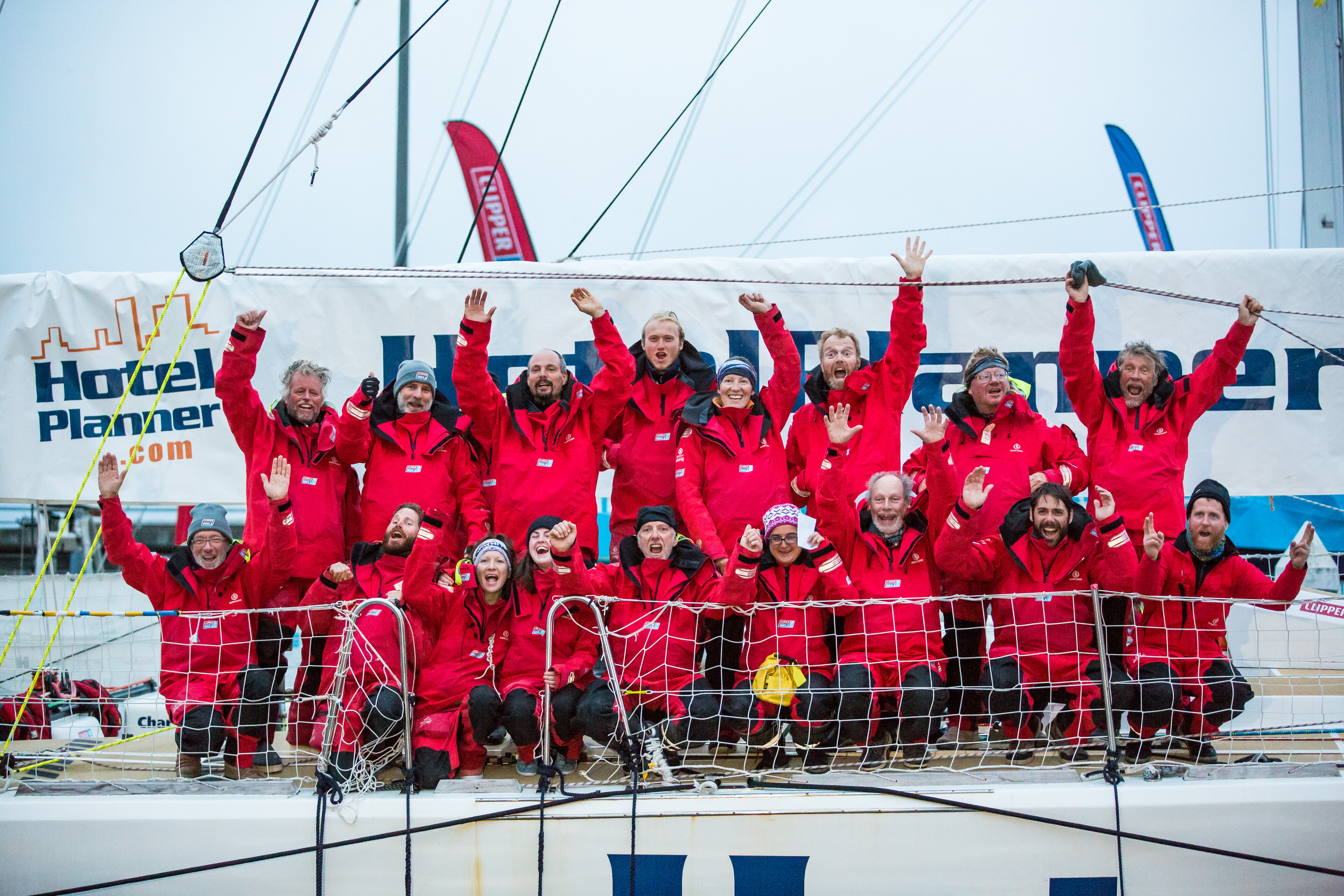 A wind hole just over the finish line made it slow going but Conall and his HotelPlanner.com team navigated the light and variable winds brilliantly to finish just ahead of PSP Logistics.

On the result, Conall says: “This Leg across the North Pacific Ocean has definitely been one of our best.

“It is hard to know where the performance comes from but our evolutions are now smoother and known by each round the world crew member and after eight months together and almost 30,000 nautical miles, we've had the confidence to try new things like peeling spinnakers and we've been close enough to other boats, especially in the beginning, to see how it pays off when all goes well.”

Conall adds: “Before the start, we decided to put a weather and tactics group together and this has helped to make decisions when faced with options. It seems from here that the team has made a lot of good calls.” 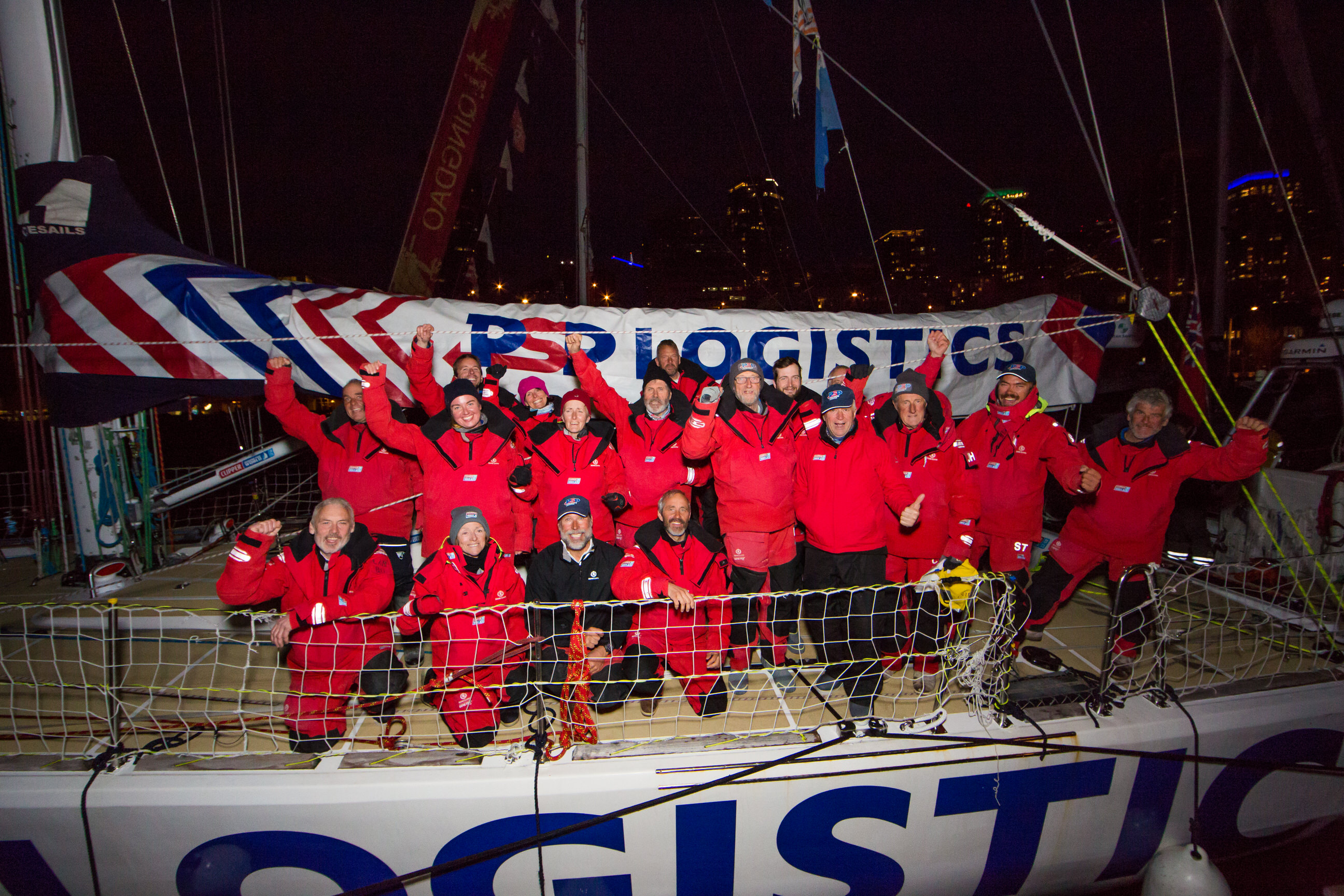 Both HotelPlanner.com and PSP Logistics spent the past few days in AIS range, leaving PSP Logistics Skipper Matt Mitchell to comment in his final Skipper Blog: “Amazing after so many miles that six of us are so close at the end.” IMAGE: On board Garmin during Race 9 across the North Pacific to Seattle.

Arriving into Seattle, Hotelplanner.com crew member Adrian Hemmes, 23, a student from Germany, said: "It was incredible. I haven’t really digested it all yet but we really got to witness the awesome power of Mother Nature.

"For the last 48 hours we were neck and neck with PSP Logistics and then suddenly we had six boats around us on the AIS and wow, it was just incredibly nail biting until the very, very end. The finish line itself was a real relief. We worked really hard and all our hard work and endurance really paid off."

Arriving into port, PSP Logistics crew member Nigel Alexander, 65, from the UK who is doing Legs 5, 6, 7 and 8, said: “This is the moment we’ve all been waiting for. To be here in Seattle. Right now I feel elated and I’m so looking forward to a beer and a steak and maybe some pizza.

“This was something else. We’ve taken quite a few knocks but we’re all here and we’re safe and we worked so well together as a group. We came within 20 metres of HotelPlanner.com towards the end so that was a bit frustrating but they sailed really well and highly deserved their result. To have six boats in sight of each other at the end of such a long race is just amazing really. Very exciting.”

Dave Wilson, 57, a round the world crew member and Air Traffic Controller on board PSP Logistics found the arrival especially emotional as he was born and lives here in Seattle. He explains: "Just seeing the north west tip of the United States again, a place I know well as I’ve been fishing out there with my father, was emotional. I have a whole fan club here and I’m about to meet my first grandson, Theodore, for the first time. They’ve made signs and they are all here, it’s so cool!" 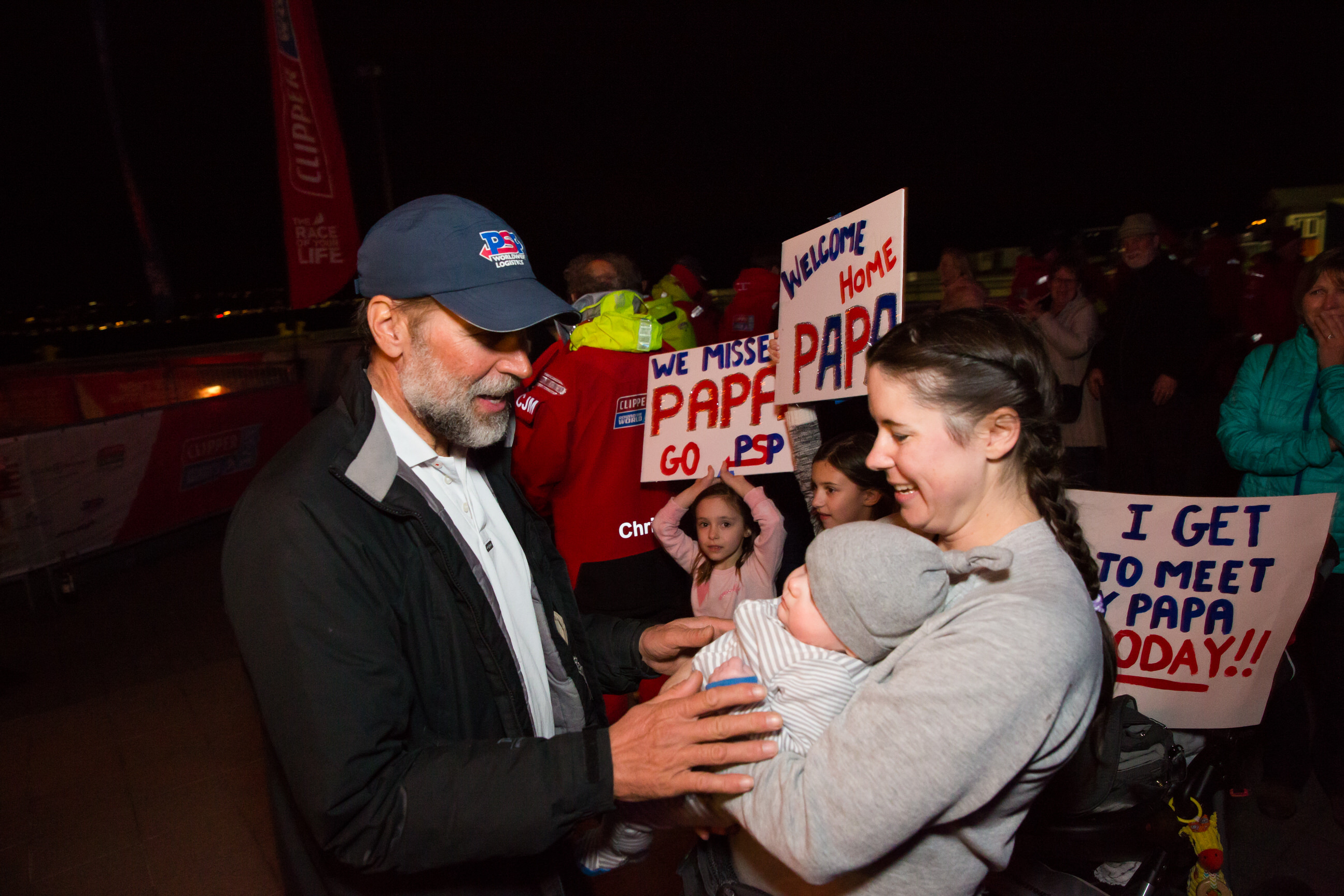 Garmin became the sixth boat to finish what will be a race to remember after crossing the finish line at 1205 UTC, whilst Dare To Lead ensured it would finish in seventh place after following Garmin across the line at 1355 UTC.

Mick Patni, a 38 year old Investor from Birmingham who is a circumnavigator on Garmin, said: “For me, this race has been the single toughest test of my life! The storms, the cold and the time spent out there, have all made this a huge physical and mental achievement. I'm so happy to (almost) be in Seattle and have the North Pacific crossing ticked off the list!” 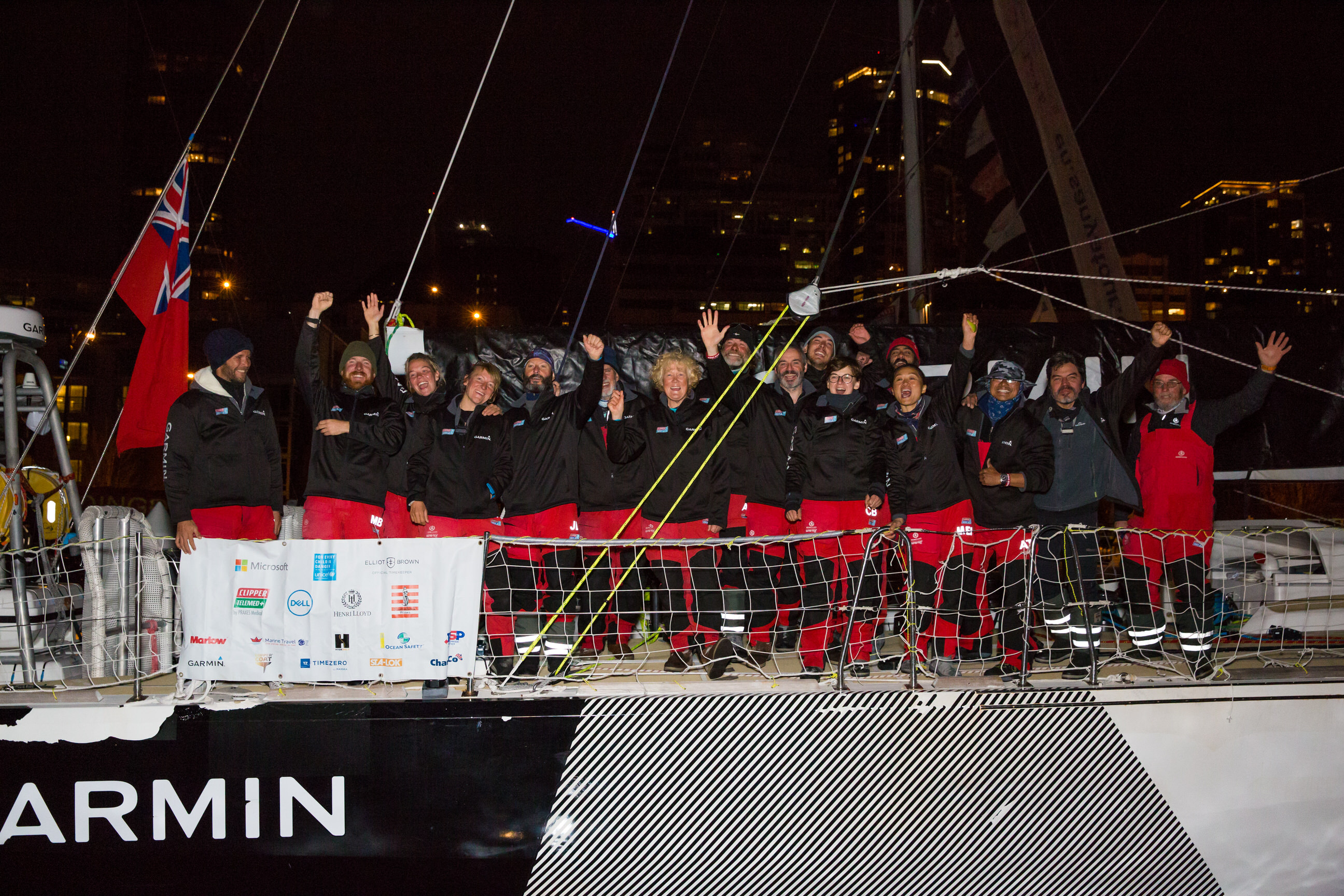 The final arrival of the day was Dare To Lead which took seventh place for Race 9 and will pick up six race points for its achievements. The team sailed a strong race from the start, consistently placing in the top half of the fleet.

Jenny Hall, a 38 year old Customer Experience Director and Circumnavigator on board Dare To Lead said: "It has just been the most incredible adventure. Its had its high and lows its tested all of us, our resolve has really gone beyond what we ever thought it was. Massive elation to be here.

"Everything that was trying, we overcame. You just have to keep going pick yourself up and everyone has just been so motivated and so up for it and really looking forward to coming to Seattle. Seeing the city as you come in, the mountains, it was just incredible.

"I am just so proud of myself, for me this was the leg that I was terrified of and just wanted to get it over and done with in a way. But I have loved it, the storm the phenomenal sea state, it just was incredible" 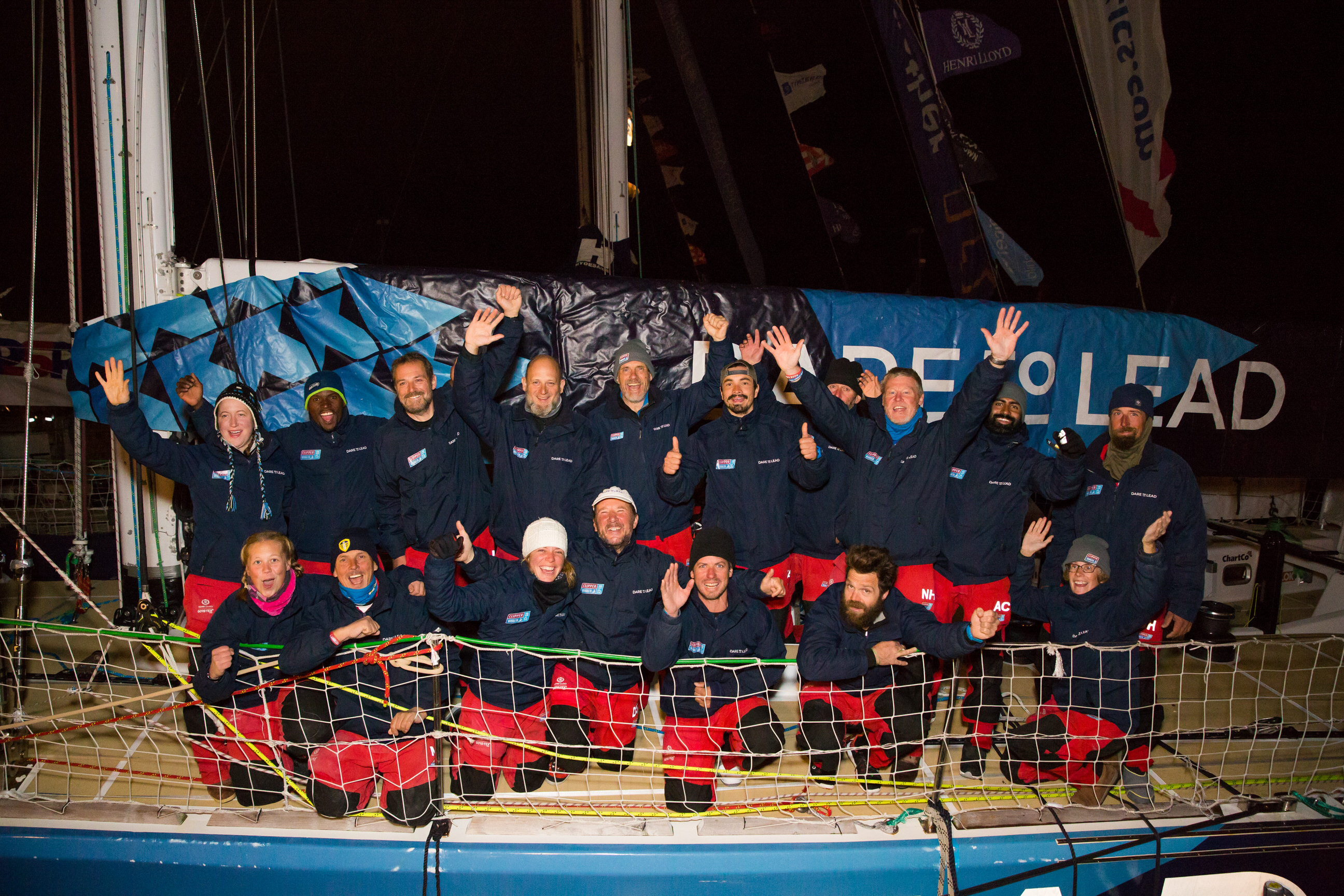 Crossing the finish line at 2013 UTC on Friday 20 April, Visit Seattle took eighth place. After sailing over 30,000 nautical miles since race start, and over 5600 of them during the toughest leg so far, this homecoming race was not without its difficulties for the team which will arrive into Seattle on Saturday morning local time.

Before crossing the finish line Skipper, Nikki Henderson, commented: "The North Pacific definitely delivered its challenges. Yes, storms, cold, wet, snow, hail, long race etc. but for me, the challenges were more mental than physical. Falling to the back of the pack at Virtual Mark Haller and spending the last three weeks trying to fight our way back up the fleet was pretty hard - digging deep every day for optimism and more fight - definitely a grit building exercise this one!"

Visit Seattle will be welcomed into the Port of Seattle with welcome arms on Saturday morning. The ETAs for their arrival into Bell Harbor Marina can be found on the Clipper Race website, and you can also track their progress on the Race Viewer.

Weather permitting, every arrival will be broadcast on the 'Clipper Race: LIVE' Facebook page.

The Clipper Race fleet will be berthed at Bell Harbor Marina until the first race of the US Coast-to-Coast Leg 7 from Seattle to Panama begins on Sunday 29 April.