Punta del Este secured second place in the nail biting closing stages of Race 3 as the team held off Unicef and Ha Long Bay, Viet Nam in the tussle for podium positions.

The Punta del Este team crossed the line at 15:25:56UTC on 8 November earning itself eleven points, nine race plus one bonus, in Race 3: The Spinlock South Atlantic Showdown, having raced over 3,555nm from its home port of Punta del Este, Uruguay to Cape Town, South Africa. 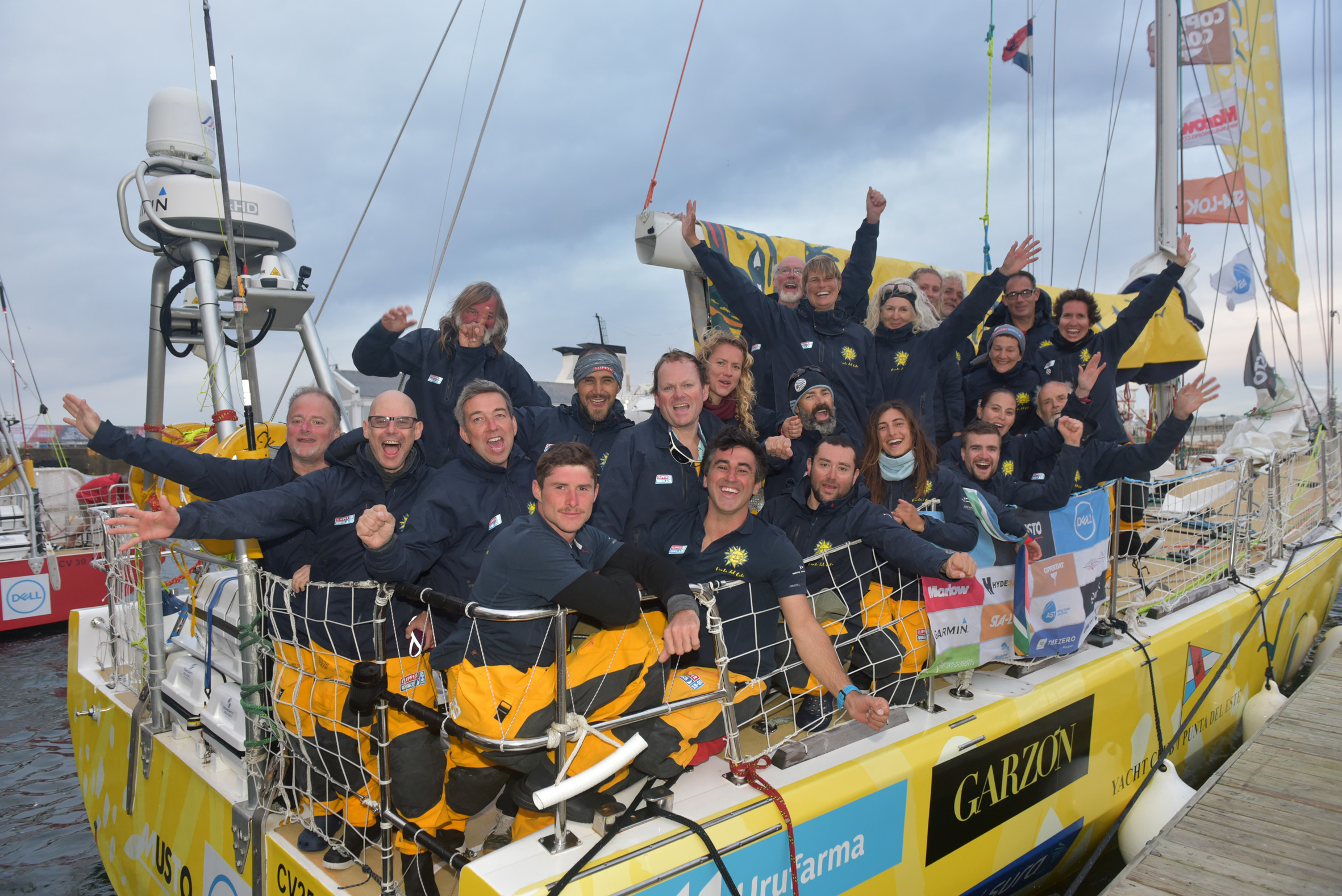 On arrival, Skipper of Punta del Este, Jeronimo Santos Gonzalez, said: “We have played a lovely race, with good strategy and great speeds so we have always been there at the top.

“Approaching the stronger, stormy weather we coped well. The crew has done amazingly, with a lot of evolutions, a lot of big wind, big waves and swells in the South Atlantic. And the Southern Ocean has been the best.

It has been a tough 16 days of racing on board since the fleet departed Uruguay, with crew facing winds gusting up to 70knots, difficult sea states and heavy rain that low pressure systems bring. These have made conditions both on deck and below a real test of fortitude.

Punta del Este Crew member, David Howe says: “It’s been pretty epic. Three storms, the first one was pretty full-on, nine-metre waves, surfing down them with lines draped out the back to slow the boat down. 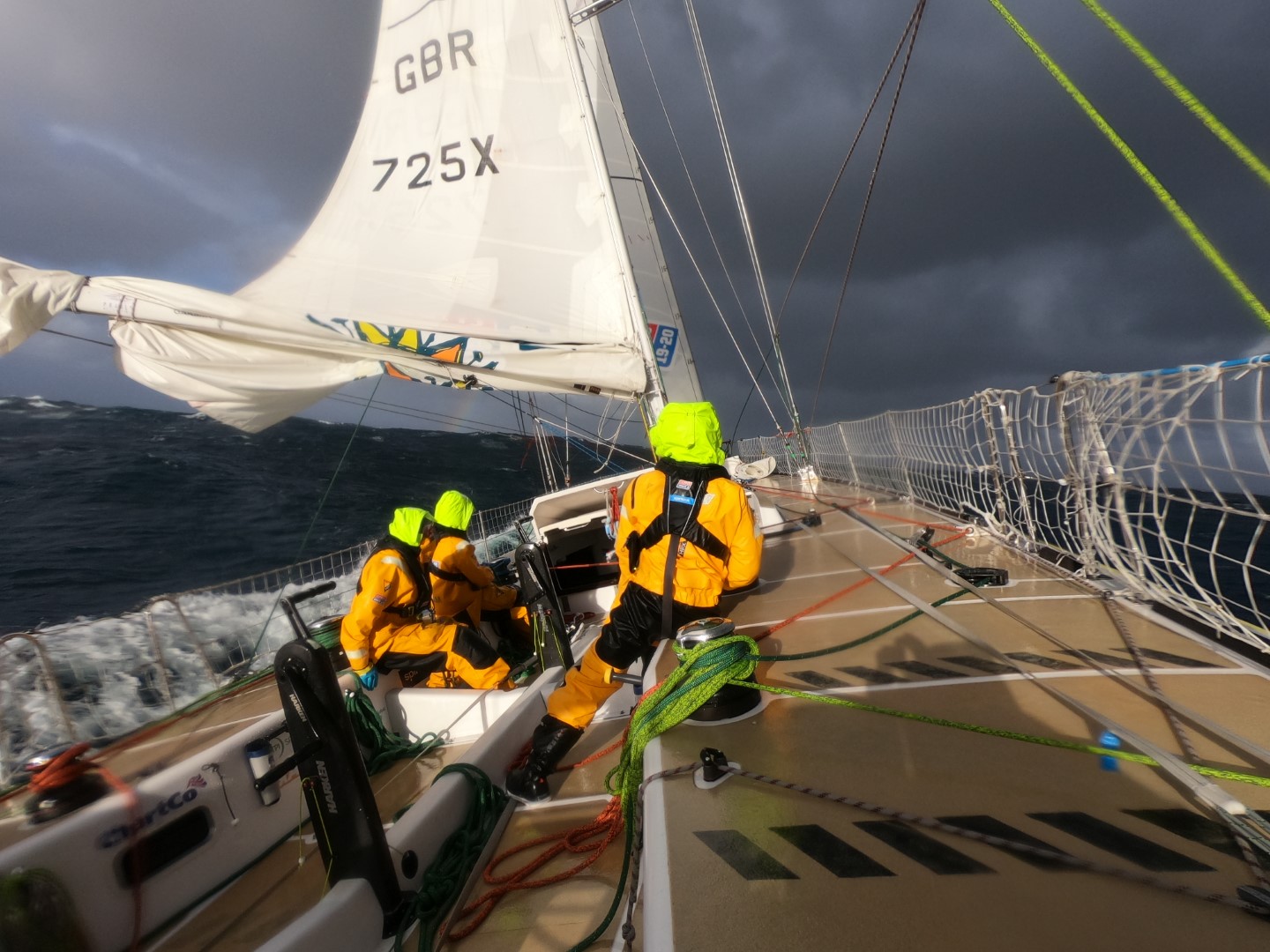 “The nine metre swells, the speed, the humming from the boat as you are surfing down the waves, the physical exertion at the helm. It’s hard work but most definitely rewarding.”

Congratulating the team on its second place in the race from its home port Commodore Juan Etcheverrito said: “We are so proud and happy with this result; the team has been outstanding since the start, and this victory is very well deserved. Definitively a great moment for our city and for the whole country, which follows the race with great enthusiasm, especially since we have 2 Uruguayan crew onboard! On behalf of the YCPE, congratulations to all teams and VAMOS PUNTA DEL ESTE!”

Unicef took the final podium spot, and its first top three placing of the 2019-20 edition. It crossed the line at 17:02:45 UTC, just one hour and 37 minutes behind Punta del Este.

Unicef was in touch with the leading pack during the race but, as with all teams, its place on the leaderboard has fluctuated throughout. Opting to stick relatively close the rhumb line but making the most of the second low pressure system that swept across the fleet’s path, it propelled itself into contention and undertook Ha Long Bay, Viet Nam in the final few days. 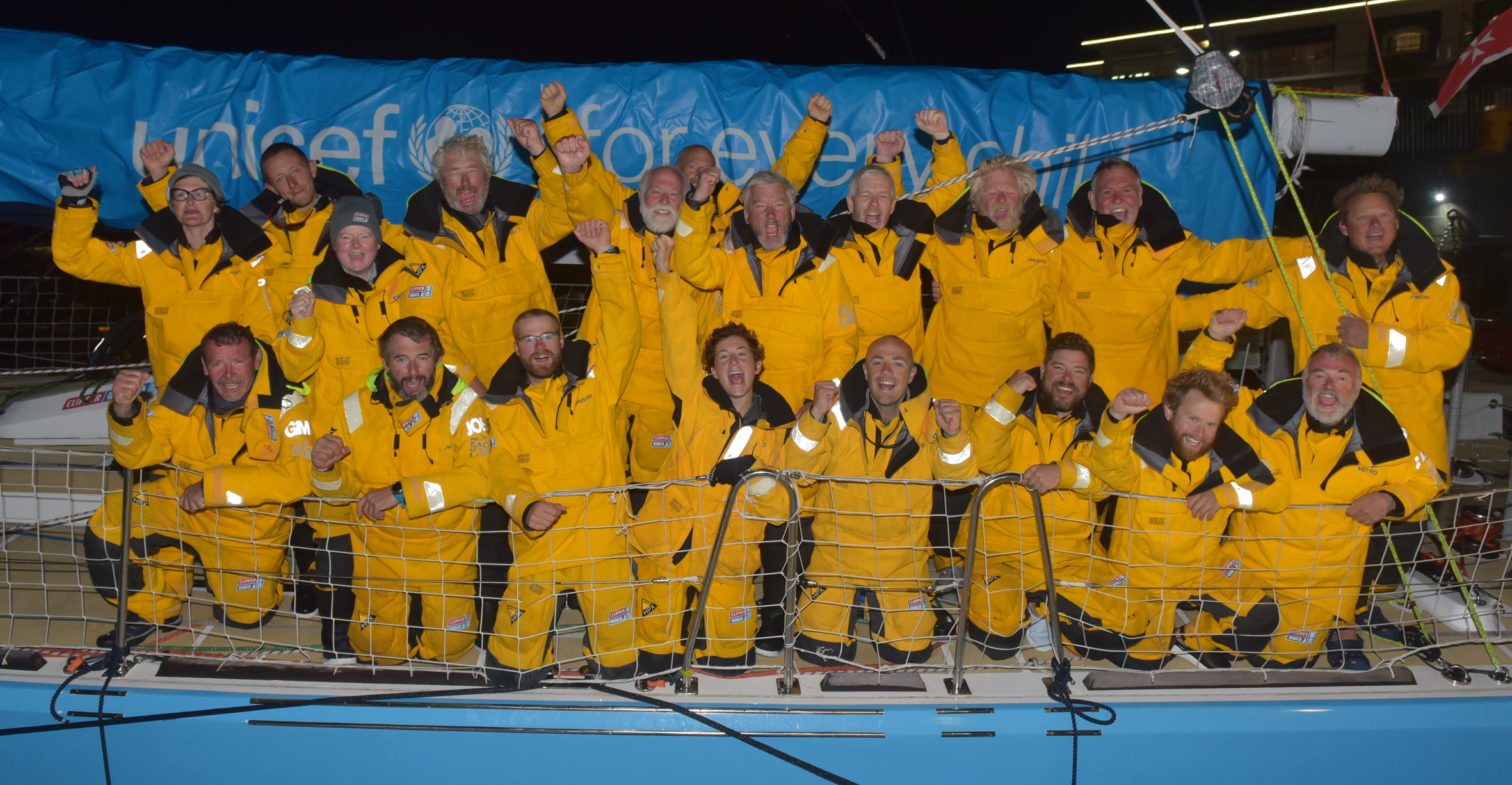 First Mate on Unicef, Mike Miller reported on arrival: “The guys have been amazing. I told them at the start of the race it was going to be cold, wet, miserable and they took it in their stride and off they went. They have stuck together, they have fallen down and picked themselves up, a real ‘Chumbawamba’ effort.

“We have two amazing watch leaders who have really grown and developed. But everyone has done their bit and gelled together.”

Competition is fierce but even more so when your son is on rival yacht. Unicef circumnavigator John Dawson and his son George, also circumnavigating but on board Qingdao, will be gracing the podium together for the first time. John said: “Double Dawson podium, how about that. It’s all we could have dreamed of to be on the podium together. I am very proud of what he has done, he is watch leader now, clearly that boat does very well it has done superbly so far. In a way you like your children to do better than you, but actually not in this case we really do want to beat them sometime!” 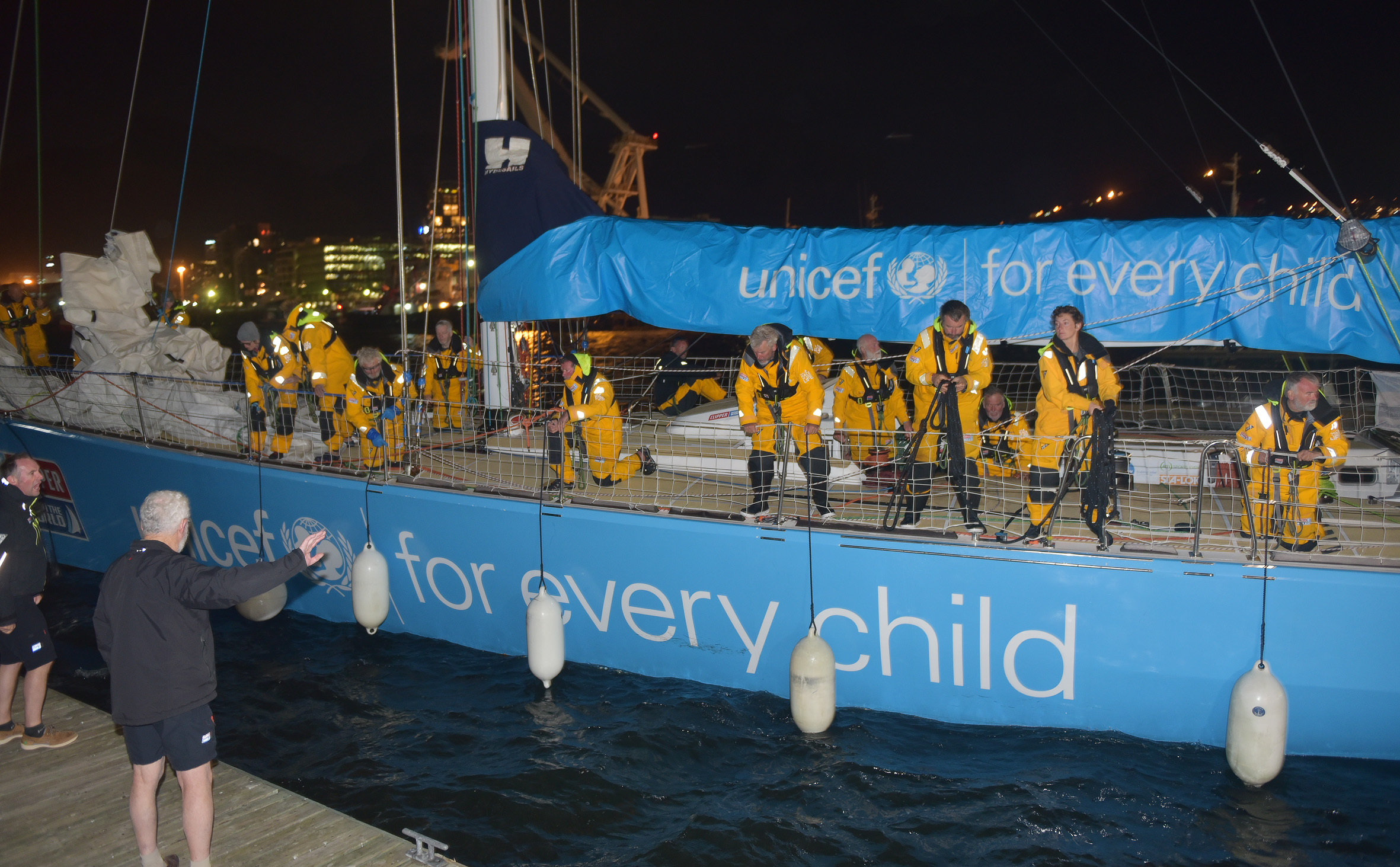 The Unicef yacht was gifted by the Clipper Race to help raise awareness of the issues impacting children across the globe. Along with the rest of the fleet, Race Crew Supporters and Clipper Race Staff a total of £168,800 has been raised so far over for the charity to date.