The city of Qingdao is ready to receive the Clipper Race fleet for the sixth consecutive edition and remains just as excited as it was in 2006, officials revealed at a packed press conference today overlooking the Olympic sailing venue.

Mr Ji Gaoshang, the Director of Qingdao Municipal Sports Bureau, said the city had achieved so much over the last twelve years, as he announced: “We are very much looking forward to welcoming back the Clipper Race fleet. This is our sixth time hosting the event and we are very proud to be the longest serving partner of the race, having worked together for twelve years now. This is also the first time we have been given the honour of naming the race into our city.”

Mr Ji went on to explain that ‘The Sailing City • Qingdao Cup’ marks the latest in a series of firsts that the city has achieved with the Clipper Race over the time of its partnership, from being the first Chinese City to host the race and name a team, to introducing its first Chinese Sailor Guo Chuan, and the first Chinese woman to sail around the world, Vicky Song. 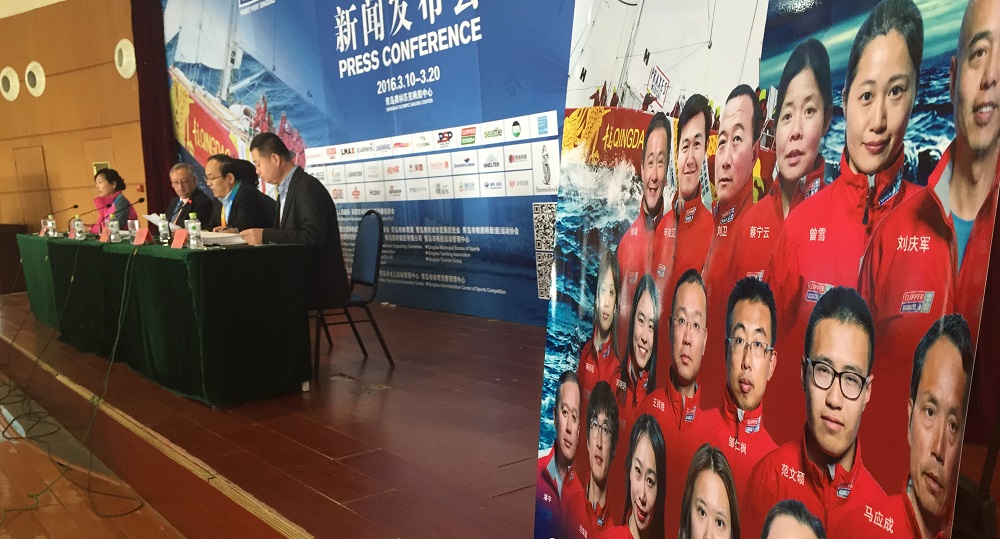 The city is clearly excited to see the race back ‘home’ where the latest fleet was built, and has planned a big welcome ceremony, prize giving and many cultural events where the crew can experience modern life in Qingdao.

Speaking on behalf of the Clipper Race, Jonathan Levy, our Global Business and Communications Director, thanked Mr Ji and told the media that he had seen the huge impact the Clipper Race had had on Qingdao.

He said: “We are very pleased to have worked with Qingdao as our longest consecutive Host Port and Team Sponsor, to help you achieve a prominent position as China’s Sailing City and to build a strong legacy. Initially we were the first international sailing event to come to Qingdao and now you have established a strong calendar of sailing regattas.

“This has extended to the ‘blue’ marine economy, supporting the growing maritime sector. In 2012 the Clipper Race built its new fleet of twelve identical 70 foot yachts here in Qingdao. They have proved to be strong and sturdy boats that have taken on the most challenging oceans on the planet.

“In addition we have promoted Qingdao around the world and generated international trade opportunities, promoted tourism and built cultural understanding,” added Jonathan.

The stopover in Qingdao will again host a full programme of celebrations, business and cultural events. Click here to find out more about the stopover schedule. 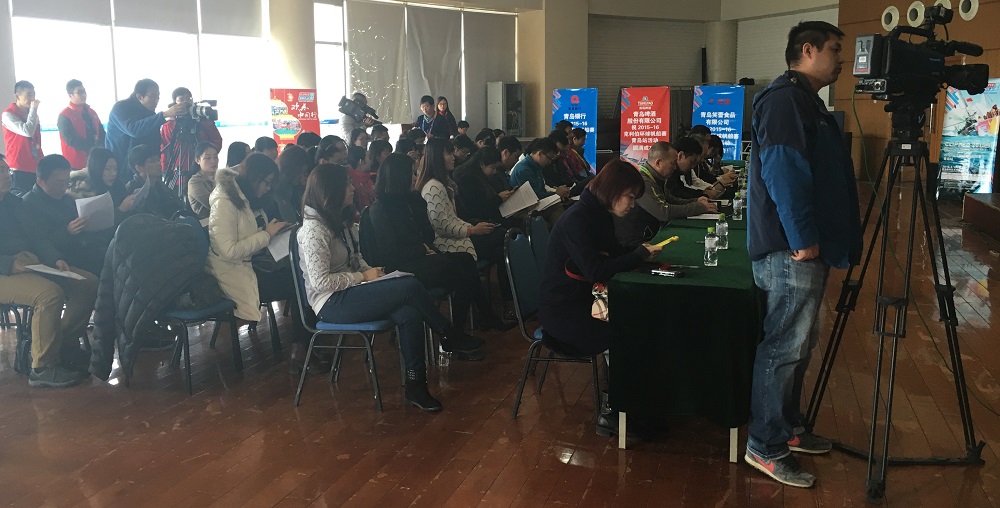 Click here to follow the final days of action as the Clipper Race fleet battles for the all-important positions and points into Qingdao.

The Clipper 2015-16 Race fleet is expected to arrive in Qingdao between 10 – 11 March after completing Race 8: The Sailing City • Qingdao Cup. Click here to keep up to date with the latest fleet ETAs.

Following recent media reports about the finding of deceased German sailor Manfred Fritz Bajorat in the Philippines last week, and subsequent misleading speculation regarding the involvement of the LMAX Exchange in this discovery, we would like to make the following clarification:At 0624…

With more than a third of Clipper Race crew being women from all walks of life, ages and nationalities, it…

A front is moving over the fleet, with north-easterly wind between 30 to 40 knots and a swell of three to four metres as the teams beat upwind in the final 400 nautical miles to China.With shifty conditions over the last 24 hours meaning lots…

“There are some things I will never forget in my life”

Wind holes, thick fog and enormous fishing fleets are making for very stressful racing for the teams as they make…