Sanya Serenity Coast has extended its lead in the closing stages of the race to Punta del Este, with the majority of the fleet caught out by wind holes. PSP Logistics and GREAT Britain have moved up to second and third respectively, having taken an easterly route, and are hoping to avoid the wind hole that has trapped teams to the west.

Leading Skipper, Wendy Tuck, is not resting on her laurels and explains: “Now less than 500nM (nautical miles) to go and the nerves start to get shot to pieces. It’s the time in between position reports that does it. We get an update every 6 hours and it’s amazing what an overactive imagination can do.”

Roy Taylor, Skipper of PSP Logistics, is playing a cautious game after moving up to second place. He reports: “After a great night sail with a lovely spinnaker gybe we managed to shred our Code 3 (heavyweight spinnaker). We still have our Code 2 (mediumweight spinnaker) and an unused Code 1 (lightweight spinnaker) but are now playing a game of protecting our assets while we see how the table looks in the morning.”

Dare To Lead has moved up in to fourth position after being faced with some rather complex routing in to Punta del Este. Skipper, Dale Smyth, explained: “We are all currently dealing with transitioning a low-pressure cell that formed in this area and it is just incredible how close we are after 6,000 nautical miles.”

The teams behind have been affected by wind holes and Skipper of fifth-placed Qingdao, Chris Kobusch, said: “Where the previous 24 hours were dominated by fast, intense spinnaker runs, the last few hours showed an absolute absence of wind”. 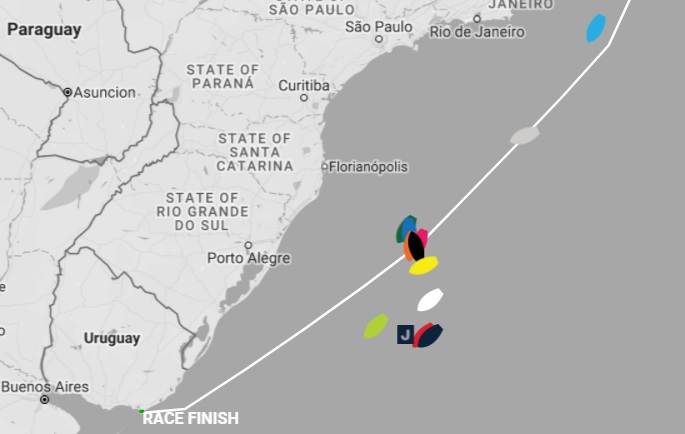 HotelPlanner.com has re-emerged from Stealth Mode in sixth-position and has spent 12 of the last 24 hours in a wind hole. Skipper, Conall Morrison, says: “We have the slightest puff of wind from the North West now as I type that might help to get us through to the other side. We are close with Garmin, Unicef and Liverpool 2018 who have all been on the Automatic Identification System (AIS) screen in the past hour. It must be exciting watching everything on the viewer at home.”

Skipper of seventh-placed Garmin, Gaëtan Thomas, is putting a brave face on and said: “Let's keep positive because, to be honest, a wind hole is the last thing a sailor wants! Again, it is going be a new start for the last bit of this leg. It will be crazy to see all of us in sight of each other in the approach of the finishing line!” 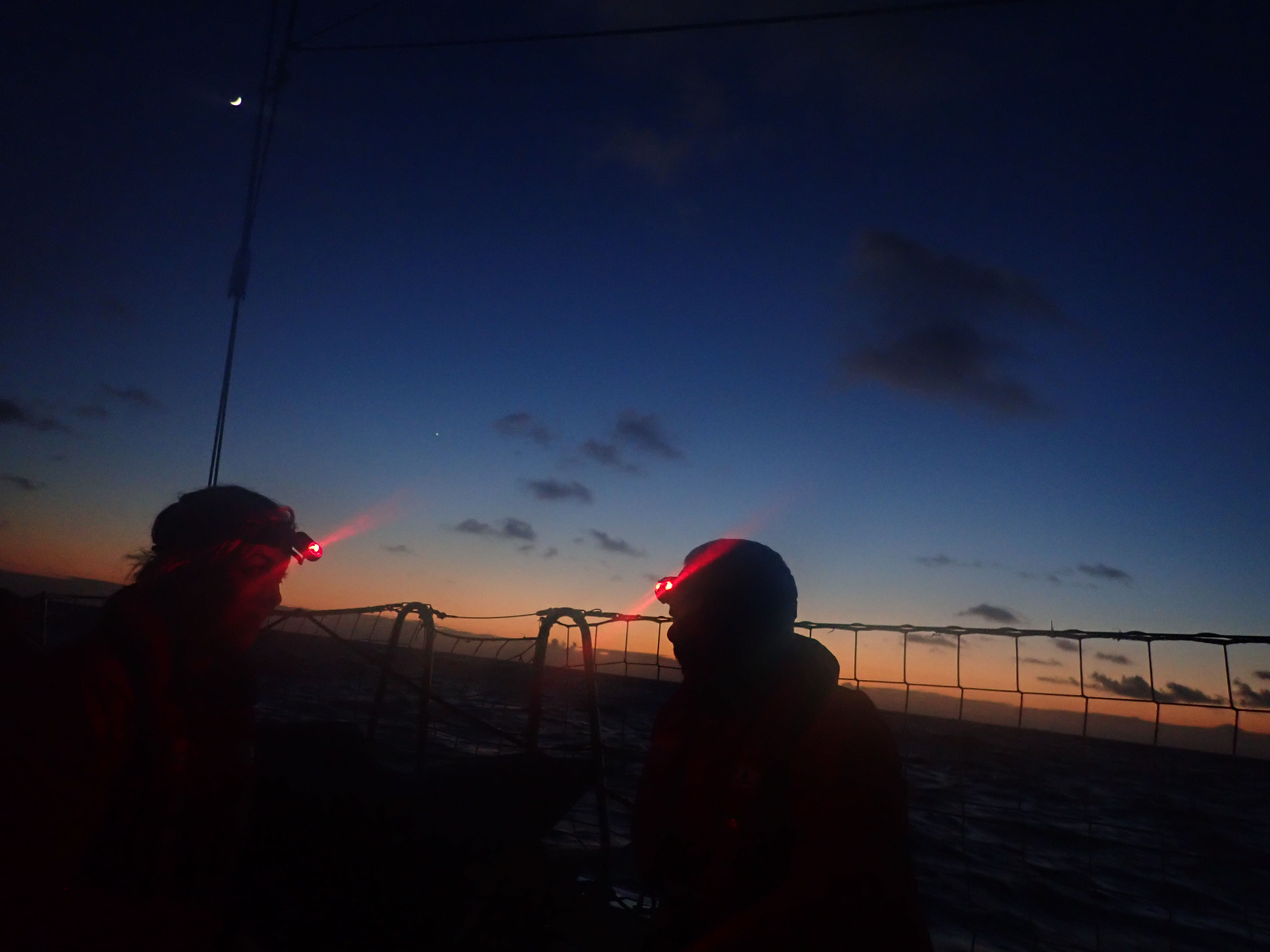 Visit Seattle and Unicef have dropped to eighth and ninth respectively after being in the podium positions yesterday after taking a westerly route. Nikki Henderson, Skipper of Visit Seattle remains optimistic saying: “We are hoping this has been a good decision, and the wind fills in over here in the west before filling in in the east and we shoot along to Uruguay before the others. Everything feels a gamble right now - so it will be interesting to see how this plays out over the next few days.”

Liverpool 2018 is currently in tenth place, while the teams in eleventh and twelfth place, Greenings and Nasdaq, are gaining ground. Dan Smith, Relief Skipper for Greenings, said: “We have been keeping a good eye on the weather and hope to sail around some of the wind holes that others in the fleet have found themselves parked up in.”

Clipper Race Meteorologist, Simon Rowell, reports that the low is heading southeast taking with it most of the deep cloud. After it’s gone the breeze should return to the northeast for all of the teams but a next front may get to them before the finish. Tactics will come in to play all the way in to Punta del Este!

To read all the Skipper Reports in full, and also read the Crew Diaries for insightful views into life on board, visit the Clipper Race Team Pages.

As several teams have re-emerged from Stealth Mode, the leader board is looking a little clearer and Sanya…

Three of the twelve teams, Visit Seattle, Unicef and GREAT Britain, are in Stealth…