Now that Qingdao has completed the Ocean Sprint section of Race 10: Sailing City - Qingdao cup, the final results are in. Qingdao put in an impressive time to take the win, followed by Imagine your Korea and Visit Sanya, China following in second and third.

The Dell Latitude Rugged Ocean Sprint was between 146°W and 140°W and the distance on the rhumb line across was approximately 250nm. As with all Ocean Sprints, the teams had varying conditions on arrival and during the sprint section. The Qingdao team worked hard to race across approximately 248nm in 21 hours 10 mins 12 seconds, which gave an impressive average speed of just under 12 knots. Imagine your Korea grabbed second fastest and Visit Sanya, China secured the third fastest time in a close sprint, with less than an hour separating second and third position. 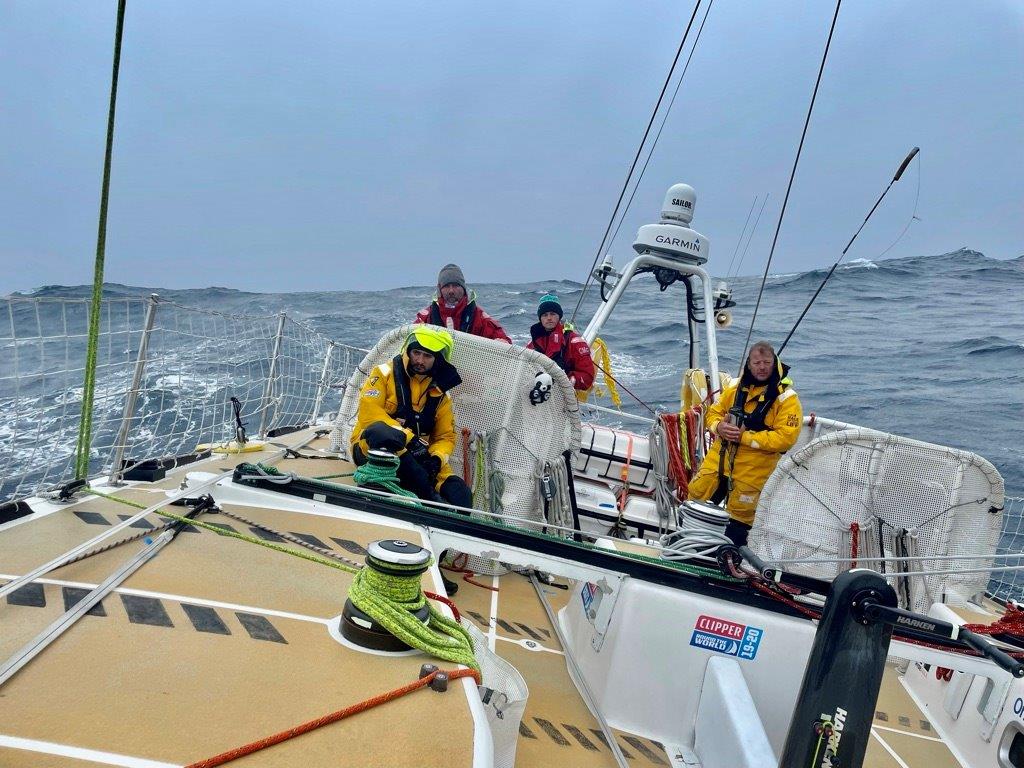 On completing the sprint, Qingdao Skipper Chris Brooks said: “We finished the sprint which was epic, the team worked so hard using as much canvas as we could safely carry. For the later stages we were averaging 14 knots which was very useful to our overall time.

"Qingdao are so enthralled with winning the Ocean Sprint. We knew that we had good conditions for the sprint but beyond this the team worked very hard. We had a reasonable expectation of the times to beat but never took our feet off the gas. It was important following our unfortunate circumstances passaging across the North Pacific, that Qingdao were able to triumph in the face of adversity. Everyone on board suffered the bitter cold conditions working so hard to achieve what we have.”

Race Crew on Qingdao, Lisa Sumpter, reported on the experience of racing in the Ocean Sprint. From the North Pacific she reports: “For the first time since we detoured to Japan we are back in the race; fighting for points! Yesterday, at 16:52, we started the Ocean Sprint. This was the first opportunity we had to race against the fleet, albeit weeks later than them.

“We continued in our watches, with our best helms battling the wind and waves; each watch determined to beat the average speed of the last. There were shouts at watch change over of ‘54 miles’ and ‘top speed 22.8 knots!’ The excitement continued through the night and on watch changeover the Code 2 spinnaker came down and the Yankee 1 went up – we lost sleep, but it was satisfying all the same. As the finish coordinates neared both watches waited in eager anticipation. Shouts of delight were captured on video as our sprint finished at 14:07. We cannot wait to catch up with the fleet and regain our racing, winning spirit!”

The Dell Latitude Rugged Ocean Sprint results are as follows :-

Commenting on his team’s result, Imagine your Korea Skipper Rob Graham said: “Imagine your Korea are super excited with our Ocean Sprint result for Race 10. We pushed hard and felt at the time that we had done well, but didn't know how well. So it turns out that Qingdao were luckier with their weather than us, and took advantage of it, but well done to them and Visit Sanya, China, it's good to put two more points on the board.” 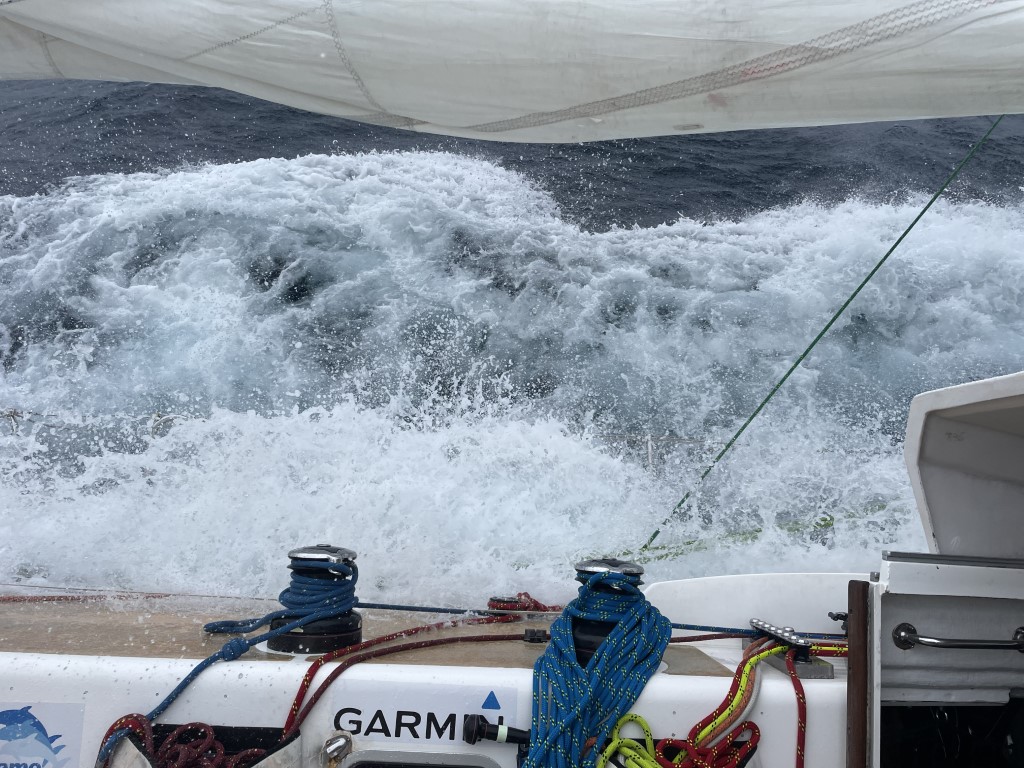 Looking at the low side, shot from on board Imagine your Korea

Mary Vaughan-Jones, AQP on Visit Sanya, China added: “We’re super chuffed on board with our Ocean Sprint point. After twirling around in the centre of a low for some of it we didn't expect too much. Considering the challenges of the last race for our boat and the bitter ending we had, it's nice to have an extra point on the board as a solid show of how hard the crew worked to stay competitive.”

Race 11: Seattle Pacific Challenge is now underway following a Le Mans Start, with ten teams making their way down the west coast of the USA.

The Le Mans Start of Race 11: Seattle Pacific Challenge began at 12:00 local time on 2 May, 30 nautical miles southwest of Tatoosh Island.The Lead Skipper was David 'Wavy' Immelman (GoToBermuda). We had the following report in from Wavy: "We did an early roll…