It’s been a bumpy time for many of the Clipper Race teams as they braced themselves for a second day on the ‘roller coaster’ Gulf Stream. The competition remains tight on day four of Race 12: The LegenDerry Race with just over ten nautical miles between first and fifth position on the Leaderboard. Another race milestone has been reached too as teams have passed the longitude of Punta del Este, Uruguay, meaning they have crossed every line of longitude on the Earth’s surface.

Garmin Skipper Gaëtan Thomas is keeping a close watch on his leading position as the standings are prone to change quickly. He says; “It was interesting to see some boats flying in the Gulf Stream, hopefully not for long so we will not lose too much ground. In a few days we will really see the verdict of what was the best course. The Scoring Gate is the next target, fingers crossed we get some extra points!” 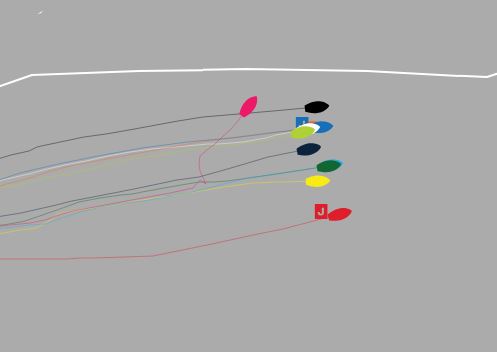 For Joker playing Unicef, it’s been life on a 35 degree angle and they are fully aware of just how close this race is. Says Skipper Bob Beggs; “We are still in tough competition with Hotel Planner.com, Dare To Lead, and Sanya Serenity Coast.

“And the competition to the south seem to be having a battle with each other in stronger winds and fair current. There is soon to be the first mix up on the Leaderboard in preparation for the final battle to be fought on the approach to Ireland in ten days from now.”

Seeking out the Gulf Stream has played into the hands of the Nasdaq team who welcomed the extra knots it rewarded to keep them ahead of their close competitors. Skipper Rob Graham says; “You've got to love that Gulf Stream. After a beautiful sunny day full of respectable progress at around 11 knots, Nasdaq came back into some very favourable current and our speed jumped up to 15! We needed it too, because Visit Seattle is in sight and chasing hard.

“By one measure Nasdaq completed our circumnavigation today, since we have crossed every line of longitude and are now further east than back in October when we arrived into Punta Del Este. Having Visit Seattle so close keeps the pressure on, and means that no-one feels they have finished - we're definitely still racing.” 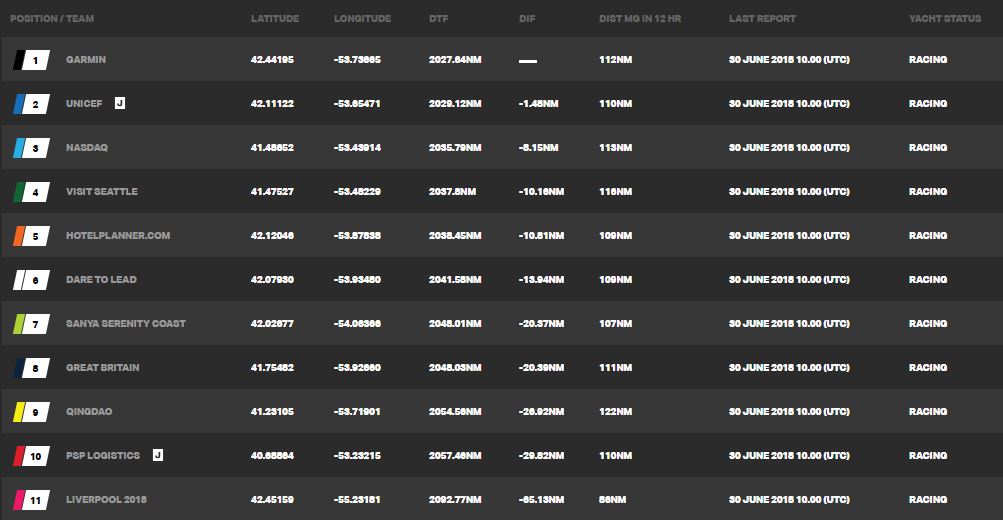 The weather conditions will continue to be tricky for the fleet over the next few days. Clipper Race Meteorologist Simon Rowell has reported to the teams that after a ‘busy and bumpy 24 hours’, with many teams reporting squalls coming in, “satellite images show the cumulus developing rapidly, so these will continue and be strong. This band of wind (will be with you) for the next 48 hours, then just as you are approaching the end of the ice gates it will get very light and tricky for about 24 hours.”

The Liverpool 2018 team is currently diverting to St John’s, Newfoundland, Canada so that crew member Dominic Littlewood can receive medical attention. All other crew are safe and well.

Writing in his blog today, Skipper Lance explains: “I sat down with the crew and explained what was happening and why we needed to stop racing, everyone understood and was extremely supportive. The safety of the crew on board always comes before the racing.” More information can be found here.