The second day of Race 13 has been dominated by a continued tough upwind beat as the fleet races south down the West Coast of Ireland, separated by just 15nm.

With the teams tacking and trimming to keep Virtual Mark Hutchings to port, positions are changing all the time, with new race leaders emerging today. PSP Logistics, Qingdao, Garmin and Unicef, all under 1nm apart, leading the charge down the west coast of Ireland. 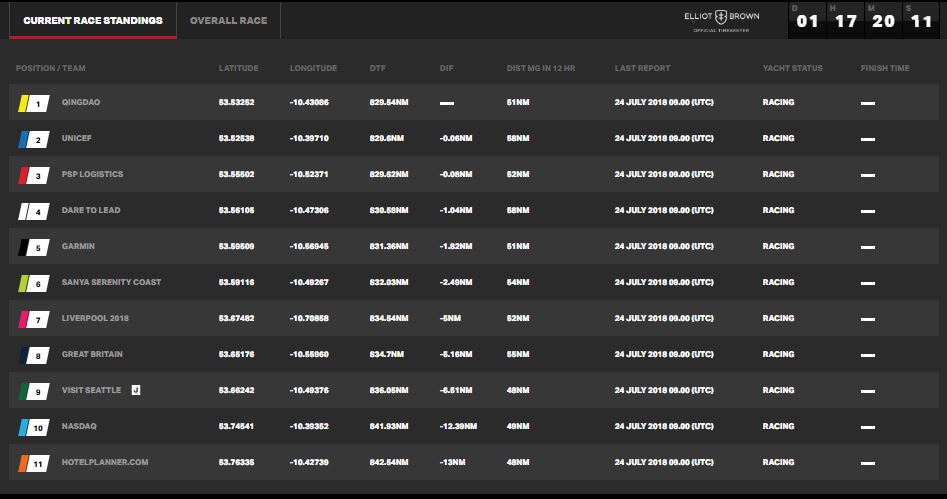 PSP Logistics Skipper Matt Mitchell reports: “After what seemed like a million tacks and one final last move we rounded Virtual Mark Hutchings in first place. We now have the whole fleet on AIS strung out behind us. It's going to be very close that's for sure!”

Racing remains tight and decisions on when to tack is playing on all teams’ minds with some gaining and some losing in the light and shifty winds during the last 24hours as the leaders now set their sights on the next target in the course, Virtual Mark Siraut.

Qingdao Skipper Chris Kobusch, currently in first place, says: “Now the race to the next mark has begun, with some boats going for speed and heading further inshore, while other are trying to keep their height and staying further offshore. Time will tell which strategy pays off.”

Garmin is currently fifth, less than two nautical miles behind the leader, Skipper Gaetan Thomas says: We are all often on different headings on the same tacks upwind! Focusing on trim, driving and of course being behind the charts and the laptop!

“We just passed another mark and the tactic did pay and we gained some ground back in the top three, nail biting, nail biting!”

With the racing so close, teams in the latter half are not down and out yet with 800nm still to go and leaderboard positions changing with every tack. Seventh placed Sanya Serenity Coast Skipper, Wendy Tuck, is remaining positive: “It’s still anyone’s race.”

Liverpool 2018’s Skipper Lance Shepherd, just behind Sanya Serenity Coast, in seventh, is keeping determined as the team looks to make better gains today. He says: “It’s been a tricky day of cat and mouse with the whole fleet. Making miles on one tack and losing them on the other...sometimes the wind gods work for you and sometimes they really don’t!!!

“On our way to Mark Hutchings we had a massive wind shift while we were tacking, well that’s our excuse for our track on Race Viewer! Unfortunately, it lost us a few positions however the fleet is so close we hope to catch them up again soon.”

Another team which has dropped positions in the standings overnight after a tough 24 hours, is Visit Seattle. Skipper Nikki Henderson, aiming to catch Sanya Serenity Coast in the overall race standings, reports: "Feeling the weight of a million peoples' expectations and hopes on my shoulders and I fear we are going to disappoint. The crew are well and safe and eager to work hard - so let's hope somehow, we can pull this back."

There is still plenty of racing to be had as the fleet descends the rugged Irish Coast past Achill Island to the next race marks. Those of which GREAT Britain Skipper, David Hartshorn already has sights set on: “Now we continue south wards making BCW (Best course to windward) to see if we can pass Mark Fastnet before the big low-pressure system comes in tomorrow.”

Unfortunately for David and the rest of the teams Simon Rowell, Clipper Race Meteorologist, has reported that the low is coming in a little quicker, and it’s likely to back south before they get to Mark Fastnet, adding that as it does it will increase with gusts to the high 20’s, maybe low 30’s by tomorrow afternoon and into the evening. It is not all bad news though because as soon as the fleet heads east, the wind should ease steadily for the run into the finish. 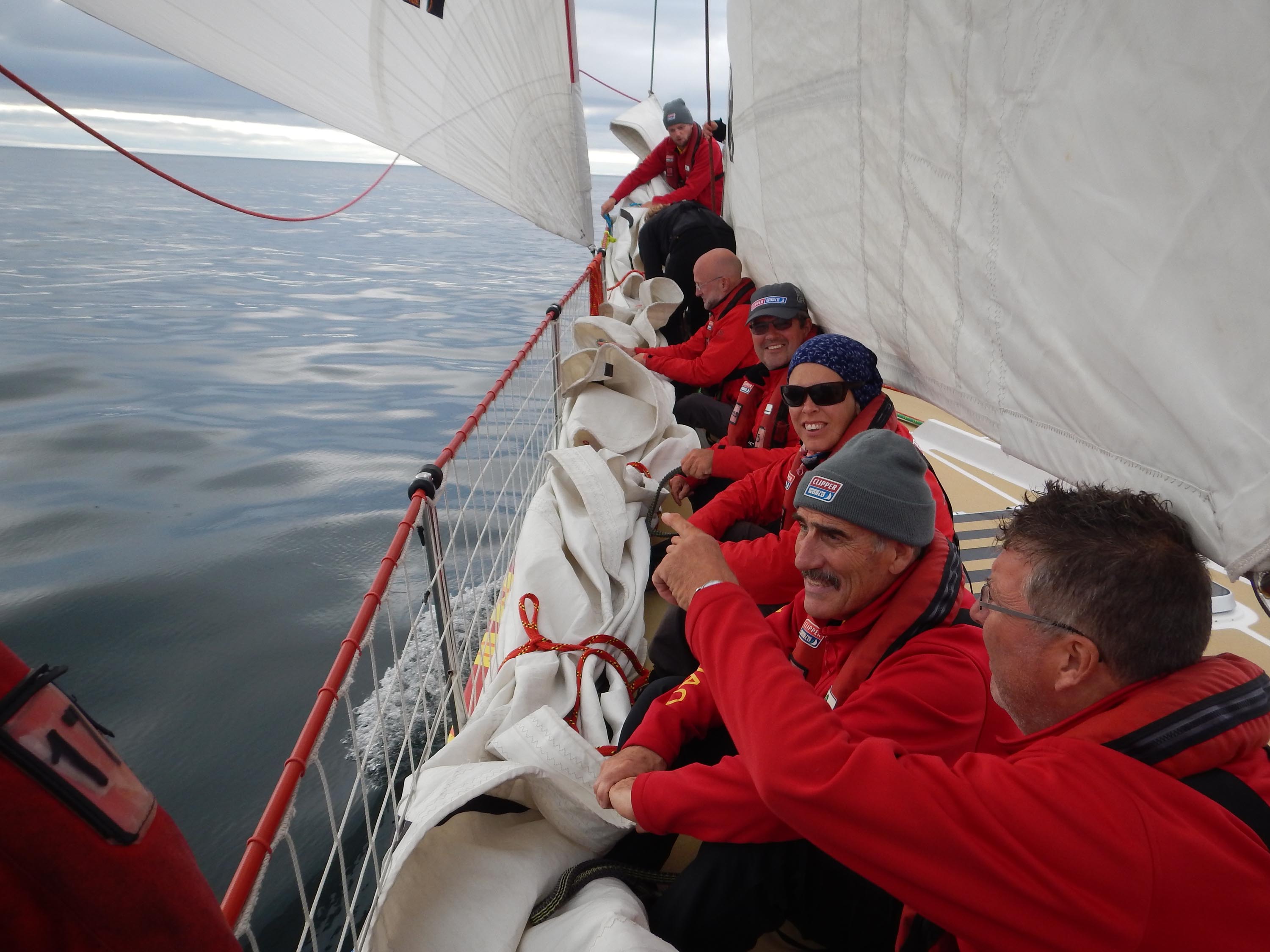 (Photo from on board Qingdao)

Race 13 is certainly turning out to be challenging so far, and as this epic circumnavigation approaches its dramatic conclusion, with Dale Smyth, Skipper of Dare To Lead, currently holding onto fourth place in this race, saying: “It is quite a leg for reflecting over the past eleven months and being back at sea after a great two weeks in Derry-Londonderry, we perhaps have a reminder of how nice a break will be from the hardships of upwind sailing.

“However, much will be missed. The largest part has got to be the waking up every day, knowing that you are partaking in something life changing and the knowledge that we only have a handful of opportunities in life that make you feel like you are truly living and that this has been one of them.”

To follow the progress of the Clipper Race teams, as they approach Race Finish in Liverpool, keep an eye on the Race Viewer. You can also find out more about life on board by reading the Skipper Blogs and Crew Diaries in full on the Team Pages.

Over 700 everyday people from 41 nations have taken on the toughest oceans on the planet in the 2017-18 edition of the unique Clipper Round the World Yacht Race.After racing almost 40,000 miles around the world eleven teams of non-professional sailors are soon to complete…