The slow motor-sail through the Doldrums Corridor has become a thing of the past for the majority of the Clipper Race fleet, with racing firmly back on the agenda on Day 14 of Race 2: The Commodore’s Cup to Punta del Este.

Visit Sanya, China, remains in the lead for a tenth straight day, with the team timing their exit from the Doldrums Corridor to perfection. However, Qingdao is also making good progress south and Skipper Chris Brooks says: “Over the next 3,000 nautical miles we just have to slowly take in a mile here or there. It won't happen yet. The further south we go, the better our wind angle because of the oceanic cycle of wind. This means that boats ahead have a chance to pull away so if we can just hold station with our nemesis up the front, we are doing really well.” 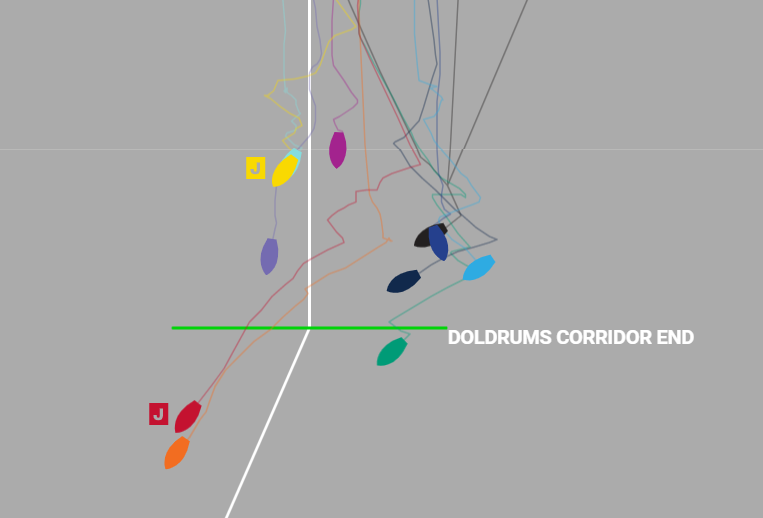 A significant gap has opened up between the leaders, Visit Sanya and Qingdao,and the chasing pack. Unicef Skipper Ian Wiggin comments: “Visit Sanya and Qingdao have done an amazing job of getting south so quickly. As I sit here scratching my head and measuring angle after angle and distance after distance - no matter how I look at it, the lead pair will be tough to catch. Based on the arc of their track, it is looking increasingly likely that they will be able to sail directly down the South American coastline.

“We are hoping for a wind shift in the morning which should allow us to sail further to the south. For now, if you drew a line between Punta Del Este and us, that is where the wind is coming from. Being patient is difficult as we watch the leaders extend to over 250nm. But as we have seen over the last week, big changes in fortune and weather patterns are possible.”

Seattle is the only yacht yet to finish its motor-sail through the Doldrums Corridor and the decision to hold off turning the engine on for as long as possible seems to be paying off. Despite being one of the last yachts to enter the Doldrums Corridor, the team is currently in third position on the overall standings. Skipper Ben Keitch comments: “My first strategy was going to be to sail right through the Doldrums Corridor. It looked like we might get the advantage, use the fickle winds we had, play through the light stuff, then when the wind came (and plenty was forecast), sail fast, overtake, do better than those stuck motoring at 6 knots. Then you run the numbers and you realise you can motor anyway and gain both a tactical advantage (put the boat in the right place) and gain distance. It was a tough call but it seems to be working.”

In good news for the fleet, the Trade Winds should continue to blow the yachts down the east coast of Brazil towards Uruguay. But with almost two weeks of racing remaining, anything could happen. Stay tuned to the Race Viewer to see how part two of the race to Punta del Este plays out.

Another day of the Doldrums and motor-sailing through the corridor meant that the Clipper Race teams needed to get creative in passing the time before they’d be back racing towards Punta del Este.Seattle has at last taken advantage of the Doldrums Corridor rule, the…

Day 12 of Race 2: The Commodore’s Cup has turned out to be a humid, rainy one for the Clipper…