After 21 days at sea, there is now only just over a week to go until the winner of Race 2: The Commodore’s Cup to Punta del Este, Uruguay, will be decided. But Mother Nature won’t be making the final stretch of this 5,195 nautical mile race across the Atlantic Ocean easy for the Clipper Race teams. 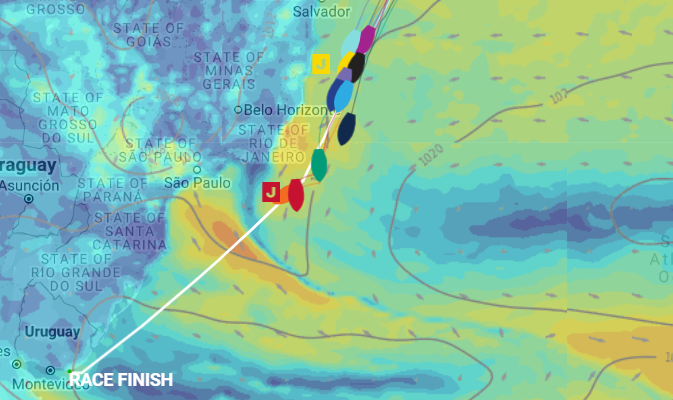 IMAGE: The conditions facing the Clipper Race teams. Correct at time of publishing.

The eleven teams are currently spread over 600 nautical miles (nm) along the Brazilian coastline, with the leading boats having just moved south of Rio de Janeiro. According to Clipper Race Meteorologist, Simon Rowell, the wind curving around the western end of the ridge extending towards Brazil has not only created a minefield of windholes for the fleet, but will also see the teams face sudden and sharp gusts of up to 40 knots.

Seattle has experienced both sides of the coin over the last 24 hours, from sudden downpours and strong winds, to being almost being brought to a standstill. And it’s had an impact on the leaderboard; the fifth and sixth placed Zhuhai and Unicef (which are within 10nm of each other), have largely avoided the the light winds to extend the gap on Seattle to around 50nm. Seattle Skipper Ben Keitch explains: “It was a somewhat frustrating day of light winds, I'd let us come a bit too close to Brazil. Sometimes this can work, picking up local winds, but the scheds (positions update) revealed our closest rivals, Unicef and Zhuhai,had done far better with offshore winds and even WTC Logistics and Punta del Este had made a huge gain on us.” 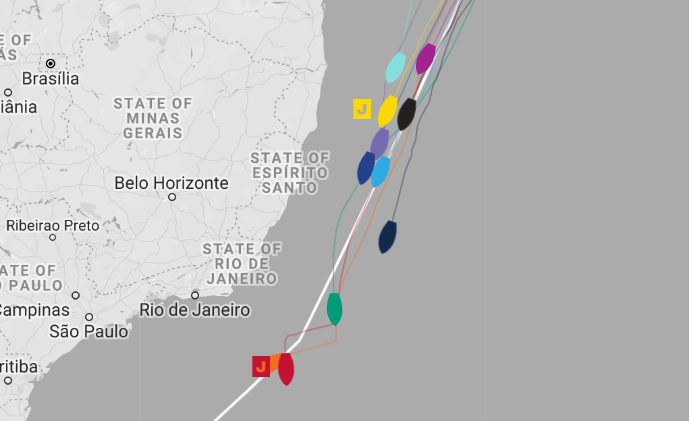 Just 8nm separates the eighth placed Punta del Este from WTC Logistics in ninth place. Punta del Este, which, like Qingdao, played its Joker [NB: a tactical mechanism which doubles any race points earned] for this race, is hoping the arrival of the windholes will create an opportunity to make a late charge up the leaderboard, much like it did in the final stages of the opening race to Portimão. Punta del Este First Mate Ryan Barkey reports: “Right now we are in a drag race in squally conditions down the coast of Brazil with the prospects of a gaping wind hole looming ever closer. This keeps the hopes just high enough for another accordion effect finish, opening the door to the potential of us, if we play are cards right, squeaking by some of the competition and salvaging what feels like well-deserved points.” 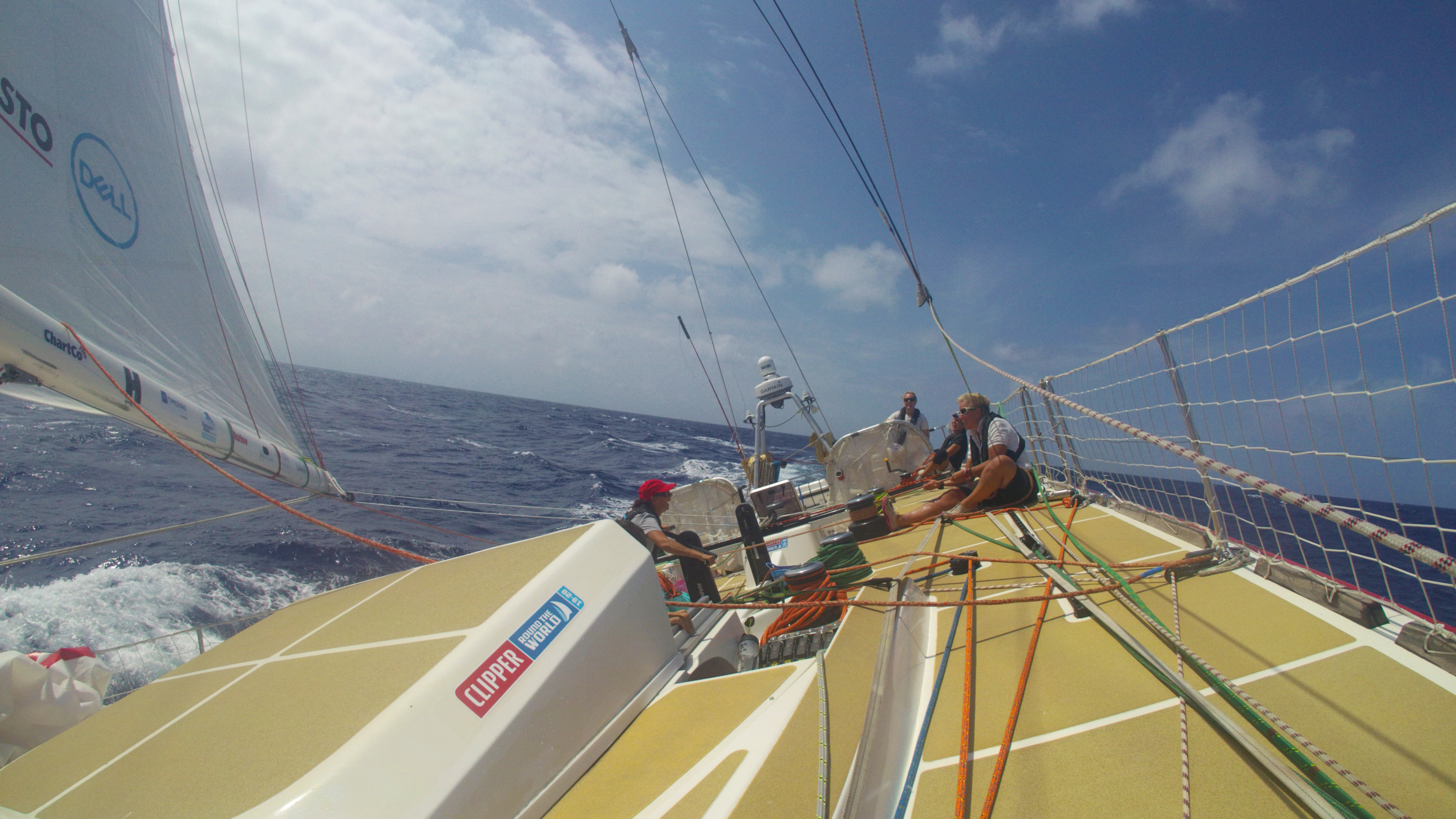 IMAGE: The crew on board Qingdao.

The intensity of the battle between Visit Sanya, China and Qingdao at the front of the fleet continues to build. After sixteen consecutive days on top of the leaderboard, Qingdao managed to briefly move ahead of Visit Sanya into the number one position after a well-timed gybe brought it closer to the rhumb line. And while Visit Sanya is now back in official first place, Qingdao isn’t giving up. Skipper Chris Brooks says: “The wind was looking a little light so we gybed in to find some extra pressure and extra pressure we did find. 20 knot boat speeds and up to 30 knots seemed a little hard on the night driving under the Code 2 Spinnaker, so content we had found some more pressure, we have decided to continue our way south.

“As expected, the competition covered our moves well but at least we can finally see them on AIS.”

He adds: “Some very complicated ops going on over the next 24 hours and the weather may not play out quite as my tactics would have it, so some big gains and losses to be made over the next three days. We are keen to press home a lead now so will be looking to out smart the opposition.”

Keep an eye on the Clipper Race Viewer to follow the fleet’s progress, and catch up on all the latest news here.

The results are in for the Dell Latitude Rugged Ocean Sprint and what a sprint it was. Only three hours…

The miles to Punta del Este, Uruguay, continue to fall away on Day 19 of Race 2: The Commodore’s Cup, and there is a serious battle brewing at the front between Visit Sanya, China and Qingdao.As it continues racing off the coast of Brazil, Visit…

Sailing across the equator is one of the major milestones of Leg 1 and the circumnavigation. An achievement few get…