Qingdao and Visit Sanya, China are both celebrating in Punta del Este, but for the rest of the Clipper Race fleet, Race 2: The Commodore’s Cup isn’t over just yet.

The third placed Ha Long Bay, Viet Nam is currently expected to complete the 5,196 nautical mile (nm) race on Sunday, but with 152nm still to go until the finish line, the team has almost come to a standstill. After covering just 33nm in the last 12 hours, Skipper Josh Stickland reported: “We are currently languishing in no breeze, surrounded by lightning strikes as they light up the night sky, giving us a glimpse of the squalls that surround us.” 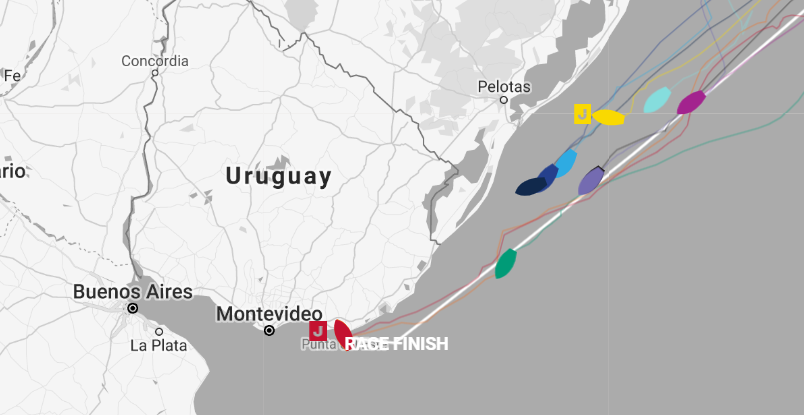 As a result of the windhole, Ha Long Bay, Viet Nam has lost almost 30nm off its lead over the fourth placed Dare To Lead in the last 24 hours. But in some good news for Ha Long Bay, Viet Nam, Dare To Lead is also struggling to find the breeze, as Skipper Guy Waites reports: “So, here we sit, some 200nm from Punta del Este, watching the lightning show across the horizon forward with a pack of hungry dogs chasing down our rhumb line for the finish.

“Not an entirely comfortable position to be in, and not made any the more so for the lack of wind. In the past 24 hours we have tried on every sail in the wardrobe (almost), from a single knot drift to a 20 knot surf!” 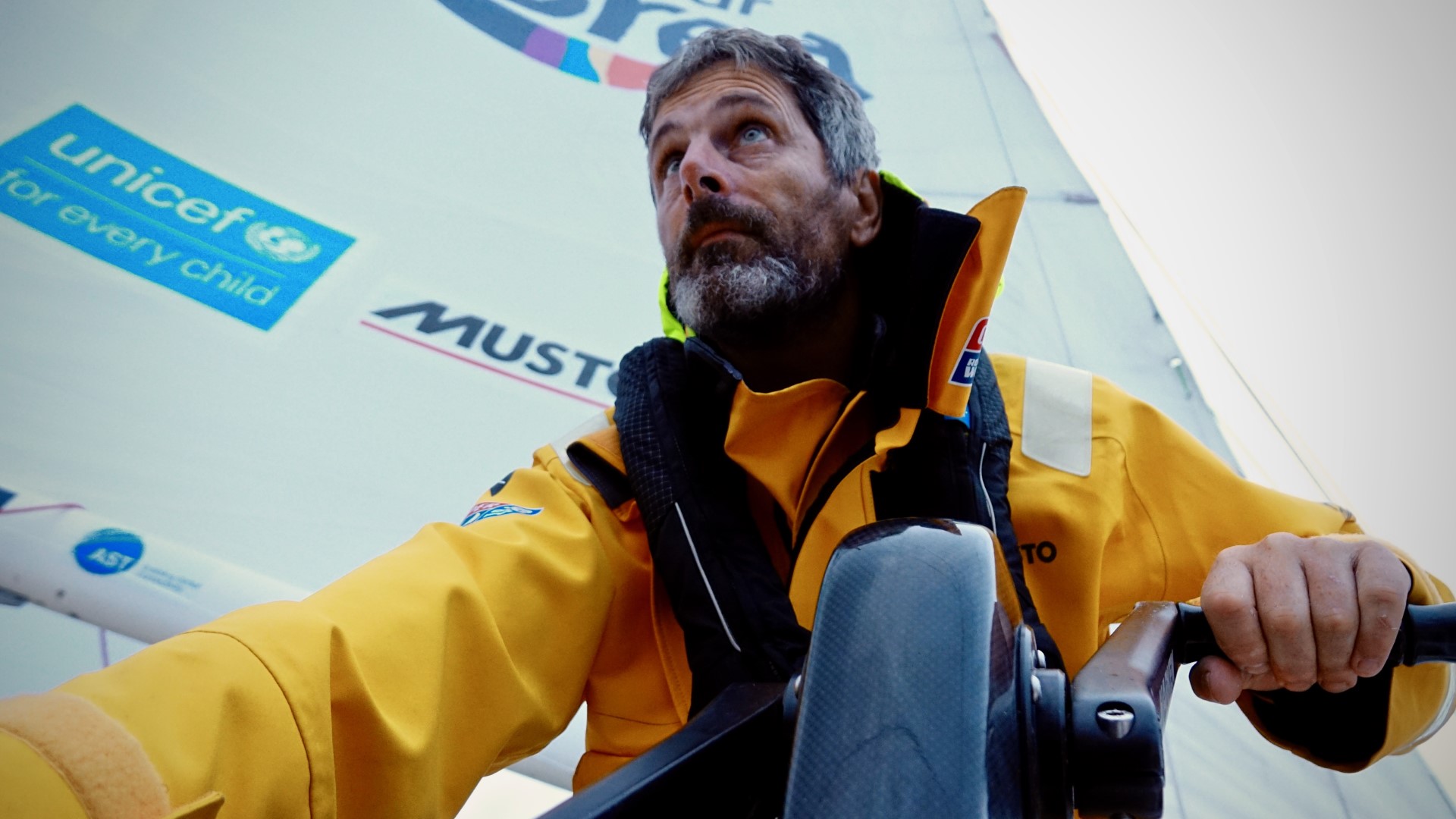 IMAGE: Brian McNealy hard at work on Imagine your Korea.

Dare To Lead’s efforts in trying to pick up the pace are not surprising, given how close the opposition is. Just 41nm currently separates fourth from eighth, meaning there is everything to play for. Ian Wiggin, Skipper of the sixth placed Unicef, comments: “What a difference 24 hours makes. This time yesterday we were charging down a steep swell, with 30 plus knots of wind behind us, with each helm competing to get the speed above 20 knots, and now we are ghosting along on a glass like sea, with the lightweight Code 1 Spinnaker up and just enough breeze to fill it.

“We are now in a dramatic six-way tussle for fourth place, which could just as easily see us finish in ninth as fourth. It will take all our concentration to fight our way the final 300 odd nautical miles that we have to go to the finish. That and some fortuitous breeze that we catch but that no-one else does!”

Keep a close eye on the Race Viewer to see how the final stages of Race 2 to Punta del Este plays out. The latest ETAs to Uruguay will also be regularly updated on the Clipper Race website.

The second Clipper Race Stopover in Punta del Este, the ‘Saint-Tropez of South America’, is set to be one to remember. For all the activities planned for both the crew and in the Fan Zone at the Yacht Club Punta del Este, see the Host Port page on the website.

Two of the three Chinese teams, Visit Sanya, China and Qingdao, who are competing in the Clipper Round the World Yacht Race, have taken the two top spots in Race 2: The Commodore's Cup to Yacht Club Punta del Este, in Uruguay.After 26 days of…