After a testing day on Friday, the Clipper Race fleet has enjoyed a more settled 24 hours in champagne sailing conditions that have allowed teams to recuperate and reset as they head towards the end of the first week at sea. However, it has also been a day of big changes on the leaderbaord as weather systems pass through and the fleet’s previous split converges.

“Everyone is just looking out for each other during the big blow, and looking after me. I’m constantly getting asked how much sleep did I get, thank you crew.”

The favourable sailing conditions have certainly worked in favour of Liverpool 2018 which is in third place, jumping up the leaderboard from sixth place yesterday. In contrast, Garmin has slipped from second place to eighth today after slowing to complete some routine maintenance. Garmin Skipper Gaetan Thomas says: “We did lose some positions but later on we will have a decent angle with the next gale coming, and we will keep pushing the same”

Good progress is continued to be made throughout the fleet. In fourth place, Qingdao has had a productive 24 hours with Skipper Chris Kobusch reporting: “we had a great day sailing with steady winds and we covered a decent mileage.”

On board fifth placed Dare To Lead, Skipper Dale Smyth comments: “Last 24 hrs have been in complete contrast to the previous 24. We have been slipping along on a flattish sea under spinnaker, closely bunched up with Visit Seattle and PSP Logistics.” 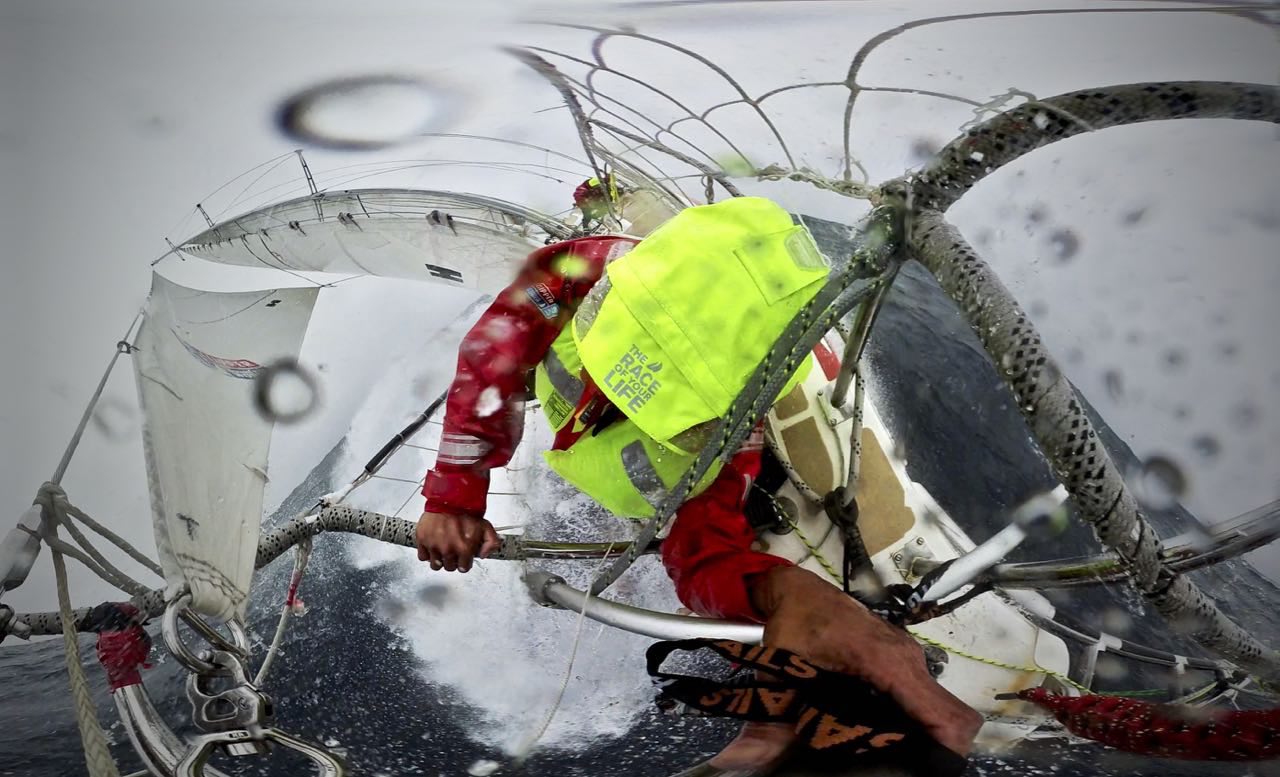 Crew welfare is similarly at the forefront of minds on board Visit Seattle which sits in sixth place. Speaking from on board, Skipper Nikki Henderson explains: “We often go around the team and each share one word to describe how we are feeling. Benno's word stood out to me (*words); "born again". It almost feels like that!

“Yesterday we put everything back together again with a complete deep clean of the boat, re-flaking of the sails, fixing a few things on deck. Whenever I've been through bad weather in the past, you always end up having these days - it's sort of a therapeutic necessity.”

Following Visit Settle is GREAT Britain in seventh place and Unicef in ninth, and on board tenth placed Nasdaq, Skipper Rob Graham sends his well wishes to diverted HotelPlanner.com. Speaking from on board, he says: “I hope HotelPlanner.com got into Port Elizabeth safely and the medevac and crew transfer went well.

“Our thoughts and best wishes go out to the wider Clipper Race family - although we are all competing, we only want the best possible outcome for the Greenings and HotelPlanner.com teams.”

Meanwhile eleventh placed HotelPlanner.com has successfully medevaced its injured crew member in Port Elizabeth and welcomed six new honorary HotelPlanner.com crew members, formally of team Greenings, on board for Race 3 as it continues on its way to Fremantle this morning.

To follow the progress of the Clipper Race Fleet during Race 3: The Dell Latitude Rugged Race, keep an eye on the Race Viewer. All positions were correct at time of publishing.

UPDATE - SUNDAY 05 NOVEMBERHotelPlanner.com has departed Port Elizabeth after a successful medevac of round the world crew member, Greg Adams (59), who had a suspected fractured arm. The team was met by Clipper Race officials including Deputy Race Director, Tom Way, and Race Office…

It has been a testing 24 hours for the Clipper Race fleet as it made its way through relentless upwind storm conditions yesterday.Sanya Serenity Coast has retained its lead again today, which it has held since leaving Table Bay on Tuesday, but its advantage over…