With under 200 nautical miles (nm) left to Sydney, but with under five nautical miles separating leaders Qingdao with Sanya Serenity Coast and Visit Seattle, in challenging winds,teams are set for a truly nerve-wracking drag race conclusion to Race 4: The ClipperTelemed+ Tasman Test.

Qingdao Skipper Chris Kobusch says: “We are less than 200nm away from Sydney Heads, but unfortunately the wind is coming directly from where we want to go. Therefore, our progress is slow, oh so slow.

“Currently we are sailing at around 5 to 6 knots in about 20 knots of breeze. Luckily Sanya Serenity Coast and Visit Seattle are facing the same problem and it has been a cat and mouse game, with little gains here and little losses there. It is like racing around the cans. The only difference being we already raced for over 2500nm and the race around the cans is another 200nm long.

It is slightly nerve wrecking and exhausting for us, but probably fantastic to watch on the Race Viewer at home. So far we managed to stay ahead of Sanya Serenity Coast and Visit Seattle but any small mistake or tactical error can cost us our lead.” 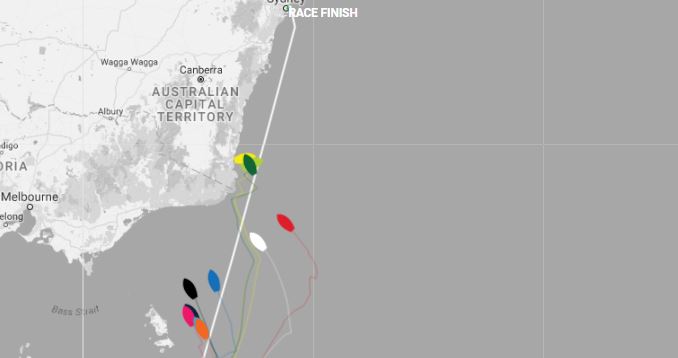 Sanya Serenity Coast Skipper Wendy Tuck, from Sydney, is just 2nm behind Qingdao at the time of reporting. She says: “Give me big mountainous seas any time, this drag race with Visit Seattle and Qingdao to the finish line is the most stressful part of the race.

“We have less than 200nm to go, if we could sail in a straight line, but of course sailing is the world’s silliest sport and we can’t. We are having to zig and zag our way up the coast. It is a nice coast but I would rather just pass it in a straight line.” 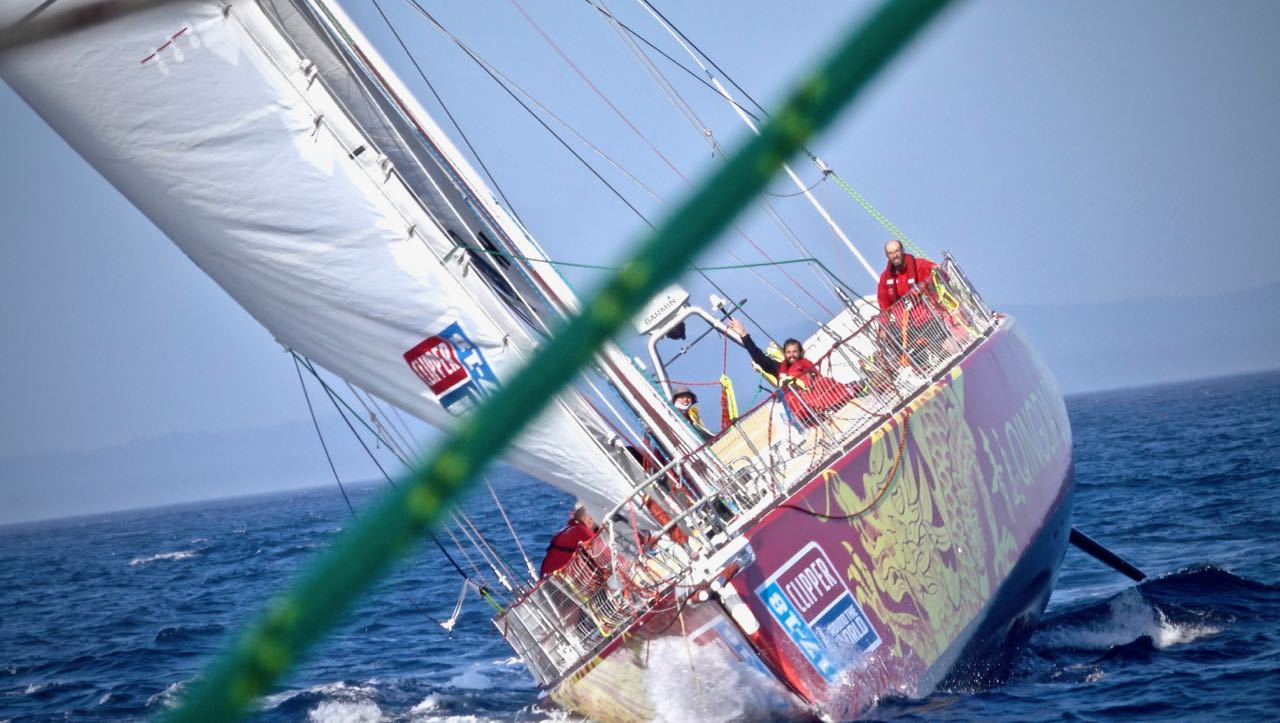 It looks like the battle for the podium is now just out of PSP Logistics’ reach. Visible again after its Stealth Mode expired, Skipper Matt Mitchell, who is just over 60nm behind third place says: “We had a plan to head further east to see if we could hook into some favourable current to bring us in to Sydney. At first this looked like it was going to pan out quite nicely but the wind started to do some unexpected things, meaning we just couldn't get out there.

“We are resigning ourselves to this now and any hope of catching the front runners is pretty much gone, I think.”

Throughout the rest of the fleet, valuable leaderboard positions are still to play for as the game of Snakes and Ladders continues to Sydney. After eleven days of racing, Dare To Lead holds fifth position, Unicef takes sixth and Garmin follows just 23nm behind in seventh place. 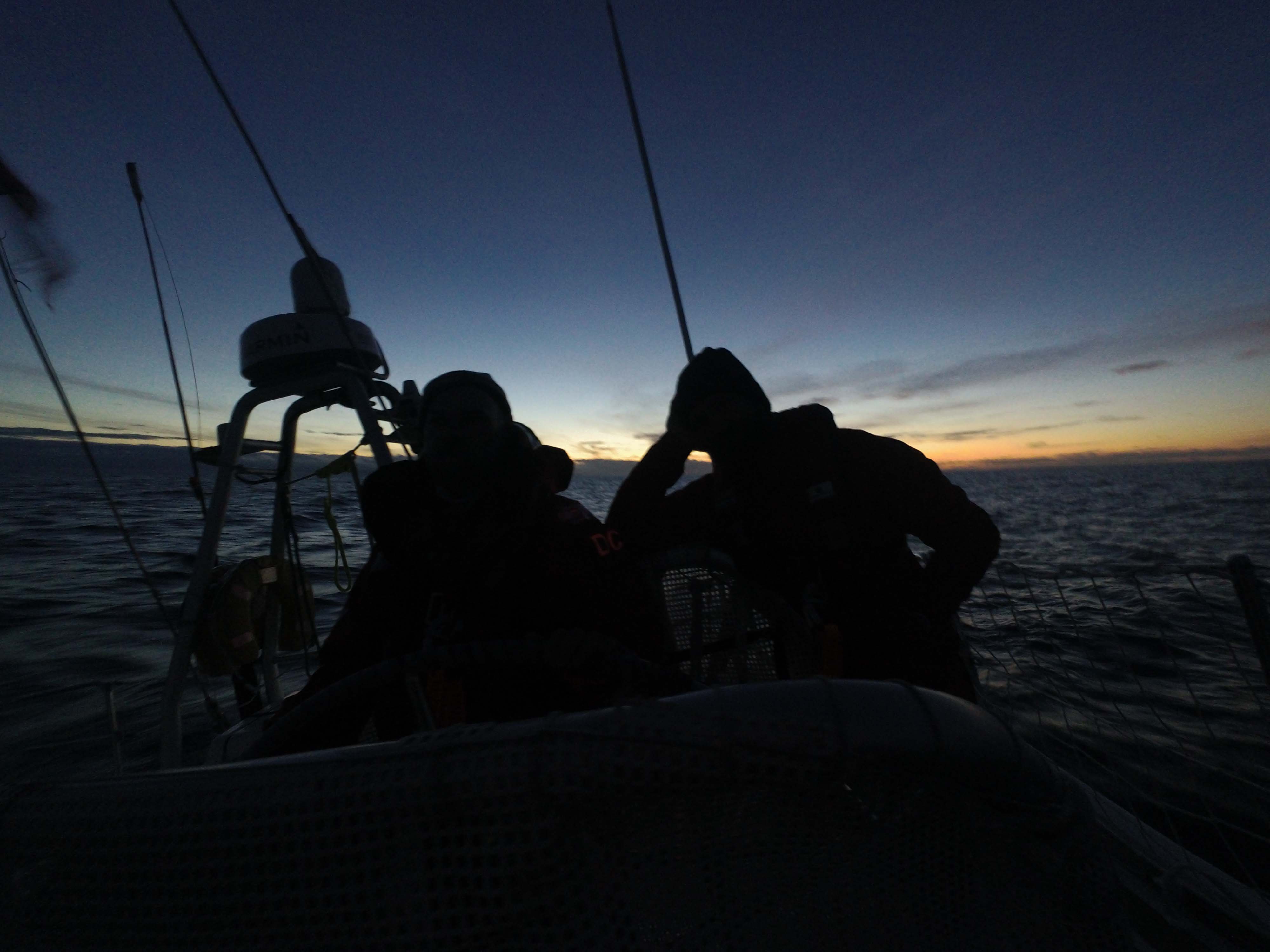 Photo: Dare To Lead makes its way to Sydney.

Despite making good progress earlier in the day, HotelPlanner.com, currently in tenth, is struggling to keep up with nearby GREAT Britain, in eighth, and Liverpool 2018, in ninth place, making just 60nm progress over the last 24 hours compared with 79nm and 74nm from its closest competition. Skipper Conall Morrison says: “Last night we saw GREAT Britain and Liverpool 2018 begin to slow ahead of us and a smart hoist of Yankee 1 and drop of the code 1 (lightweight) spinnaker saw us make up some miles on them.

“However, they tacked away from shore early this morning and we slowed down, losing that hard-fought ground by not tacking with them. We appear to have adverse current, but it is giving us a better angle to the wind. I can only guess that Liverpool 2018 and Nasdaq are a little further offshore.”

Nasdaq is currently the only team in Stealth Mode and is striving to build on its good progress made yesterday. Skipper Rob Graham commented: “We now seem to be clear of the light patch in the lee of Tasmania, and the wind has held favourable for us so far - I’m touching wood as I type!

“Both watches did well to maintain speed and direction overnight, and morning found us still within sight of GREAT Britain. The racing is still very close - we have GREAT Britain., Hotelplanner.com, Liverpool 2018 and now Garmin all within AIS range, all making similar course and speed, which keeps everybody focused on squeezing the last few fractions of a knot from the boat.”

With the finish line nearly in sight for race leaders, the final hours of the ClipperTelemed+ Tasman Test will see an intense battle play out as teams enter Sydney Harbour.

It’s been another busy day for the fleet as teams zigzag north to the Sydney finish line trying to avoid the windholes, with some teams far more fortunate in the game than others. Qingdao leads the fleet for the third consecutive day and also picked…

Following a week of close racing in the Southern Ocean, Clipper Race teams are getting more tactical as the race leaders approach Waypoint Mitchell, south of Tasmania, and prepare to head north to Sydney.The eighth day of Race 4: The ClipperTelemed+ Tasman Test has seen…