Dare To Lead has crossed the finish line into Fremantle this morning at 10:07 UTC and the team to claim seventh place in Race 4: Marlow Southern Ocean Sleigh Ride. The team clinched victory in the mini-match race that was raging between nearest challengers Seattle with Skipper Guy Waites, First Mate (AQP) Hugues Stellio and all the Dare To Lead crew leading celebrations on arrival.

The competition has been fierce between Seattle and Dare To Lead during 4,750 mile-long race and reporting on the final day Guy, Skipper of Dare To Lead, said: “At the last sched we had extended over our match race rivals aboard CV22 Seattle by 70 nautical miles, a more comfortable position than we had imagined following the mixed fortunes of the windhole but we won't drink all the beer... honest!” 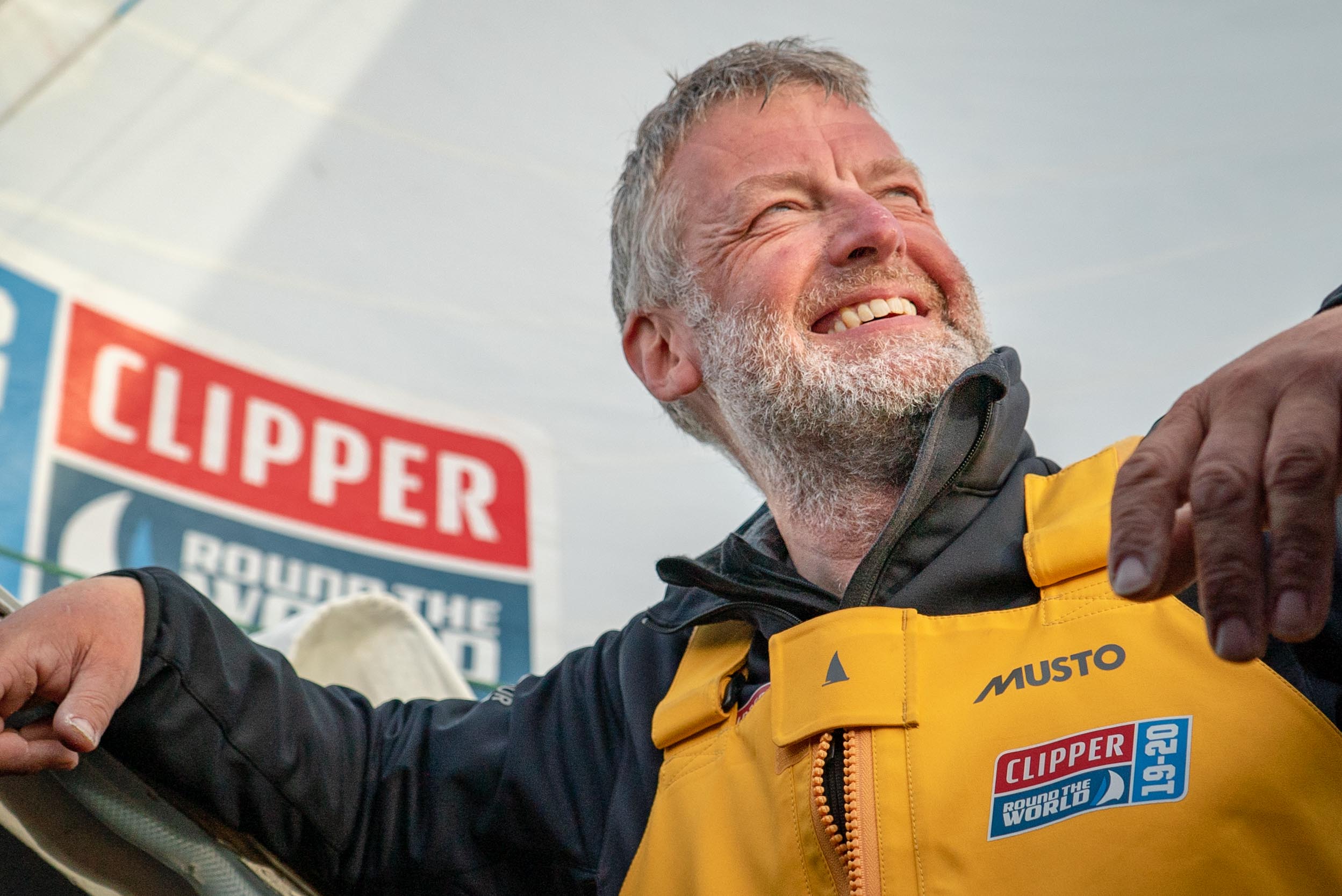 Image: Taken by Maeva Bardy on board Dare To Lead

A warm welcome awaits Dare To Lead in Fremantle and Guy and the crew are looking forward to the hospitality: “We are preparing ourselves for ‘civilisation’ and of course the Fremantle Sailing Club's famous sausage sizzle!”

Seattle is now closing in on the final stages of its race to the finish line. Since leaving Cape Town, South Africa, 24 days ago, the team has faced all that mother nature can throw at them and are on the brink of completing this epic crossing, scheduled to arrive in the early hours of Thursday morning local time.

Skipper of Seattle, David Hartshorn, said: “The team should be proud of their achievement, they have just crossed one of the most remote places on the planet. They have all logged in excess of 5,200nm, experienced F9 winds with gusts even higher and seen nine metre waves. Much of these things many yachtsman or women will never see in their life, let alone experience for a number of days in a row.” 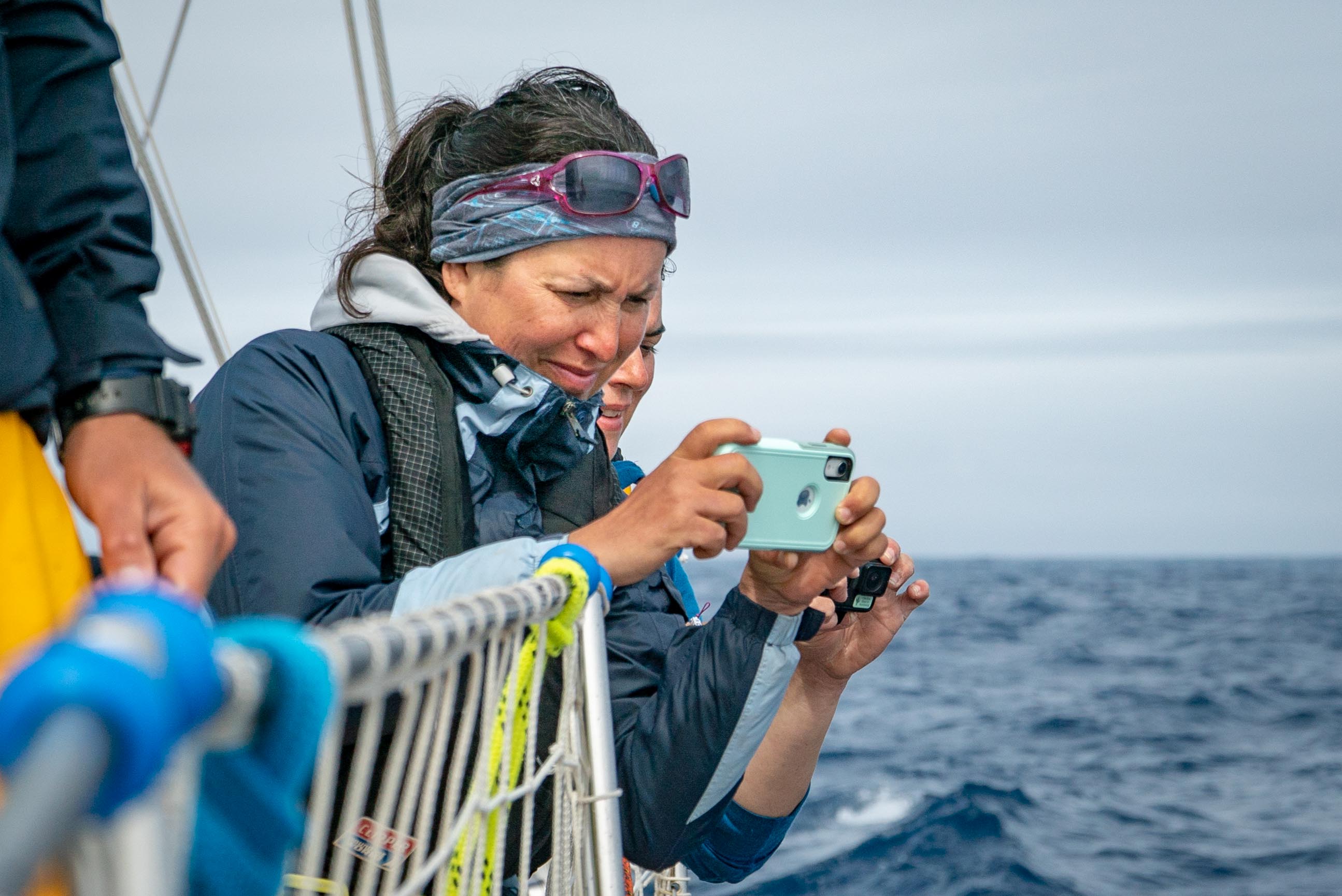 Image: Taken by Maeva Bardy on board Dare To Lead

Elsewhere in the fleet Unicef, Punta del Este and Visit Sanya, China are experiencing a break in the low pressure weather they have been experiencing. Seumas Kellock, Skipper of Visit Sanya, China reports: “What a difference a day makes. This time yesterday we were hammering along with 60 knots winds with waves that sounded like they would break the boat in half, but today we are struggling with six knot winds and a horribly lumpy sea state left over from the storm.”Image:

A landmark moment for the teams as all left racing have under 2000nm to go until Fremantle. Seumas added: “We are just about to break the 2000 miles to finish mark, which seems like a long way to go but if we can do the last 2000 as fast as the first then we’re having a good day at the office.”

With another milestone ticked off the list up next is the all important Dell Latitude Rugged Ocean Sprint where bonus points are still up for grabs. Keep an eye on the Race Viewer to keep track of the racing fleet and check out Facebook: LIVE to watch Dare To Lead and Seattle arrive into Fremantle Sailing Club.

Highly experienced sailor Rich Gould will take over as Clipper Race Skipper of WTC Logistics, to lead the team from…

Another day brings another new arrival into Fremantle, Australia. This morning it was Zhuhai’s turn to feel the exhilarating rush of crossing the finish line. Completing Race 4 in sixth place and they did so in scorching style at 0600 UTC this morning.Congratulations to Skipper,…

And then there were six!Following the nail-biting race for Race 4 podium positions over the weekend, arrivals continued into Fremantle…