The three remaining Clipper Race teams are in the final days of the Marlow Southern Ocean Sleigh Ride, the distance now to finish is under 500nm to Fremantle for each. As their destination grows ever closer, the skippers of Punta del Este, Unicef and Visit Sanya, China are focusing their efforts on a speedy arrival, boat organisation and setting their game plan ahead of Race 5.

The weather continues to test the character of the teams and demonstrates how quickly conditions at sea can change. Visit Sanya, China Skipper, Seumas Kellock, explains: “The leg is not over until you’re tied up quayside and the crew definitely discovered that this morning.

“The conditions, although cloudy, were pleasantly warm and it was easy sailing in 18 knots of breeze. We were expecting the front to come sometime in the next four hours but it arrived slightly earlier than expected, quickly the wind increased from 18 to 36 knots and put us straight on our side.”

In situations such as this, the crew is required to react quickly as a team to overcome the challenge, Seumas added: “We managed to get her up right and reduced our sail area, down with the Yankee 2 and down to the second reef. Then as quickly as it had arrived it moved over us and were back up to the original sail plan.”

Meanwhile, conditions are warming on board Unicef and planning for the next chapter begins. Refresher training for the new crew joining Unicef has taken place in Fremantle and Skipper Ian Wiggin commented: “We are thinking of our Leg 4 joining crew as they embark on their refresher sail with Ha Long Bay, Viet Nam. Thank you to Josh, Hugo and crew for accommodating our team and making them feel welcome.”

Unicef will embark on Race 5 on 24 December at 1500, along with Punta del Este and Visit Sanya, China and Skipper Ian Wiggin contemplates his intentions for the next leg: “We have set ourselves ambitious goals for the year and next race we will be looking for a turn around in our fortunes - hungry to record a fast time.”

Life on Punta del Este is equally as busy, as crew prepare for their arrival into Fremantle. Skipper Jeronimo Santos Gonzalez comments on all their efforts: “While sailing to make a good arrival time, we are preparing the yellow boat for the start of Leg 4 (Fremantle to Whitsundays).”

Crucial yacht maintenance and passage planning is also taking place, Jeronimo said: “There is a list of maintenance issues that we fix on board with the tools we have, others need to be completed at the next stopover because of parts or tools required... We need to complete a passage plan for the next race, prepare our tactics for the upcoming leg.” 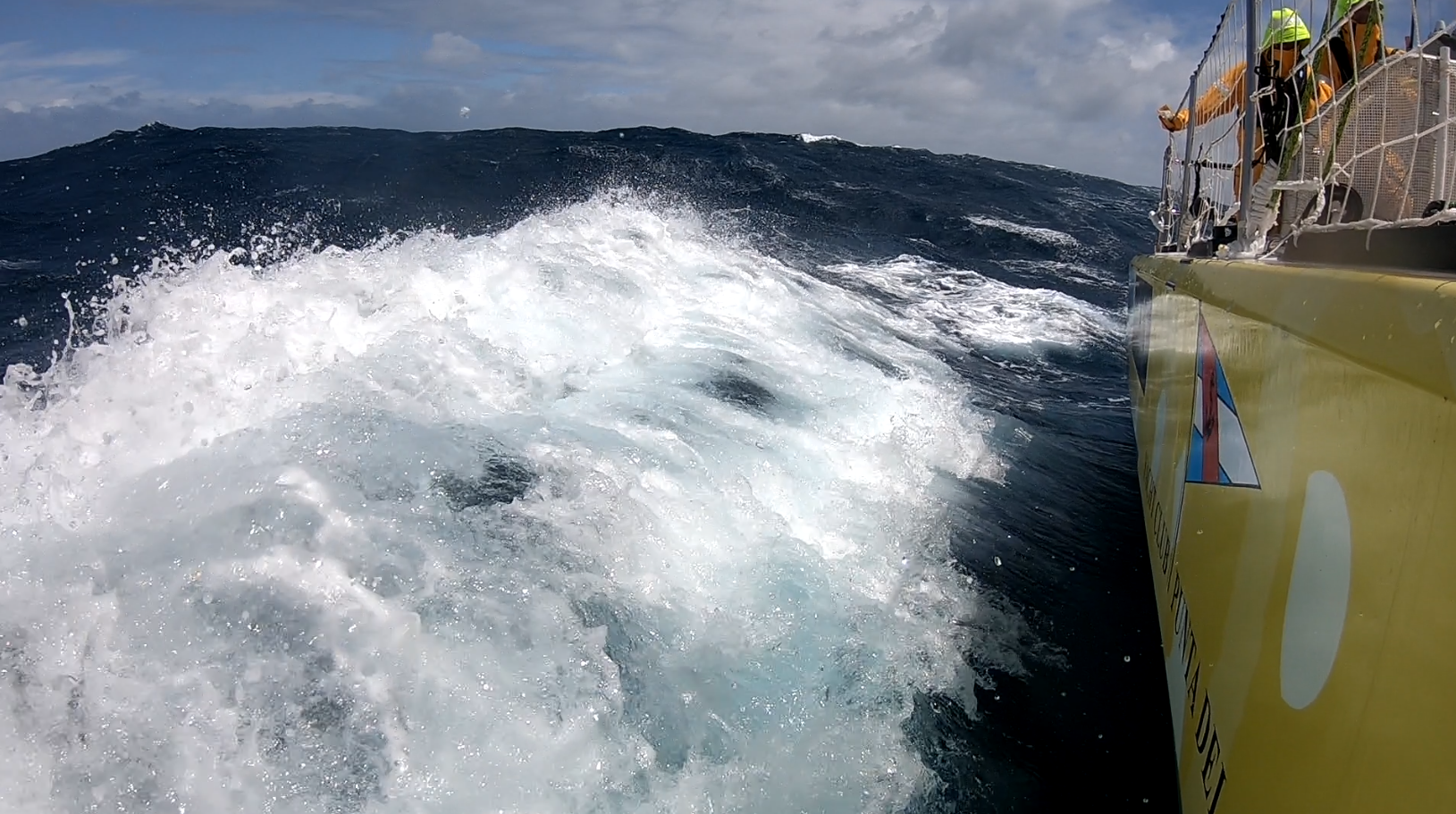 The test of character, the varying experiences and tactical planning for the future, is what makes the Clipper Race such a compelling adventure. As Race 4 reaches its conclusion, excitement is building for supporters and crew, shore-side in Fremantle, in anticipation for the final three arrivals and they don’t have long to wait! Punta del Este is set to arrive Thursday 19 December between 1600-1900 local time with Unicef and Visit Sanya, China estimated to arrive a day later on Friday 20 December.

Follow their progress on the Race Viewer and make sure you’re tuned into the Clipper Race: LIVE Facebook page, to witness the welcome as they arrive, and send a message of support. It is likely to be be a jubilant and enthusiastic celebration as all eleven teams are reunited!