Merry Christmas! On day three of Race 5: The Whitsundays, Heart of the Great Barrier Reef race, the Clipper 2019-20 Crew have been celebrating Christmas at sea. 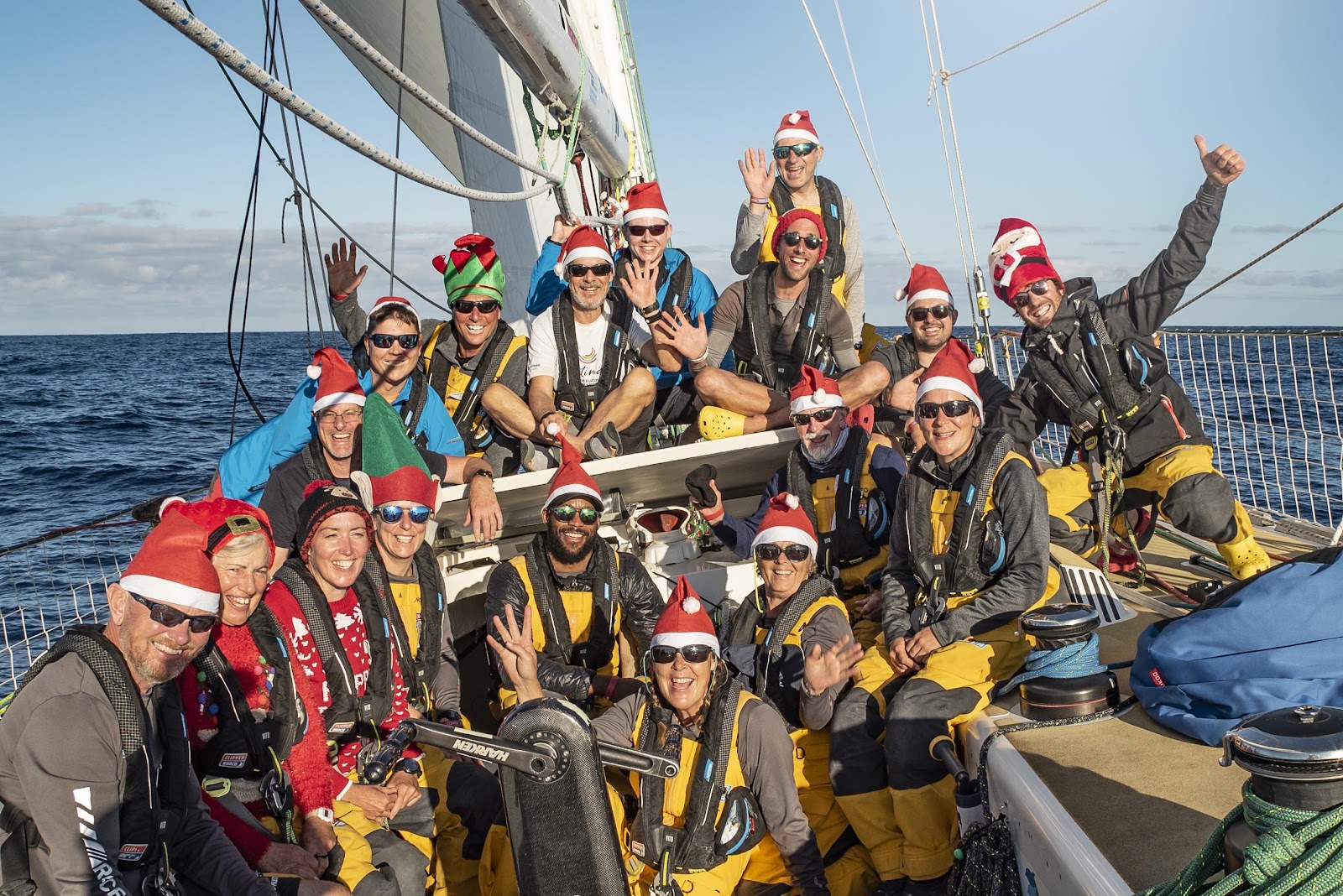 Each team has been celebrating in their own way, with Zhuhai Skipper Nick Leggatt saying: “Aboard Zhuhai we have celebrated the day with a fantastic buffet meal, complete with mince pies and eggnog (alcohol free!), as well as sliced turkey and many of the other trimmings that one would expect! For all of the northern hemisphere crew members (which is most of the team), it has been quite unusual to spend Christmas basking in the sun on a calm and windless ocean, but nobody is complaining (except about the lack of wind!)” 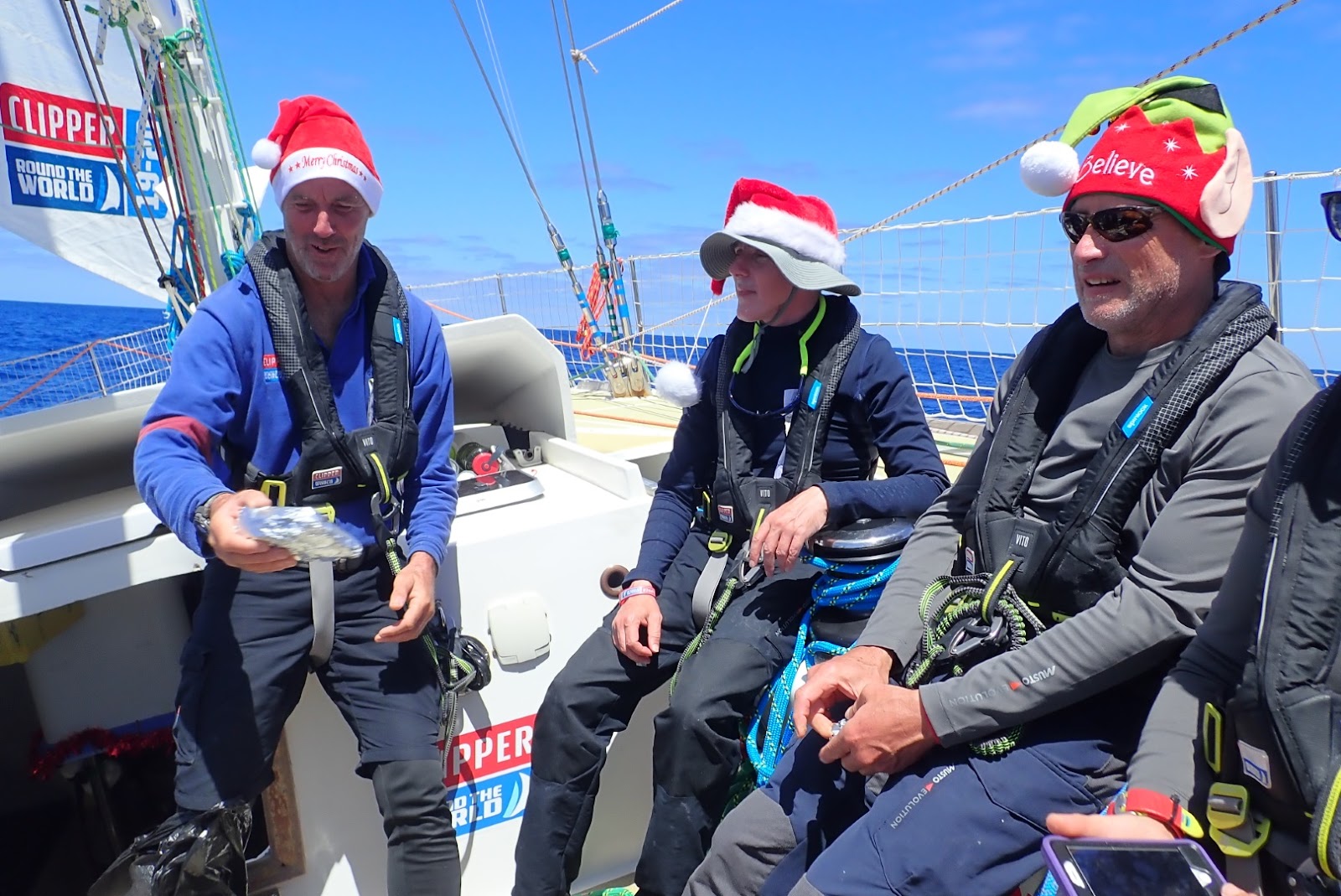 On board GoToBermuda, the yacht is festooned, with Skipper David ‘Wavy’ Immelman reporting: “Well, we might not have a Christmas tree on board, but Heather and her team have done a job below deck and made the entire boat into a Christmas tree. Tinsel, hanging things, shiny things everywhere. The beanies have been traded in for Santa and elf hats and the crew are in a festive mood. The food has started with Christmas flavoured scruffians, which Callum made before his watch and the lunch has been defrosting ready for the oven!” 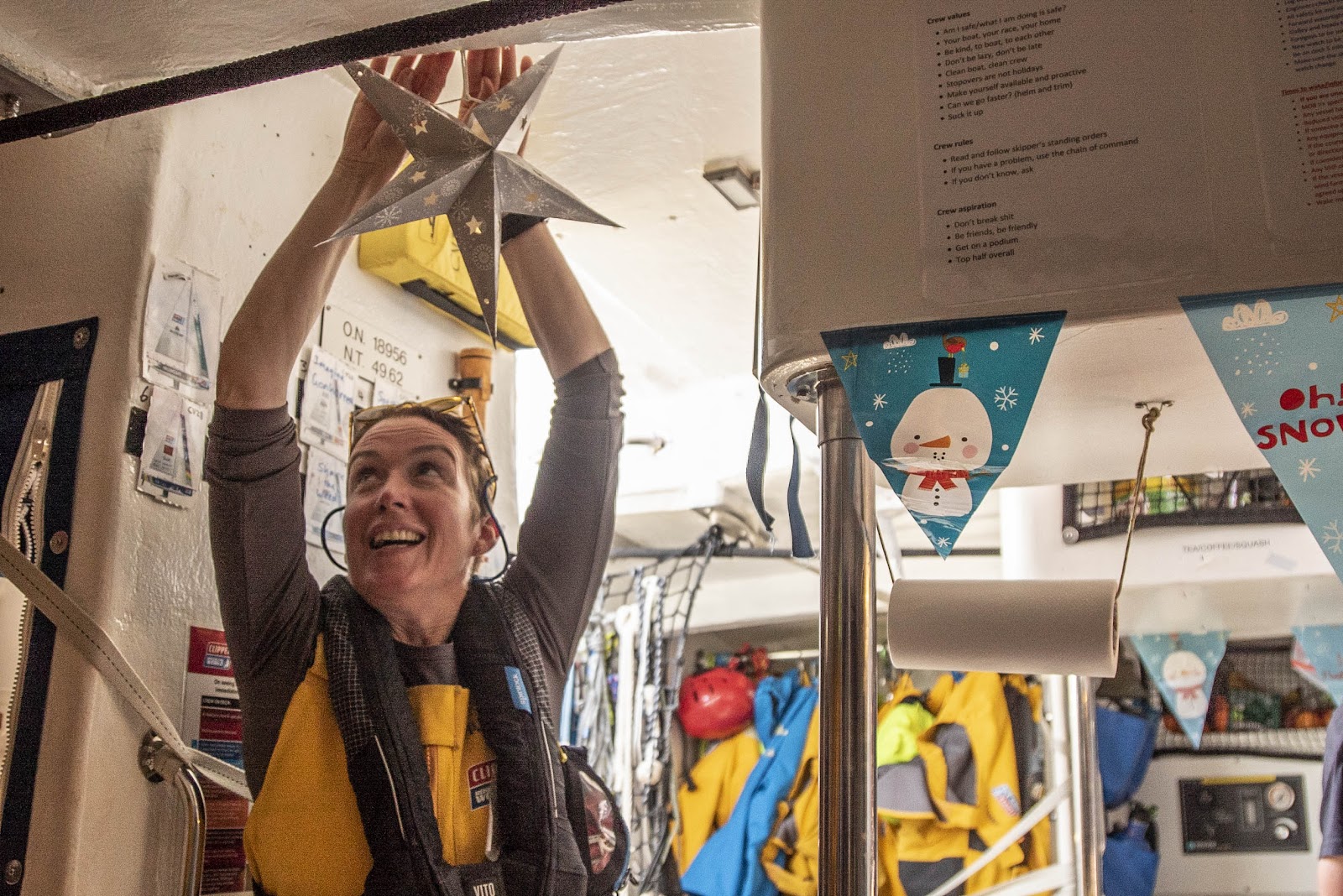 The Unicef team is very happy to be back racing, after departing 48hrs behind the first eight with Punta del Este and Visit Sanya, China. Skipper Ian Wiggin said: “It is great to back out racing! Not quite 'round the island' this time but we will be sailing around a pretty good chunk of this island they call Australia. What a great way to be spending Christmas. Out here loving life, in good company, and with perfect conditions. I could not wish for anything better.” 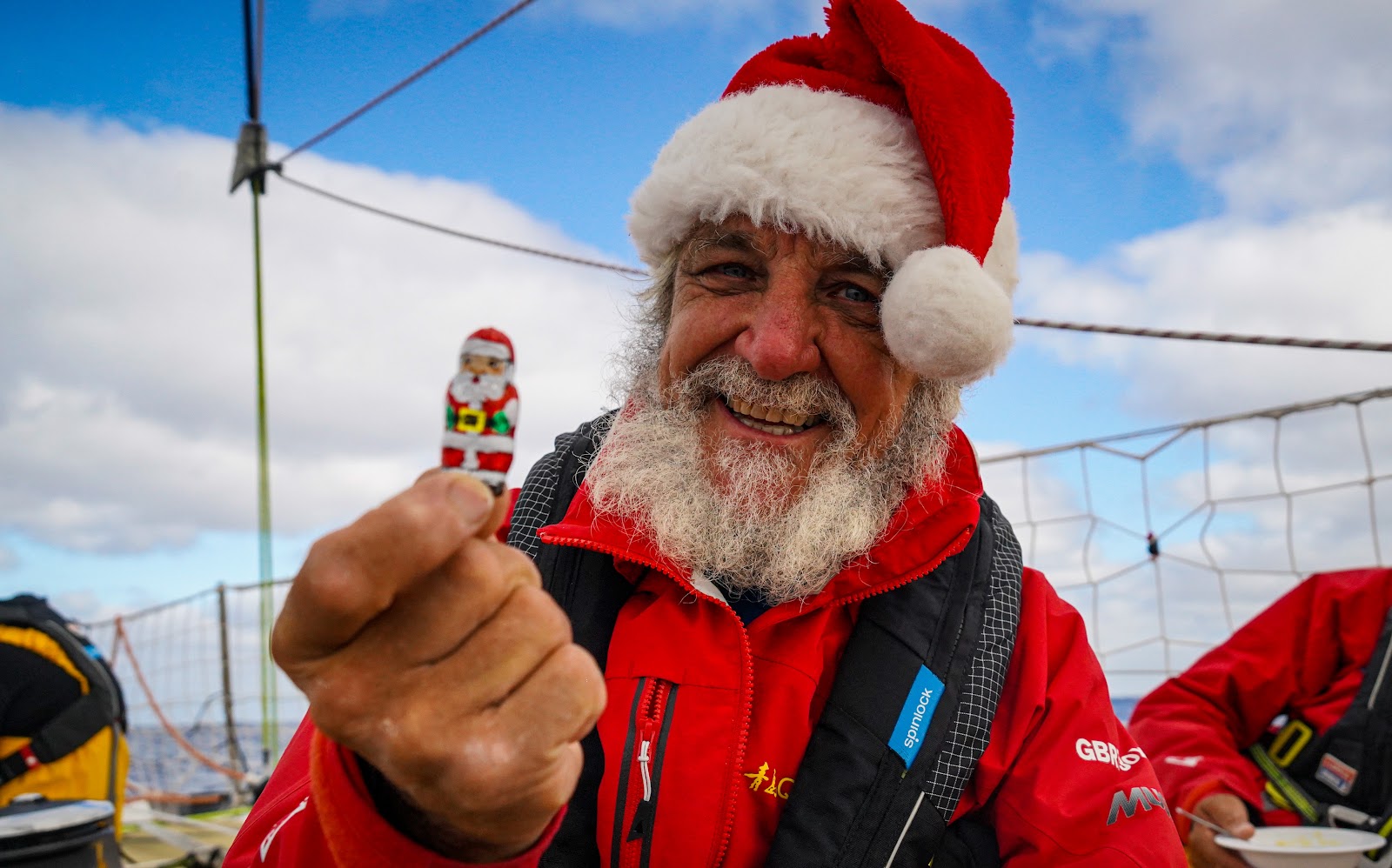 “It's Christmas Day although it doesn't feel very Christmassy down here, we have a Christmas tree with a koala climbing on it, some decorations under the boom, the temperature must be over 20 degrees celsius and some albatrosses are flying around us.” Said Seumas Kellock, Skipper of Visit Sanya, China. 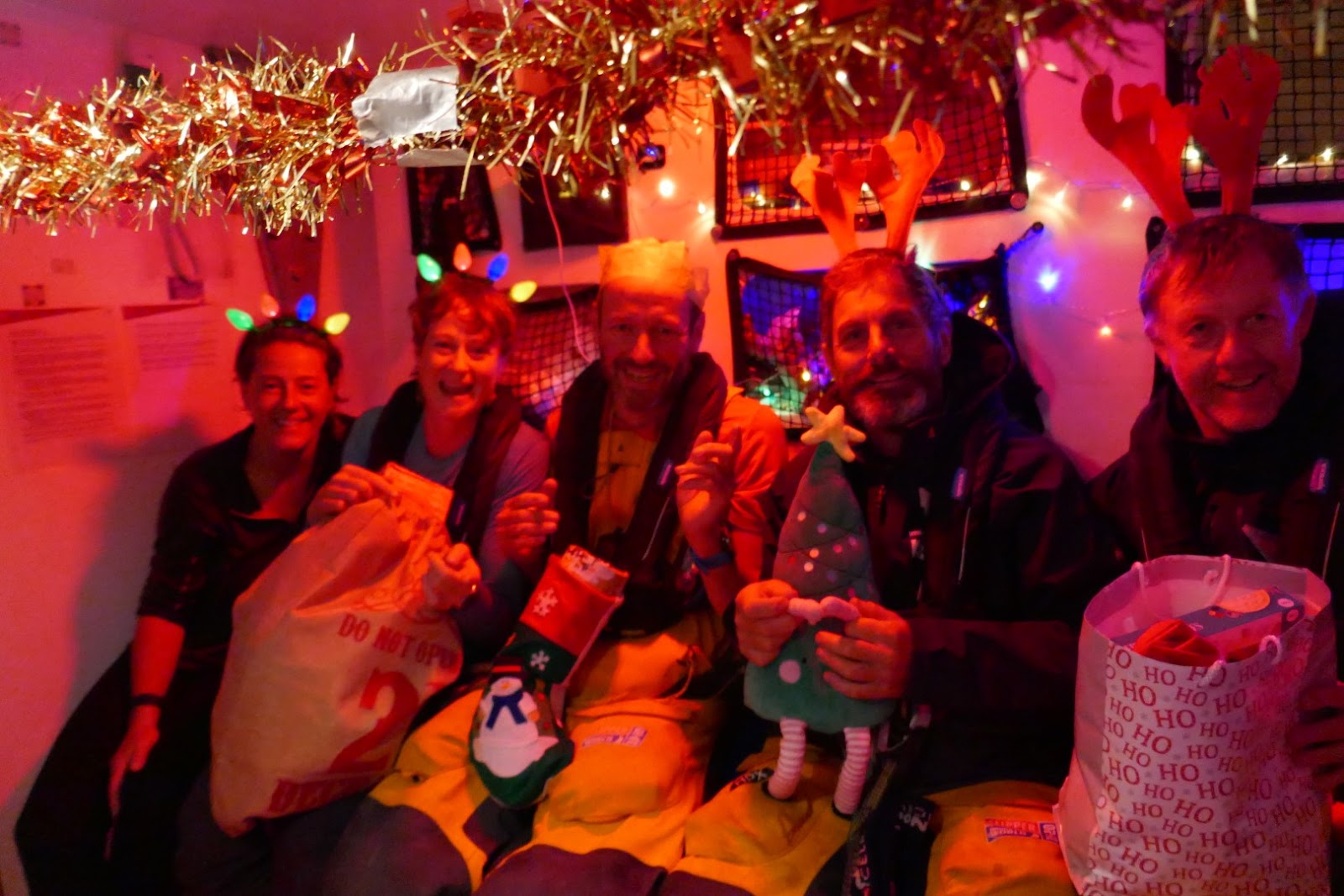 Imagine your Korea skipper Rob Graham signed off with an important message: “Finally, a request that those of you reading this in safety and comfort remember that Unicef helps thousands who aren't so fortunate. The Clipper Race Charity Partner does amazing work around the world, and is collecting donations via Justgiving, which can be linked to each boats total raised.”

Have a wonderful day, however you are celebrating. Swap tracking Santa’s journey for the fleet’s journey via the Clipper Race Viewer.

And finally...a big Merry Chrismas from all the Skippers and AQPs… 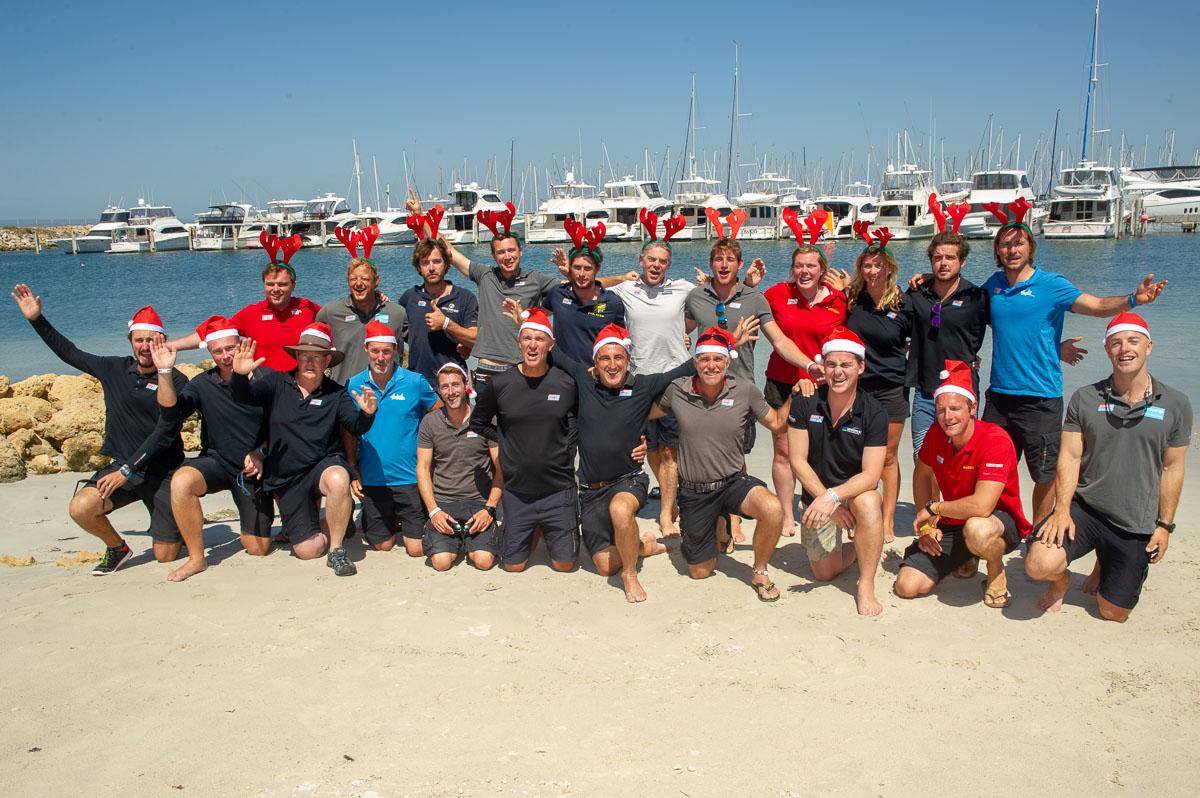