On the fourth day of Race 5: The Whitsundays, Heart of the Great Barrier Reef, spirits are high as the fleet reflects on the unique festive celebrations on board. Normal racing business has resumed as tactical decisions come into play with the first yachts in proximity of the scoring gate.

For most, calm conditions have allowed an array of gift-giving, festive-attire, nap-inducing feasts and games on board. 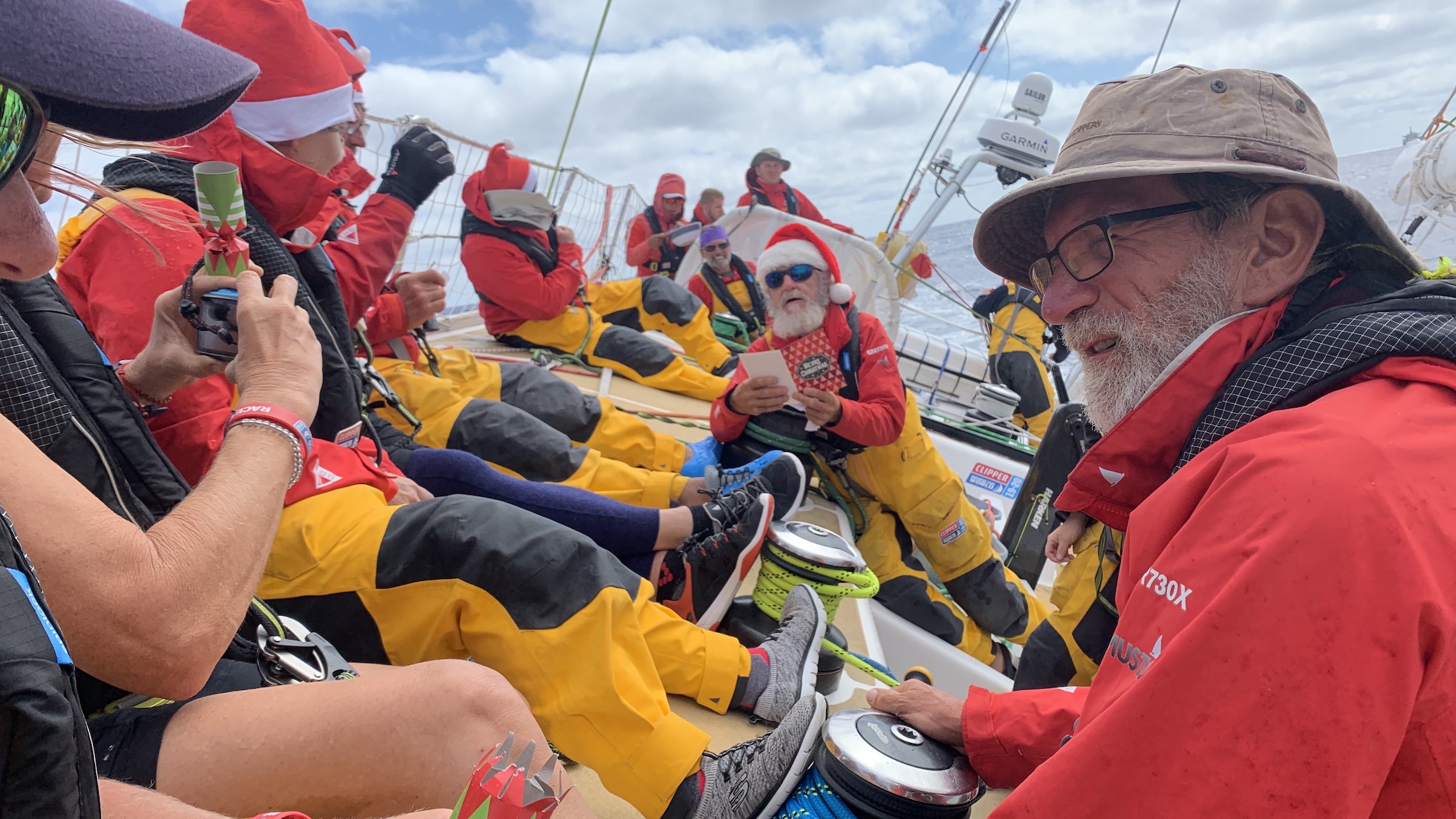 Most-enjoyed on board was the messages and well wishes received from team supporters back home. 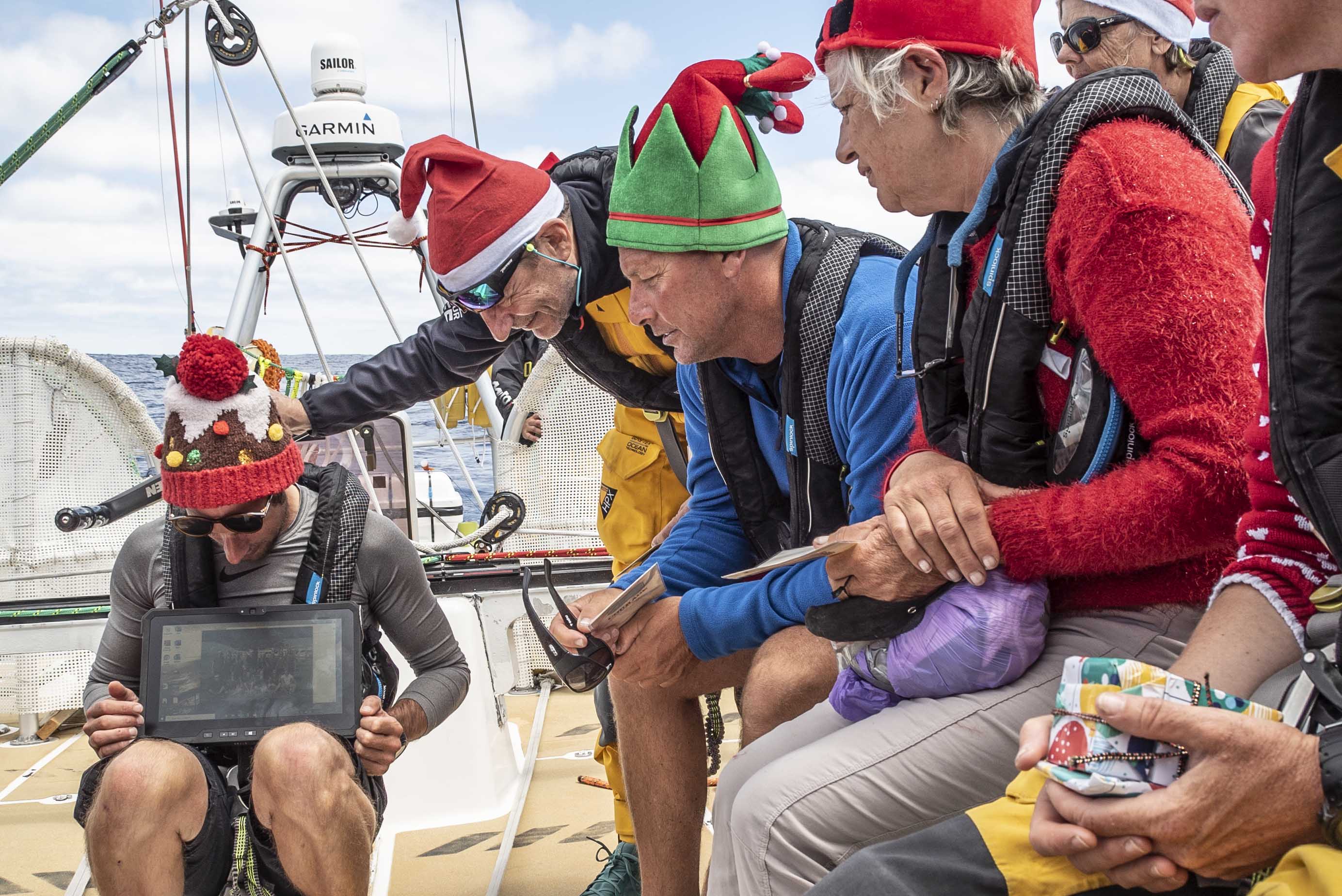 Jeronimo Santos Gonzalez, Skipper of Punta del Este commented: “It was lovely to see our loved ones wishing us "Merry Christmas" in the middle of the ocean.”

On the racing side of proceedings, the teams have been split in their decision whether to head directly for the scoring gate, for bonus points, or push further north to make better time under the threat of the three teams racing on elapsed time.

Currently in fifth place, Imagine your Korea’s Skipper Rob Graham said: “Since we trickled out of our windhole, Imagine your Korea has been pushing hard with Zhuhai for the scoring gate - we could usually see the yacht on AIS and occasionally visually. Having another boat so close has focussed everyone's mind on helming straight and trimming often for best possible speed. A side effect of all that food yesterday is that crew balancing the boat by sitting on the high side were more effective than usual.” 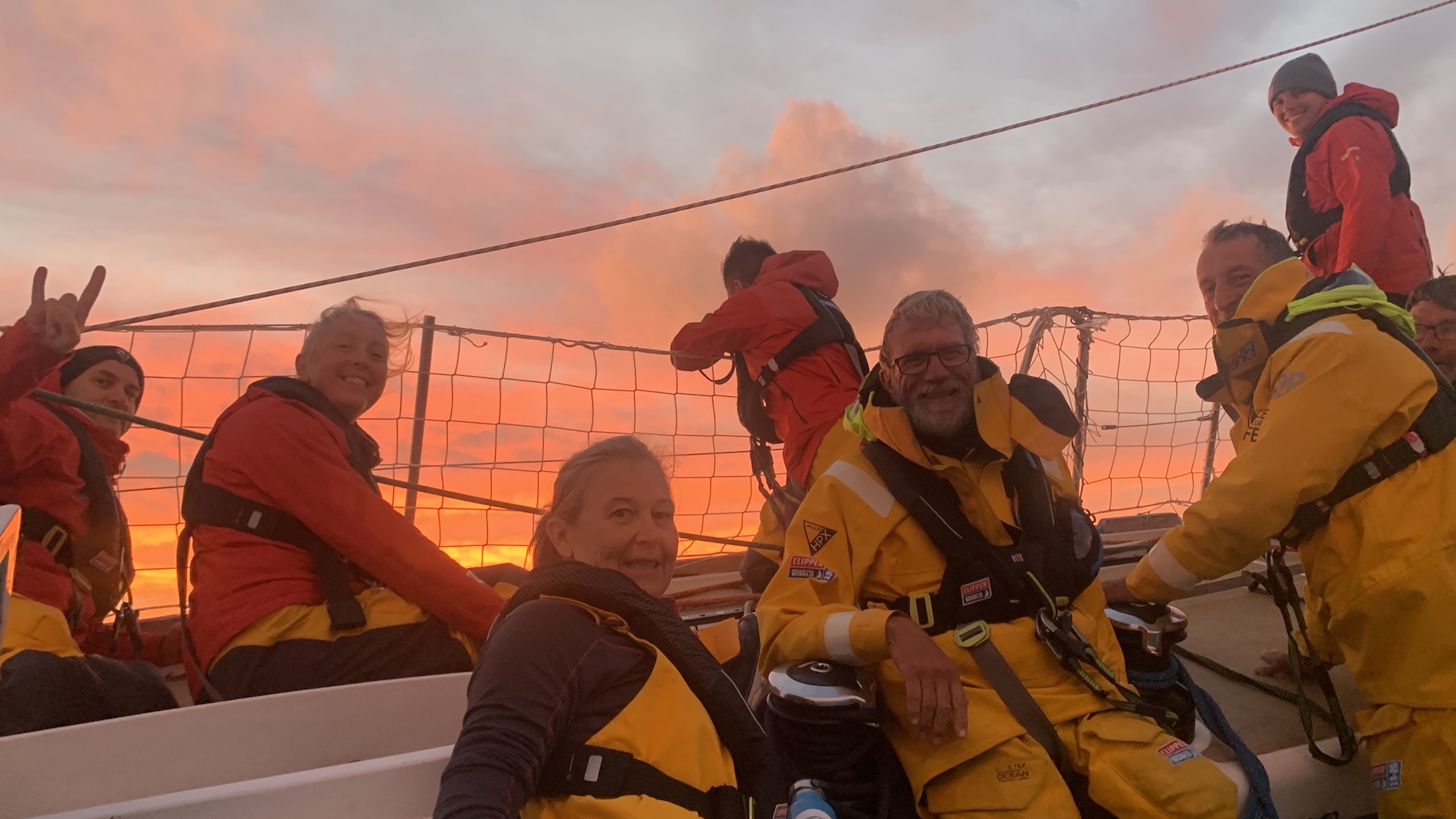 On board Qingdao, currently third on the leaderboard, Skipper Chris Brooks reported: “The racing has been tough. Our initial decision to run toward the scoring gate from the northwest was abandoned when we made an assumption that the chaser boats would beat us on elapsed time cost us a great deal and in hindsight maybe we should have continued on with that plan. It appeared after deciding to abandon the scoring gate that a coastal route was favoured with a backing breeze that would lift the new port tack to take us oncourse for Tasmania.”

Looking forward, the wind is forecast to pick up for the teams who have been experiencing the lighter winds at the front of the fleet.

Guy Waites, Skipper of Dare To Lead says: “With the first of the Southern Ocean depressions rolling in from the west we should soon be down wind code sailing, hopefully signalling the end of our wind hole wriggling.”

Whilst Zhuhai’s Skipper Nick Leggatt reports: “This time yesterday, we were sailing slowly under full Mainsail and Windseeker in near calm conditions, but soon after lunch we changed the latter sail to the Yankee 1 and later hoisted the Staysail. This morning the breeze has filled in from ahead and we did a quick change to Yankee 2 to get ahead of Imagine your Korea. It seemed to pay off. This evening we expect the wind to back, so that we finally get some downwind sailing. All the team is looking forward to that!” 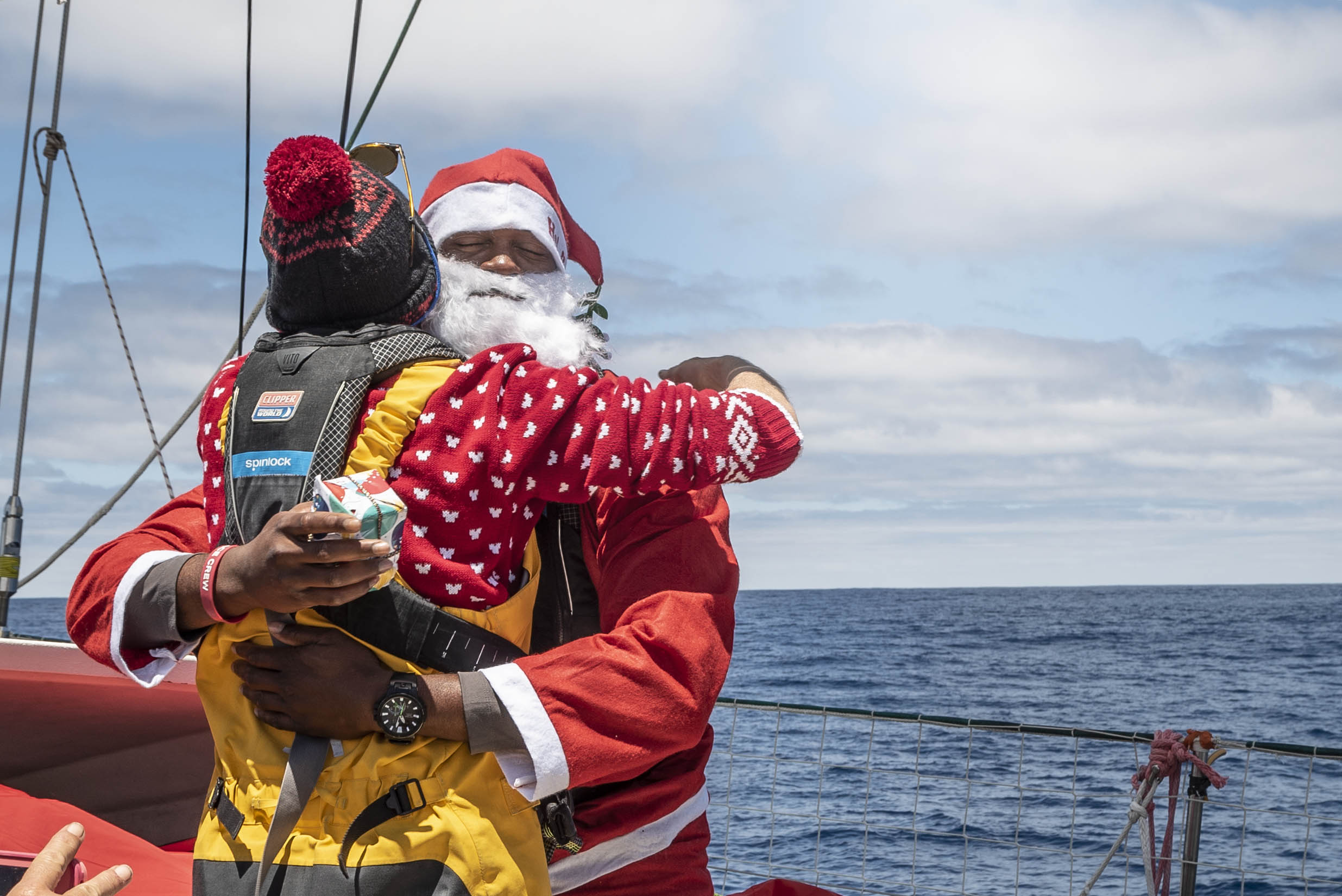 On board Unicef, Skipper Ian Wiggin commented: “Although the calmer weather is great for our festivities, it isn't so great for the racing. We are making solid progress, now almost exactly in the right direction, but have a way to go to catch the boats in front.”

He continued, “With some great wind forecast to blast us to the bottom of Tasmania, and so many tactical decisions up the East coast, there are plenty of opportunities available to win back lost ground and find our way ahead.”

With a lot of decisions being made, and the majority of the 3,400nm route yet to tackle, see how the fleet is looking on the leaderboard in the early stages of the race, via the Race Viewer.