The fleet has travelled some 3,000 nautical miles since leaving the Whitsundays, many of the teams are still racing remarkably close, enjoying a spot of competitive match racing amongst one another. The trade winds have brought speedy sailing conditions and with that, swift sail changes which in itself brings challenges in this ocean-racing game. 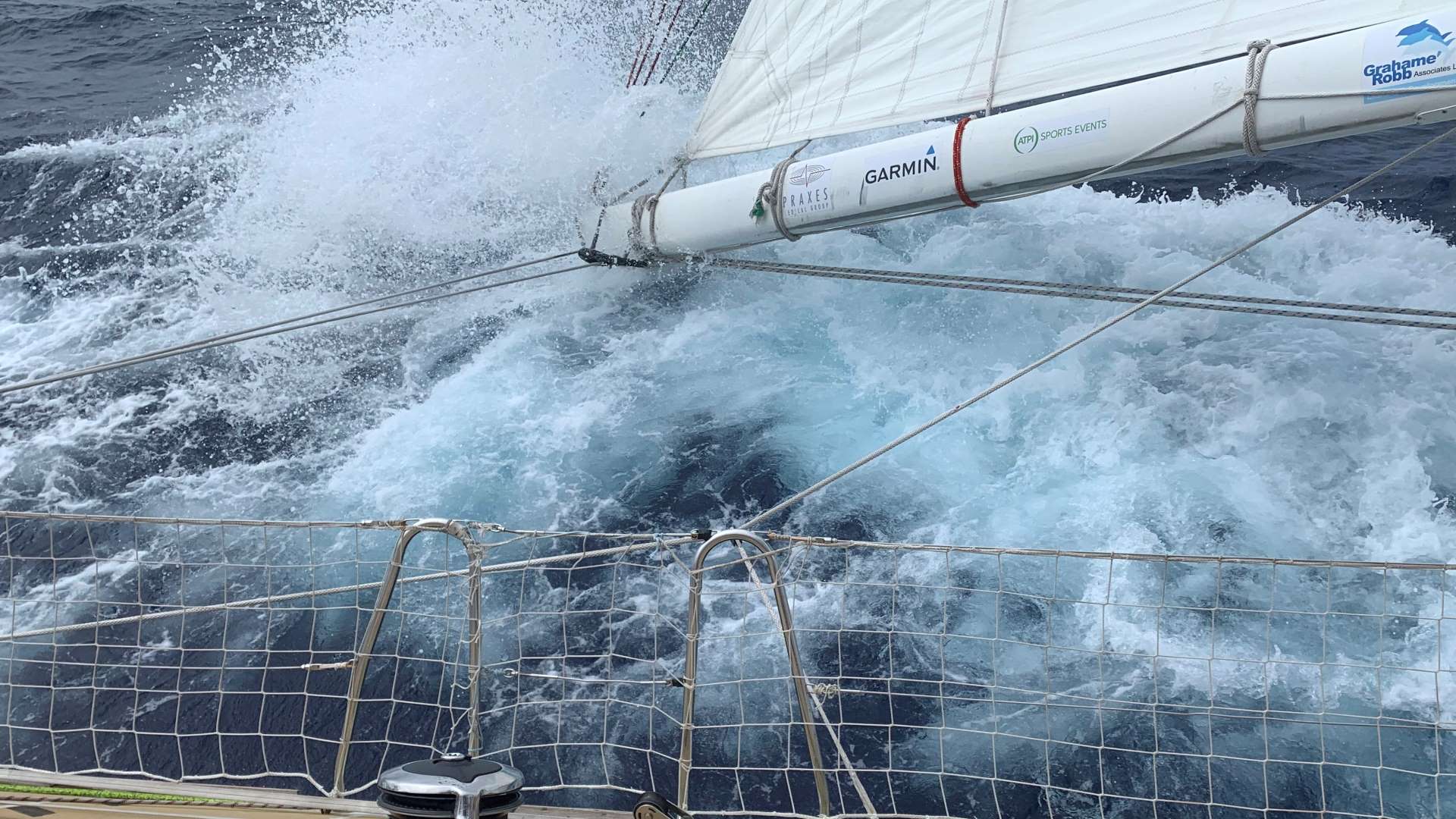 Ha Long Bay, Viet Nam remains in the lead, charging towards the Dell Latitude Rugged Ocean Sprint with a 72 nautical mile edge on the following teams as they scramble for the top positions on the leaderboard as they near the ‘1,000 nautical miles to go’ mark.

Competition is close for the four teams below first place and all are vying for the important podium positions. The Race Viewer displays the pack as virtually top of each other and there is a close match race evolving between Punta del Este and Qingdao.

Skipper of Punta del Este, Jeronimo Santos-Gonzalez reports: “After racing for over two thousand miles on Leg 5, we find ourselves fighting neck to neck with Qingdao for the last 24h. It is a game of hunting whoever is in front of you, trying everything on the book to overtake them.”

He continued: “At this stage of the race every boat is going really fast and every nautical mile needs to be fought with sweat and lots of grinding. No-one is giving an inch for free and this race is going to be a close one, with some strong winds and wind holes predicted there is a chance for everyone to do well.”

Qingdao skipper, Chris Brooks commented on the rivalry with Punta del Este saying: “Another epic day in the close fought battle between Qingdao, Imagine your Korea, Punta del Este and Visit Sanya, China for the second step of the podium. We are currently set neck and neck with Punta del Este who has edged just slightly ahead. Our lead fluctuates with the breeze between 0.5 and 1 nautical mile. It's the edge of your seat, seat of your pants racing.” 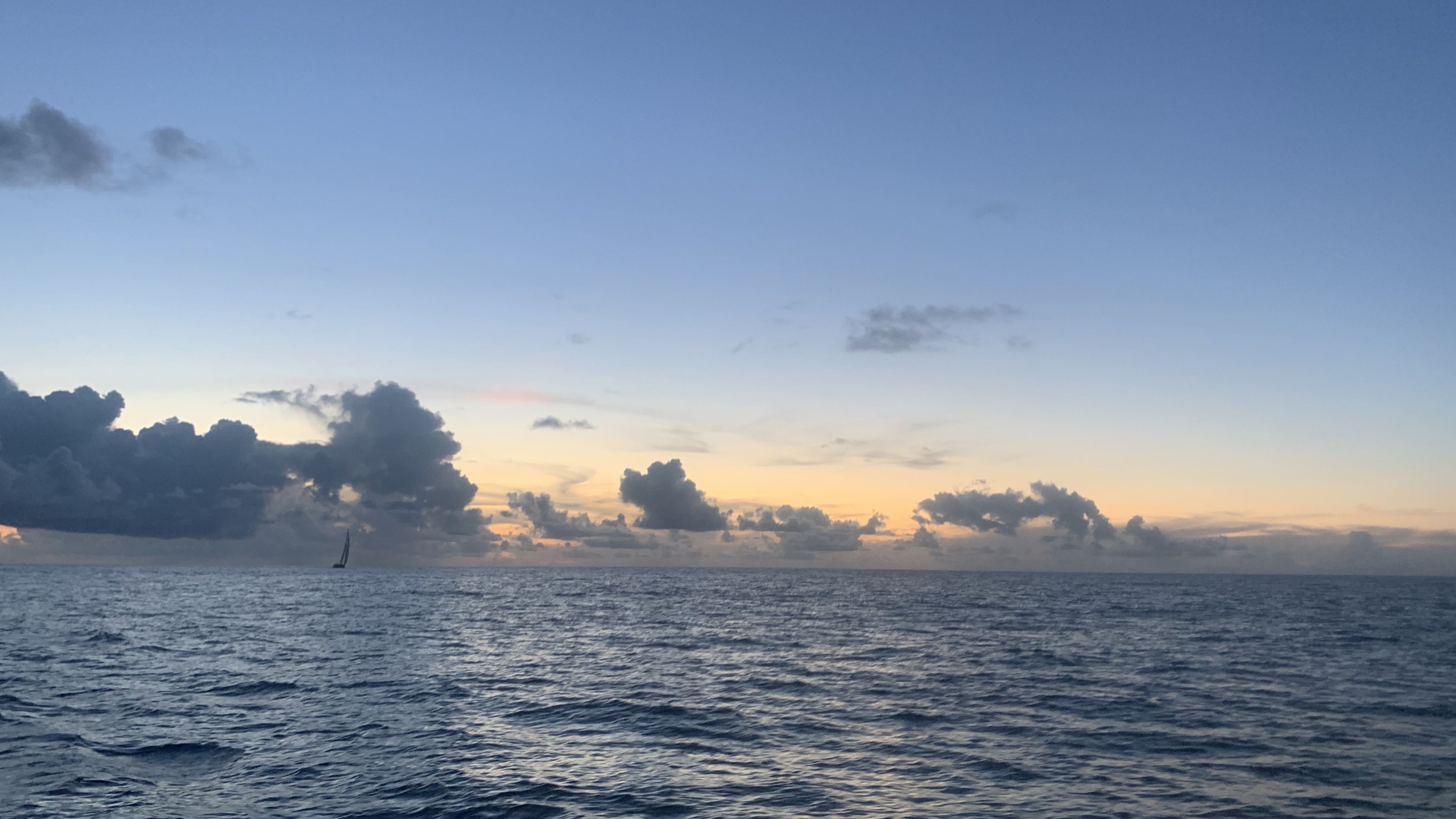 IMAGE: From on board Qingdao

Dare To Lead also send reports of a close race, between them and Zhuhai, the teams are currently in ninth and eighth place respectively. Skipper Guy Waites of Dare To Lead says: “It's a constant round of one step forward, one step back with our partner in crime Zhuhai; as we continue to exchange places day and night. There is no doubt about it, we both benefit from one another's presence, match racing day and night keeping both teams focused and engaged every minute of every watch.”

Adding to the mix is Unicef who are hoping to avoid the forecasted windholes and skip ahead of those to the north of them. Skipper Ian Wiggin said: “Over the next few days our wind angle is going to become less favourable as the wind is forecast to come behind us, so we will be looking to manage that. Our immediate race is with Dare to Lead and Zhuhai who are to the south of us. Long term, the final 300nm will be very exciting and hopefully we will not fall prey to another wind hole.”

On board Seattle, Skipper David Hartshorn reports that not only is the competition between the fleet hotting up but also between his onboard crew: “We are still cracking along, we hit another 266nm miles run yesterday and the boat is hitting double figures almost constantly. The watches are getting competitive with each other, laying down challenges between themselves. The skill set is continually improving and the number of kite collapses has reduced significantly since we started.”

As the teams’ thoughts start to wonder towards arriving in their destination of Subic Bay, keep a watchful eye on how the match-racing plays out on the Race Viewer.

The competition continues to thrill as the teams sail north west of the equator towards Subic Bay in the Philippines and for the majority of the fleet, it couldn’t be any closer. In particular, there is a close battle for second place between Qingdao,Visit Sanya,…