It might have taken the entire first week of the race but the requests for reliable wind have finally been answered, resulting in teams recording their best 24 hour runs, and the North Pacific Ocean is now under 300nm ahead.

Very different routing tactics are in play as the fleet starts to spread out, and leaderboard positions have been changing frequently overnight.

Qingdao Skipper Chris Kobusch, currently holding onto third place, reports: “The wind shift came last night and since then we have been beating into 20 knots of breeze with the boat back on its usual 45 degree heel. It is pretty tight racing with the fleet close together, but with slightly different tactics: one pack north, one pack south and HotelPlanner.com, Visit Seattle and us in the middle. Time will tell which strategy works out.” 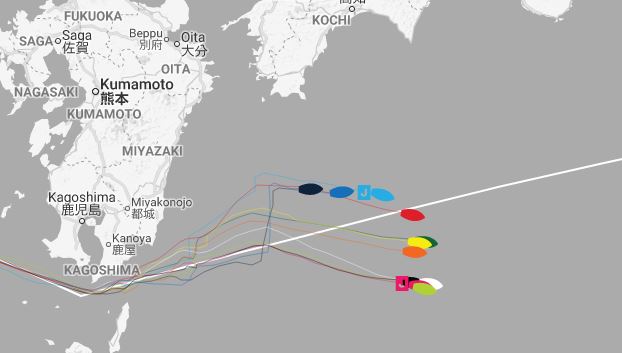 Whilst progress to Seattle is improving, the rougher sea states have bought an inevitable bout of sea sickness as crew adjust to the more extreme angle of sail.

Matt Mitchell, Skipper of PSP Logistics, one of the most northerly teams, currently second, explains: “We are moving again! Although the phrase 'be careful what you wish for' springs to mind as it's very much life on a lean. It was expected though. The sea state is a bit choppy meaning the green monster is out in force, thankfully this won't last long before it eases.

“We are happy with the position we are in as we worked very hard to get as much north in the bank as we could before the wind filled in, with us and Nasdaq in the northern party.”In the southern positioned pack, Dare To Lead is now up to fourth, having fast forwarded through the fleet from being in ninth place just 24 hours ago to taking the lead at one point overnight. In his blog today however Skipper Dale says he is currently battling with some essential repairs to the yacht’s mast tracking which got ripped off and is temporarily affecting their ability to reef the mainsail.


Sanya Serenity Coast, is not far behind, hoping to capitalise on Dale and his team’s misfortune, ruing its drop to sixth place having felt it ‘lost out’ in the wind lottery. Skipper Wendo and her crew will be watching over their shoulders too though as Liverpool 2018 and Garmin are in hot pursuit on their tail, just over a mile behind in seventh and eighth place respectively.

(Below: Jonathan Fretton helming on board Liverpool 2018) 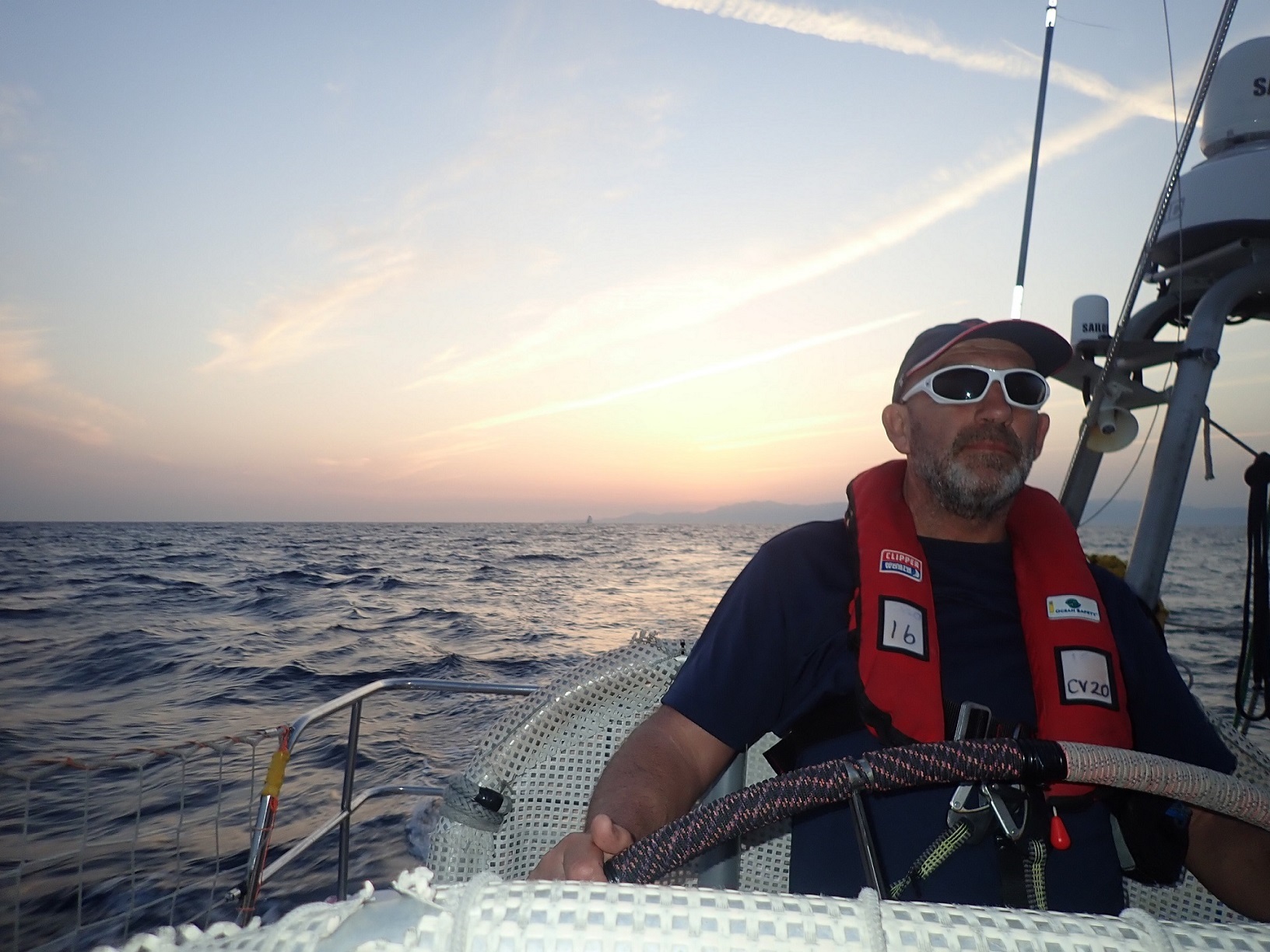 The biggest movers of the fleet over the past 24 hours however have been Nasdaq, (ninth) Unicef (tenth), and GREAT Britain (eleventh) which all changed course to pursue the most northerly routes of the fleet based on the current, wind holes, head winds and light winds.


Overnight Nasdaq’s bold move north looked to have really paid off as it got up to second place, with Skipper Rob reporting: “This time in the light winds lottery, it seems that Aeolus drew the ticket. We managed to maintain a good speed to catch the rest of the Clipper Race fleet whilst they were flopping around without wind. Luck certainly played its part, but so too did hard work - both watches got through a phenomenal number of sail changes, tacks, gybes and reefs to keep us optimised in some very changeable conditions.”

“We can now see some very different tactics play out in the stretch to Gate Haller (last mandatory gate before the Pacific) - how far north or south to go and how best to use or avoid the mighty Kuro Shio current and the windshifts forecast for the next few days.”

GREAT Britain may still be eleventh but has seen a marked improvement in position since yesterday, at one point closing it’s gap on the leader by 50nm, putting the team back in touch with the fleet as a result of a lot of hardwork on board to rectify progress.

Skipper Dave Hartshorn adds: “We are currently beating closed hauled into 24kts of wind, which is almost on the nose, to Mandatory Gate Haller, 375nm away, just off the south east corner of Japan. For me it will be once we are through that gate, that it will feel we are truly in the “Mighty” North Pacific.”

As the teams’ tactics continue to make for some interesting Race Viewing, the weather forecast over the coming days is looking equally complex. Predicted to back and ease again over today, the good news is a that a few days ahead, decent breeze in the right direction is predicted to sweep the fleet into the Pacific.

The question is, will the conditions best suit the northerly, mid or southerly routed teams. As ever, only time will tell so stay tuned to the Race Viewer this Easter weekend. 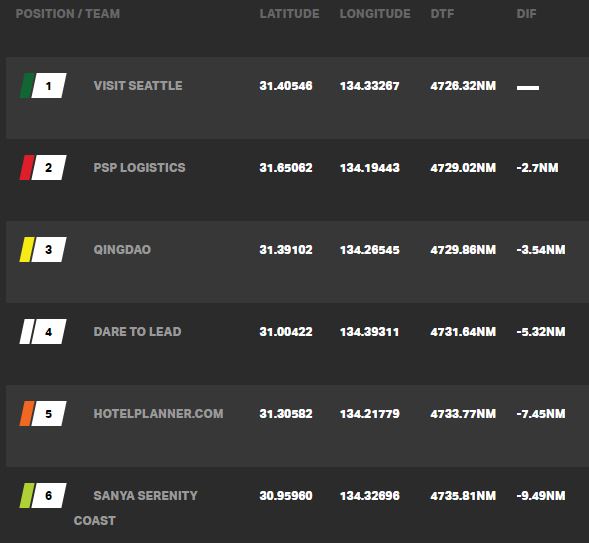 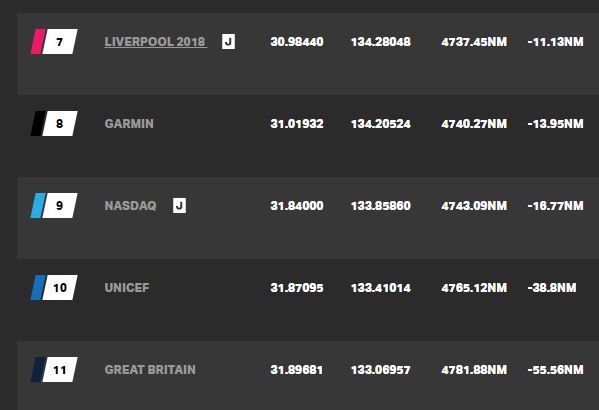 Things are starting to look up for the Clipper Race fleet on Day 2 of Race 9; glorious sunshine has…