The Seattle team entry in the Clipper 2019-20 Race has been christened by Clipper Race Founder and Chairman, Sir Robin Knox-Johnston at the official naming ceremony at St. Katharine Docks, London to bless the yacht ahead of the start of the round the world race which departs this tomorrow, Sunday 1 September. 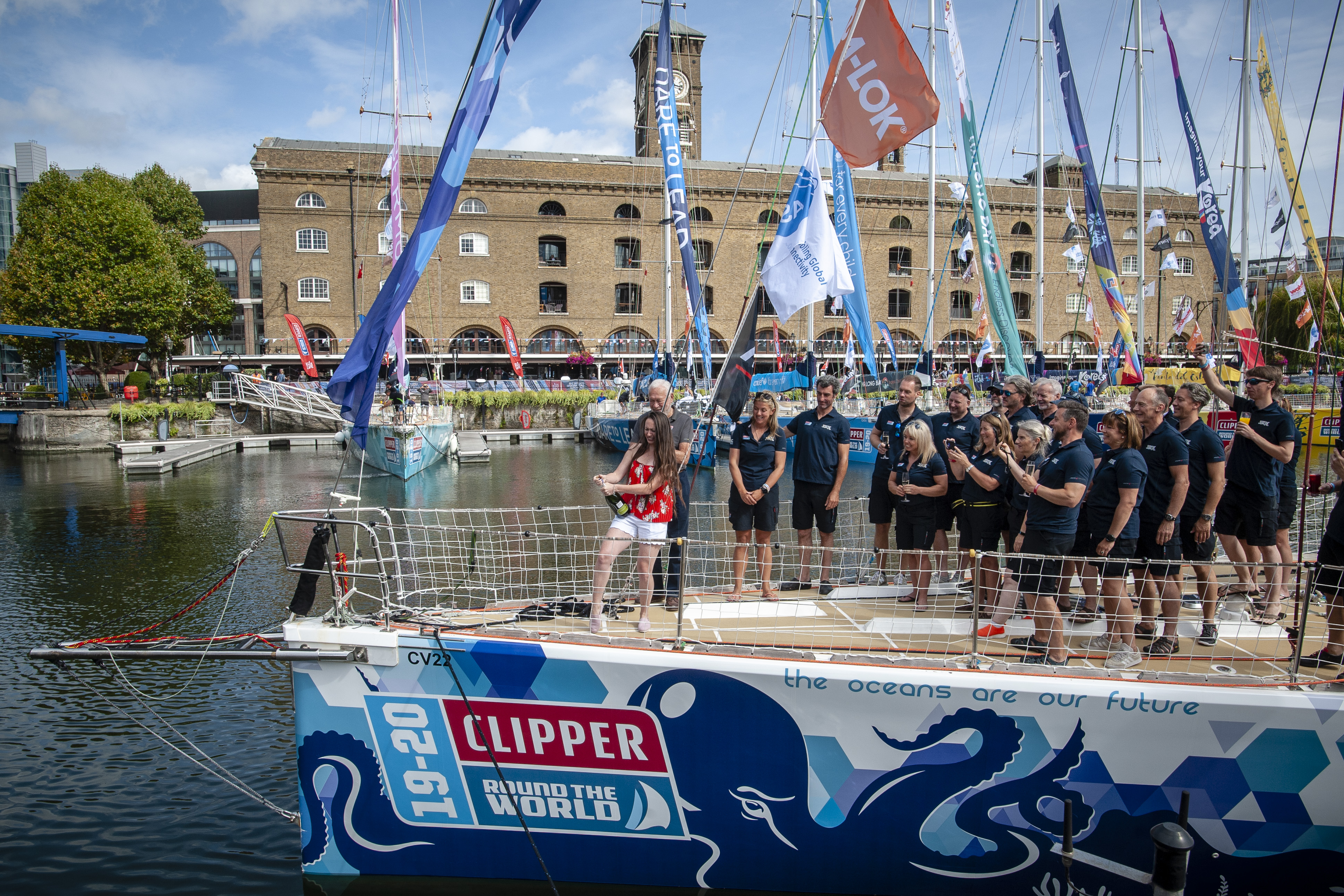 During the ceremony Ralph Morton, Executive Director, Seattle Sports Commission toasted to a safe and successful race welcoming the crew, Race Skipper, Ben Keitch and First Mate, Lyndsay Barnes, to the Seattle family. He also used this opportunity to reveal that the Hyatt Regency Seattle will be a Team Supporter of Seattle.

Hyatt Regency Seattle will work in partnership with Host Port and Team Partners Port of Seattle, Visit Seattle and the Seattle Sports Commission. 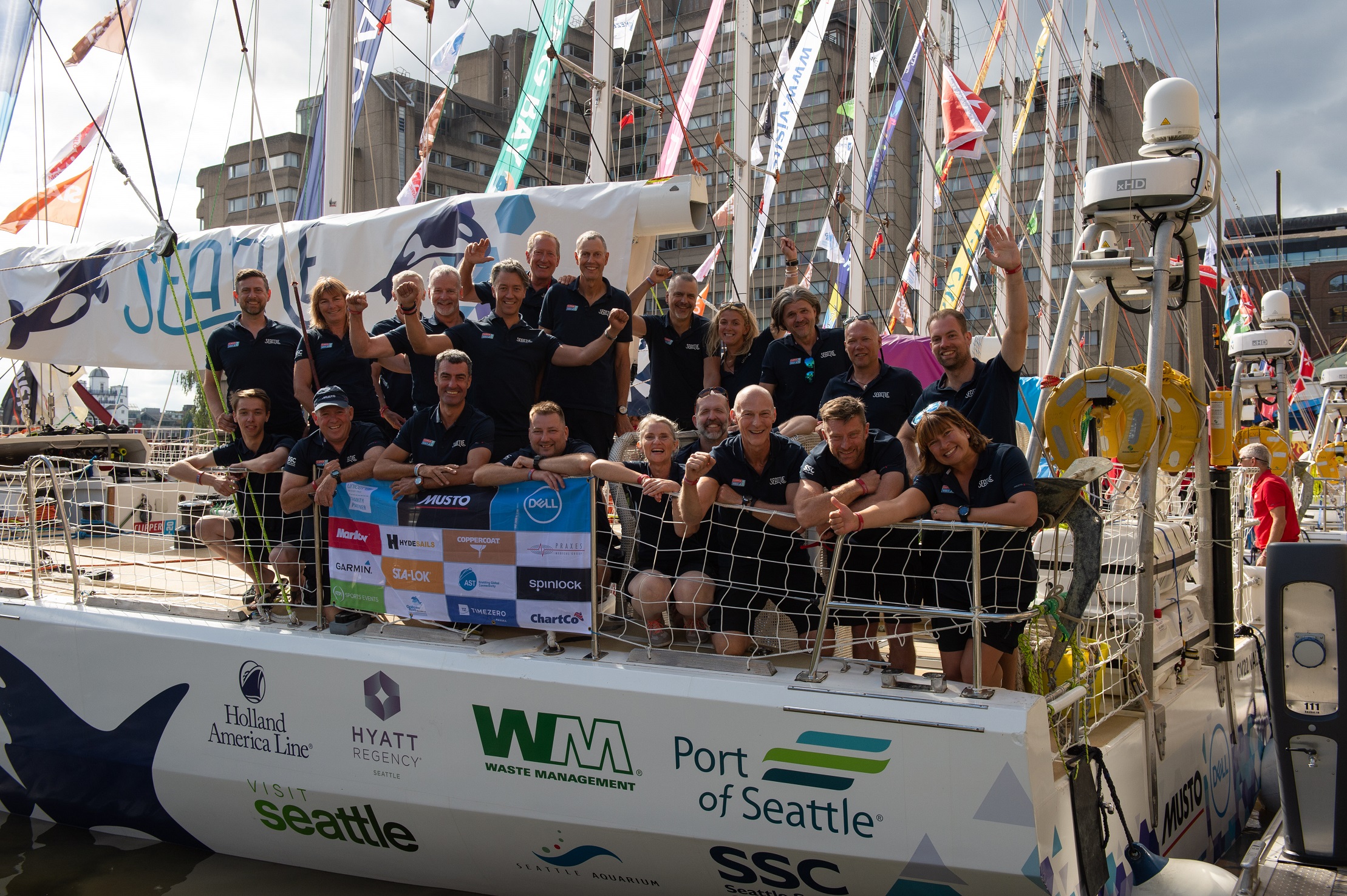 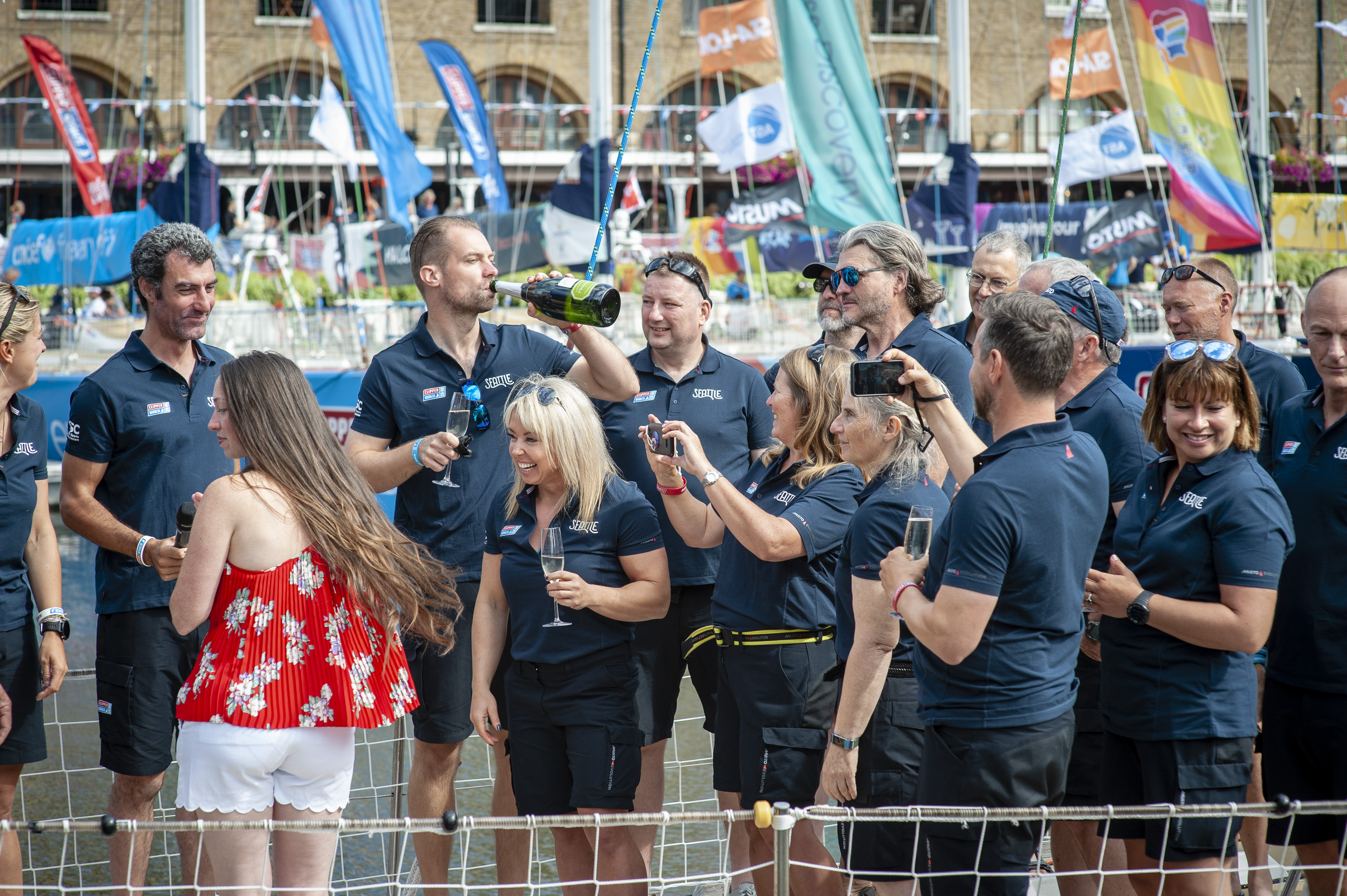 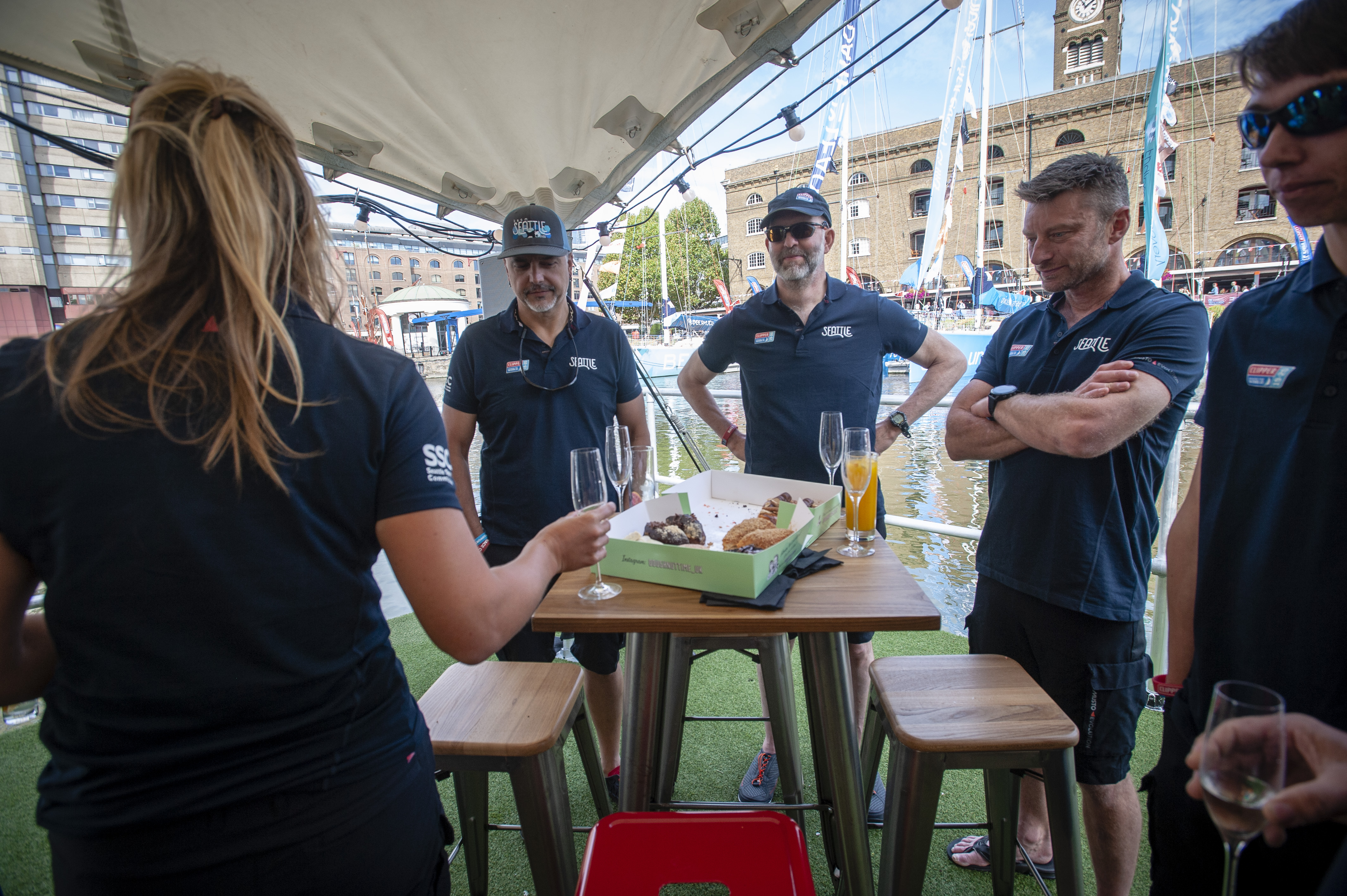 This will be the third consecutive edition Seattle has been a Team Partner. The team entry will showcase the ‘Emerald City’ as an ecotourism destination and focus on ocean health and environmental sustainability. 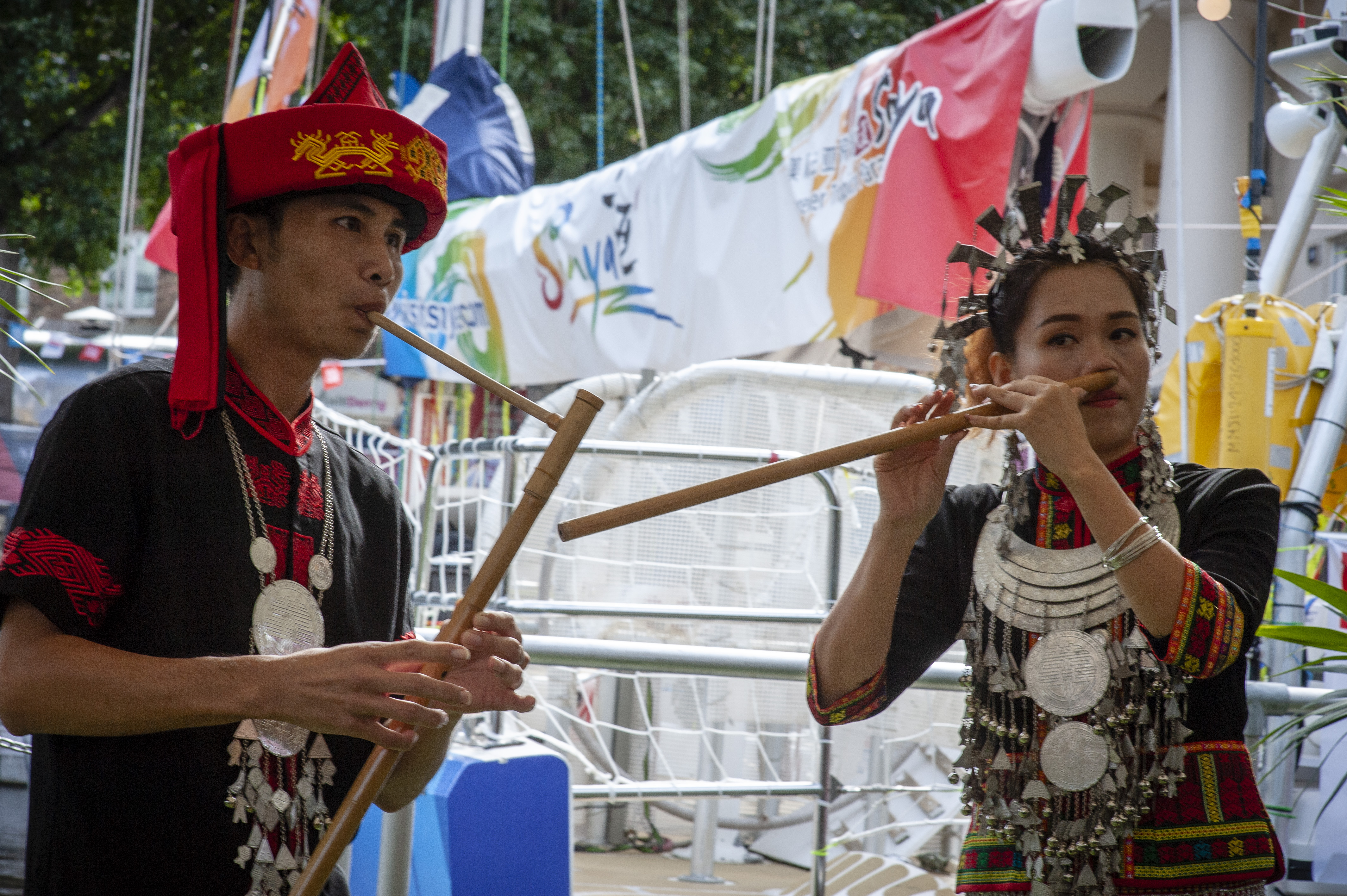 The Visit Sanya, China team brought a taste of tropical paradise to their naming ceremony. The event was kicked off with traditional entertainment - playing the nose flute and leaf blowing. Visit Sanya crew were invited to have a go for themselves, but practice may be key to perfect their skills ahead of arriving into the Host Port of Sanya when the race arrives for the second consecutive edition. Delegates from the tropical destination, along with Sir Robin Knox-Jonhston and Skipper Seumas Kellock, wished crew well and Seumas noted that they have a lot to live up to with them taking the trophy in the last race. Of the destination he said: “I’m really looking forward to going back to Sanya - lovely resort, people, great food, can’t wait to be back”.

The celebrations continued by popping the champagne cork to officially name the boat and guests enjoyed sweets and refreshments from the region. 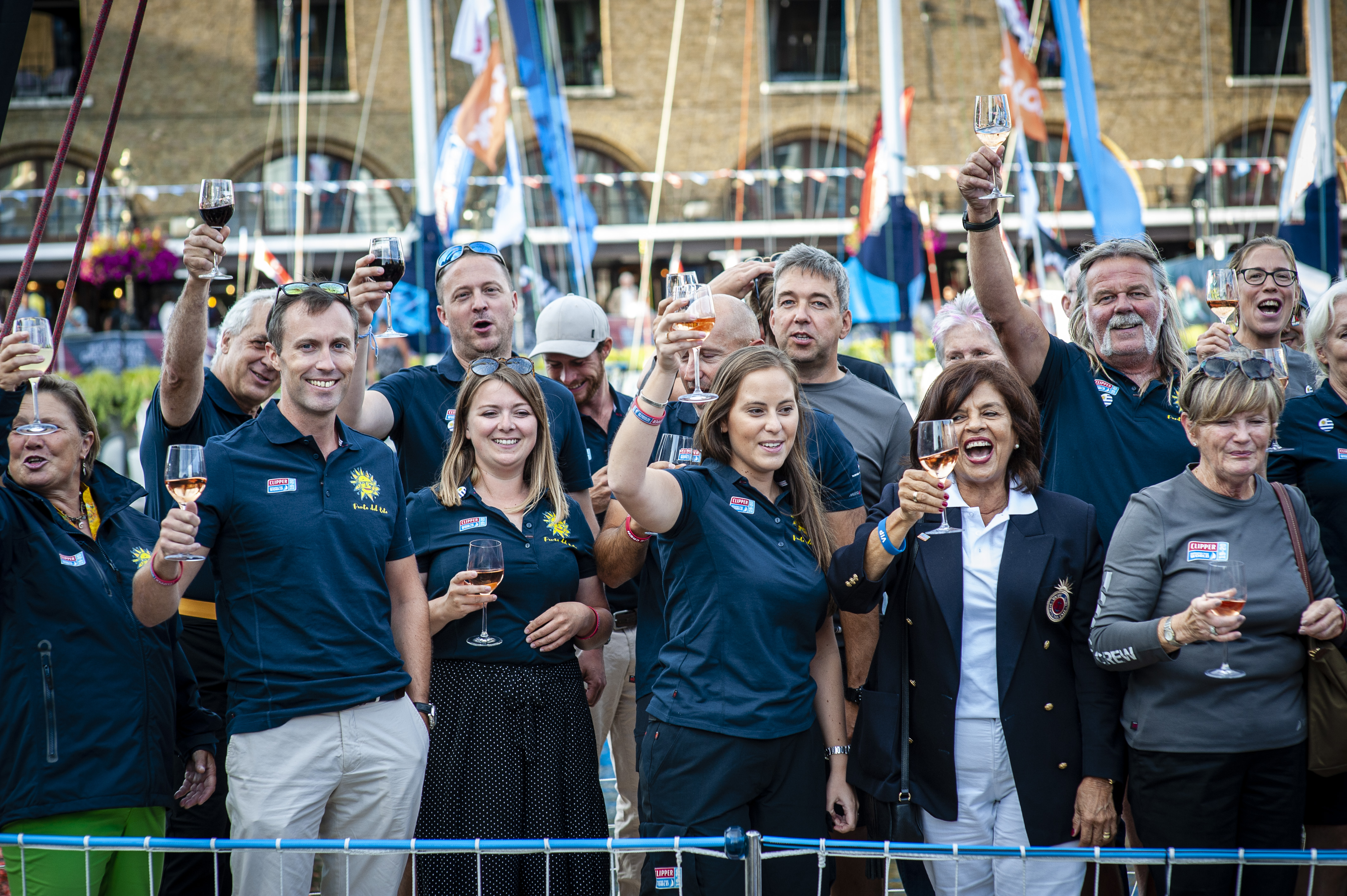 The naming ceremony for the Punta del Este team was a lively affair which gave the crew a taste of what is to come when they arrive into the South American port at the end of Leg 1.

Juan Echeverrito, Commodore of Yacht Club Punta del Este (YCPE), jetted into London to wish the crew, which includes four YCPE ambassadors who will be flying the flag for Punta del Este, a safe and happy adventure.

The Commodore was joined by Sir Robin Knox-Johnston who spoke to crew and supporters agreeing it would be lovely if the team were the first to arrive in Punta. Spanish Skipper Jeronimo Santos Gonzalez also spoke about his crew with pride to a round of loud cheers. 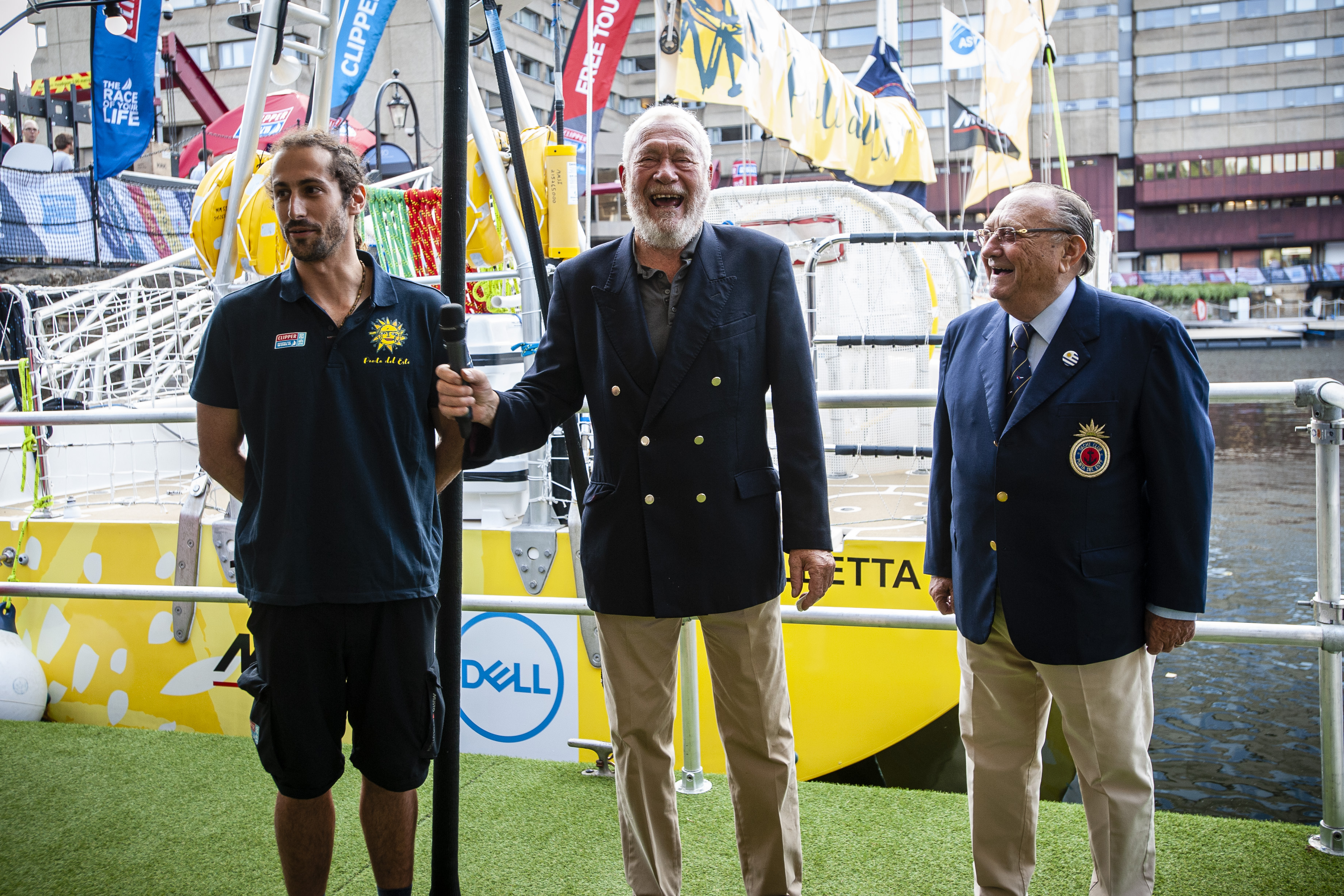 On board the yacht, the celebrations continued as the boat was officially named and team supporters were revealed - Garzon, Santander, Sura and Urufarma are all supporting the team as they carry their branding around the world.

Garzon was present in the form of the wine to toast the crew’s impending adventure and the sparkling variety in which the cork was popped to the sound of a cheering crowd. Unique in the region, Bodega Garzón is leading the charge in wine-making innovation, varietal experimentation, and sustainability. The party continued with music, dancing and traditional empanadas to feast on.

As the clock continues to countdown to the start of the Clipper 2019-20 Race on 1 September, the action at the Fan Zone at London's St Katharine Docks is in full swing.Among the events have been the Naming Ceremonies, which is carried out on each…