Sixth place Garmin arrived into Foyle Marina this morning to sunny skies, waiting crowds, and cheers, after the team crossed the Race 12 LegendDerry Finale finish line at 0411 UTC and made their way up the Foyle River.

Arriving into port, Skipper Ash Skett seemed a little down hearted with his team's result, after aiming to beat GREAT Britain into port as both teams are vying to claim the third podium place at the London Race Finish - six points now separating them, with Garmin fourth overall.

Ash said: "It's been a long race and one of our poorest performances so far. We were in the lead group for the first half of the race but threw it away when we decided to cover GREAT Britain as it looked like they were heading for the Scoring Gate. It's all part of yacht racing.

"Unfortunately GREAT Britain are faster than us in light winds and were able to squeeze just far north of the Azores High to pick up the new breeze and it snowballed from there. In this race, from start to finish the wind shifts and strengths have always favoured the leaders, there was never an opportunity for the boats behind to catch up.

"We had hoped that the course extension would offer up a chance but it was a complete disaster for us, nothing went our way and we lost even more ground to those ahead thanks to unfavourable winds and currents nearly the whole way. Frustrated doesn't even come close to describing how we felt!

However, with two races left to go, it is onwards and upwards for Garmin, as Ash adds: "Still, we will pick ourselves up for the next race and I'm confident we can still grab that podium place before London."

Speaking as she arrived into port, Catherine Anderson is a Garmin crew member from London who joined the team at the start of Leg 2 said: "It got a bit long at the end there but its's been pretty momentous really - we've crossed our last ocean! I don't quite know whether to be happy or sad but it is really good to be here in Derry Londonderry."

"I'm looking forward to seeing family and friends when its all over but I've been planning this trip for over three years so to think its almost over, there are certainly some mixed emotions going on." 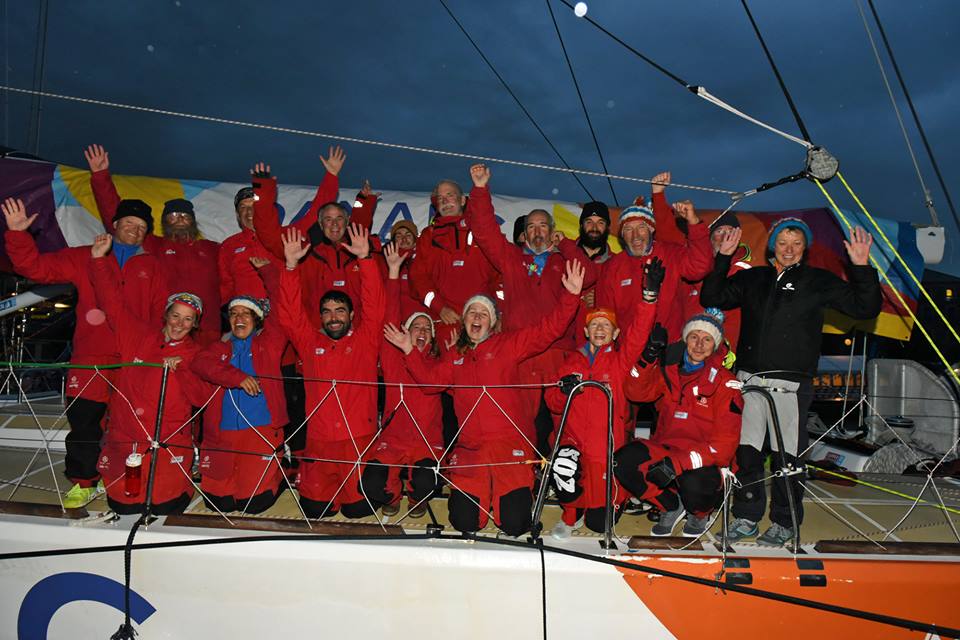 Seventh placed Da Nang-Viet Nam crossed the finish line at 1815 UTC, with Skipper Wendo Tuck reporting: "Well that's the last ocean crossing done and dusted. So mixed emotions, we have sailed all the oceans and made it here to Derry-Londonderry, so we're very happy, but also a tinge of sadness that there are no more great moments of just ocean, ocean, ocean.

"Now lets get to Derry-Londonderry, for the party of all parties!"

Heather Thomas, 19, who joined the team for Leg 6, said: "I was only supposed to do Leg 6 but when we got to Seattle I didn't want to get off the boat,..so I didnt and here I am, having crossed another ocean. I had never been outside of Europe before but now I've been to China, America, Costa Rica and Panama, I have loved every second and I don't want it to end.

"This has actually been the best, happiest race so far. I didn't mind the longer course at all, i love sailing so getting to be out longer on the water and gettting to see places many never get to has all added to it for me. It is nice to be back on land and to see friends but I'm already looking forward to getting back out there."