Crew have been enjoying surfing, rowing and touch rugby in Albany, Western Australia during the stopover.

The matches follow on from the successful event at the club during the Clipper 2013-14 Race stopover in Albany when England rugby sevens captain and GREAT Britain crew member Ollie Phillips led a team.

Hamish Fell of the Albany Touch Football Association welcomed the international crew and said he hoped the event would become a biannual fixture in the club’s calendar.

"Albany Touch Football Club were really excited to be able to host crews from the Clipper Race again this year, it was a great opportunity to play some touch footy and get to know the crews and hear some tales from their adventures on the Clipper Race," said Hamish.

South Africa was the victorious team, and around 100 people enjoyed beers and a BBQ at the club following the event.

On Thursday, crew members visited the Albany Rowing Club based on the Kalgan River to have a go at rowing with the help of club members. Olympic rower and GREAT Britain crew member Bill Lucas coached some young club members, and gave away a signed shirt.

Club president Tim Newbold welcomed the crew, and club member Richard Freeman helped them take to the water with the sculls.

Captain of Boats Rod Sawyer said: “Our coach was really appreciative of some tips from Bill, and the kids were inspired to hear from him about his rowing career.

“We were very happy to welcome the international Clipper Race crew and introduce them to rowing for the first time. LMAX Exchange crew member Adrian Roberts was so keen he came down again at 6.30am on Saturday morning to train with us,” Rod added.

On Thursday, Garmin crew members and Skipper Ashley Skett, a keen surfer, had a special surfing session with Little Seeds Surf School at Muttonbird Beach courtesy of the Team Sponsor, Garmin. The crew used their Garmin VIRB cameras to record the experience. 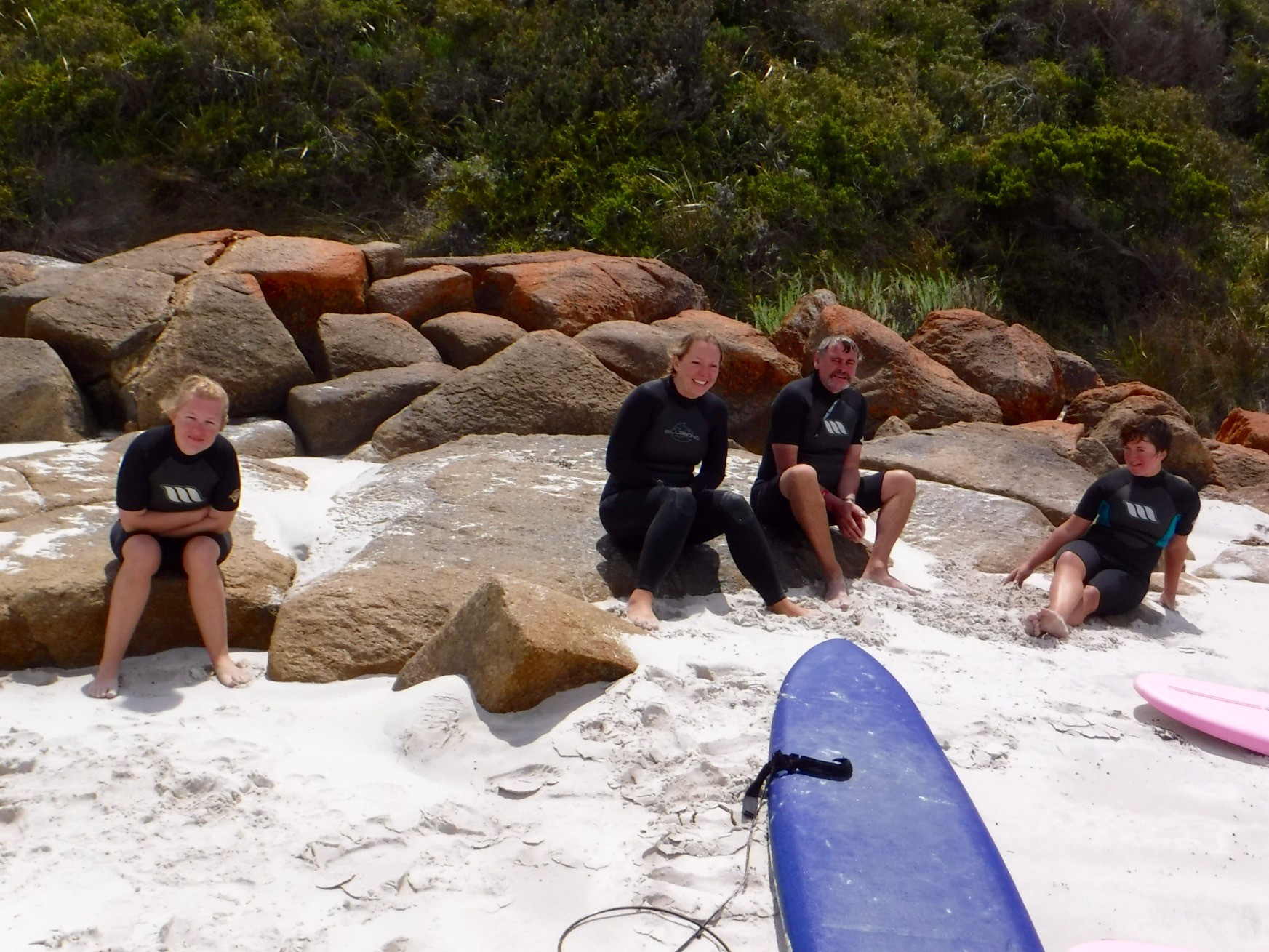 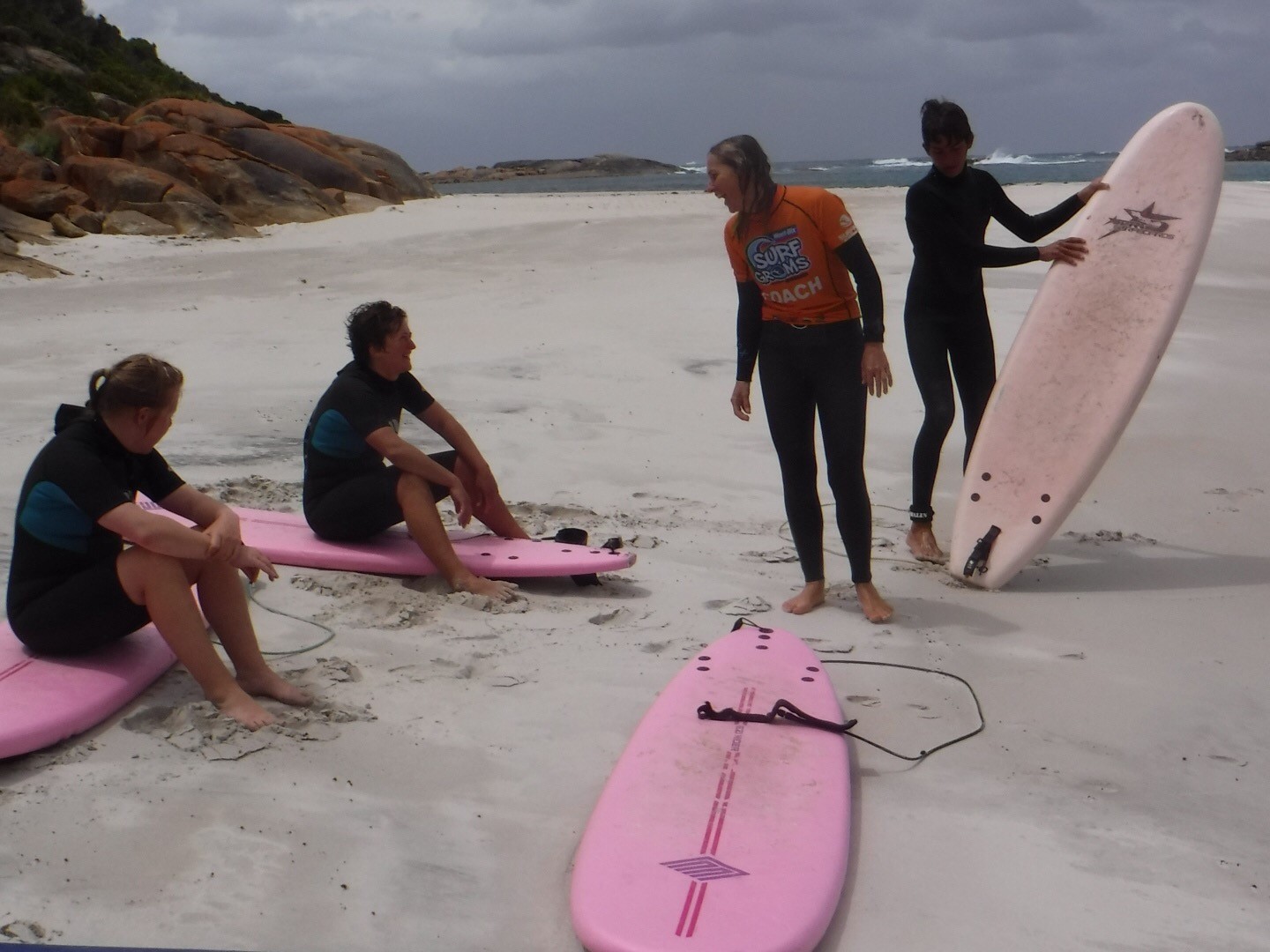 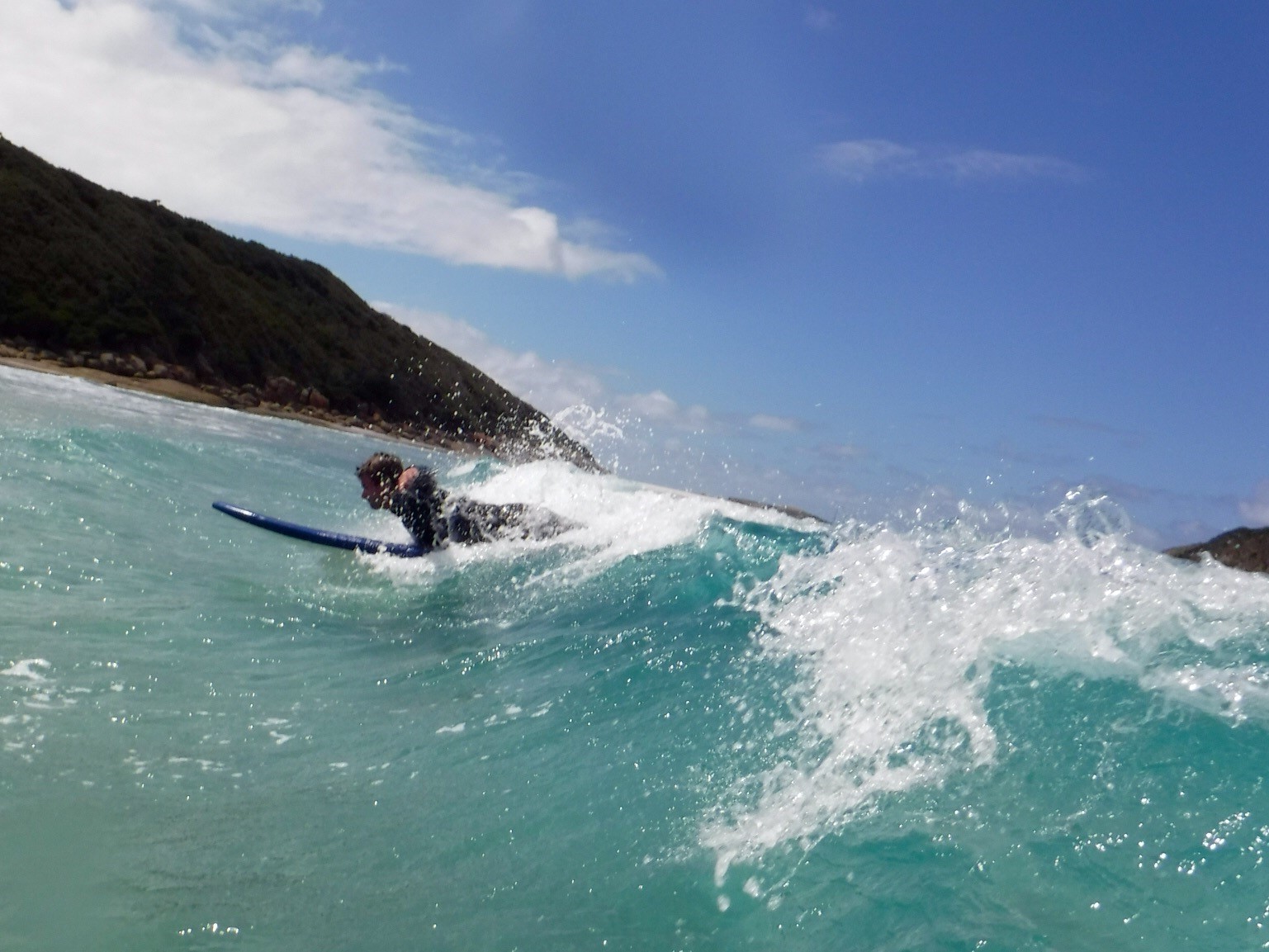 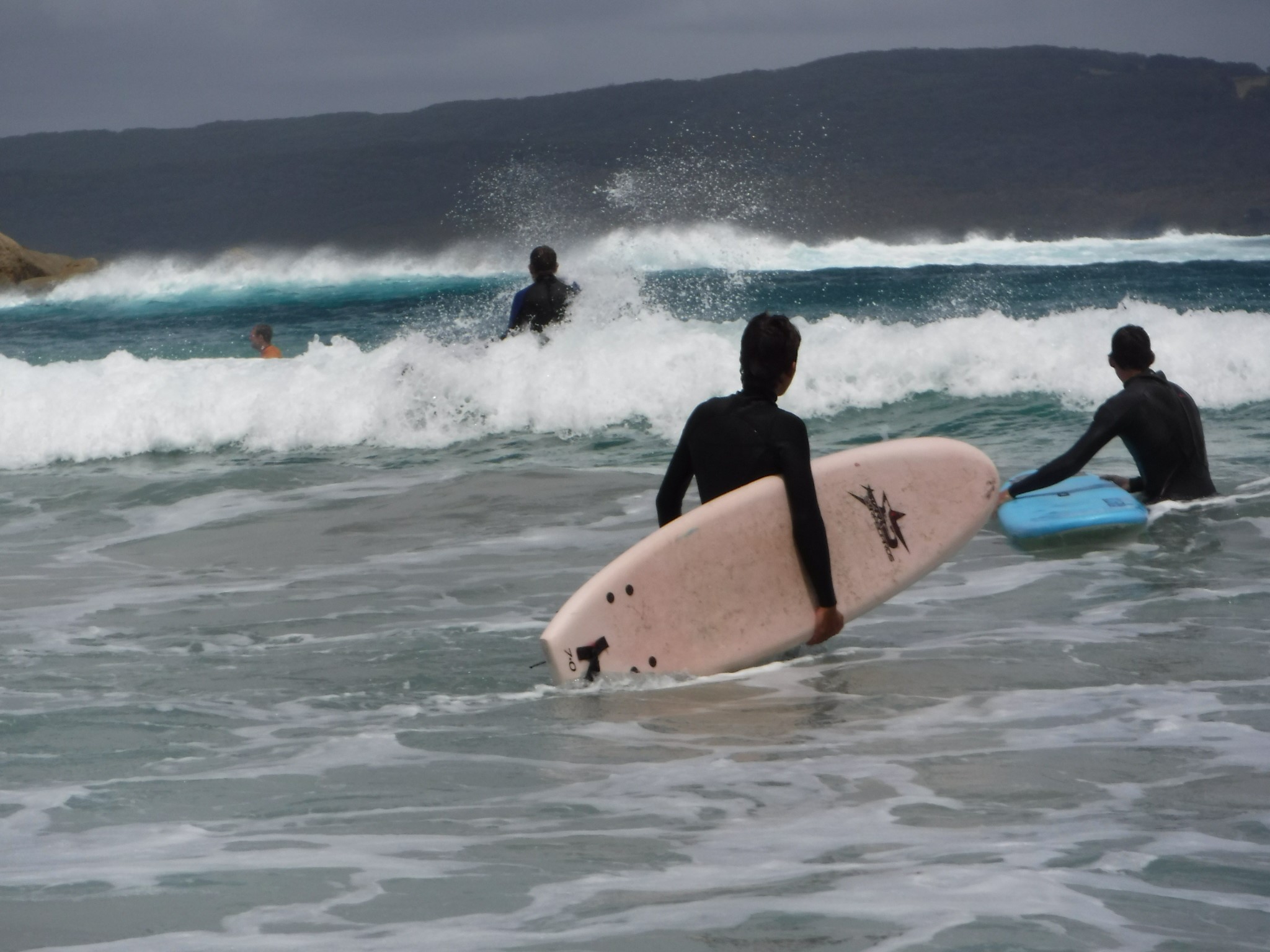 Also on Thursday, Garmin crew members Miguel Van der Velden and Kate Woods gave a talk to pupils at the Great Southern Grammar School, and also set the kids a challenge to see how fast they could put on a pair of foulies. 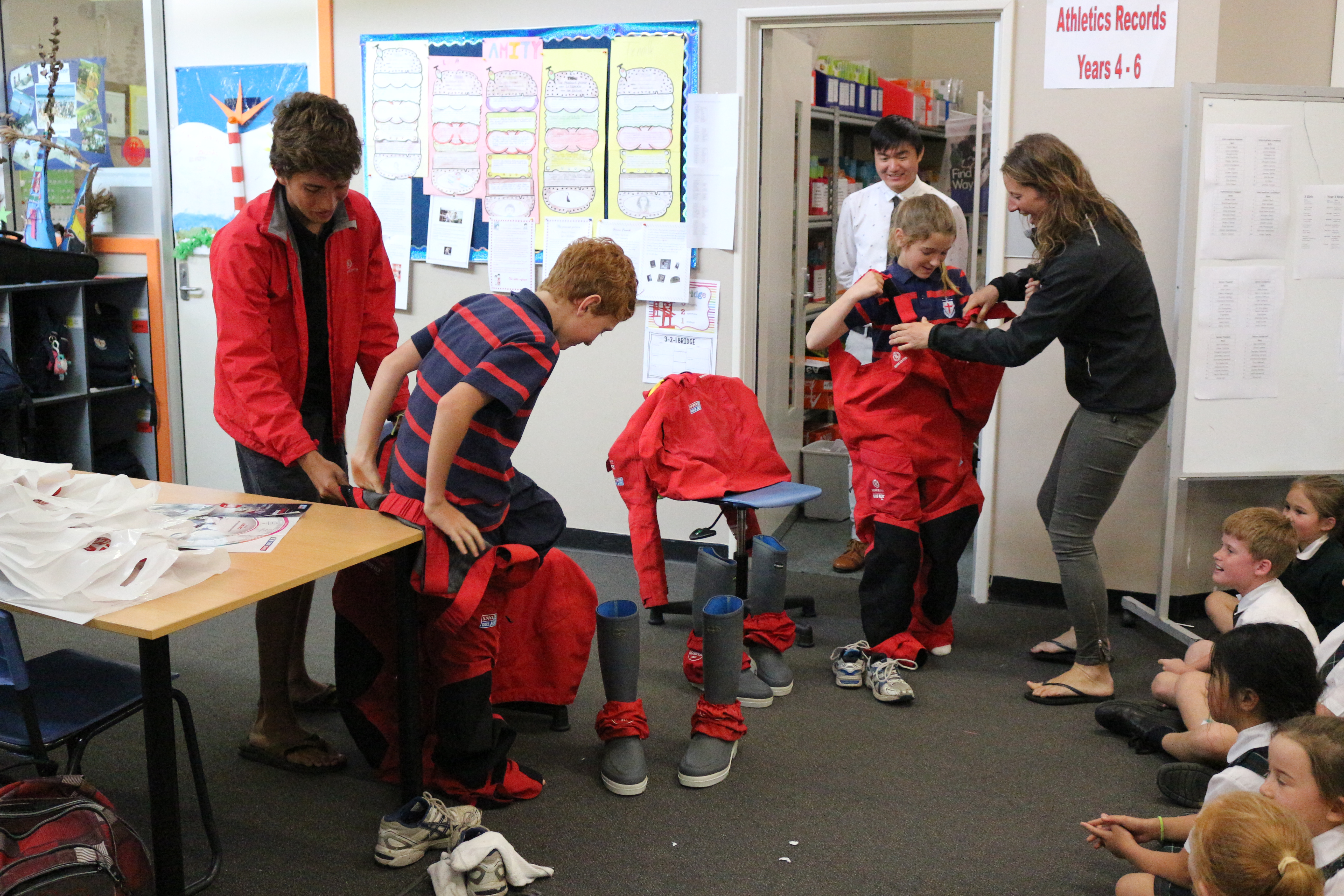 Finally, the LMAX Exchange and ClipperTelemed+ teams enjoyed a brewery tour and tasting at one of Albany’s best-known pubs during the stopover.

The new microbrewery opened at the White Star Hotel last week, just in time for the thirsty Clipper Race sailors to try some local beers.

The first and last teams to arrive into Albany were given a tour of the brewery by manager David Steytler, and plenty of beer to taste too. 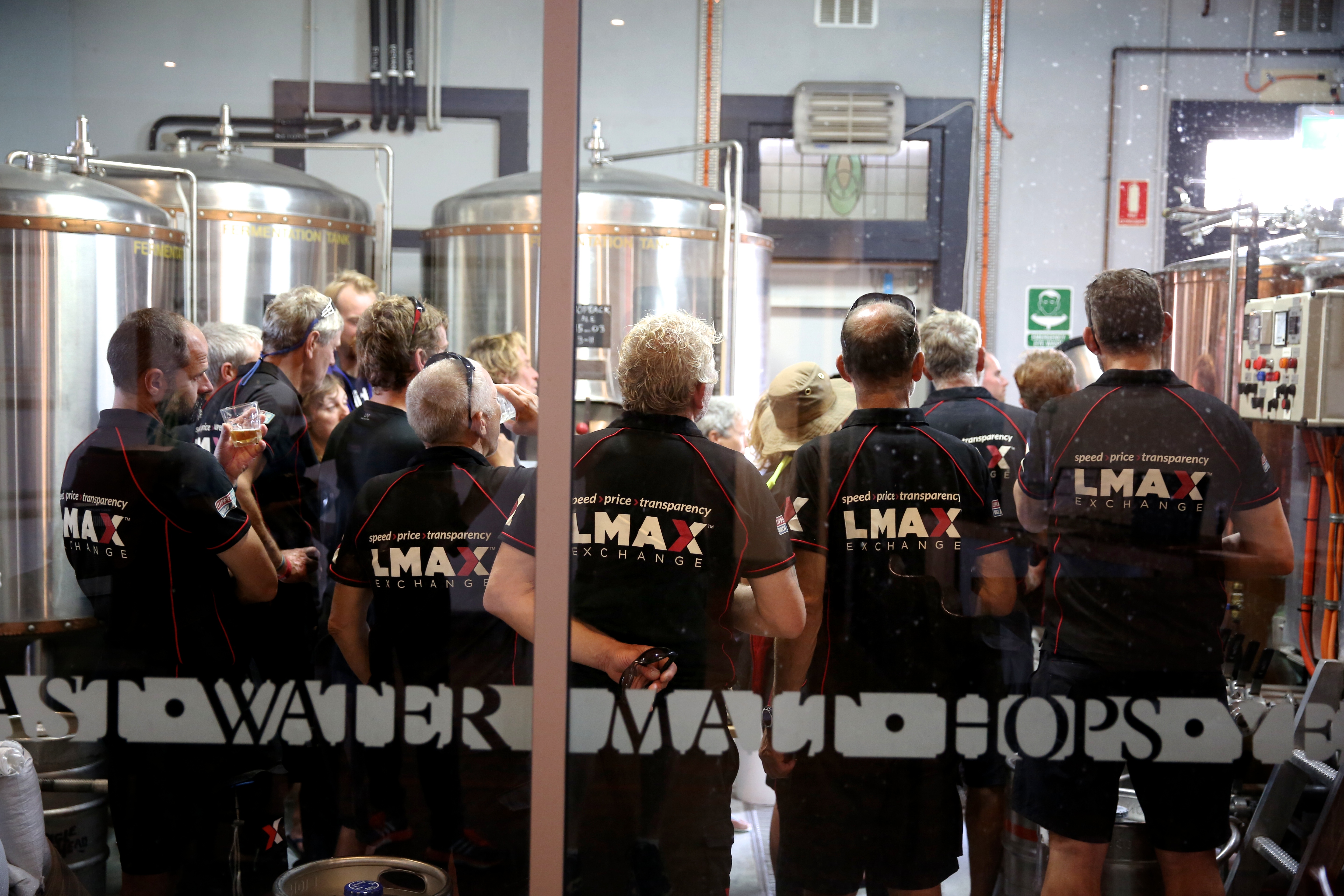 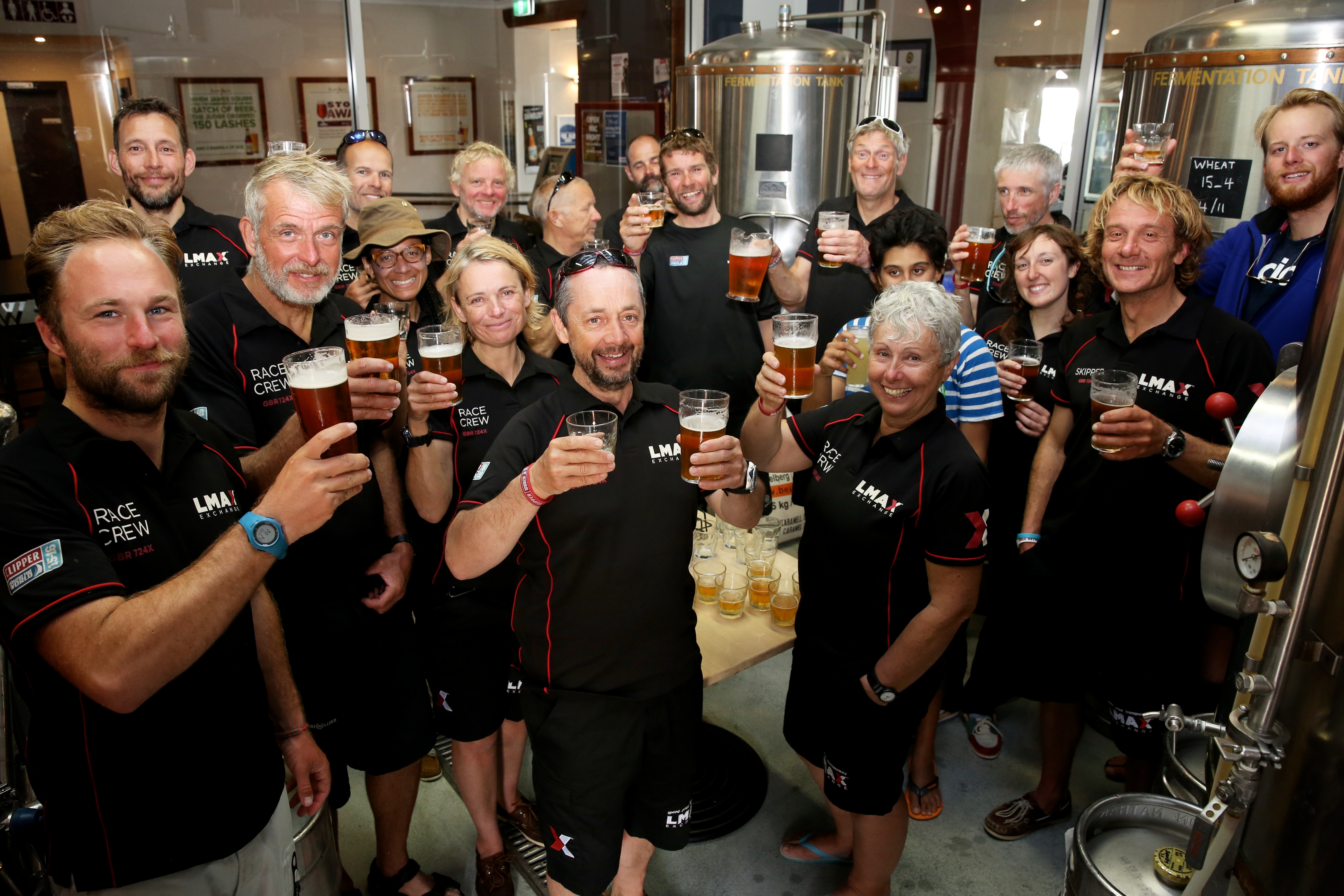 David said: “It has been a pleasure to host the crews at the pub each night and return the favour by giving LMAX Exchange and ClipperTelemed+ a private brewery tour and tasting.

“We have done very well because of the race stopover, and 700 litres of Pale Ale was pretty much finished by last Saturday. Having the crews here has been good for the locals too.

“I was able to get a boat tour during the open weekend, and it has been good to see the locals embracing the event here,” David added.

Many of the events have been supported by Stormhoek Wine, the race's Official Wine Partner. Stormhoek supplied wine for Skippers Daniel Smith and Olivier Cardin's birthdays.

The Unicef team crossed the finish line in Albany at 0411 UTC (1211 local time) Friday 27 November in eleventh place in Race 3, the Wardan Whip: a 4850 nautical mile battle from South Africa across the Southern Ocean to Australia.“I think we had quite…

With the arrival of the Clipper Race fleet into Australia after a stormy Southern Ocean crossing, thoughts are turning to…