One of the most frequently asked questions of Clipper Race Crew is, what are you dreaming of enjoying when you get to shore? And up there with a beer (and maybe a shower), is a nice chilled glass of wine, something that can’t be found on board a Clipper 70 during a tough ocean crossing, as the boats are very much dry.

For the Clipper 2019-20 Race Crew, organisers from the Yacht Club Punta del Este ensured that this wishlist item was realised by hosting wine tastings from Bodega Garzón. Garzón, a leading wine maker in Uruguay is a Team Supporter of the yacht entry from Punta del Este and is responsible for growing global awareness of the deliciously diverse range of wines being produced in this country. 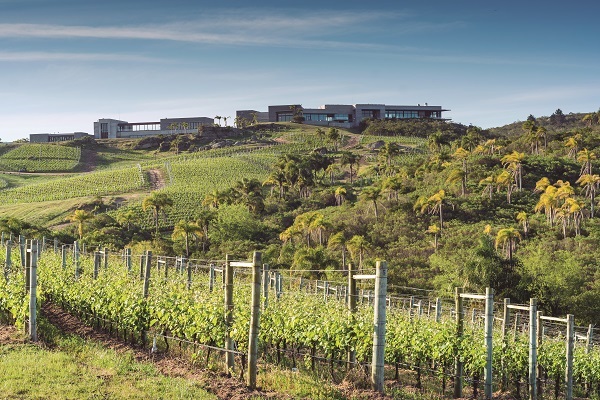 One such wine is the Garzón Reserva Albariño, which is being celebrated this weekend as 1 August marks Albariño Day. Fresh, with a peach aroma, Garzón Reserva Albariño has the mineral and marked acidity that this grape variety is known for. German Bruzzone is the winemaker at Bodega Garzón and says its Albariño is ‘one that he personally loves.” The vineyard is close to the Atlantic Ocean and German says this is why “you can feel the ocean through the salinity of this wine.”

It’s a medal winner with accolades from Decanter and the International Wine Challenge and the terroir of the Garzón Estate, is in the winery’s own words, “ideal to provide this iconic Uruguayan wine with its elegance, complexity, energy and vibrancy.” Garzón has been leading the charge of showing Uruguayan wines can compete with the more well known Latin winemaking countries such as Chile and Argentina.

This grape variety is very well known to Punta del Este Skipper, Jeronimo Santos Gonzalez, as he hails from the Spanish region of Galicia, which is renowned for its Albariño. He says: ” I am really proud to have Garzón as a Team Supporter of Punta del Este. A very close bond with Garzón began straight away at our Naming Ceremony at Race Start in St Katharine Docks, where our yacht was presented to the world with Garzón wines to celebrate the occasion. 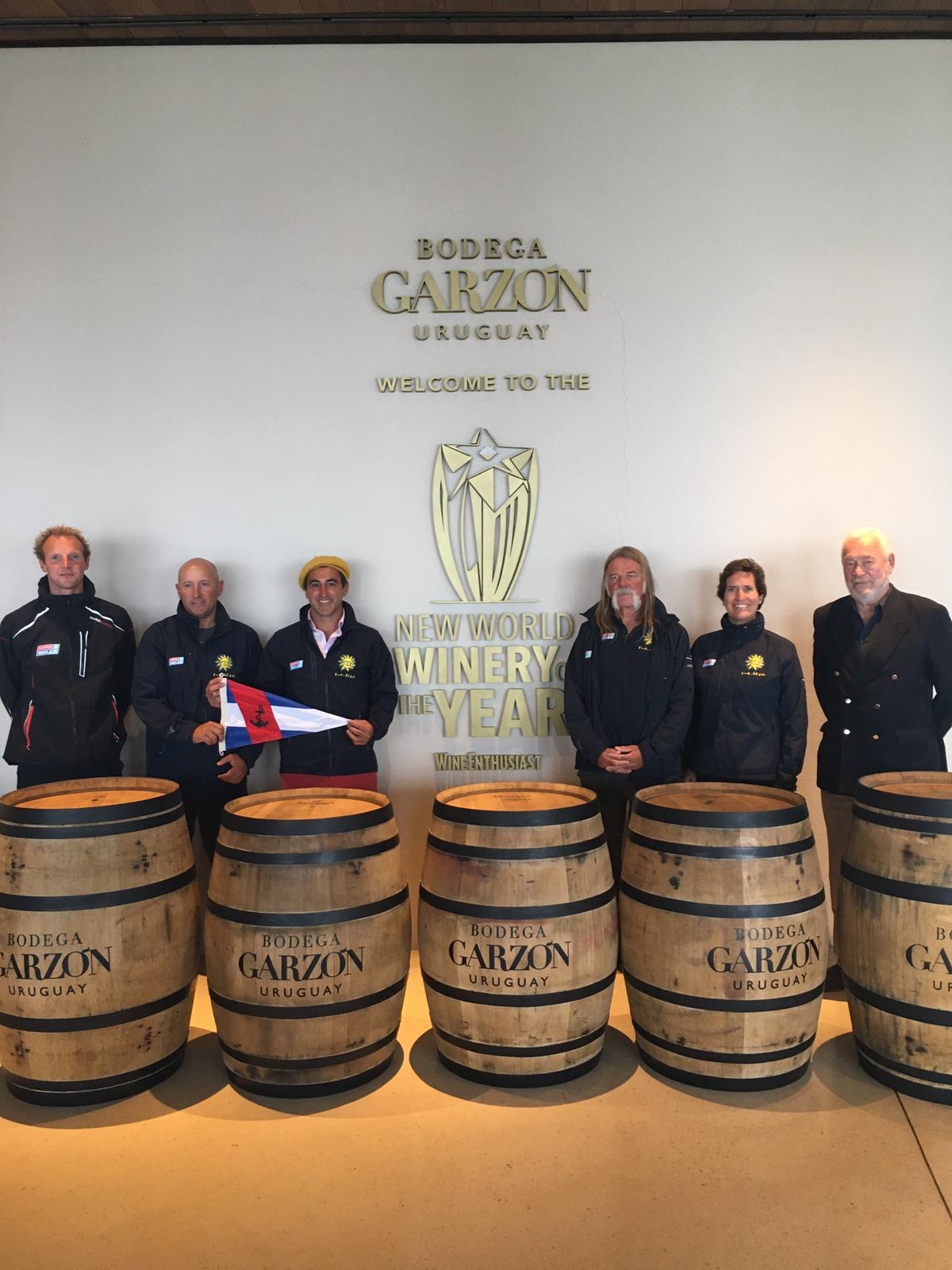 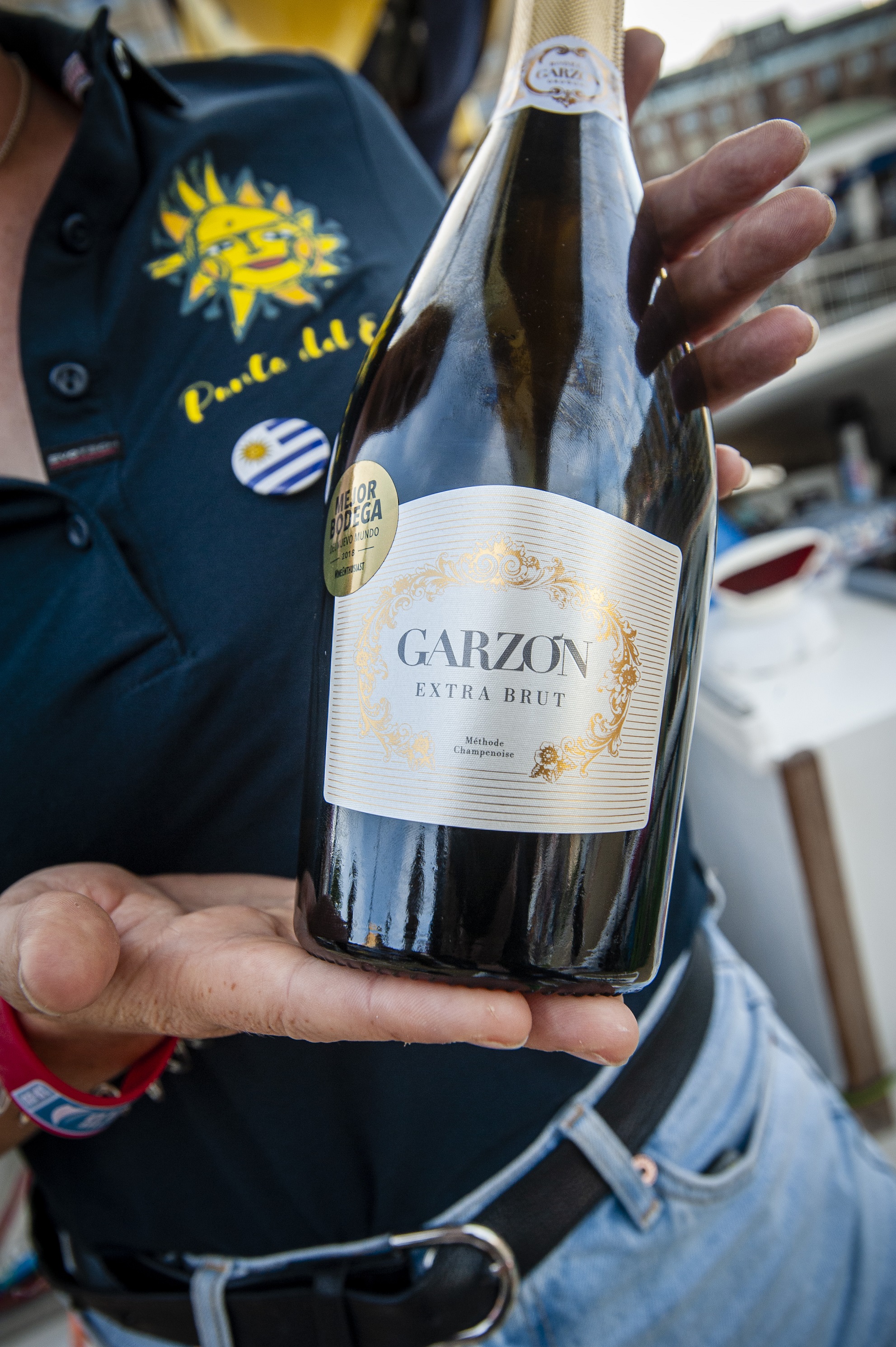 “During our stopover in Punta del Este, we met the rest of the team from Garzón and we were given a very special tour of the Bodega Garzón winery. I was excited to learn that Garzón produces Albariño, a grape really close to my heart brought from my beloved homeland of Galicia (Spain). Coincidence? I think not.

“The Garzón team was excited to show me its homegrown Albariño. After testing the Uruguayan variety I was pleasantly surprised. Whilst the Garzón is not Spanish, it is from my adopted country. Now I have two favourite wines from different corners of the world. Home from home.

He continues: “Garzón has been a great support during the race so far as we both share an amazing professionalism and passion for what we do. Garzón, its wines and its philosophy will be with us across the rest of the world when the Clipper Race returns early 2021.

Through the Clipper Race, there is an opportunity for crew to become ambassadors for the many Race Partners which the sailing event collaborates with as it traverses the globe. Clara Carrington, an HR Manager, from Spain, who is a round-the-worder on the Clipper Race, teamed up with Garzón and has been able to learn about and support the winemaker during stopovers in Punta del Este and Cape Town.

“As Garzón Ambassador, for the Clipper Race, it was an incredible opportunity to visit and see for ourselves the fabulous and unique vineyard they have in Garzón. It has recently been rated No 2 in Forbes’ World's Best Vineyard list. 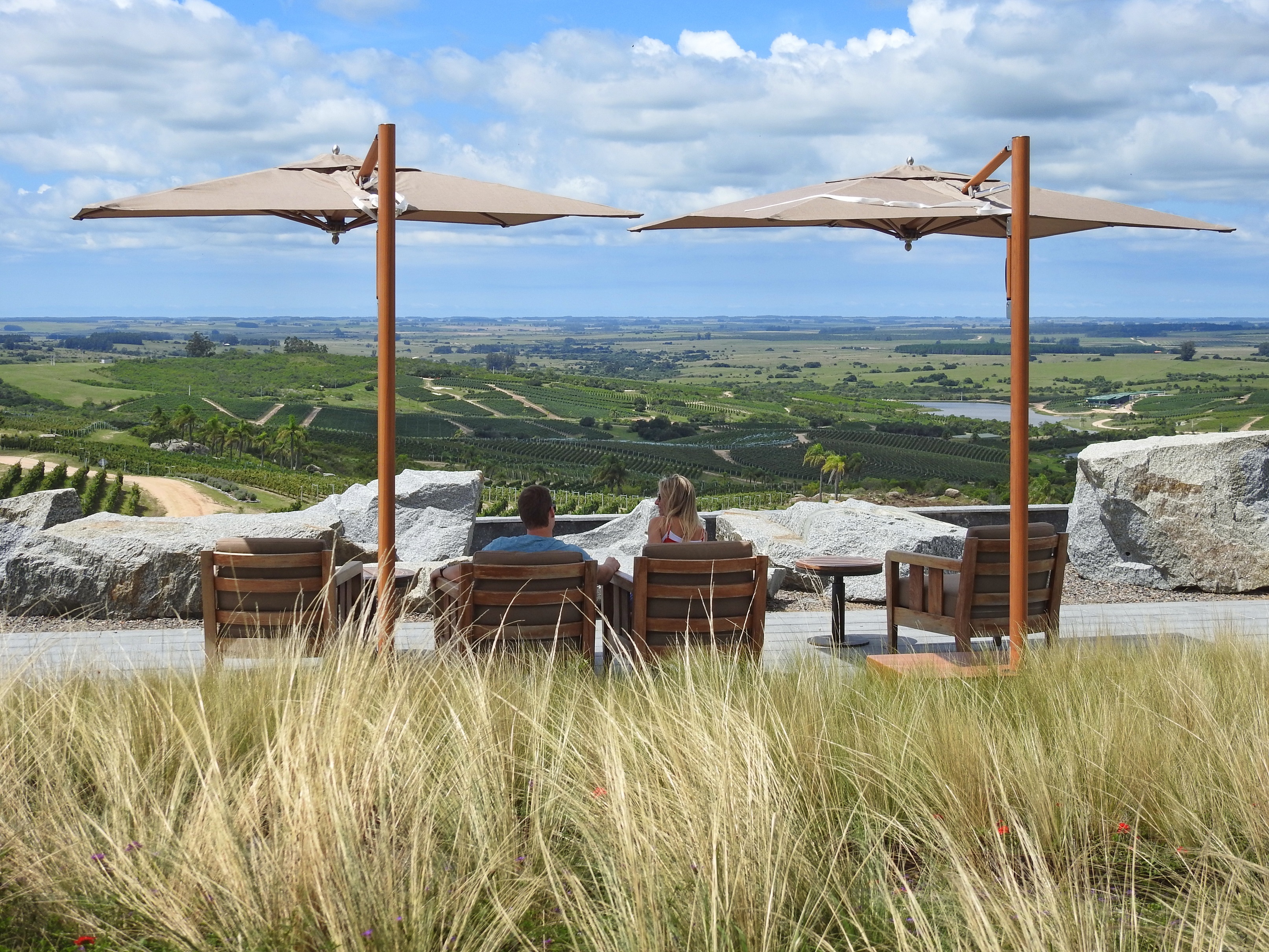 “As we drove to the modernly designed winery, we were able to see the terroir and were accompanied by the winemaker. We learned that Garzón represents more than 75% of theAlbariño planted in Uruguay, and that they also make one of the best olive oils from their olive trees.

“We were also fortunate to enjoy an afternoon sailing with Garzón guests, led by Nicolás Bonino, Marketing Manager of Bodega Garzón, and to enjoy their different wines during the Clipper Race Prize Giving Ceremony held at the Yacht Club Punta del Este. The Garzón Tannat red wine has now become one of our favorite wines! 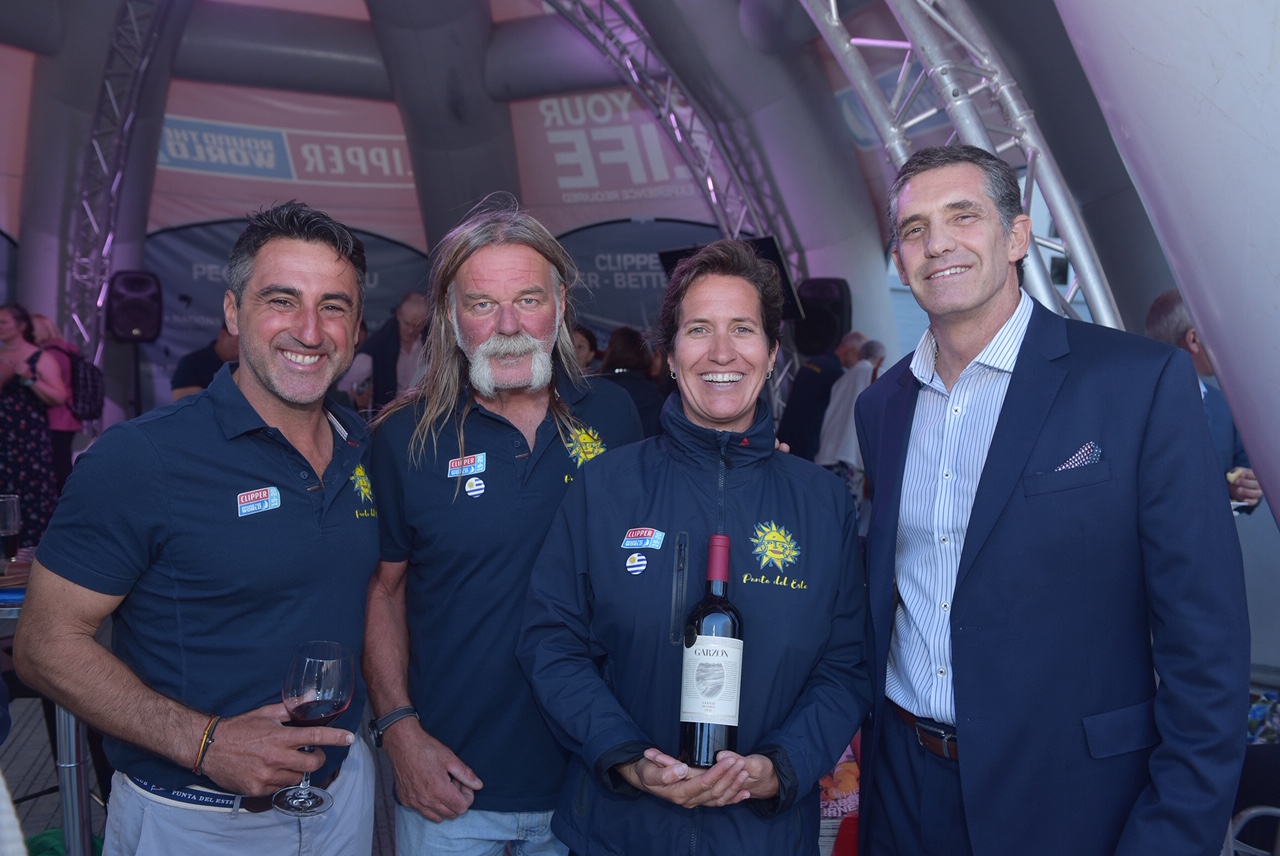 “As we sailed from Punta del Este to Cape Town, little did we know that we would be able to enjoy another special evening, toasting with Garzón. The Uruguayan Ambassador and his wife surprised us with a reception for the Punta del Este Crew and local diaspora, in the V&A Waterfront, accompanied by Uruguayan cheeses and Garzón wines.” Since the race has been postponed, Clara has been living in Punta del Este, so a glass of Garzón is now close to hand to enjoy before she returns to the race. 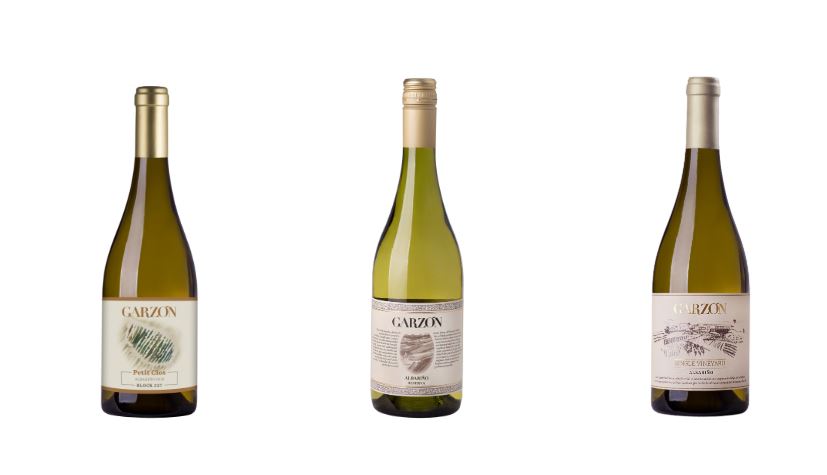 Garzón has three albariños in its portfolio to enjoy, Albariño Reserva, Albariño Single Vineyard and Albariño Petit Clos. Garzón Reserva Albariño is a good match to many dishes, in particularly seafood dishes such as ceviche and sushi. If all this talk of a chilled glass of wine has worked up a thirst, wines from Bodega Garzón are available around the world. Click here for stockist details.

I am not sure whether my burning face is due to the sun, the wind, or the high pressure blasts…